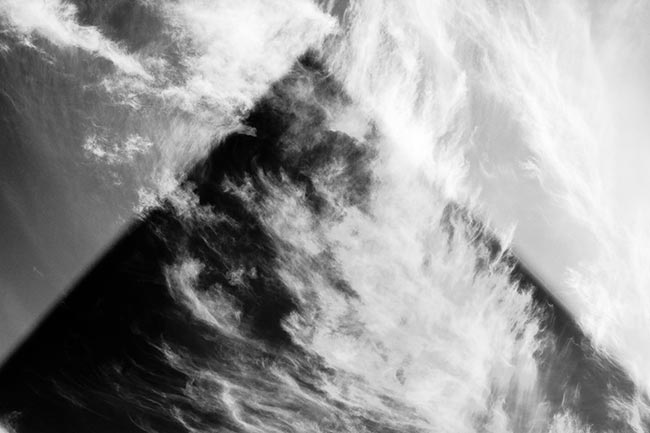 Basking in the comfort of clouds sits a triangle dictated by light and shape – and how they combine to make form. It is this lucid form that matches the reference points throughout and stand out like sign posts on the motorway. Usually with photographs, captions assist with extra information, but here the accompanying sentences lodged beneath pictures become the clues to a blissful intention. Although the captions come across as loosely factual, playing out more like a poem than the relay of information, the pictures carry a definite craft that leaves them undeniably photographic. Even the reproductions of other images, titled with famous stars of the music industry, carry the sense that it is always thoroughly photographic.

The ideas carried forward show a deep affection for the mediums of both music and photography, but an equal passion matched with the intriguing interest in the fame of past stardom. With a title referencing ‘The Dark Side of the Moon’, Barry Stones’ series The Darkside of the Rainbow sets a tone of authority and deep musical knowledge, yet only talks simply around the subject. They become familiar yet feel somewhat different to the original statements they were before. The photographs almost feel like musings over the state of their legacy, mixed with the introduction of inspired greats that made their modern marks to a different generation. Heavily influenced, the pictures create homages to the adored, yet all we receive are disparate segments that we attempt to place together as each reference instantly hits our memory banks. Always viewing them from the fan’s perspective, the flash meets the pixellation of a scene dedicated to the untouchable, the unreachable, even with a VIP backstage pass.

As much as the work delves into photographic traits, the manual post-production of photographs and original pieces of artwork begin to make their way into the series as it reveals another mystery for us to decipher. Images of the idyllic become gently attacked with streaming paint, the black absorption seeping the differences between the photographic and painted layers. Common references combine themselves like a selection of odd people in the queue to a concert, forming clusters of common jumble. These statements act as fact, yet fool us into taking it as it is; rather it requires more quizzical understanding and is reliant on our previous knowledge of making the references culturally native, instead of wandering into the unfamiliar.

Yet, the combined imagery feels crafted with humble hands, taking into consideration the mark these artists left behind; not hiding behind the use of reference to delude it as something more than it is, but uses it to intrigue and incite a return to viewing the series. Its production, scrapbook-like, feels as though it could have been exhibited on the walls of a revoking teenager of that era. Yet the images project sophistication in their qualities and their position as they sprawl neatly across the walls of galleries, as their patterns finalise the intended feeling. It is a celebration. They celebrate the lasting impact of the subject of choice, and how the music had been imprinted in our memories in several ways, each reading different to the next. And through their photographic qualities they show a sense of discovery, with no concrete and logical back cover. As the title sets the work off, inevitably it begins to merge the references and personal feelings to create a project doused in warmth and affection for the publicly affected and the affecters behind it all. 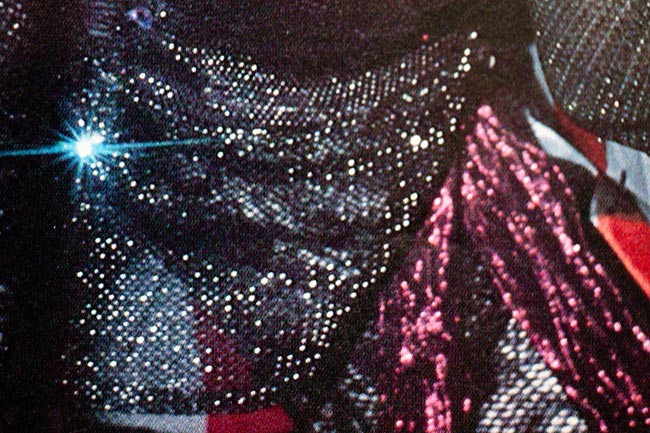 The Screen, Spot, and Stain of Jon Bon Jovi 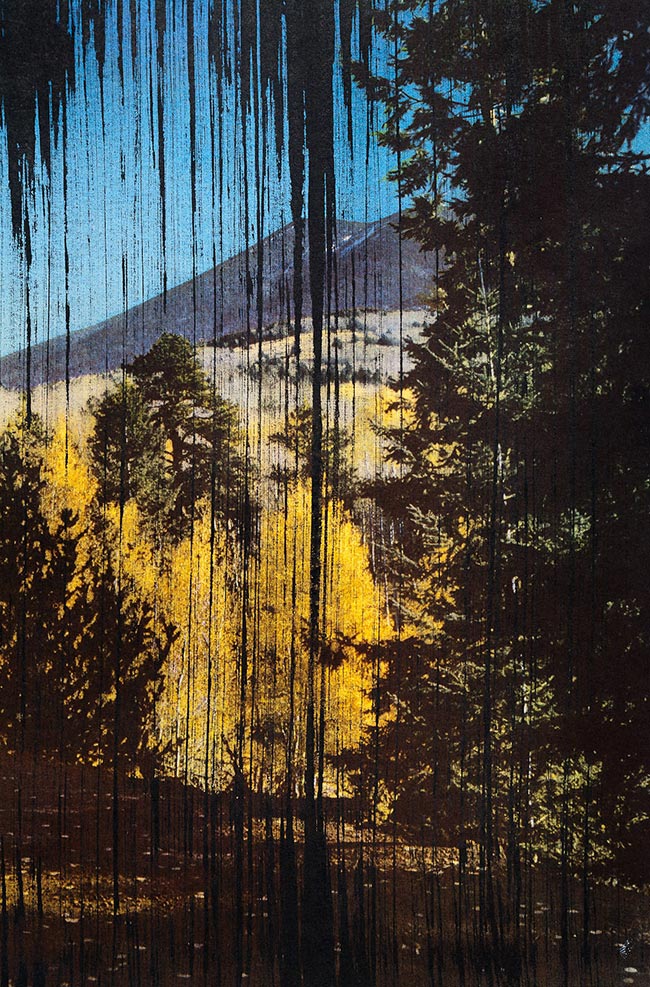 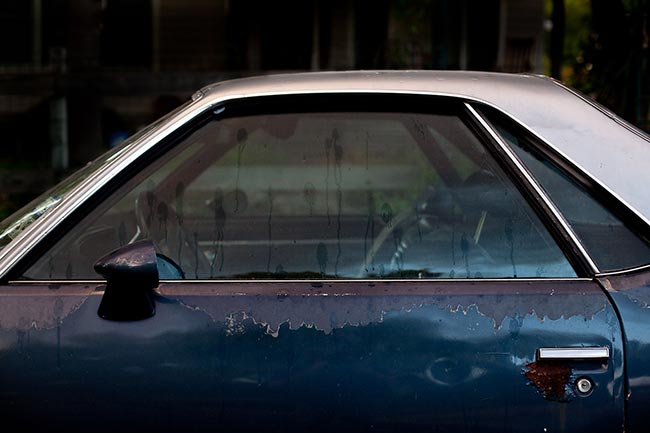 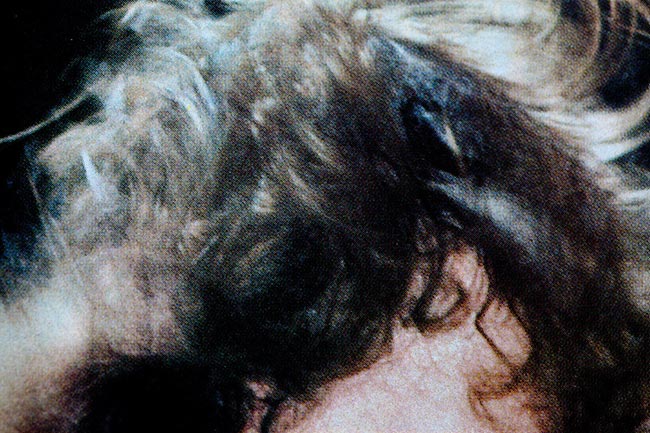 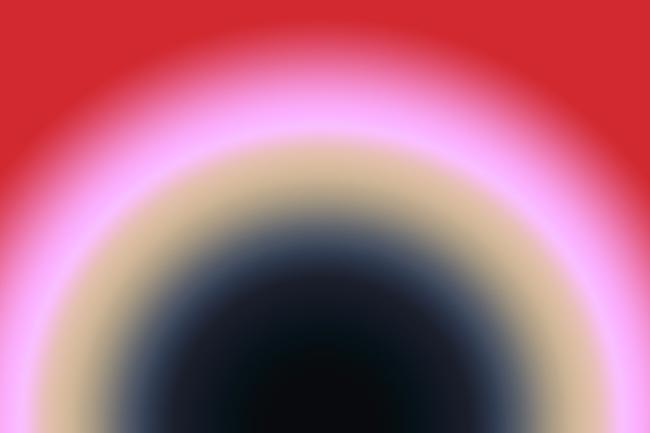 Kelly Osbourne as a Rainbow attending the funeral of Amy Winehouse 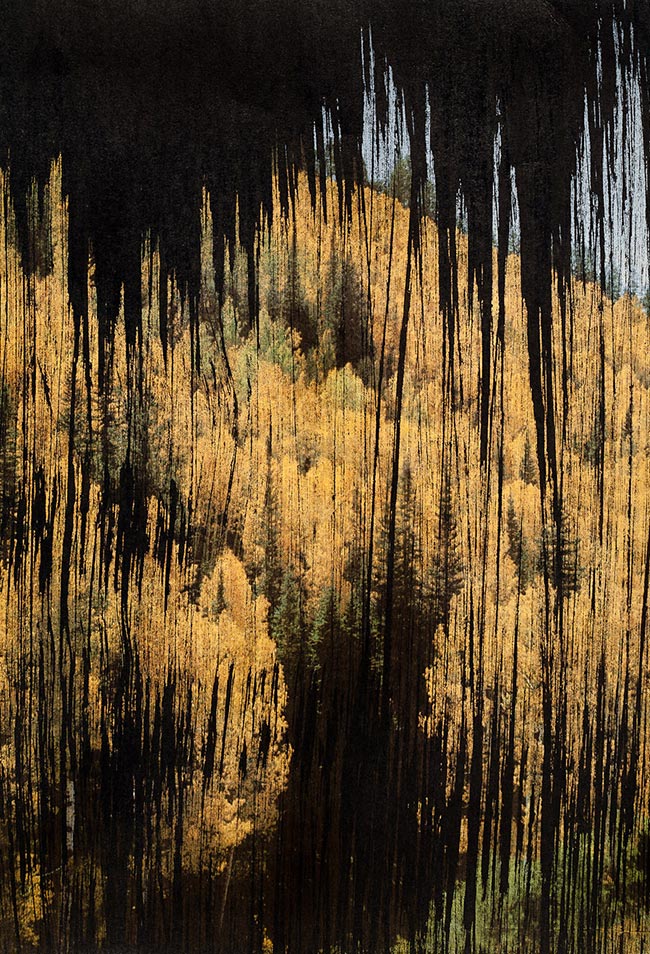 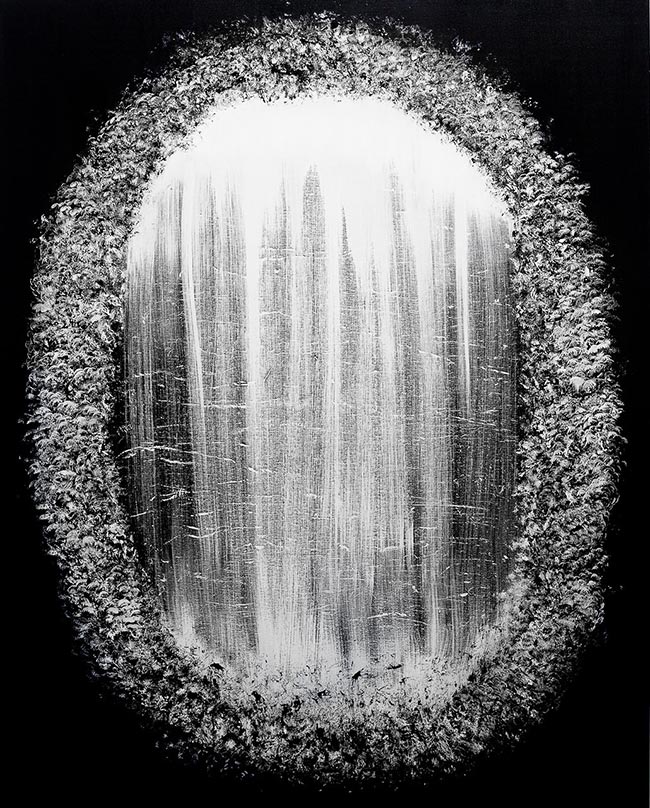