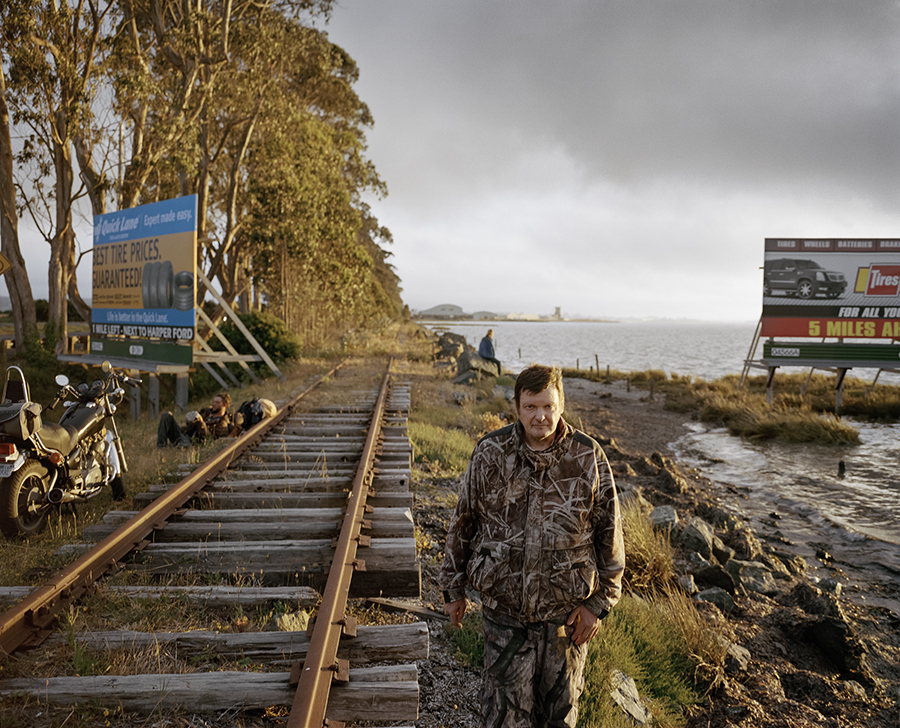 It’s nothing new to say that America is an extremely divided country, perhaps divided most of all against itself, fractures that mark out the ever-widening gap between those who have (more than) enough and those who never will, simply because the organisation of society at every level is so implacably rigged against them. Such divisions are not hard to see, for those who care to look, but they are still difficult to make comprehensible. Curran Hatleberg’s Lost Coast is a loose study of a place that isn’t really anywhere in particular, but whose history (and present) resonates with the forces that have defined – indeed, deformed – modern American life. The place, in so far as it matters, is Eureka, California, a former timber boom town and supply line to the gold rush that now seems to have played out its last hand. Of course, the widescreen desolation of post-industrial America isn’t an unfamiliar subject, but Hatleberg’s take is much more intimate, with the daily life of the town’s inhabitants front and centre in the pictures, which are not presented as a record of sociological fact, but add up to a sort of drama about a place and the relationships that constitute it.

More immediately obvious, if by no means more significant, is the form that the work takes, positioned between documentary and those practices that draw on the vocabulary of fine art photography. Hatleberg’s amalgam of these disparate resources shows up most pertinently in the feeling that some of the pictures, those that are more forthrightly ‘narrative’ in scope, belong the trend of staged photography that seemed to dominate the medium just a few short years ago. Of course, whether or not the pictures are actually staged is a moot point; the issue isn’t their authenticity, however that might be determined. What matters is Hatleberg’s recognition of how these pictorial strategies might be employed in the space of the photograph – and of the photographic narrative – in order to create meanings that would not be otherwise accessible, especially with the tools provided by the documentary tradition, even in its more recent variations. He is taking ways of thinking about what the action within a picture can do when it is controlled or performative and applying them to real situations. This is not about how the picture is made, but about how the visual space inside it works – how it tells the ‘story’ of a scene and how those stories, when viewed together, add up to a composite view of a place that pushes the boundaries between what is real and what is fictional. 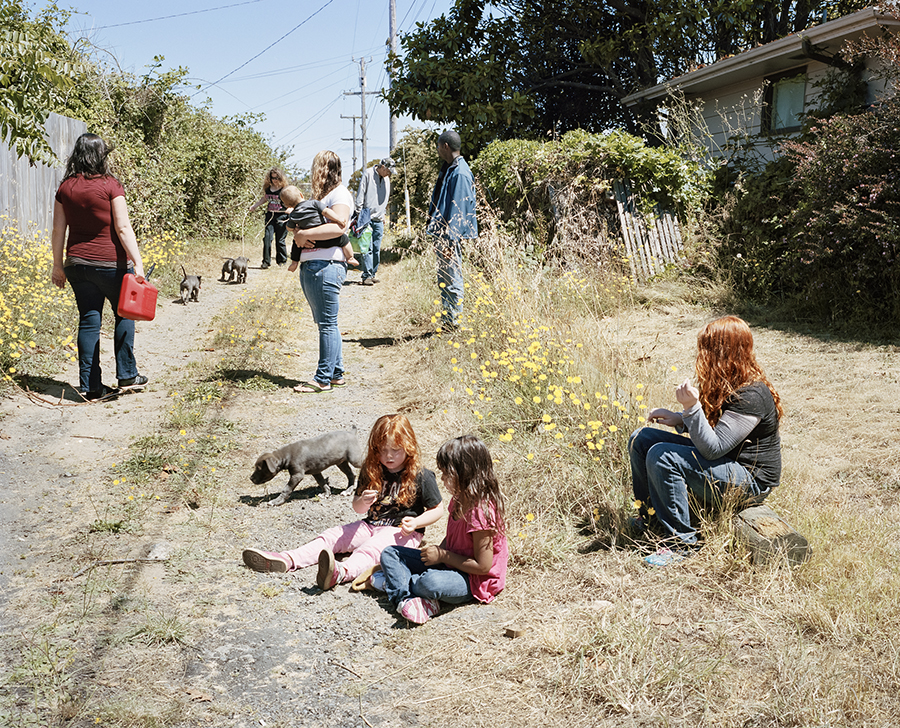 At the same time, there is nothing arch about the work, nothing that disregards the specificity of the lives that it depicts. Whatever else it does, Hatleberg’s approach suggests that we can’t really connect (photographically) with the lives of other people, their struggles and joys, except by making a fiction of what we see, because it is to some extent inevitable that any account the pictures give of their subject is a ‘constructed’ one. There is no need to assume, however, that it can be any less truthful for being so, in the hands of a photographer who understands the sort of complexities that are at stake, as Hatleberg clearly does. How he articulates the dynamics of each scene or encounter has significance beyond what actually takes place – of course, the same would be true of any picture – but the way these dynamics build up, layer upon layer, in the work as a whole, shows that this is something decisively other than a mode of reporting. The understanding we gain from it falls between the descriptive and the metaphorical, with each person becoming a kind of character in the story that is being told, a story that is ‘about’ them, but that, wisely, does not feel obliged – or able – to actually speak for their lived experience as something beyond what is pictured. We can’t know these people or their lives, really, but we can know what the pictures tell us about the world they – and we – live in.

Take, for example, the image of a man cutting a watermelon on the patch of waste ground next to a service station, while two women with children sit talking on a low wall nearby. Quite apart from the strangeness of this situation, there is a wilful lack of resolution between the different elements of the scene, becoming even more insistent the more we notice about what’s happening – such as the guitar that lies abandoned behind the man, partly concealed by his contorted posture. The whole moment, which perhaps existed more in the camera’s viewfinder than in reality, is replete with ambiguities of class (and, more indirectly, race) that are never far from the surface. The relation between this action and its setting, the unintended path made by people seeking a shortcut, the windblown papers snagged in the scrub, is equally important. Hatleberg’s attention to the infrastructure of the town, with its worn surfaces and general air of making do, matters because even in those images where no people are seen, we can still trace lives being lived, histories spelled out in the improvisations that fill the gap between what is needed and what is available. It’s there too in the charmed, if ungainly objects of memory and the small touches that help to transform the mundane.

The town, then, is real enough, and so are the forces – social, economic, historical – that have shaped the lives of those living there. We don’t see these forces, because they are, in a sense, impossible to picture, except in terms of their effects, so Hatleberg creates a mood that is sustained throughout the work, a sort of weary disconnection, felt by people who don’t seem to have much to do and all the time in the world to do it. This sense of stasis is figured individually – we see, after all, specific people – but is, in the end, the consequence of how the world in which these people live is organized and not solely the result of any choice they might have made; choices that have, in truth, already been made for them. It is the impoverishment, simply, of not being valued. These ordinary scenes have a resonance, an energy, that won’t let us forgot how the ‘ordinary’ is connected to and implicated in something much larger than itself. How the town has come to be ‘lost’ is at once the tragedy of America itself and the specific tragedies that the pictures suggest, though, it has to be said, never entirely reveal. And yet, even here there are still glimpses of affection, of laughter, of human warmth. We are not beyond hope. 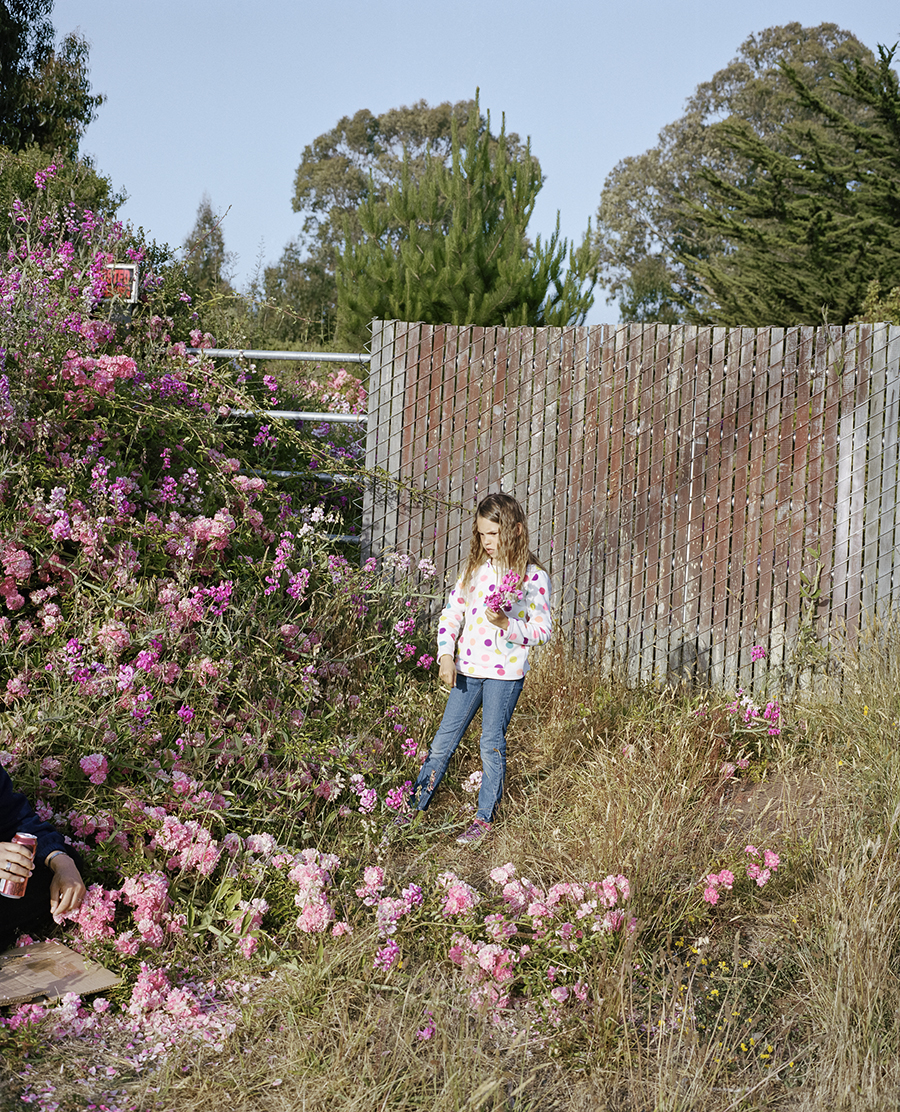 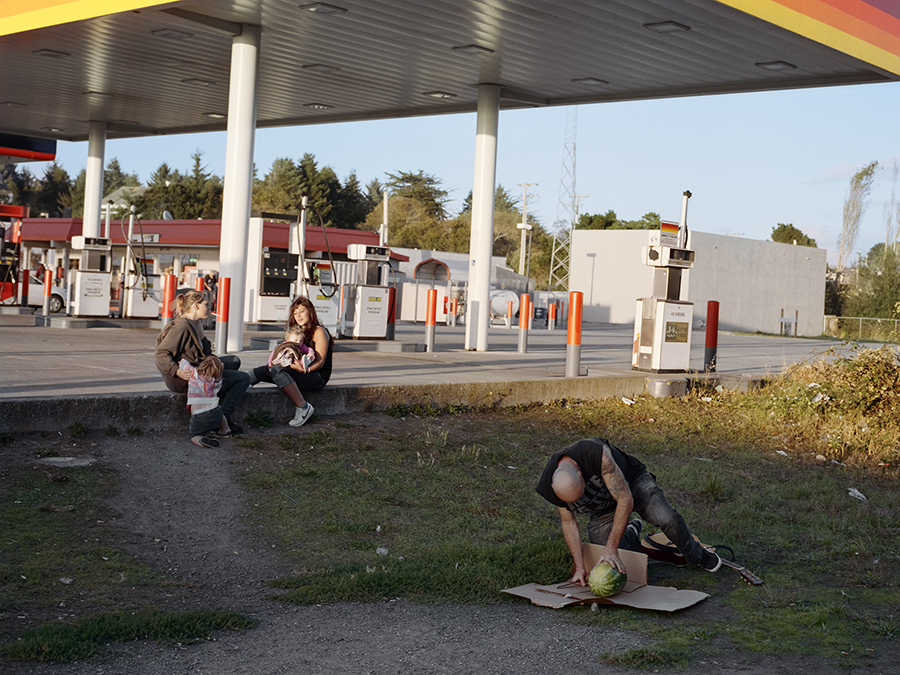 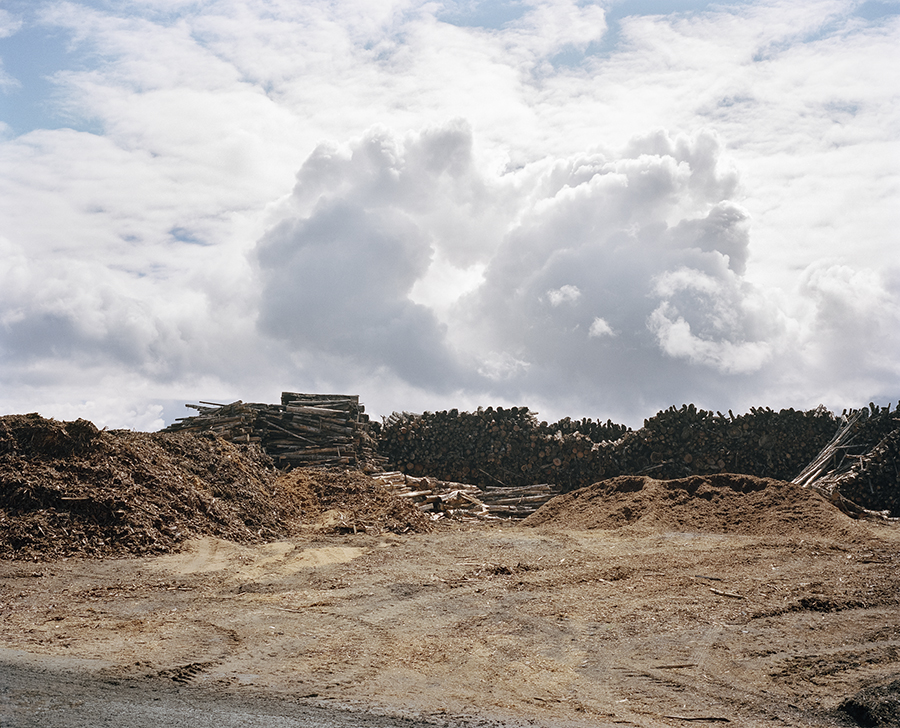 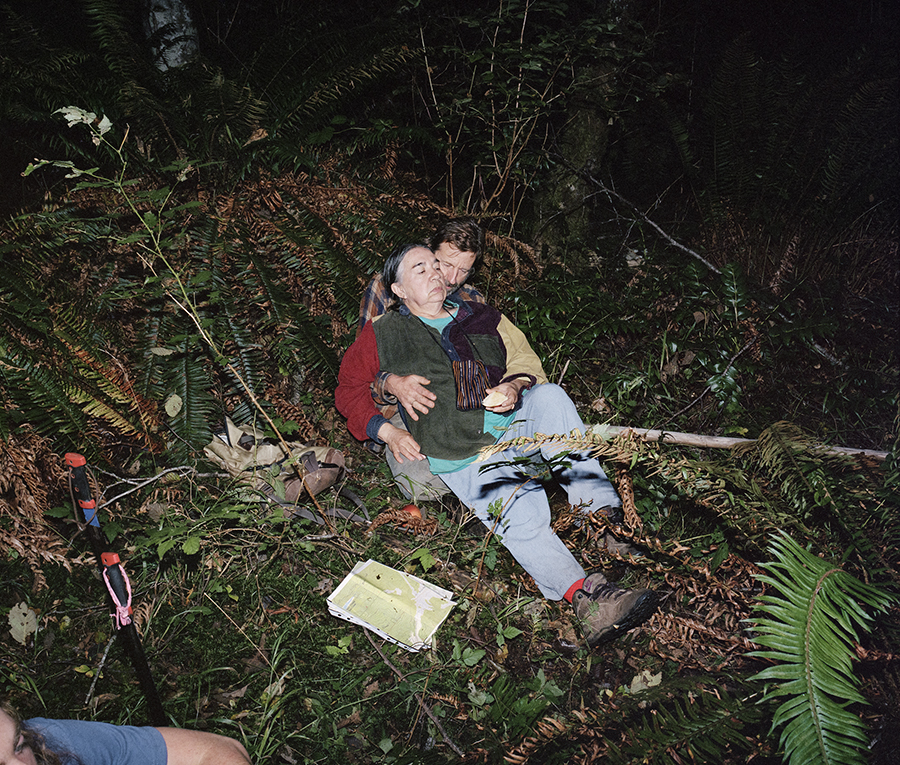 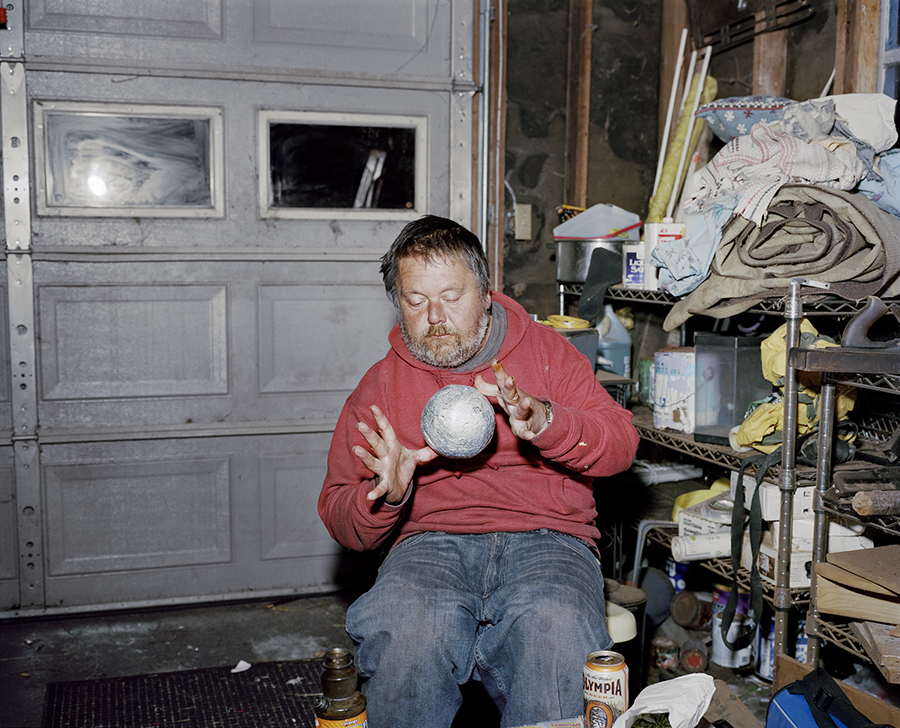 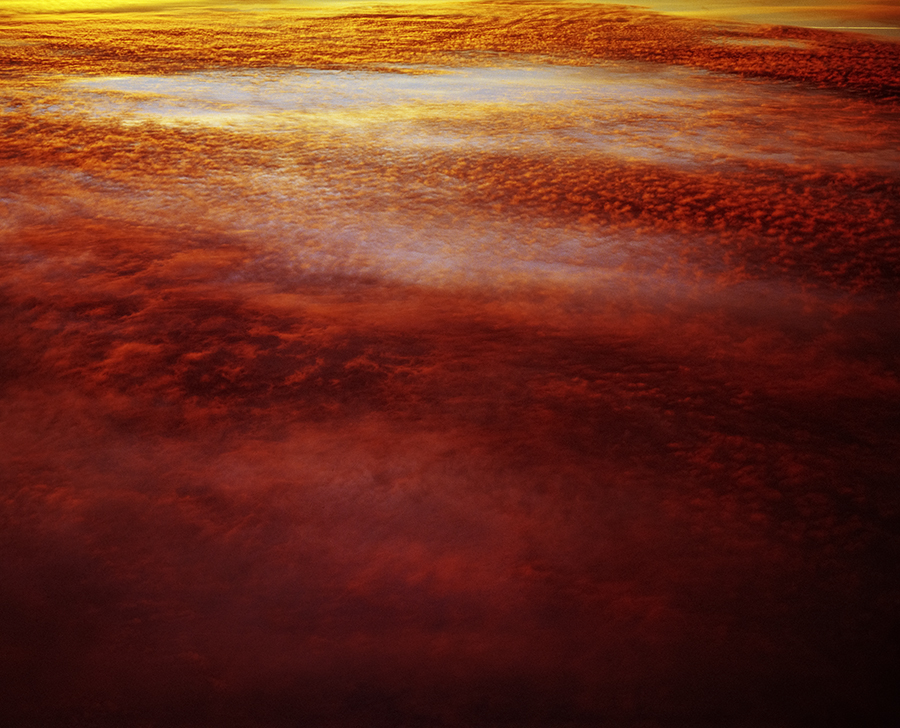 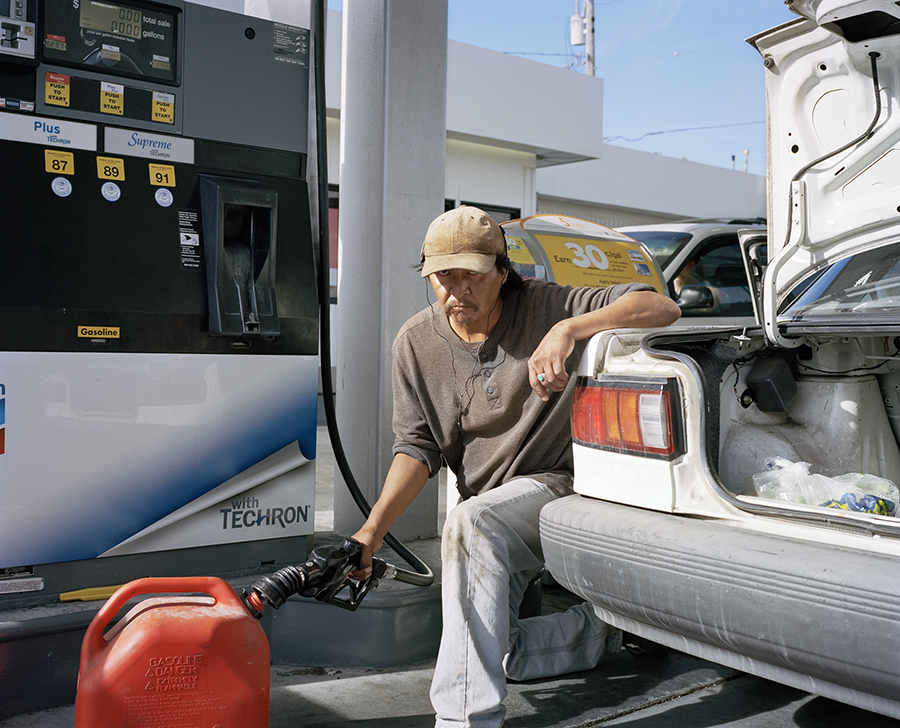