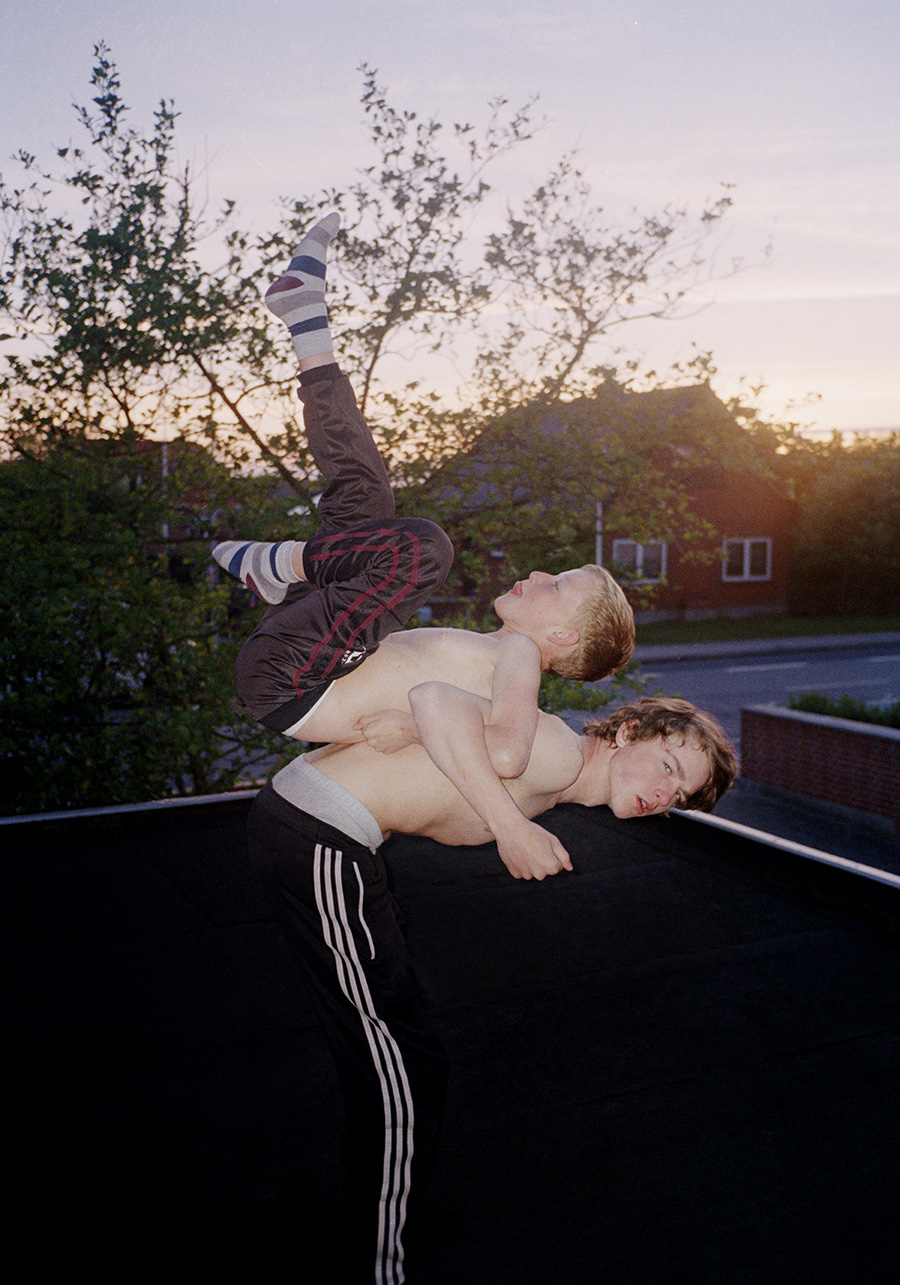 Though we’ve come to think of families as a particular, fixed constellation of relationships, the idea rarely matches the reality. There are, of course, many types of family, some forged by choice, but more often by circumstance. The relationship between Fryd Frydendahl and her nephews – as well as how she came to photograph them – is the latter case, as their mother (her sister) died giving birth to the youngest boy. It isn’t made entirely clear whether or not Frydendahl took over a care-taking role, but in a way, it doesn’t really matter. The title of the work, Nephews,  is simply descriptive, then, it names her literal relation to the boys, but under the circumstances it marks an intensification of the relationship that probably would not have existed – at least in the way it seems to now – had their mother lived. The pictures are a result of that relationship as she watches them grow and change over the years, a stand-in, but perhaps not exactly a substitute for the kind of attention a mother would pay to the minutiae of her children’s lives, a limitation that the title itself makes explicit. This tension between the two roles is actually what seems to drive the work.

The pictures are mostly intimate, if not exactly diaristic, in that they don’t really show the small, banal moments of daily life; there isn’t much here of making breakfast and school-runs. Instead, they are more about play, points of heightened intensity or abandonment, even if it’s just to boredom. We see the boys grow up, but a legible chronology is not maintained throughout the work; the sequence often jumps back and forth, so that time occasionally looks to be reversed. The older boy, all hard stares and a new tattoo in one picture, can seem as baby-faced as his erstwhile younger sibling in the next. Perhaps it is inevitable that someone watching these boys grow up would see flashes of the child they once were in the adult they are becoming – and of the adult in the child, one state written imperfectly over the next. Frydendahl demonstrates that oscillation in the pictures, and maybe she is, unconsciously or not, also looking for some glimpse of her lost sister in the boys, who carry an inheritance they might not even be able to recognise. 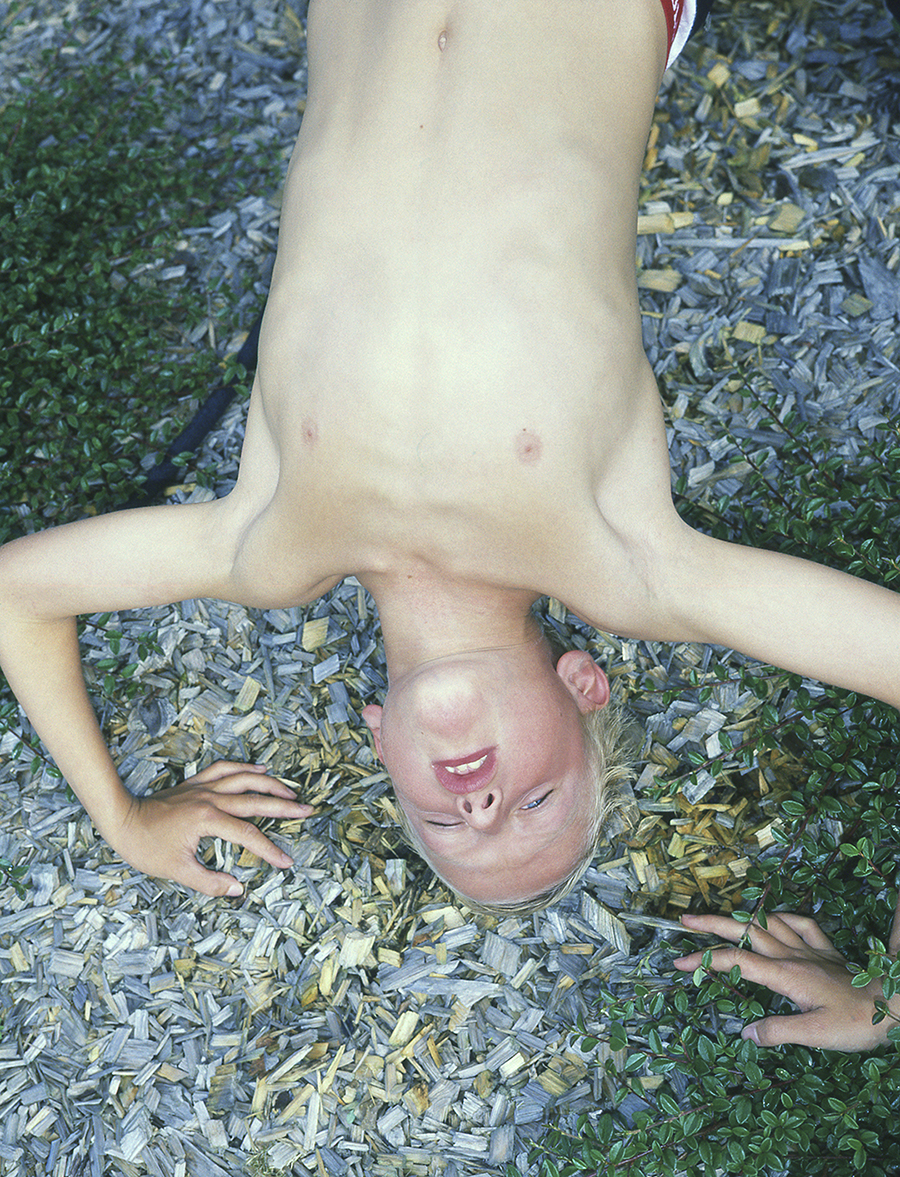 Frydendahl also captures the unique, febrile inwardness of her young (male) subjects and while the traits of ‘maleness’ are perhaps as much societal as they are biological, there is no doubt that the atmosphere they create around themselves is charged and borderline aggressive, an atmosphere that we would perceive very differently if these were, for example, Frydendahl’s nieces, rather than her nephews. That aside, however, there is also a feral quality to the images, a sort of tension, that the viewer, once they know the background, probably can’t help but associate with the loss of the boys’ mother. This permeates the work and makes it, by her very absence, a sort of memorial, to the trace of her, in them, and for the imagined relationship she might have had with them. The pictures evoke that relationship in a particular kind of attentiveness, of seeing what matters beyond the everyday – though far from simple – tasks of care-taking; they bring us, perhaps inevitably, to the realm of memory, and of imagination.

There is also, then, a performative aspect to the pictures, the sense of acting out a role, or rather of growing into a role, that of adulthood and of masculinity, of the boys asserting themselves as individuals and as siblings both, because surely ‘growing up’ is about taking possession of those different roles and fitting yourself to them, finding out how they fit you, or don’t. These changes are articulated in a myriad of small ways, in a look, in a gesture, and they are often fleeting, appearing in one image and gone in the next; this is not a consistent process. But it does happen, by increments and in often unexpected ways, which brings a bittersweet quality to the work as well, a sense of implacable change. There is no holding back time, and so a degree of uncertainty hangs over these shared moments, the awareness of an unknown future, despite the manifest closeness of the brothers and the loving eye behind the camera. But it is from these that Frydendahl has created a moving portrait of loss, growth and, ultimately, hope. 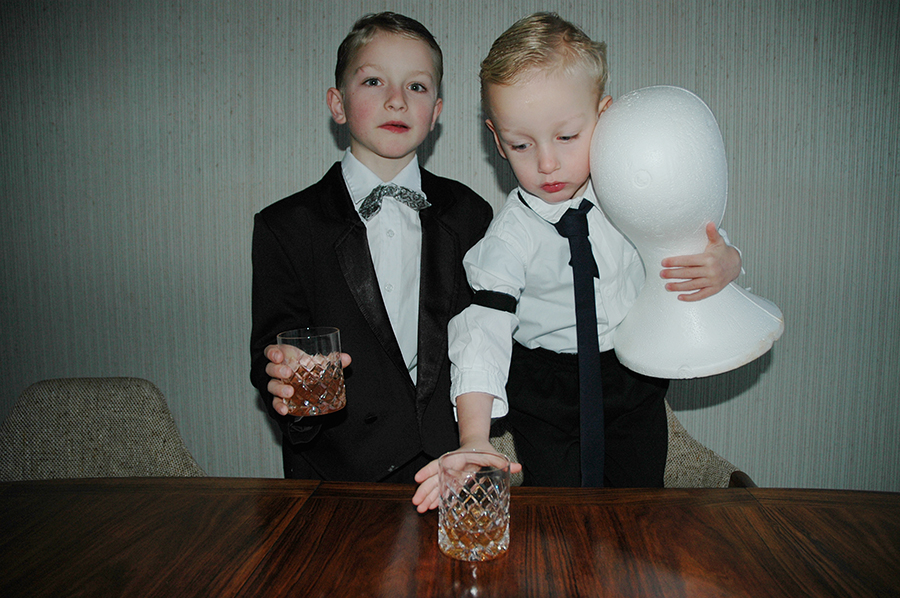 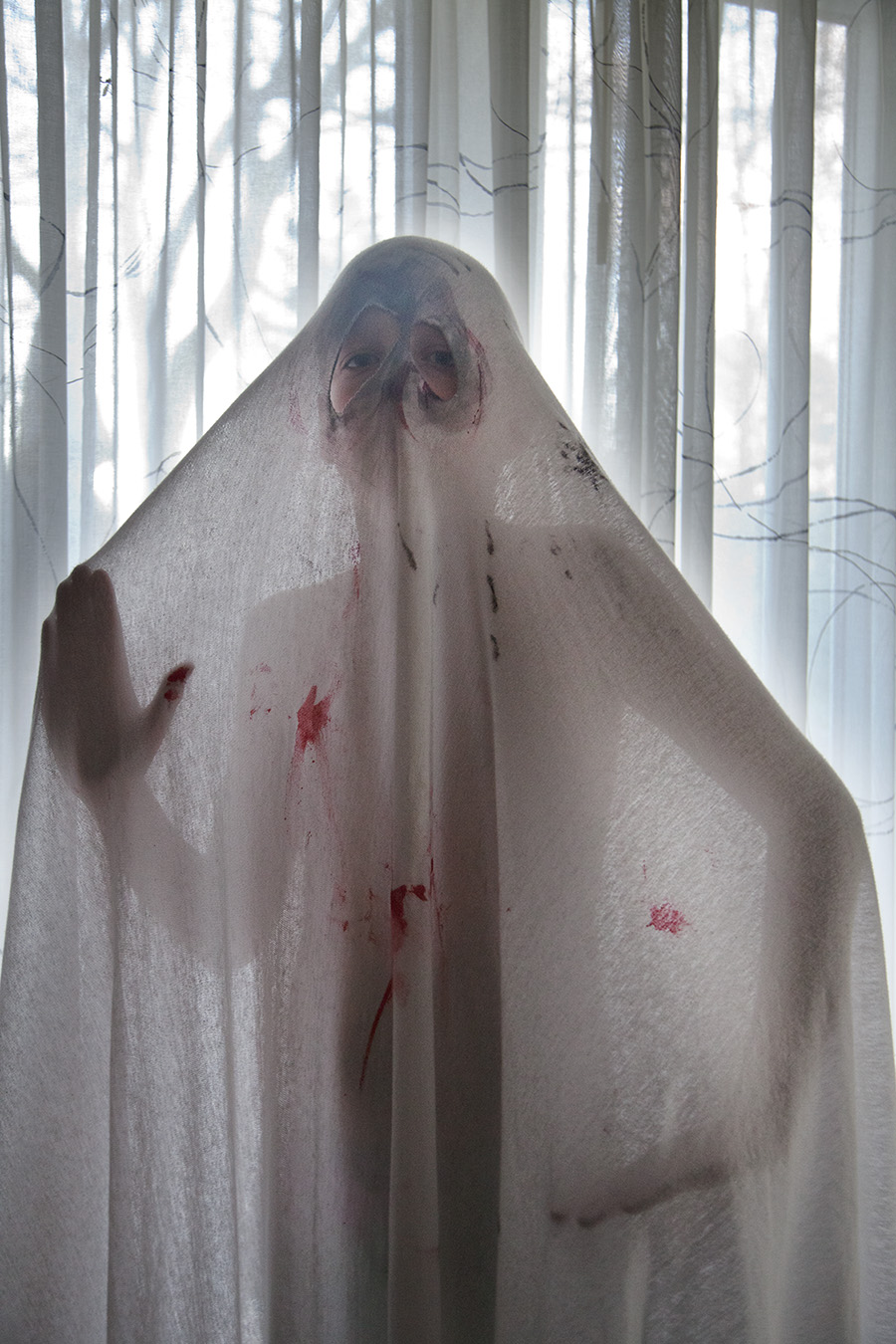 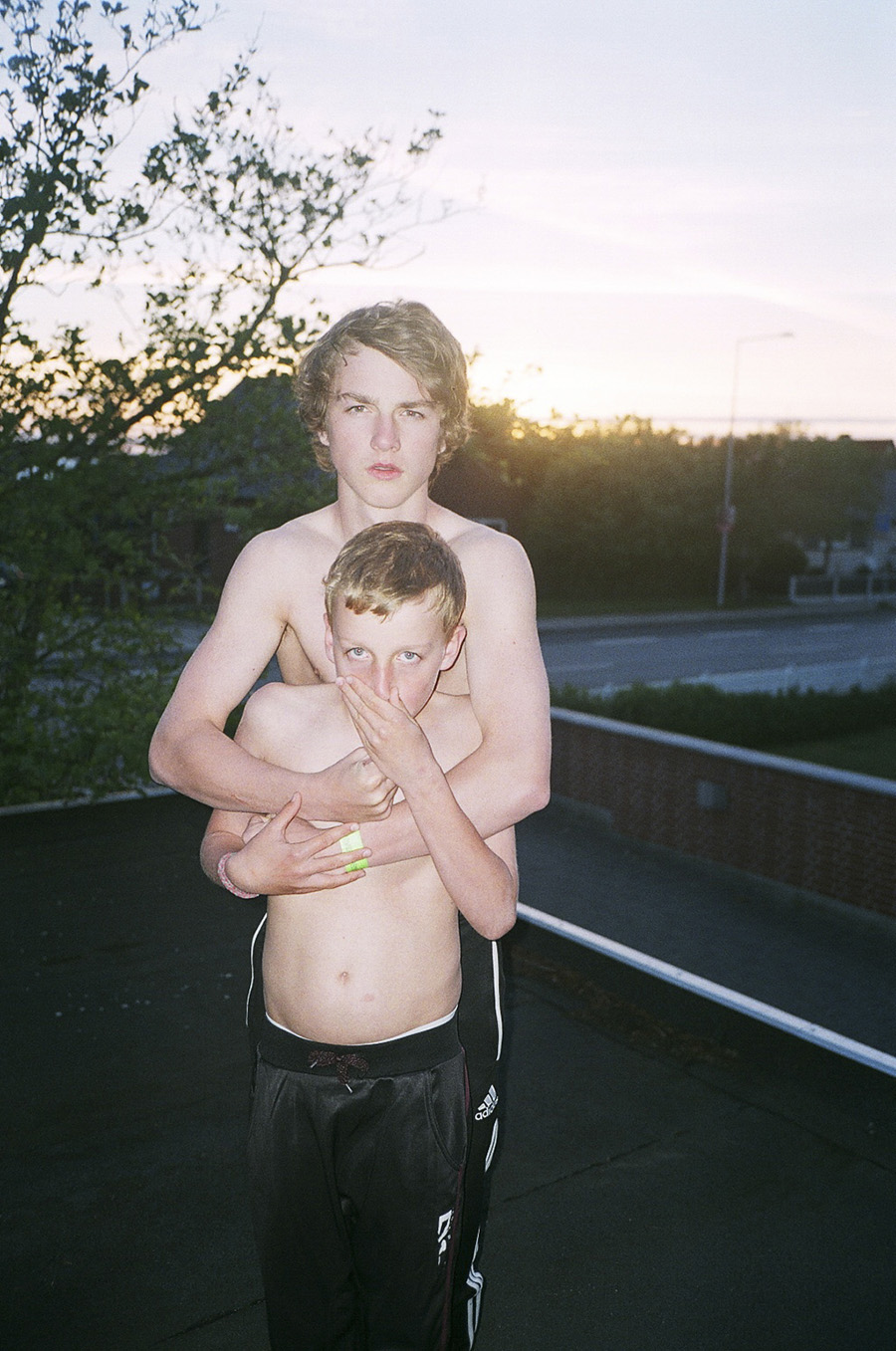 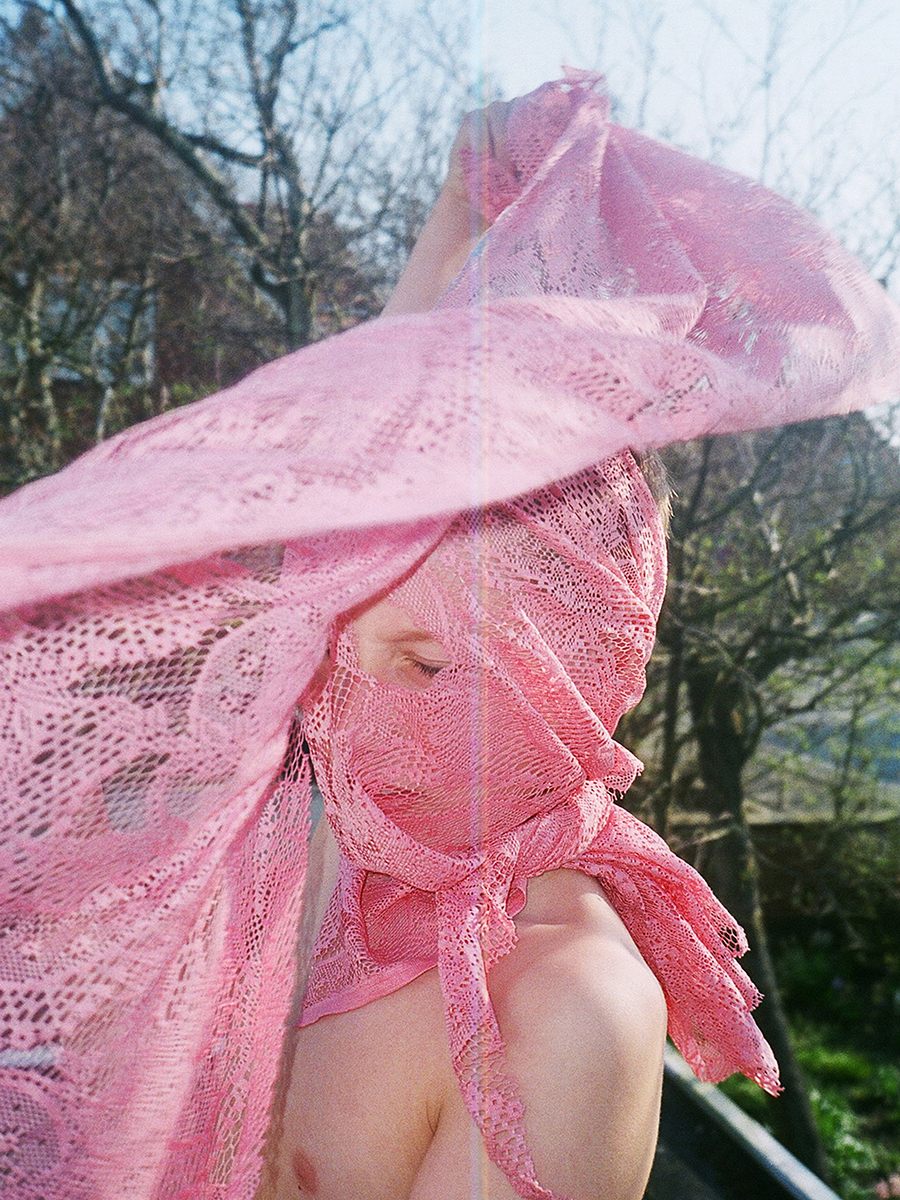 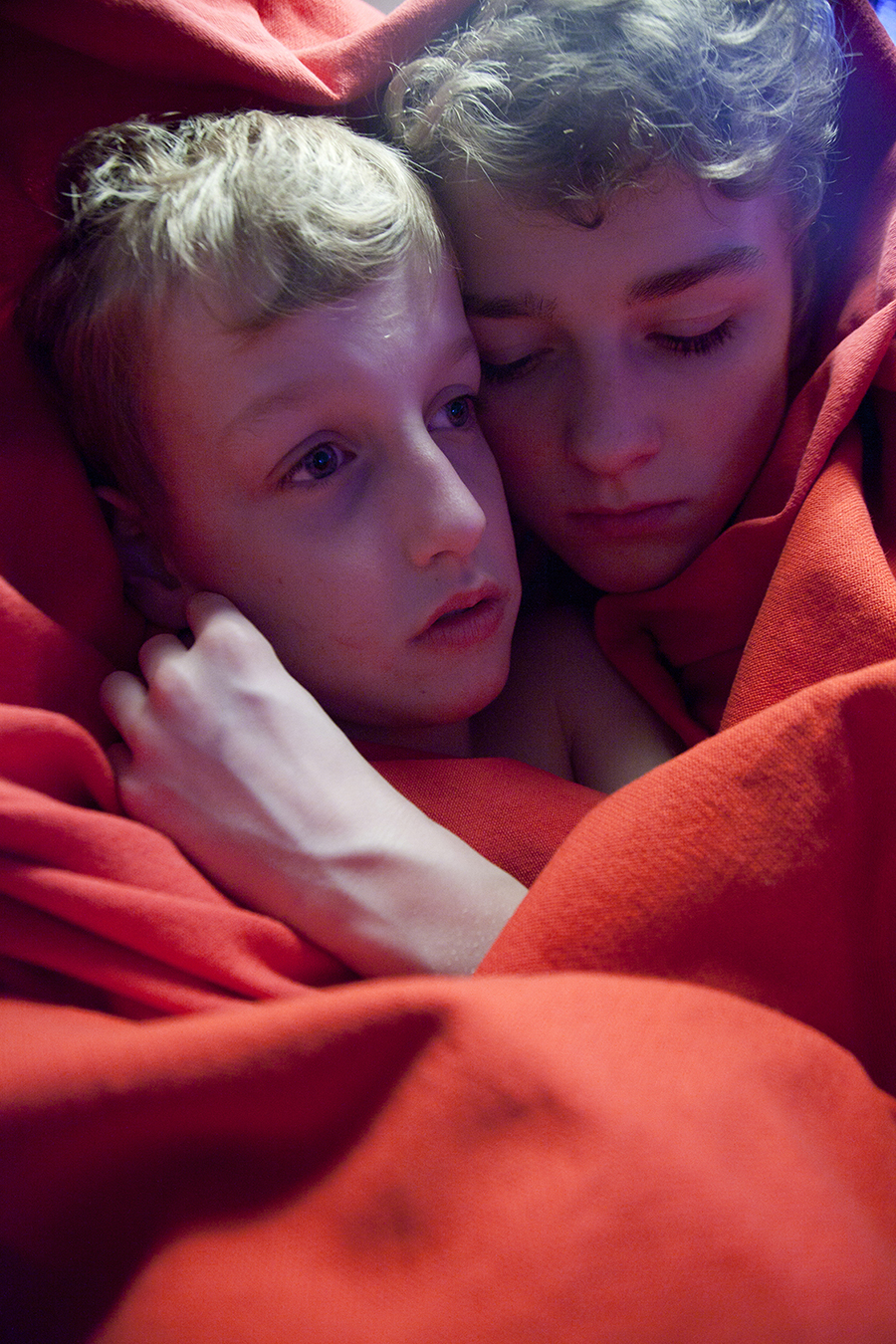 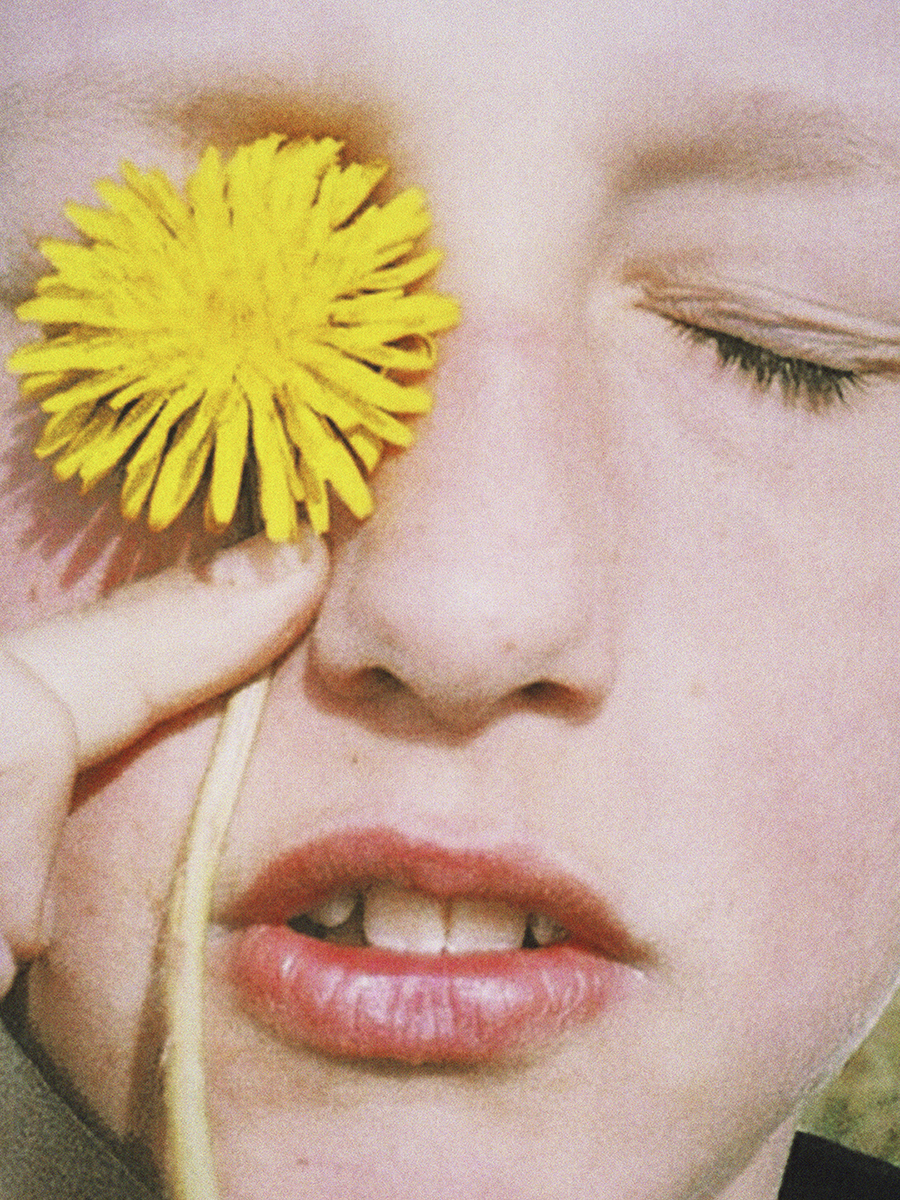 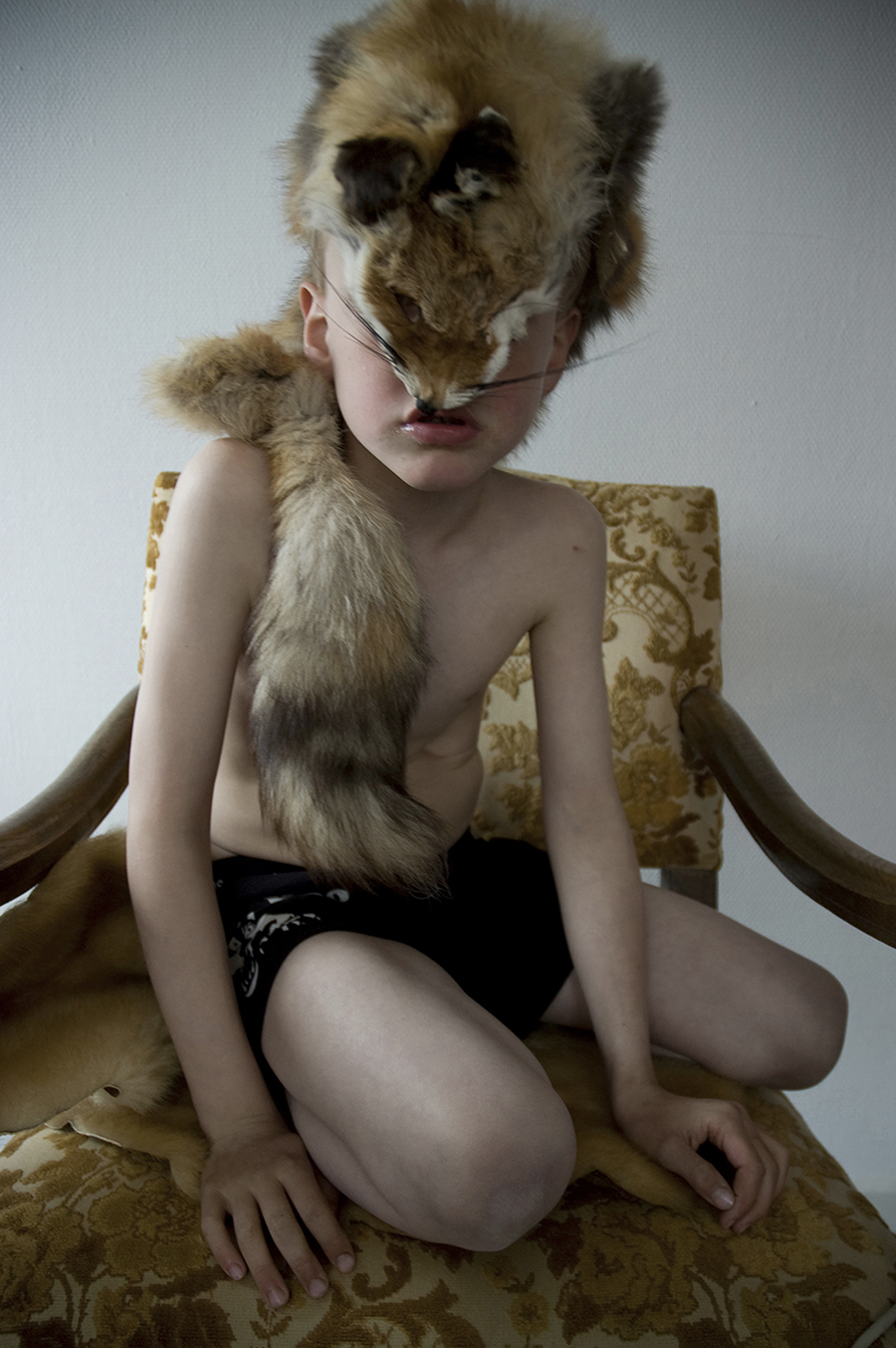 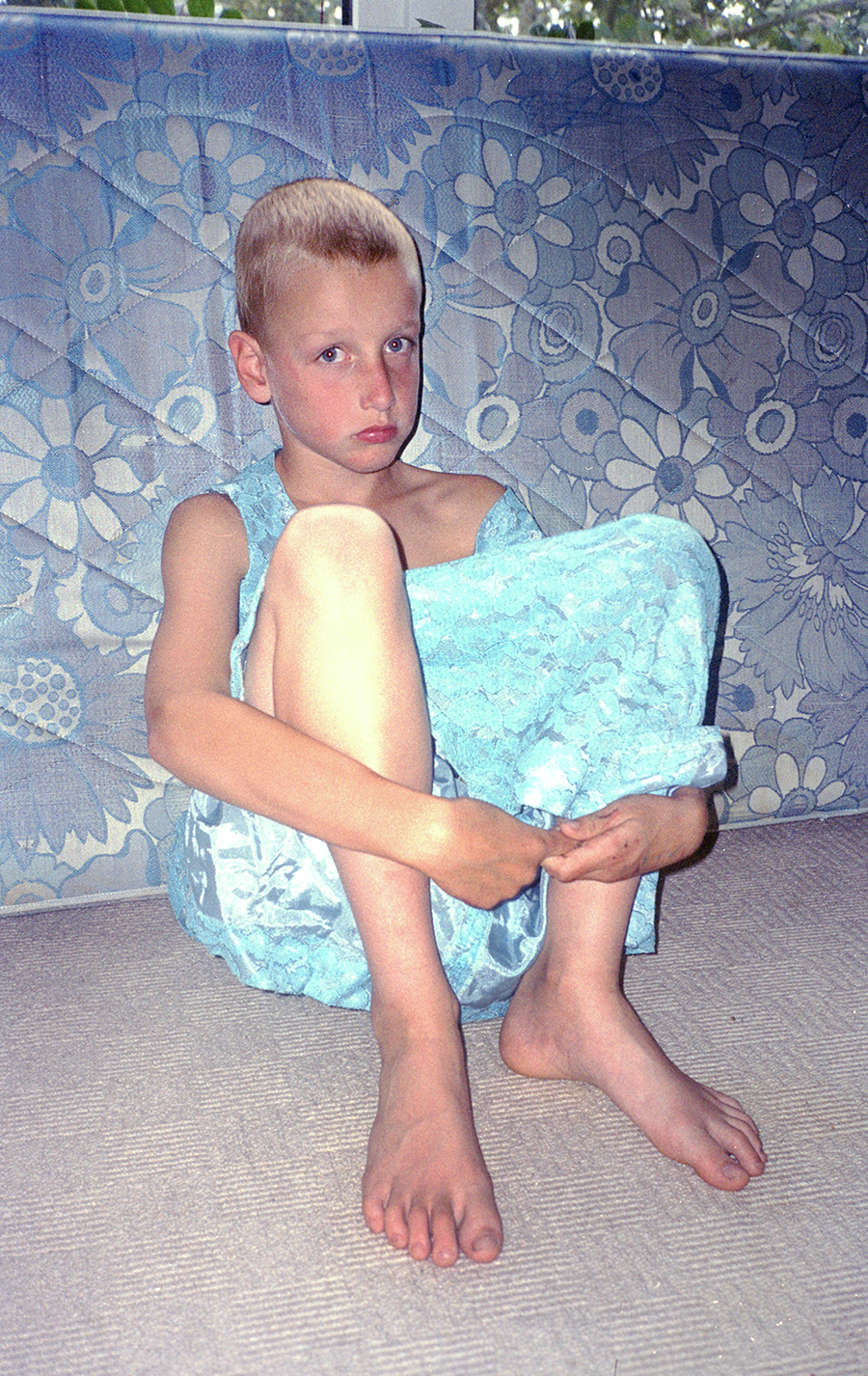 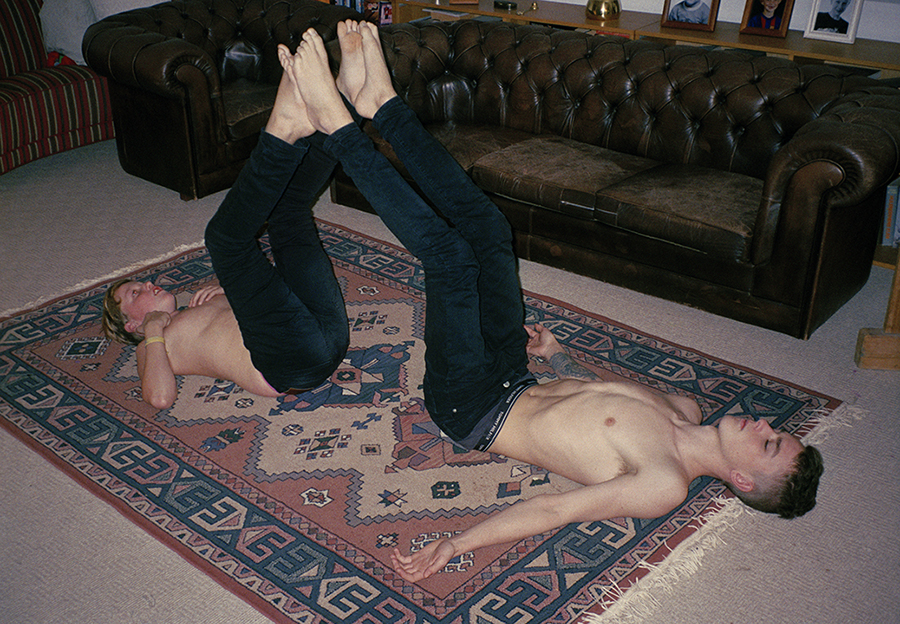 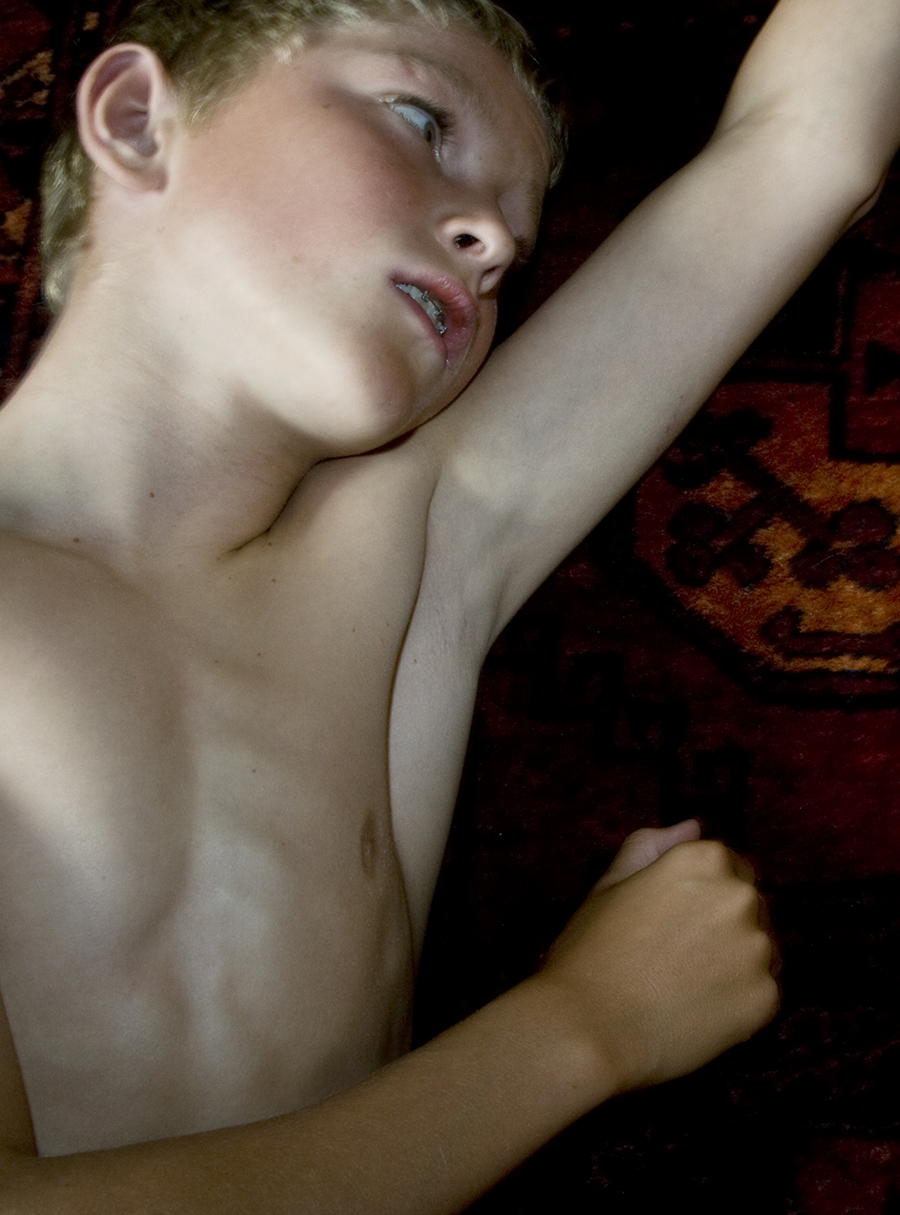 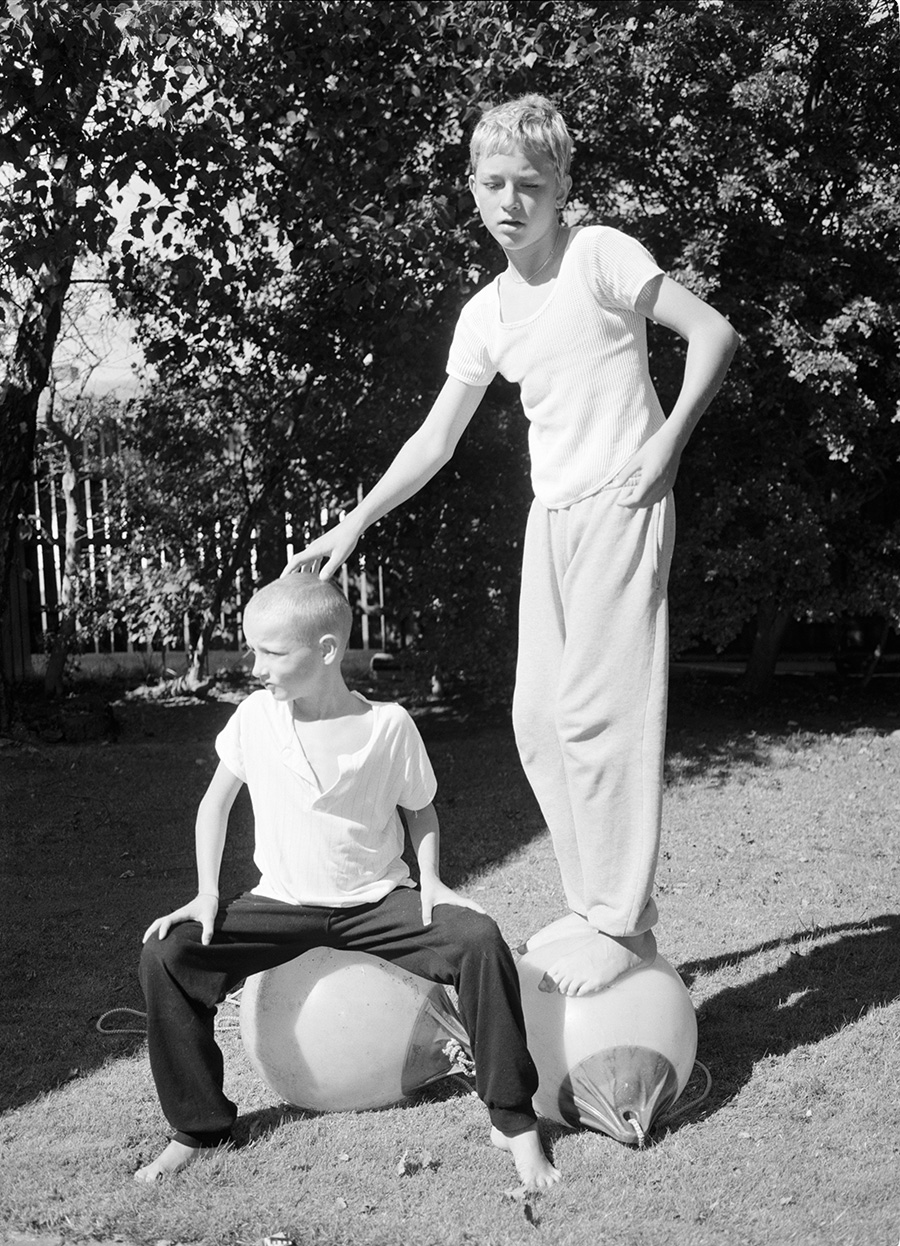 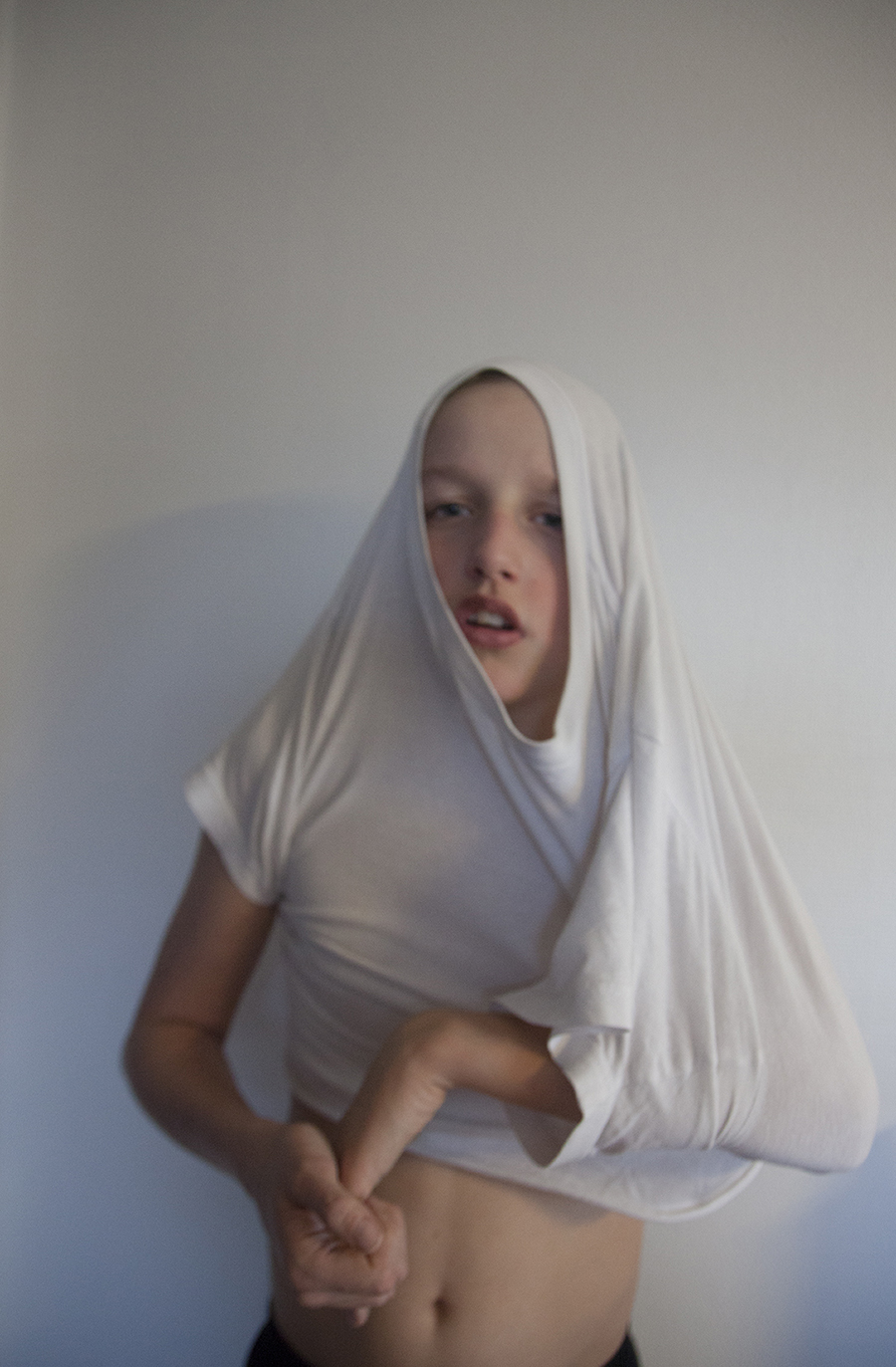 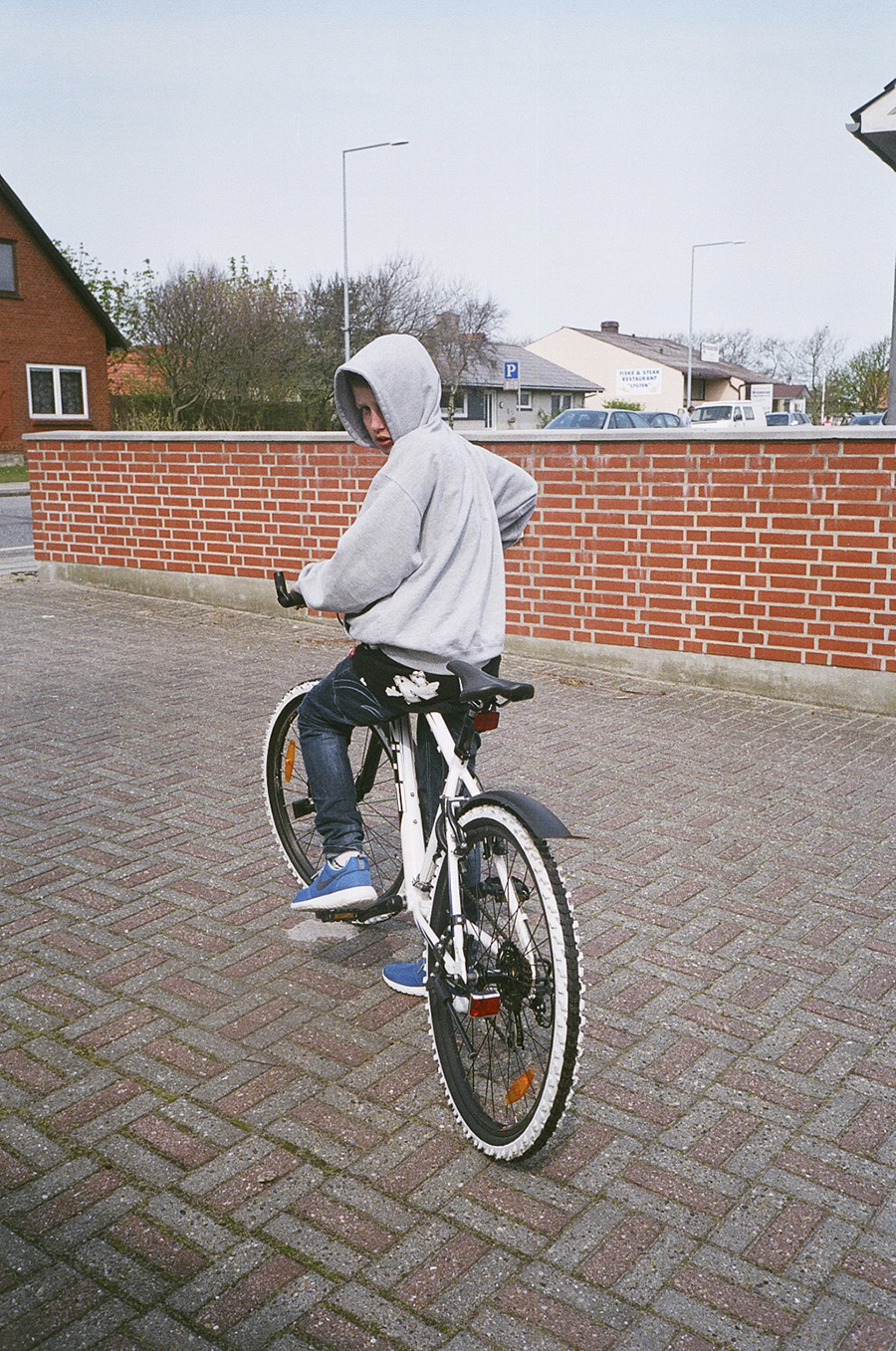 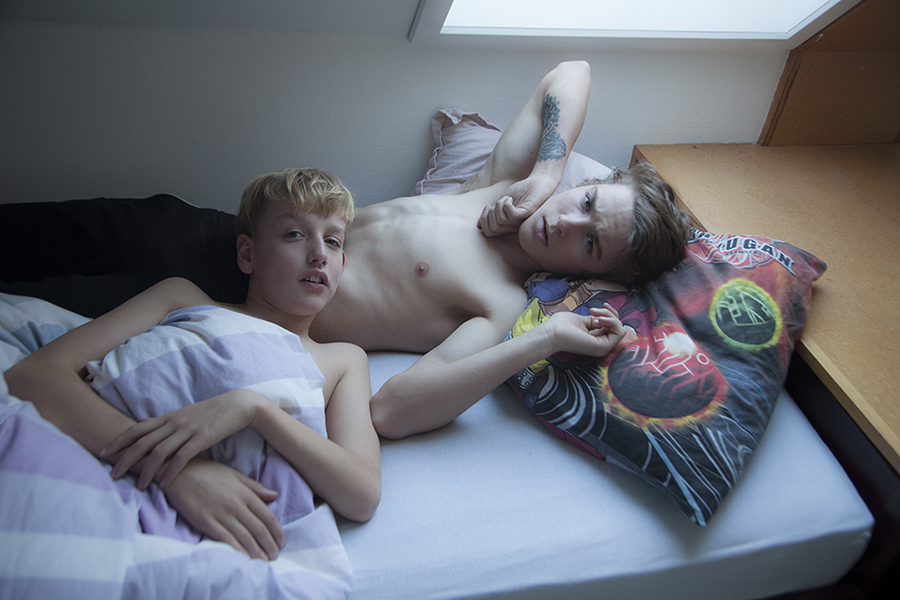