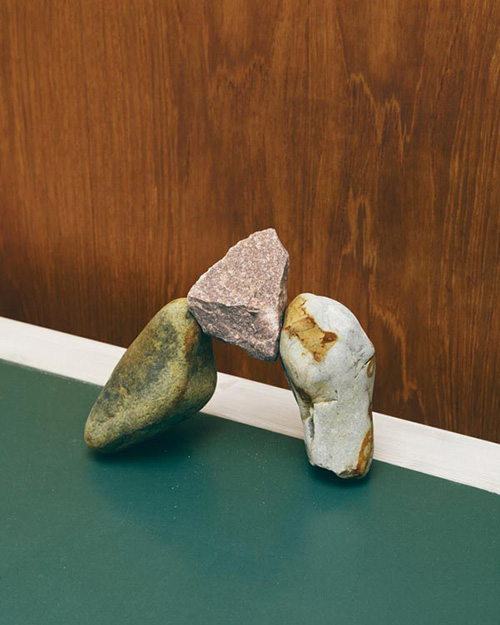 Photography is produced and understood within a specific set of conditions; the sum of these is the discourse of photography in itself, but a particular photograph or any given use of photography does not inherently contain the sum of these values. The ‘meaning’ of an image is produced where this photographic discourse intersects with larger cultural forces. Indeed, our assumptions about the medium are perhaps more telling than any of the conventional narratives that chart its development, in so far as these privilege an art-historical model that is largely absent of social context. Recent, fundamental shifts in photographic technology have begun to test the limits of these methods, which cannot sufficiently account for this transformed visual landscape. Of course, to speak of some ‘crisis’ in photography would be mistaken, as it assumes a pre-existing (and largely illusive) stability. But there is no doubt that some of the most interesting work now being made addresses the complex and multiple roles that photography can occupy.

Johan Rosenmunthe is an artist very much concerned with these extended possibilities, having made the question of what photography is (and what can be done with it) central to his work. The most immediate conclusion is perhaps not a surprising one, however, and it is that to consider the ‘nature’ of photography inevitably leads back to how it might be aligned with wider narratives. Rosenmunthe has made an almost forensic study of the medium as a technology and its status within the discourse of power, where everything, notionally at least, can be observed and recorded – an evolving technology creates new forms of potential knowledge, which in turn facilitate new modes of repression. His series Enlargements uses a single view of a modern city made from an elevated position and atomises it into a series of otherwise unseen details. Whether or not these discovered scenes are fabricated is a moot point. Rather, what is of significance here is the range of information that we imagine a picture to contain and the myriad of ways in which it can be understood according to the context in which it is viewed. It is noteworthy, too, that this seemingly pure modernist vista involves any number of small human dramas; the dynamic of that switch between micro and macro perspectives is central to understanding how power seeks to conceal itself in the fabric of our lives.

Similar themes are addressed by the series Off II, which uses re-contextualised elements of images taken from social media sites to undermine the apparently stable qualities of photographic space. Working in this deconstructive manner with borrowed vocabularies is a key approach for Rosenmunthe’s work and, in many respects, Silent Counts seems like an attempt to synthesize the otherwise divergent formal strategies that characterise the medium; to this end he employs various kinds of (implied or actual) material intervention and staging. The result is a labyrinthine set of visual tropes that don’t converge at a single decisive point; rather they continually circle the question of what photography does within a particular set of relations, taking into account the largely disembodied experience of photography that is now commonplace. The notion of photograph-as-object is addressed by a number of installation elements that complete the work. Here the image is not just a static object to be read. It is, instead, a fluid currency that moves in often unexpected or discomfiting ways across widely varying discursive economies. 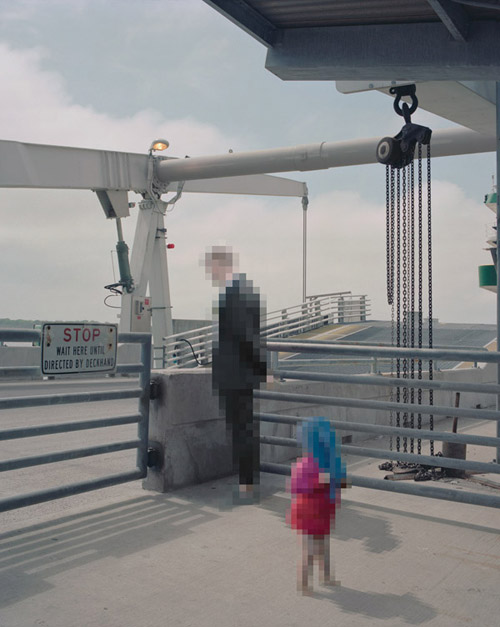 Although it obviously is another sort of technology, there seems to be a certain reluctance to actually treat photography (and its products) as simply that. Are the various interventions you have made in photographic images, such as the pixellation in Off II, an attempt to expose the (technological) processes behind the photograph itself?

Well, that particular project (Off II) deals quite explicitly with two different kinds of processes, but perhaps more as a comment on the subject matter (digital vs physical encounters) than in its own respect. So, no, I don’t think you could say that this was my goal, but I am definitely interested in photographic processes. Not as isolated technologies, but the different visual outcomes they have. In the same way that the sculptor part of me is interested in different materials, I find these technological phenomena interesting because they make some choices for me. They are kind of the most basic choices you have regarding surface and materials when you are working with photography and are interested in the sculptural aspect of it.

Not to over-emphasise this issue of the technology, because of course there are other themes here, but what do you see as the relation of this work to the discourse of surveillance and control that photography is now so thoroughly implicated in?

I have been interested in this field for a long time and it is something I keep coming back to. In the pixellated friends project I was discussing the digital presence of real people online. As I write in the project statement: ‘Never have we had access to so much information about each other, and never has the information been so unreliable.’ And in Enlargements I crop and zoom into one cityscape image resulting in a number of images that resemble surveillance footage. Or rather, it’s my own surveillance footage. What I find interesting here is the convention that if you show a certain kind of low quality (technologically speaking) image it automatically adds an aura of credibility. We learned this from the use of media – if a very low quality image is worthy of our time, it must be because there is some important truths hidden in there.

Our experience of photography both as process and as a set of objects is quite different now than it was even a few years ago. The medium has much less of a tangible presence. Do the physical arrangements of different material elements in your work operate, at least in part, as a way of visualising this absence?

The use of materials and installations (physical as well as photographed) reflects my urge to handle something that I am not comfortable with already. It is comfortable for me to make a photographic solution for the initial idea or concept, but I’m not trying to be comfortable, I’m trying to gain new ground and there is nothing preventing other media or processes in the investigation. Photography is the medium through which I learned most of what I know about visual thinking, but it is certainly not the only medium I feel drawn towards. Everything is possible. The idea is what is important.

Many of your images have a style that might be seen as referring, loosely, to that of scientific illustration or to other functional modes of image-making. Is this dictated by the character of your subject matter (I’m thinking of Silent Counts, in particular), or does it have some other intent, perhaps to do with critiquing the supposedly ‘informational’ currency of photographic images?

I think I am continually trying to move away from having too many choices when I make an image. I am not interested in feeling pushed to make a beautiful image as much as inventing works that have a visual and conceptual function. So the functional character of those images is probably derived from the simple registration of objects that were important for the investigation in Silent Counts. I don’t like nostalgic images that pretend they have stories to tell us.

What role does the expanded or more sculptural installation of your work play, in terms of how the images can be understood? It seems to me that this is a significant part of your thinking and also relates, at least in part, to how the experience of viewing photography has fundamentally changed.

I think you are absolutely right that the experience of viewing photography has fundamentally changed – from images to objects. At least, that is how I would like people to look at my work. With Silent Counts it doesn’t really make sense to look at them as photographs online. There are actually 75 images and a lot of installations in the project. I only show a small part of it online, because it can only be a poor representation (and this is not a description I give all visual art, some projects are viewed best online and some work in all arenas) and the project is actually not finished until it has been materialised. That is also why I have been extremely happy to see parts of it exhibited in Oslo and Copenhagen recently. The plan is also to materialise it as a book, but again as an object, not a series of images on paper. 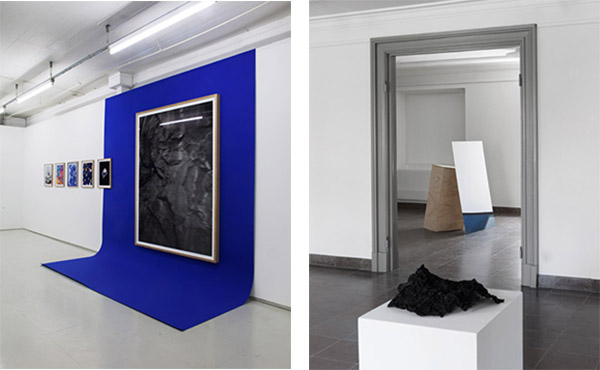 So, finally, could you just say a little about what motivated you to begin publishing? Books are, of course, an important vehicle for contemporary photographic practice and your publications seem to share many of the themes found in your own work.

My friend Flemming Ove Bech and I realised there was nothing stopping us from taking part in the community surrounding the smaller publishing houses that we admired so much. Now, I am sure I would not have been able to sustain working on my own stuff unless I had the opportunity to be involved in editing and curating the fantastic work of other artists. I would simply be bored with my own mind. Or just go nuts. The joy of being able to offer something positive to other people working in the same field as yourself is bigger than I thought. And the inspiration in really being forced to go into other artists work is priceless. We curate, edit and design everything we are involved in ourselves and that is tremendous fun. Not to mention the network that it opens up for you (when, like me, you don’t have any network from university). Right now, I am also getting ready to launch a non-profit exhibition space with three friends, New Shelter Plan. Being involved in these different arenas of the art-world also helps me figure out how to think about the distribution of my own work (and, not having a gallerist, this is unfortunately part of my work). And finally I just enjoy having many irons in the fire at once… that’s probably it. 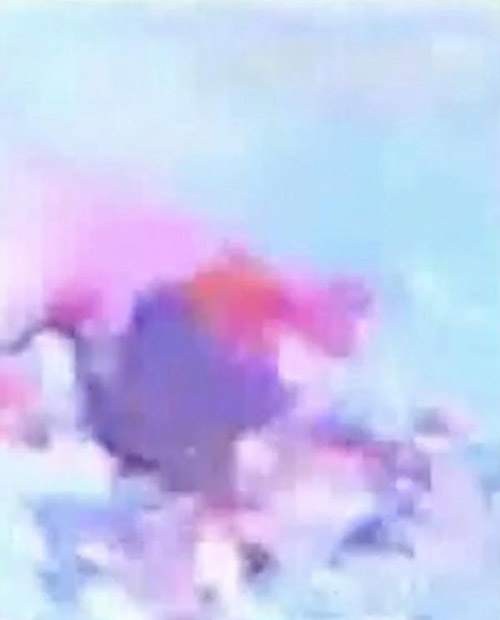 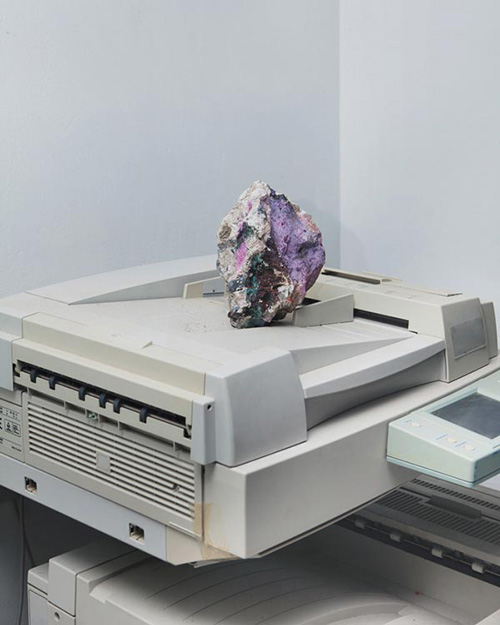 Entering the Office, from the series Silent Counts, 2013 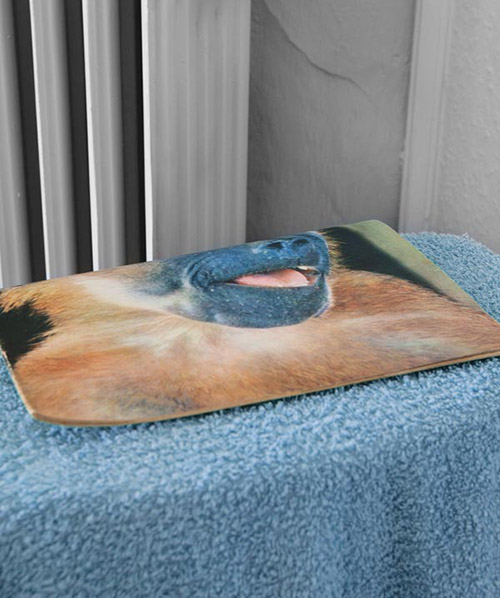 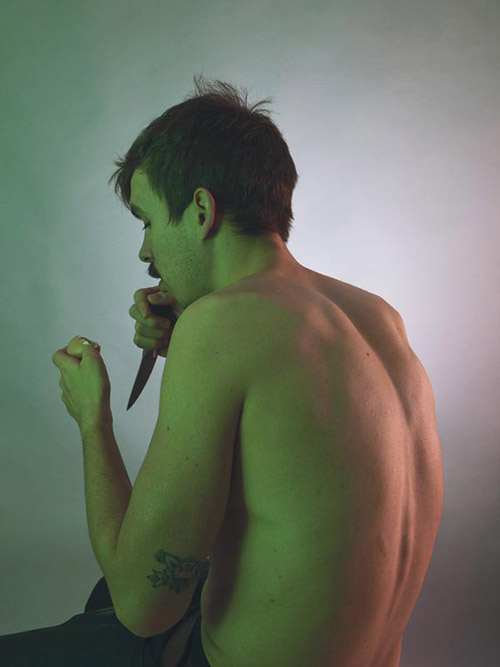 From the series Transmutations, 2011

With thanks to Lodret Vandret, we have a copy of P.Y.T Pretty Young Thing to giveaway! In order to be in with a chance of winning, please answer the following question: