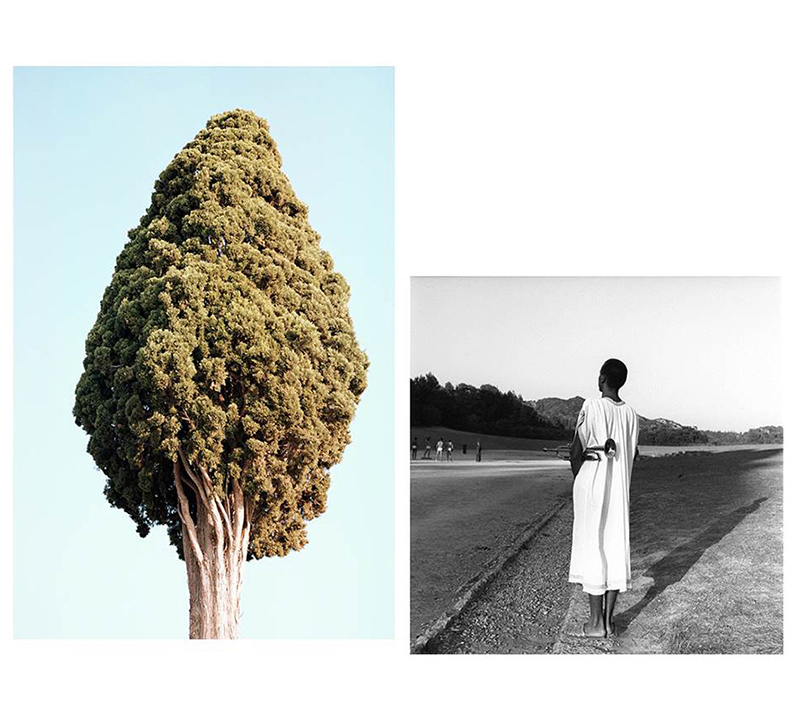 Whitelight Rooms takes its name from the pure quality of light in Greece. It is the first website solely dedicated to uncovering the richness and depth of contemporary Greek photography, and its work has only just begun. Editors Ellie Tsatsou and Gelly Siganou have devised a system of rotating “rooms” that gives photographers an extended stay on the website, while also bringing in new material every week. This interview took place in Athens, on one of the rare occasions when Tsatsou and Siganou are both in their home city.

Why did you start the Whitelight Rooms?

Ellie Tsatsou (ET): Last year, in March or February, I got an email from a friend in New York asking whether I know any Greek photographers documenting sub-cultures. She was researching online and she couldn’t find any database or index. So I sent her back a few links of photographer friends I knew, and I asked Gelly and I posted it on my Facebook. By the time I sent the email back to her, we had already found twenty people, and we realized it would be nice to put together all this information somewhere. I was thinking of making an index initially, and I asked Gelly because we’ve worked together on various things. The Whitelight Rooms as it is now just developed after a couple of months of discussion.

Gelly Siganou (GS): The first question was how to bring together all these people. You know, we basically had no clear idea of the amount of portfolios and artists that are practicing in Greece right now. Then we thought, how can we make it more interesting and more creative for us and the viewers?

Tell me about the “rooms” structure. Where did that idea come from?

ET: When we launched the website in December last year, we had curated six rooms simultaneously and then on the fifth of January we began by changing room number one. The next Tuesday we changed room number two. It goes like this, usually every Tuesday or Wednesday we change a room, as if a story is evolving. Each week we show three to five artists per curation, and each curation stays there for six weeks, like a mini exhibition.

And both of you have backgrounds outside of photography?

GS: I’ve studied things that don’t relate to photography but I was always interested in it. I was always looking for new photographers and creatives. I’ve had a blog since, I don’t know…

ET: The beginnings of Tumblr!

GS: I realised that I really enjoy this kind of research, documenting new ideas. I was also taking photographs myself, but I don’t really want to take this direction professionally.

And Ellie? You were talking about economics earlier.

I guess I first understood there is a spark for me with photography when I was in the last year of high school, and I took a portrait of my best friend for the yearbook. Since I couldn’t find a way to study it in Greece, it did a big circle, from economics to communications to non-narrative film, all very much inspired by the work of Nick Knight. 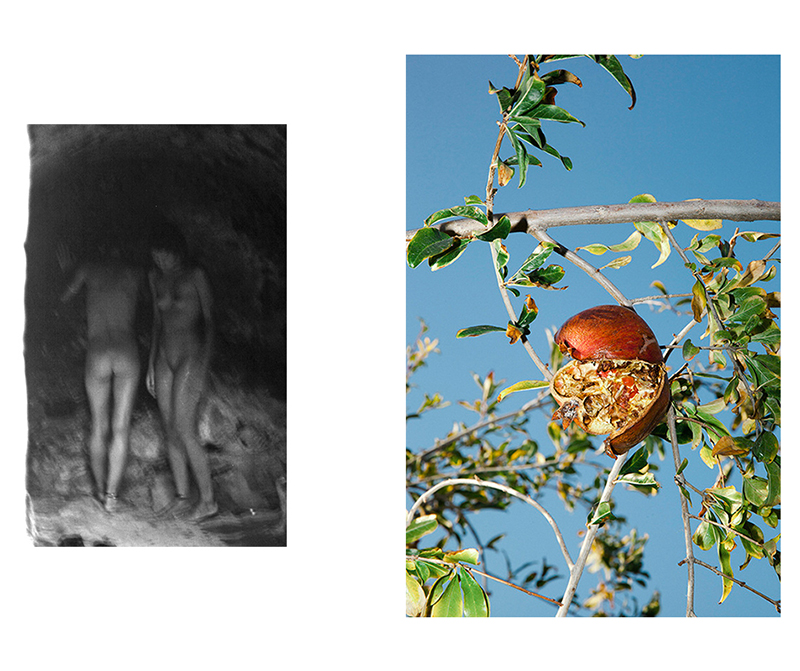 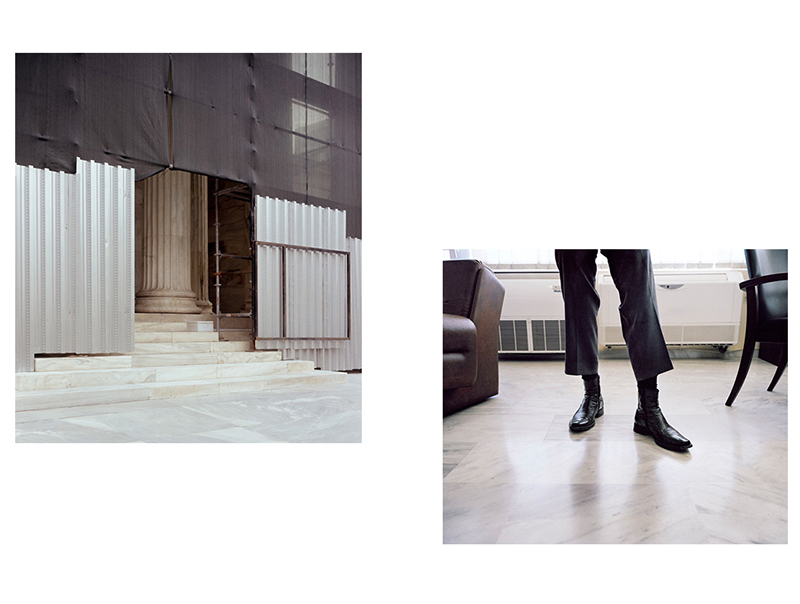 Tell me about your working relationship. How do you run the website?

GS: Basically we built this whole thing on Skype, because we don’t live in the same place. We’ve done things together in the past so we trust each other, everything is very open to discussion. I can show something to Ellie and she understands it. We update the website every week, so one week I’m doing it and the other Ellie does it. We make a selection by ourselves and then we talk about it ­ – do you like this, does it make sense… sometimes we see very different things.

And how do you find the photographers? Do you approach them?

GS: Yeah, we find them online and we approach them, see if they want to be part of it, get permission to publish their photographs. We make a selection from their portfolios and if they want to make their own we are very open to that.

Where do you look for them?

GS: Online magazines, blogs, social media, we ask friends. Then we also have people sending work to us. We keep on finding so many people, we had a list in the beginning and it’s getting bigger and bigger. And for us it’s a surprise that they’re interested and they believe in this.

What do you look for in a photographer?

ET: When we were starting out we spent maybe a couple of months doing the initial research, making a catalogue of the first people we wanted to approach. I remember us saying it has to have some kind of consistency, not just in the aesthetic of the work, but in doing the work. We wanted to find photographers who have shown devotion to photography for a long period of time, even if not continuously. I’m thinking for instance of Achilles Nasios and Pavlos Fysakis, who we curated together recently. Many times we have been tempted by one amazing shot that we really loved, but we’ve questioned that. Are we looking for one perfect shot, or are we looking for a portfolio that shows there has been some research and some thoughts on the process?

There’s a certain romantic quality about a lot of the photographers that you show. Nature is an important part of it. Does that reflect Greek photography or your taste? 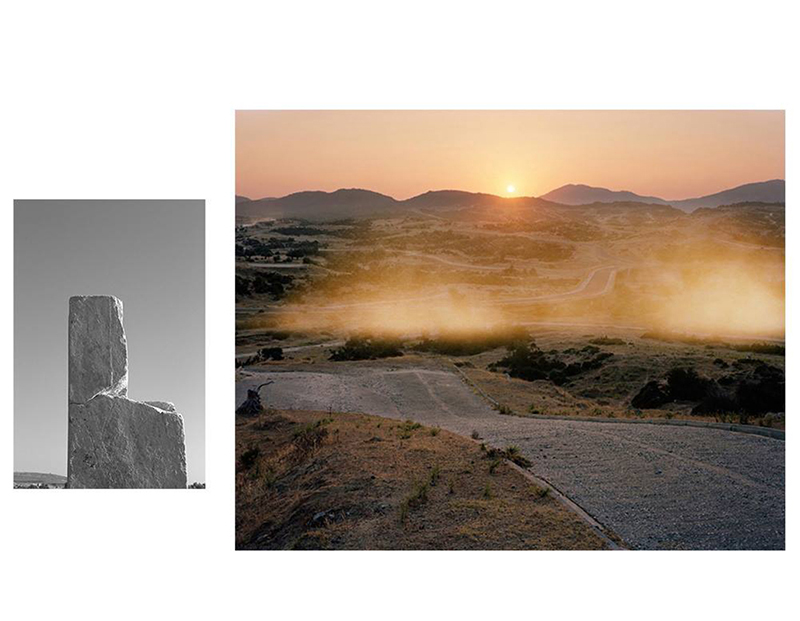 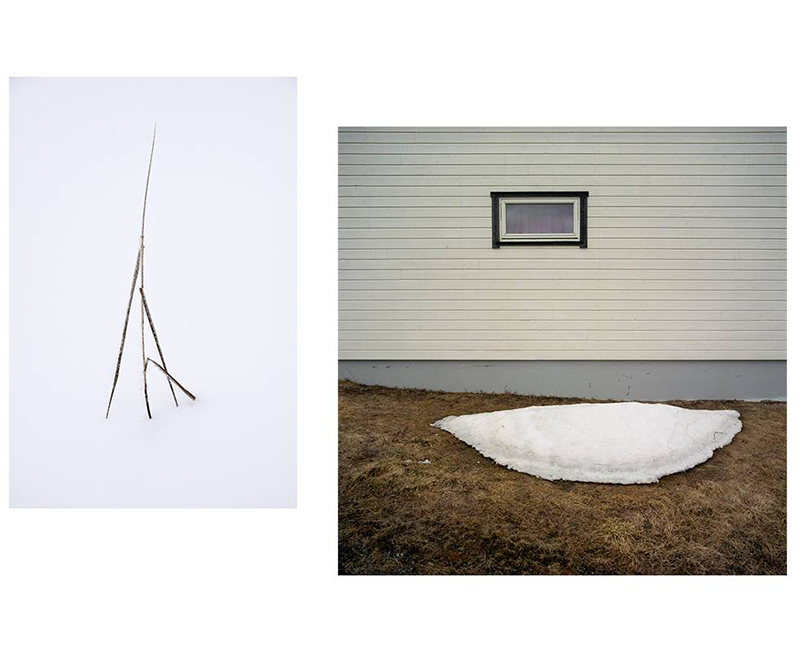 I don’t see many people in these photographs.

GS: That’s very true. Actually, we talked about this and the past two weeks we’ve kind of started with this human element, which was not present in the beginning. And that’s a surprise for us, we never know what’s coming next.

As an outsider, you assume that with the very compelling social situation in Greece, there would be a big documentary or reportage element.

ET: It depends on the photographer. There are many photographers who work in the street, doing photo-reportage, photojournalism, and at the same time they have more artistic projects.

GS: That was actually a big discussion between me and Ellie in the beginning. Do we want to include this photojournalistic aspect? So far we haven’t done it.

ET: I think there are some photographers, like Spyros Staveris, who make work with a very human element. He approaches people in their natural environment – homes, on the boats, in the streets, in bars, even political figures – and it’s very cinematic and very vivid and vibrant. But most of the portfolios we have seen use a very straight on photojournalistic approach. They are more like pictures you would see as documentation in the newspaper.

In what ways are photographers responding to the various crises in Greece? You’re suggesting they are responding in a very documentary fashion.

GS: There are many different kinds of works we’ve seen. Some take pictures of the city and how it has changed, or do projects about tourism, how it was in the past and what’s left. And abandoned buildings, construction everywhere – construction is a very common theme we’ve seen so far, for example, in selected works by Kyriakos Papachrysanthou. It’s interesting for us to see stuff that’s not too obvious.

ET: There are a lot of portfolios that focus on details. So you would see a little detail from a wall, or a building’s entrance… it’s not so much about the wider picture, it’s more about focusing on elements that represent it. For us, maybe because we’re also Greeks, the crisis is not the element that drives the project, not the be all and end all. 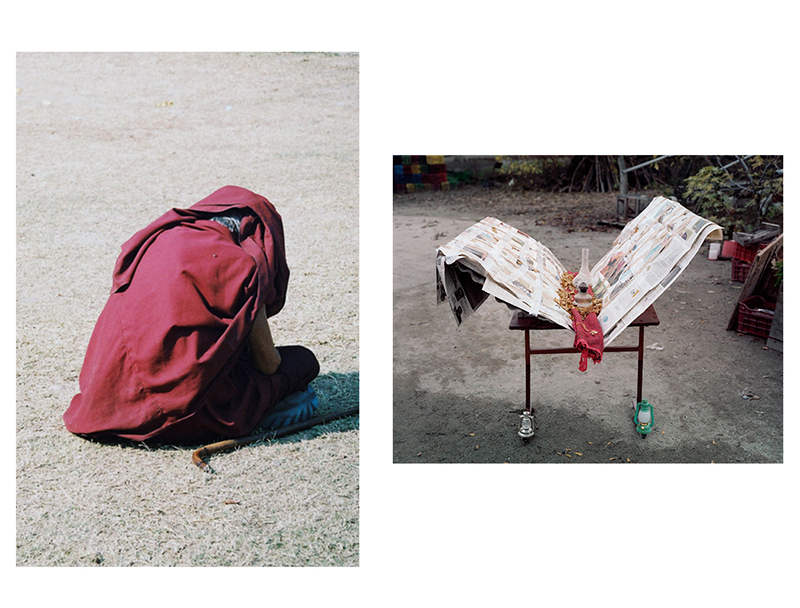 So, let’s have a few names, some young Greek photographers to look out for.

ET: These are two of my favorites.

GS: Alexis, his work is very unique. I think somehow he has developed his own form.

ET: His method is like a meditation on things. I know that he spends quite a lot of hours just wandering around, and he finds beauty or meaning in things that, looking at them quickly, seem quite insignificant. But he can make a piece of wood look as if it is alive. The way he reacts to light changing is also very interesting.

ET: His work is very poetic, very cinematic, although it’s black and white analogue photography. The way he frames, the aspect ratio he uses, it’s narrower, which makes the whole work more scenic. There’s a lot of grain and dust as well, texture and mystery. As if it comes from a dream somehow.

One more question. What next for Whitelight Rooms?

GS: It would be nice if at some point we could bring these rooms into real rooms, maybe some kind of publication. We want to grow…

ET: We have a list of names to last at least a year with new people coming in. We do take suggestions from friends about new photographers and artists, and there have been submissions. Maybe at another time we’ll think of change, but it’s really new actually. We also said we’d begin involving more people from abroad. We have been sharing the works with our network, but it would be good to get feedback with practicing photographers from other places. 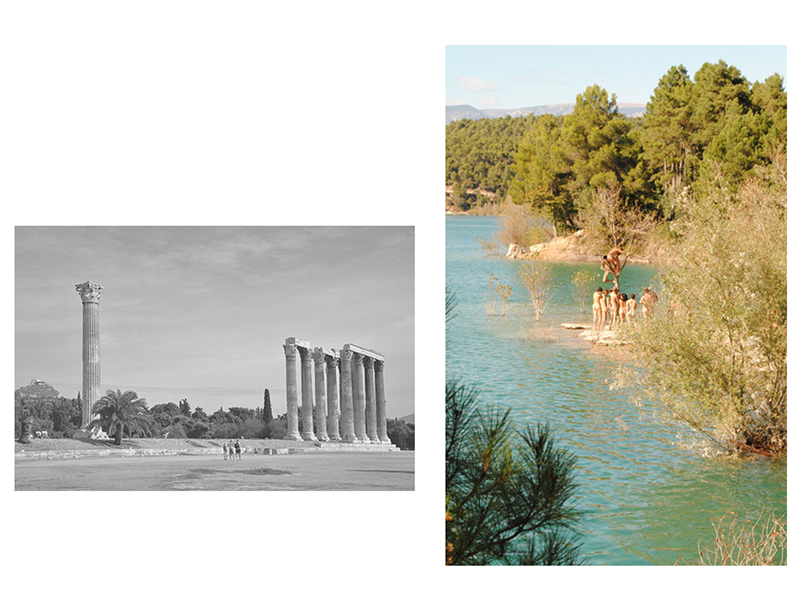 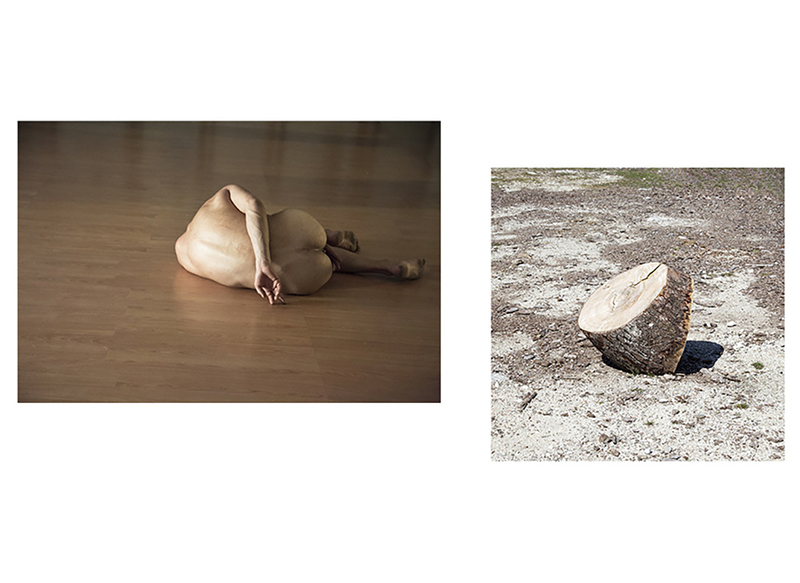 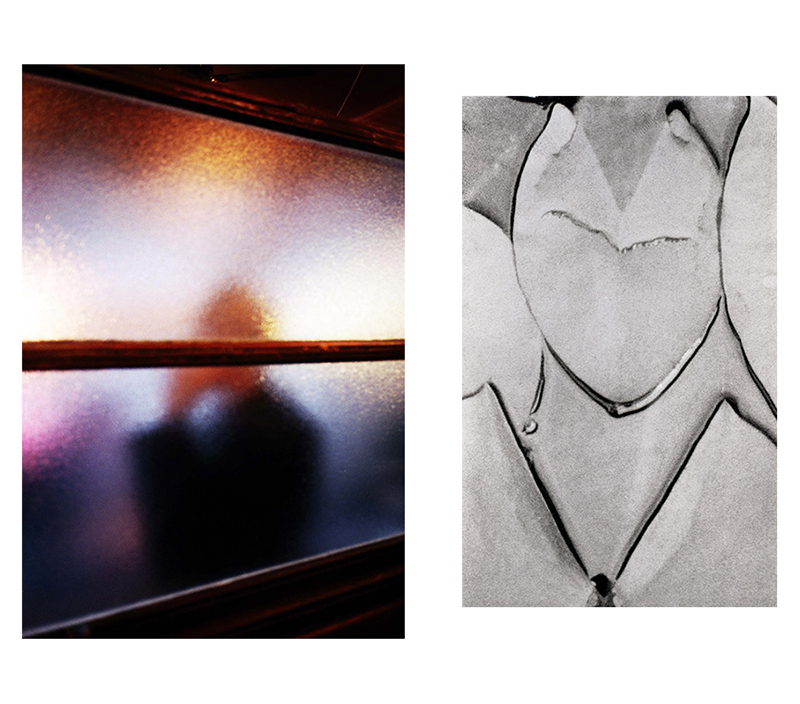 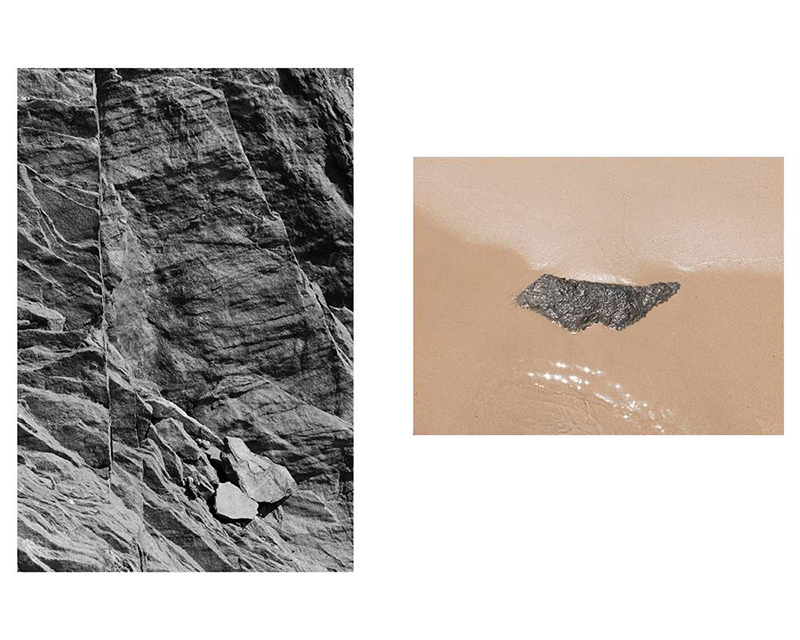 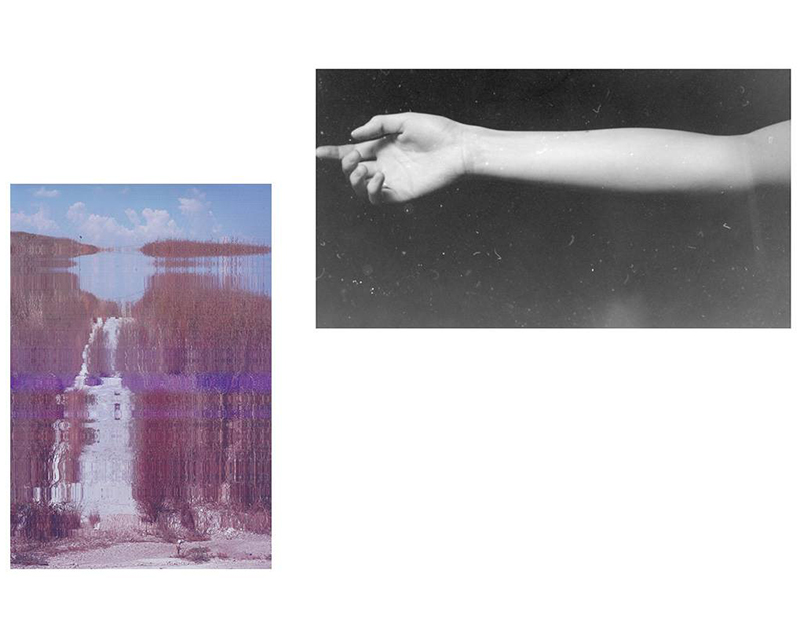 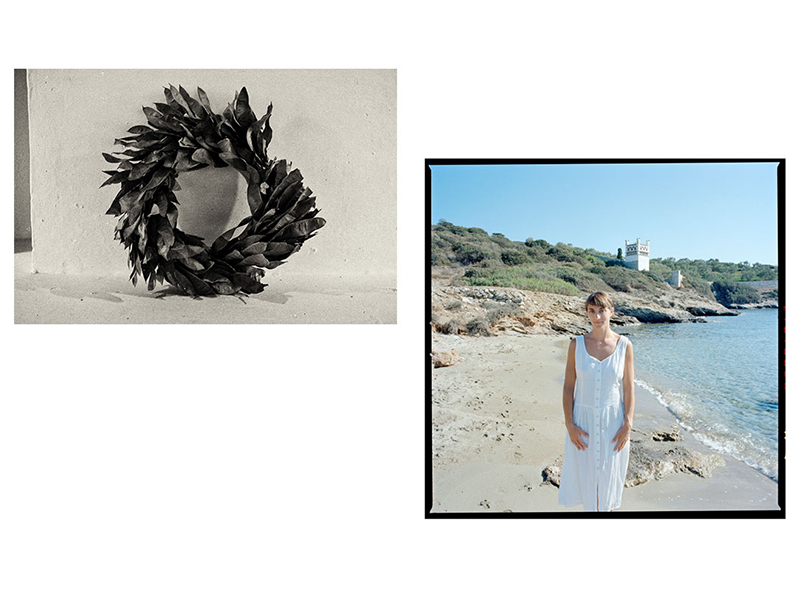