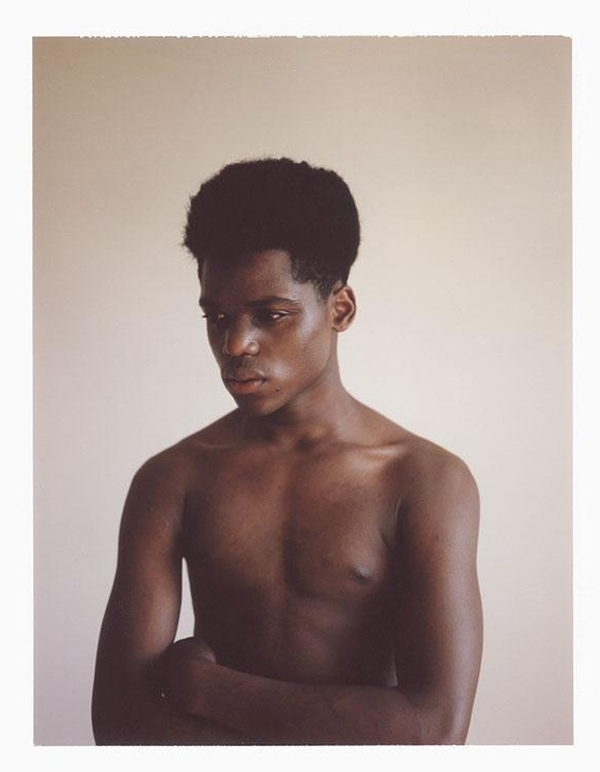 from the series Time for Print, Emiliano Granado 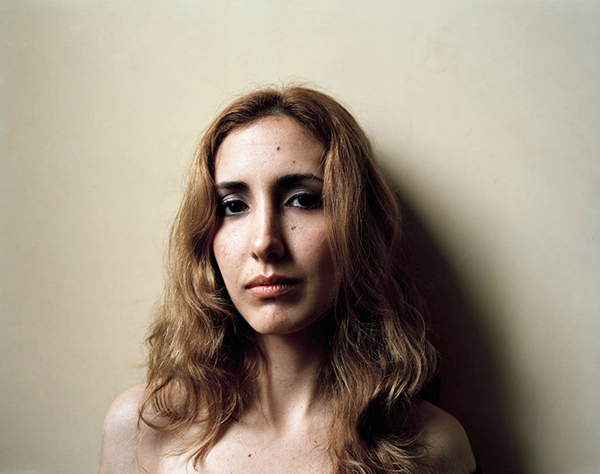 Emiliano Granado (EG): Hey dude. How you been? You just came off a crazy few months of travel. What you been up to?

Joao Canziani (JG): I’m great! Yeah, it’s been a bit crazed, I can’t complain. Just got back from a shoot in Chile and Peru for a travel magazine, and before that I did what was probably the most ambitious shoot I’ve been on. It was a global ad campaign for a sports brand, which, as you know, I can’t mention quite yet cos the stuff is not out yet.

EG: Oh come on! It’s not like we’re recording this conversation!

JC: I know this is weird, ha ha

EG: Did you travel alone for the travel shoot? Or did you go with anyone?

JC: The writer and I traveled together. Pretty minimal. He helped me out when needed, and I helped him out…

JC: Shirtless photos…? Let me think…Nope. Nothing like that beautiful photo we took of us together.That’s still one of my favorite moments. I still laugh when I see that picture.Is that the first time we met? Trying to remember if we met before that trip? 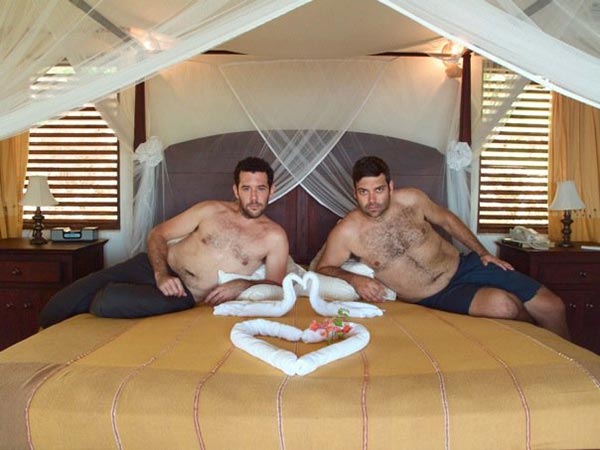 EG: We must have. I doubt you had me go on a week long trip with you without knowing me [editor’s note: emiliano assisted joao on a travel shoot a few years back]

JC: So what’s new with you? I just got your newsletter this morning

EG: Trying to balance life, work, and the new baby

JC: Congratulations, that’s amazing and completely unimaginable for me!

EG: Thanks, it’s pretty cool. Lots of shit and throw up and rocking back and forth. I’ll drop her off for a weekend so you can imagine it!

JC: Yeah, please drop her off. Me and my dog will take care of her.

EG: Pilar is a girl. dude, You’ve been out of town!

JC: Pilar! My aunt’s name is Pilar! That’s a beautiful name. Tell me more about your Pilar. You must have taken pictures of her. Not fucking instagram…

EG: I just took some 4×5 polaroids of her and my wife, pretty cool. But she DOES have her own instagram account, you know!

JC: Oh, actually, I did see a picture, was it on your tumblr? Now that you mention it, I do recall you saying about @babyqueso. Adorable yes

EG: [Laughing] My newsletter said “I just had a baby. college is expensive. hire me.” You know, always finding the next marketing angle!

JC: So actually just before this I was taking a look at your site again… you know, I clicked on the “latest work” link, and sent me to it.

EG: Hope it didn’t bore you

JC: Not at all! The main shot from Outlier on the main page is quite awesome, I must say.You’ve been doing some really beautiful work for Outlier. I’ve loved it for a long time. 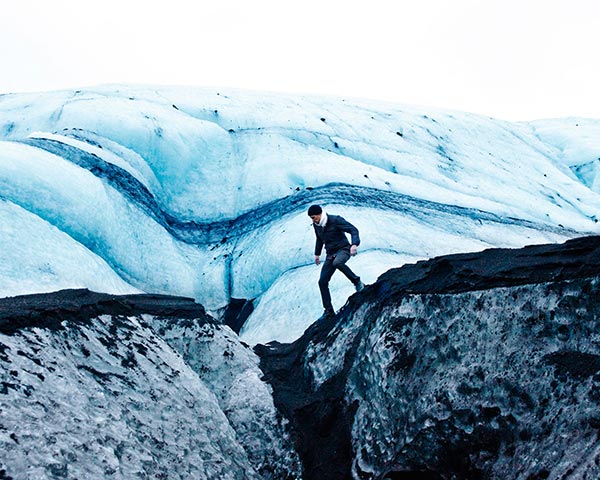 EG: Thanks. Did you ever get a pair of pants??

EG: Hey, so maybe we should talk about personal vs commercial work, so people aren’t totally bored by our conversation? How do you find the balance?

JC: Yes, we should talk about that. Well, this year started so crazy that I actually haven’t had much chance to do personal work. So I’m starting to itch because of that.

EG: It feels like you kicked your Personal Project Motor into high gear over the last 3 years. Besides the personal rewards, has it helped get you work?

JC: Yes, that’s true. There was a time I did very little personal work, or I did “personal” work within the editorial shoots. Yeah, it definitely has. Both commercial and personal are so closely tied for me that clients are always looking at that to get inspired and to hire me.

JC: The short answer is moving to NY and meeting photographers like you. And deciding that I needed to redefine my voice in a way. Or to put it in perspective. After 2008 and the recession I was getting really bored with the assignments that I was getting, so it was a way to jumpstart things and change gears. To go in new and exciting directions and push myself to investigate more.

EG: Are you happier now? More fulfilled, you think?

JC: I am so fucking happy. Something really weird is happening, almost like I can’t believe it. 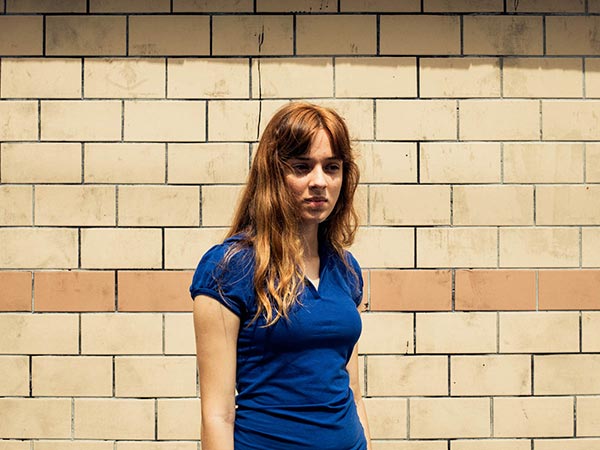 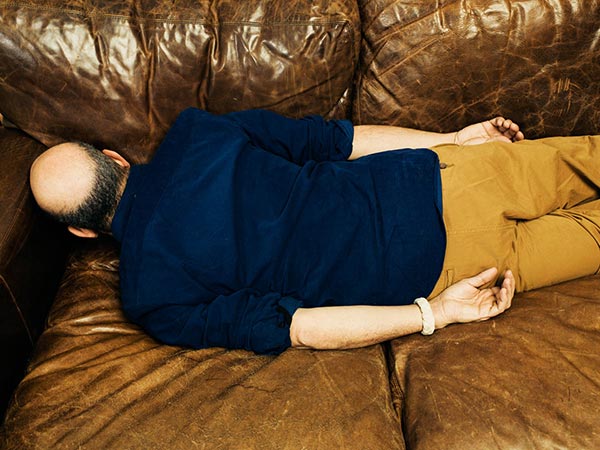 JC: Indeed! I love this place. It’s hard. It’s been a challenge. But it’s so rewarding in so many ways.

EG: By rewarding, you mean there’s espresso on every corner?

EG: I just had one at La Colombe. I found out that it means “dove” in French. Something new everyday . . .

JC: Oh, I thought it was a fancy word for something relating to Colombia, ha. How long have you been in NYC?

EG: I’ve been here for 13 years. I can’t imagine living anywhere else.

JC: That is a long time. So after wife and child and family you wouldn’t consider moving anywhere else?

EG: I don’t think so. I mean, where else can I get espressos on every corner?! But, you know, there’s that energy here. I think that’s probably what you were referring to before. There’s an energy to create and push yourself. I don’t know how i’d deal without that.

JC: It’s a relentless energy. It carries you if you’re willing. But it can be exhausting as well. I don’t know how I would cope with it all the time if I didn’t escape it occasionally with the travel gigs and such. And it’s beautiful in Brooklyn today.

EG: Yeah, I’m still sweating from being outside. I found a craigslist handyman this week, he installed my a/c yesterday in my studio so we don’t boil to death.

JC: Ah very good. Where is your studio? Do you share it with other photographers? I need to visit.

EG: Bed-stuy. I think we’re pretty close. I need an espresso machine and then I’ll invite people over. You know, all “adult”

JC: Yes, please, you should. Adult?

JC: Bedstuy? Is that near Park Slope?

JC: Oh, right. Anyway, well, tell me about the projects you have been doing this year? Mostly commercial? Personal? Both?

EG: A mix. I’m working on a secret personal project about the American revolutionary war. We’ll see where that goes. Might take a few years to hash out. That’s the problem with “personal” projects, they should really take years to finish, but you have to send newsletters and tweets and tumblrs and facebooks every few weeks. It’s hard to find the time and drive to do projects correctly. 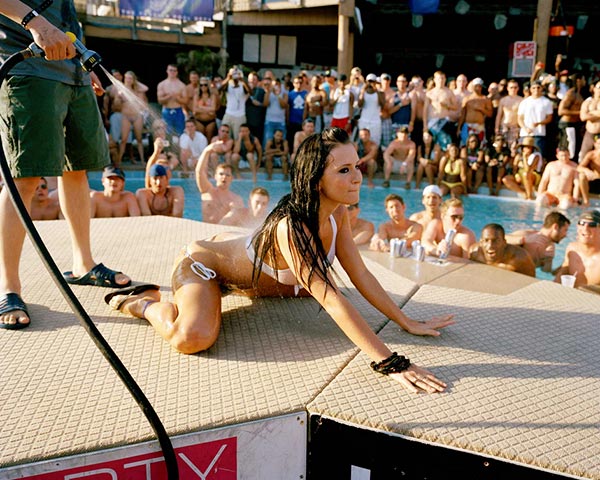 from the Time of your Life series, Emiliano Granado

from the Thank God That’s Over series, Emiliano Granado

JC: That’s very true, and then they get cut short and modified and whatever. You’re trying to shoot the equivalent of a novel for a writer but then keep on hashing out short stories.

JC: Hey, so how about Outlier? How did that start? And how is it that you keep shooting for them?? I think that’s awesome.

EG: That started a few years back. They had just launched and I bought a pair of shorts. When I got them, I emailed them and told them I’d love to help out with photography. We met (for espressos!) and we started doing a few shoots. After a while, I just became their go-to photographer. They don’t work off traditional fashion seasonal cycles so they’re always shooting. It’s interesting for me because I’ve helped shape their brand and they give me a healthy clothing allowance, too!

JC: That’s awesome. It’s a really encouraging example of “just go get it”. Go get the job yourself and no need to go through the traditional channels.

JC: Yeah, I bet after you land that one, and keep on doing it, it’s a great reminder that you can approach other companies that way, other exciting startups.

EG: Not just startups. everyone gets harassed!

JC: I love the images. You’ve managed to turn something “lifestyle” into a look that is much cooler and authentic and relaxed. None of that crazy shit, that terrible lifestyle look of crazy laughing and people jumping and warm colors and sand. Like those pictures of attractive models laughing at their salads, ha ha.

EG: Haha! So how come no one else is calling to hire me for that “look?” All the other brands still want that stale bullshit, I guess! I gotta pay for @babyqueso’s college, yo!!

JC: I think they are, though. Or they’ll get with the program soon enough. Be patient. I don’t know. Personally when I see that imagery I want to puke. So I’d rather spend my money on a cool brand that is not doing that.

EG: Yeah, for sure

JC: I bet you it’ll all turn around. It’s a good sign that your Converse image was in last year’s PDN Photo Annual. It was last year, no?

JC: What did you submit for PDN this year? What was the good shot?

EG: The project on my father (Juan Carlos Granado), Manual for Speed and I think something else 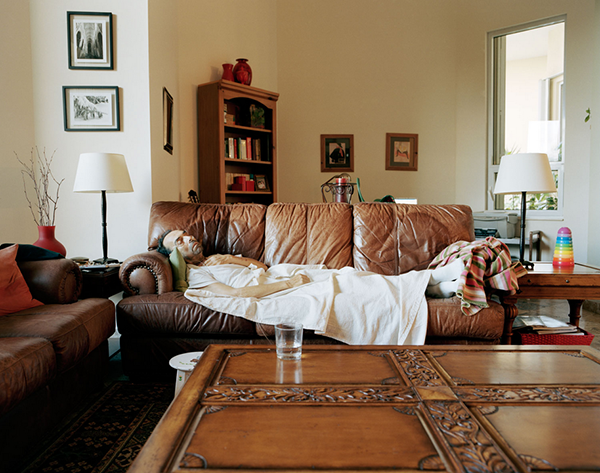 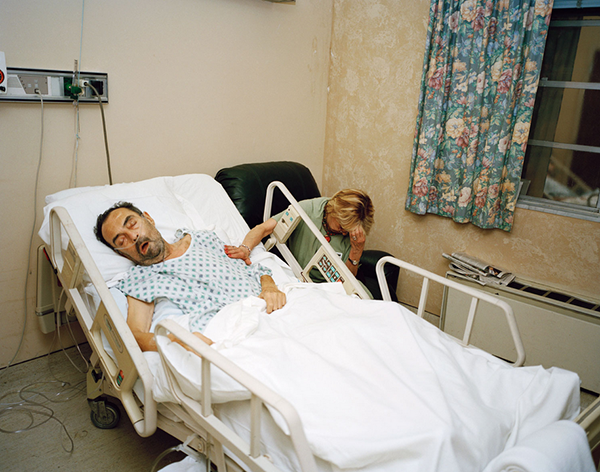 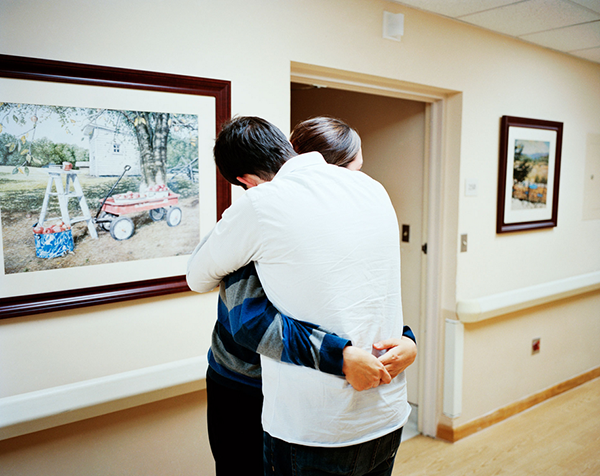 JC: Ah, I see. There’s so many judges on that one that I don’t know, it feels impossible at times to get through.

JC: Yeah I got in, in a tiny little corner towards the back… 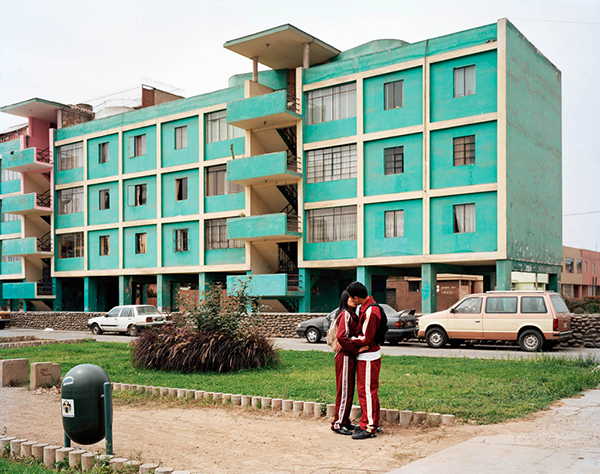 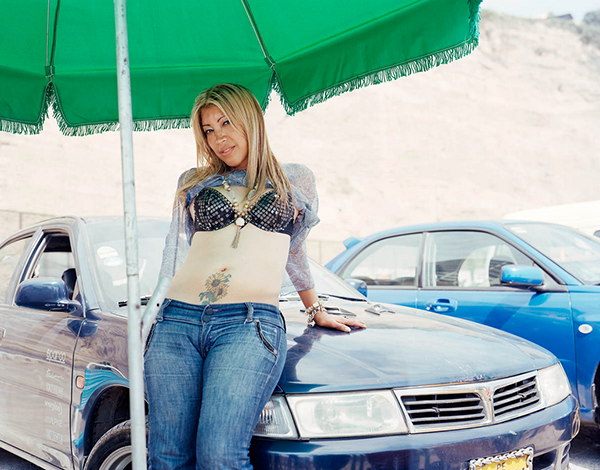 EG: That was really cool.

JC: Thank you. I was really happy with it. Finally. It took a couple years of simmering for that project and I found the web designer through you!

EG: Yeah, he worked at Outlier! Small world, you see

JC: Yeah, there’s never been a better time to find talent and collaborate; Brooklyn seems ripe with that. I was back at your ciudad natal just a few weeks ago, you know? Eating a lot of beef and queso frito!

JC: So good. I love Buenos Aires. It went excellent.

EG: Where did you eat?

JC: La Cabrera! Have you been back?

EG: It’s been like a year and half, gotta head back with the baby, Take her to a soccer game. Speaking of, I should get out of here. Baby’s probably crying all over the place.

Emiliano Granado, born in Argentina, based in Brooklyn. Clients include Bloomberg Businessweek, Converse and The New York and was recognised as one of PDN’s 30 in 2008

Joao Canziani, born in Peru, based in New York. Clients include Fader, W Magazine and Monocle and was recognised as one of PDN’s 30 in 2005. You can follow his blog HERE