Those familiar conventions by which the landscape is represented – and so, by which it is understood – are a persistent legacy of Romanticism. The restless energies that shape human civilisation were contrasted to the supposed purity of nature and found wanting. But these ideas – and how they were given form in painting and elsewhere – are the product of intense social change as much as they are a reflection of what is ‘natural’ in itself. Romanticism in the general sense (there probably are exceptions) took the Sublime to also be sublimely good, but in retrospect this appears very much like an attempt to counter the deep social transformations of a rapidly proliferating modernity, symbolised by all that is ‘unnatural’ and man-made, by imaging Nature as a state of grace from which modernity itself is a corrupt deviation.

If our understanding of the landscape is necessarily shaped by that particular discourse, it is a cultural motif especially potent in an American context, where the western frontier represented  a hope for boundless expansion. Indeed, the mythology of the West has long been central to America’s conception of itself, incontrovertible destiny writ large on the landscape, even if that vision is essentially a work of imagination, bought at a terrible price. It is not so much that the representation of the landscape embodies a certain ethical lesson, then, but rather that it is a surface reflecting the otherwise intangible ambitions of a culture and the domain in which its failures are most evident. Michael Lundgren describes something else within these narratives and the landscape itself, however, which is not simply that the American wilderness constitutes a kind of failed Eden. It is, in fact, a confrontation with the terrible, amoral potency of nature, undermining all efforts to render it as a mere prism for human virtue. So, to the extent they can be understood in themselves, these spaces and surfaces do not represent specific values; instead they are the point at which these precepts break down and are rendered obsolete.

Here Lundgren conjures into being a landscape that is suggestive of a moment before the advent of human civilisation or in the aftermath of its fall, save for what we assume to be a solitary, impersonal observer; these are most emphatically not human landscapes, or at least have not been cast in such a fashion. Rather they are necessarily conceived of in terms of a fundamental human absence, seeking at once to expose and even reverse the contradictions of a lingering romanticism that insists on reading the landscape in cultural terms or as its nominal opposite. He shows the deep time of creation and destruction in equal measure, refusing any distinction between them. What might be understood from these pictures, then, is that humanity itself was the aberration, scorned by nature, which will continue relentlessly without us; its obscene and profligate fecundity springing even from death. In this vision of the landscape, a crystalline logic of transformation continues across a near infinite scale that ranges from the molecular to the immense and endlessly back again. 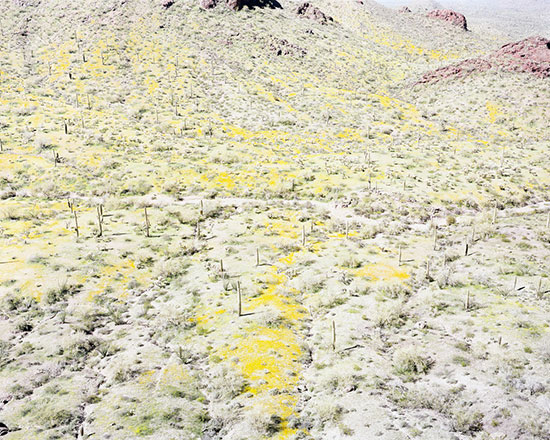 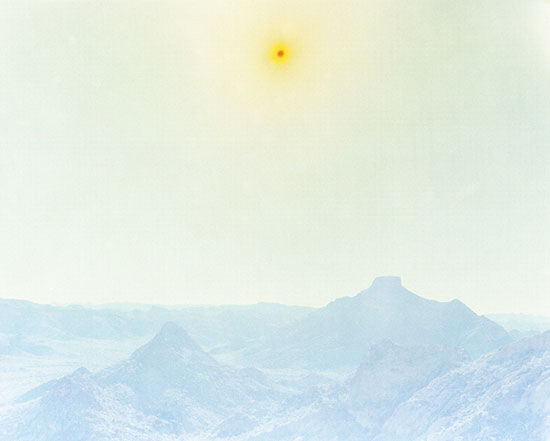 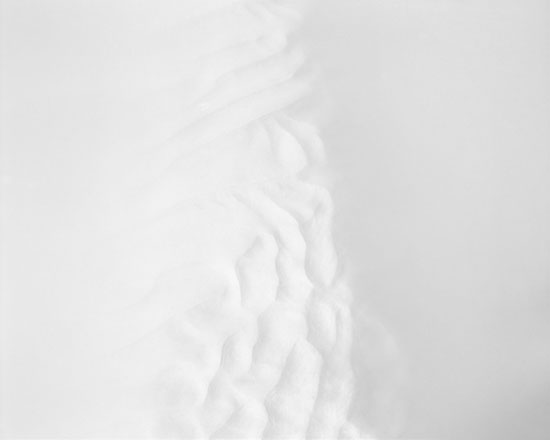 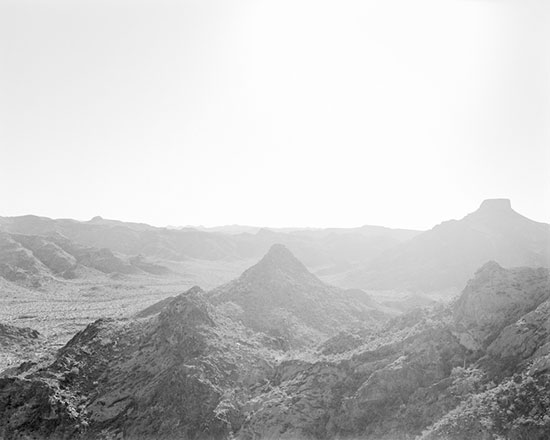 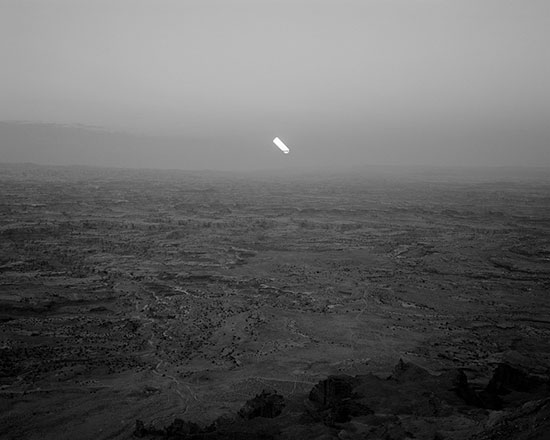 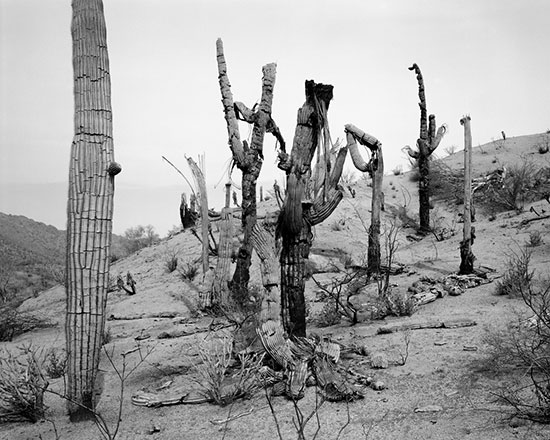 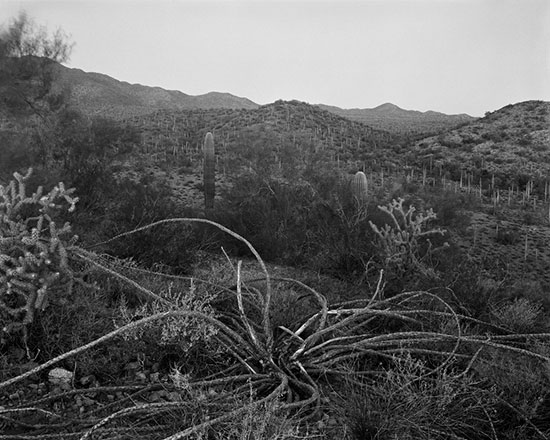 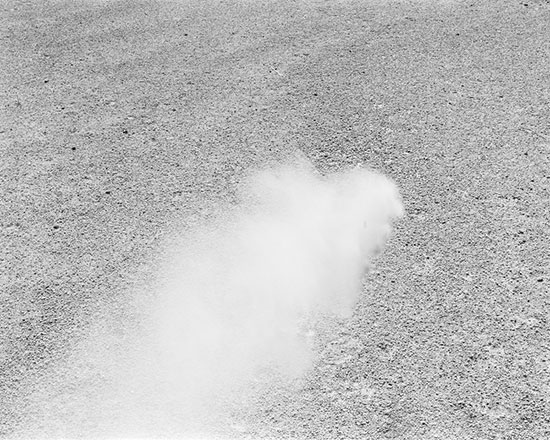