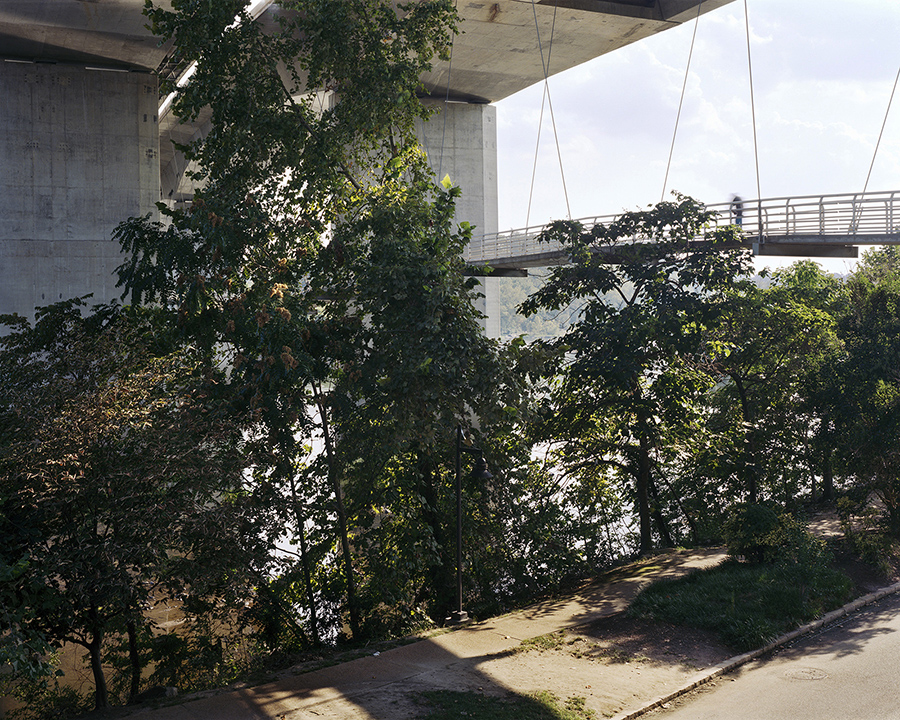 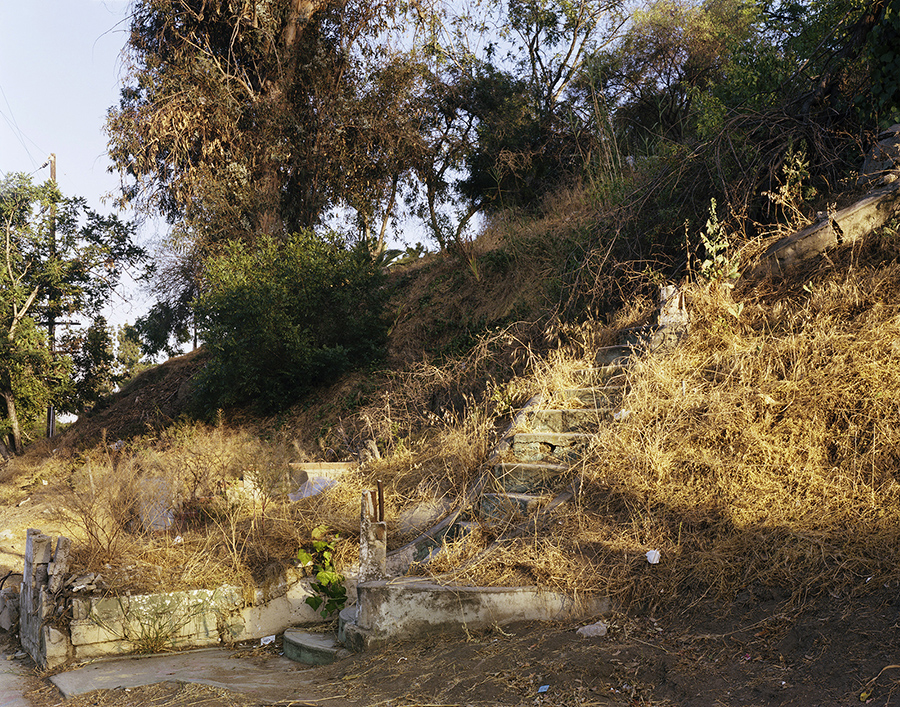 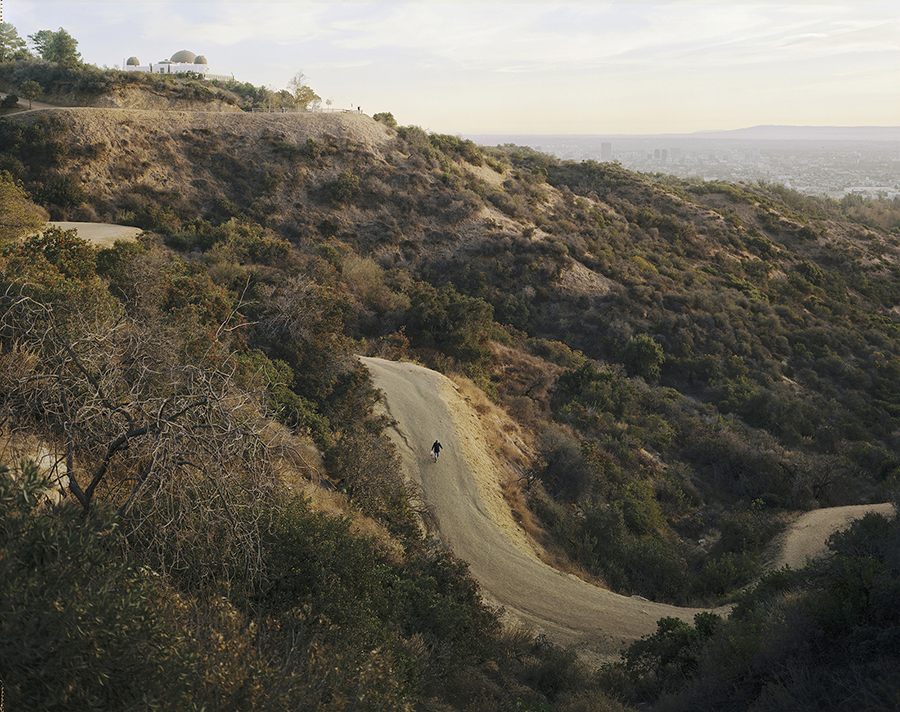 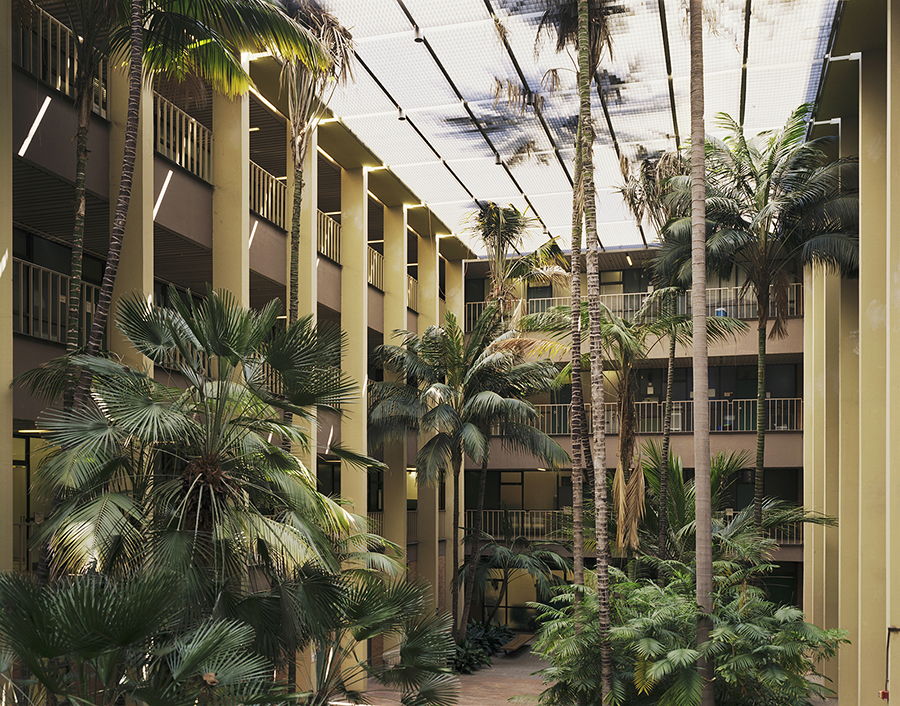 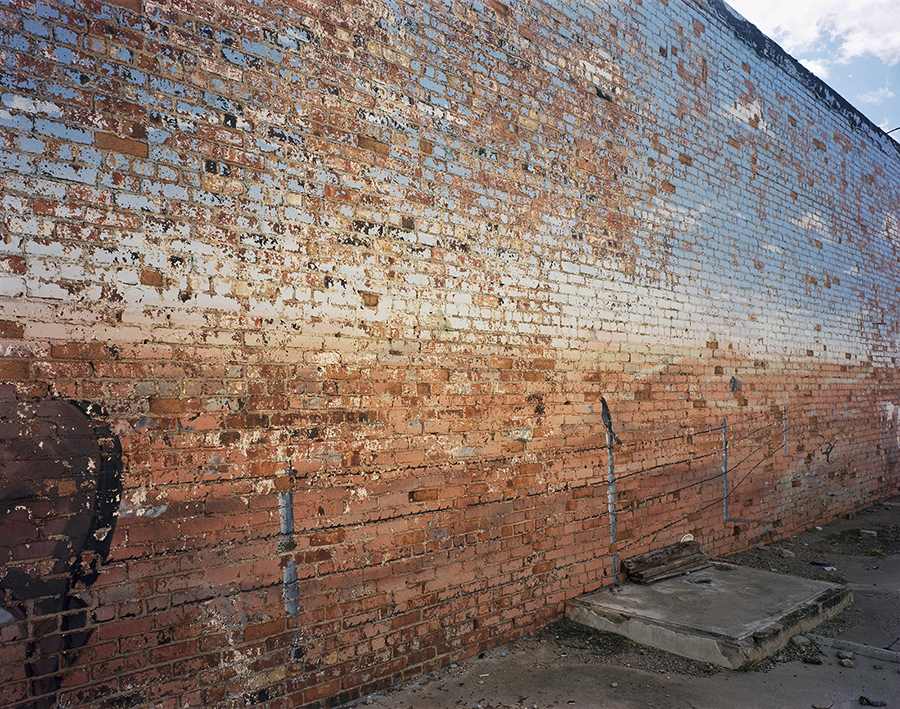 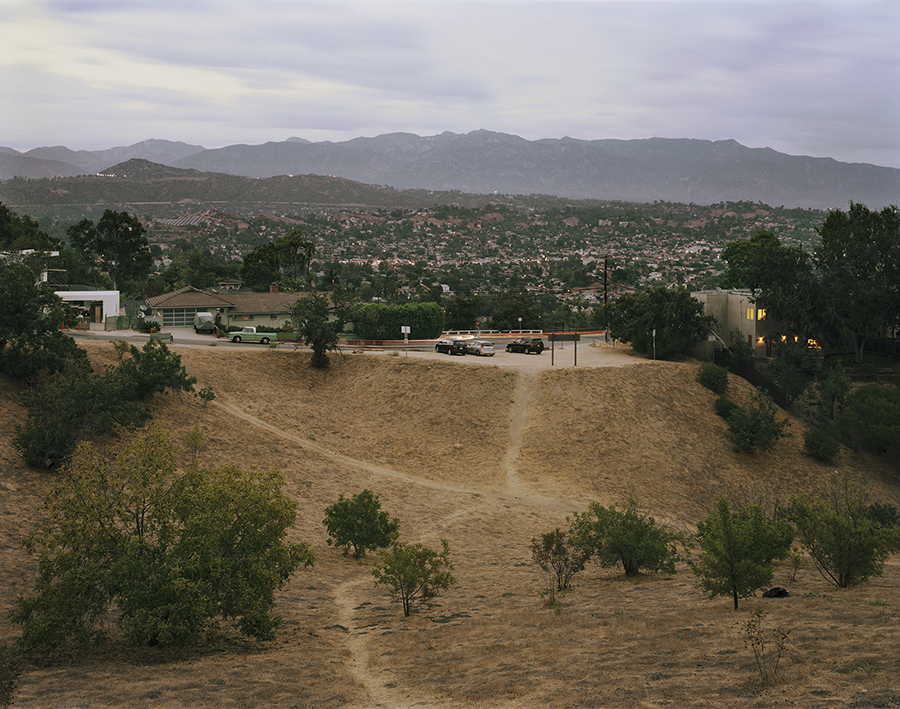 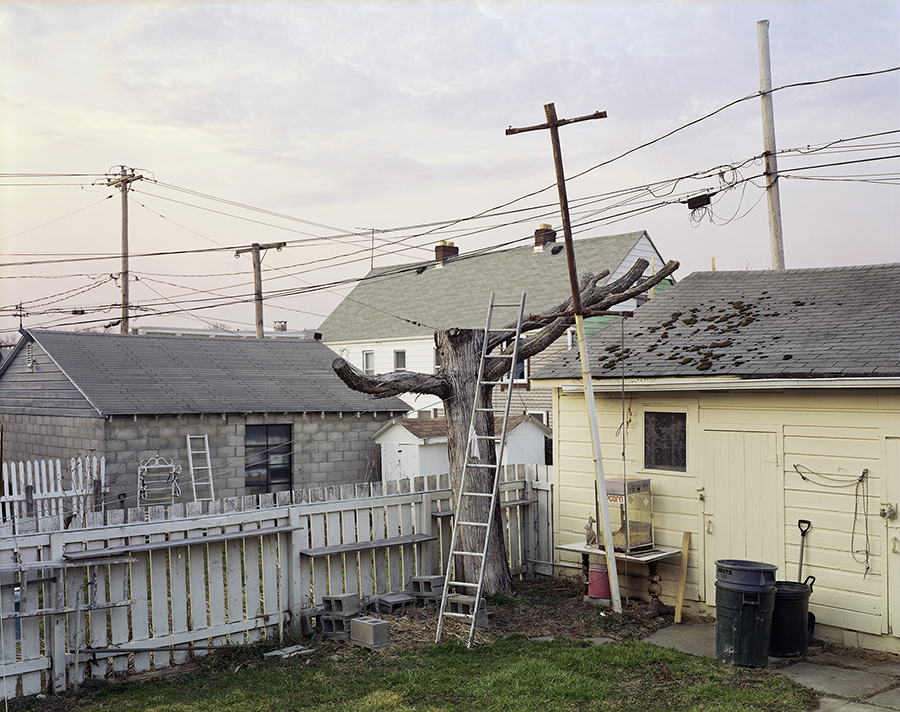 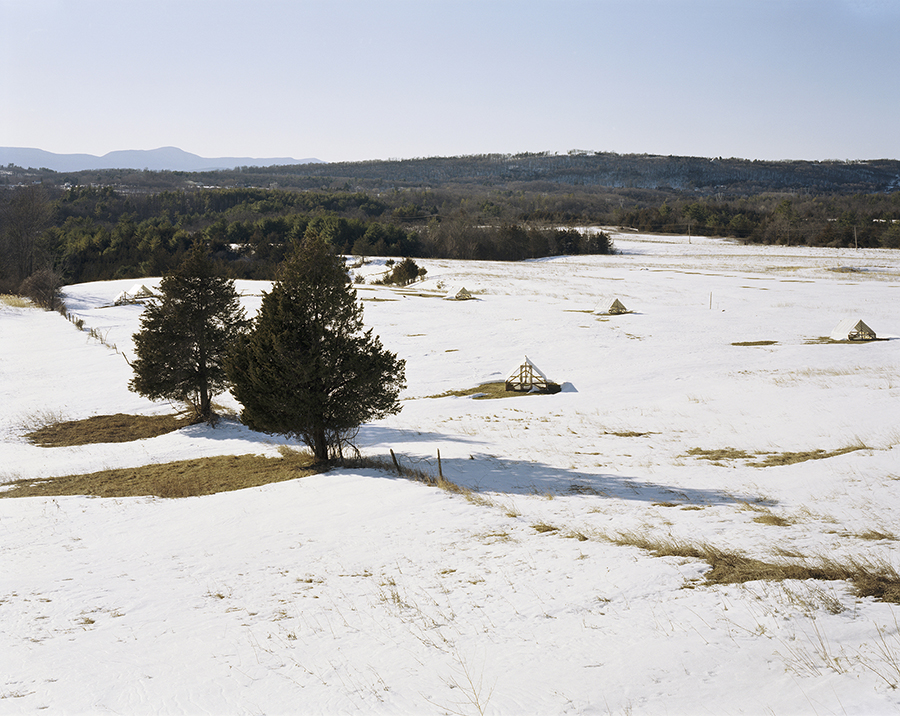 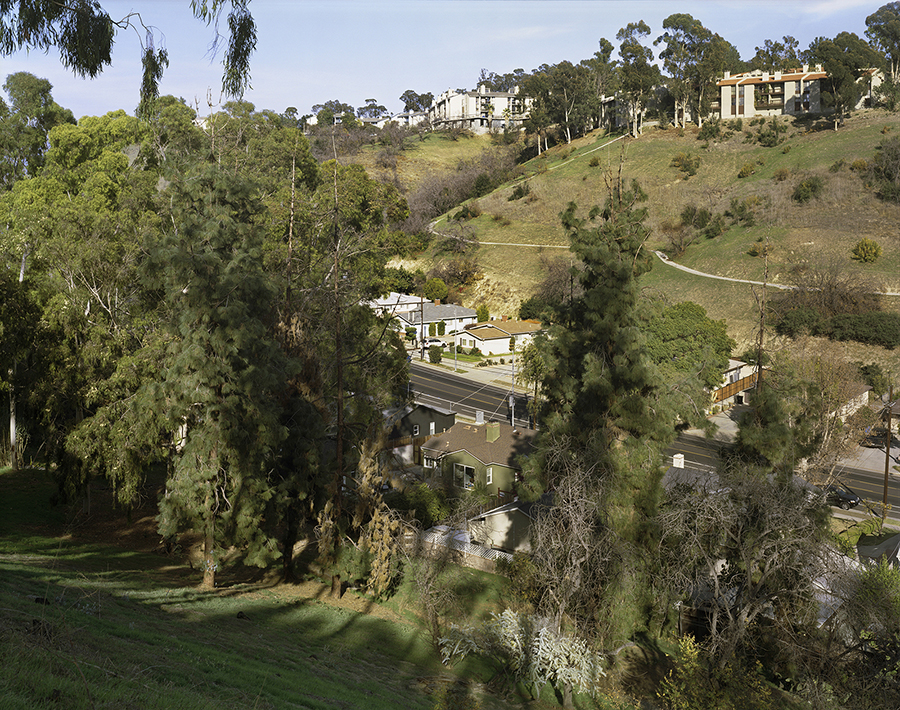 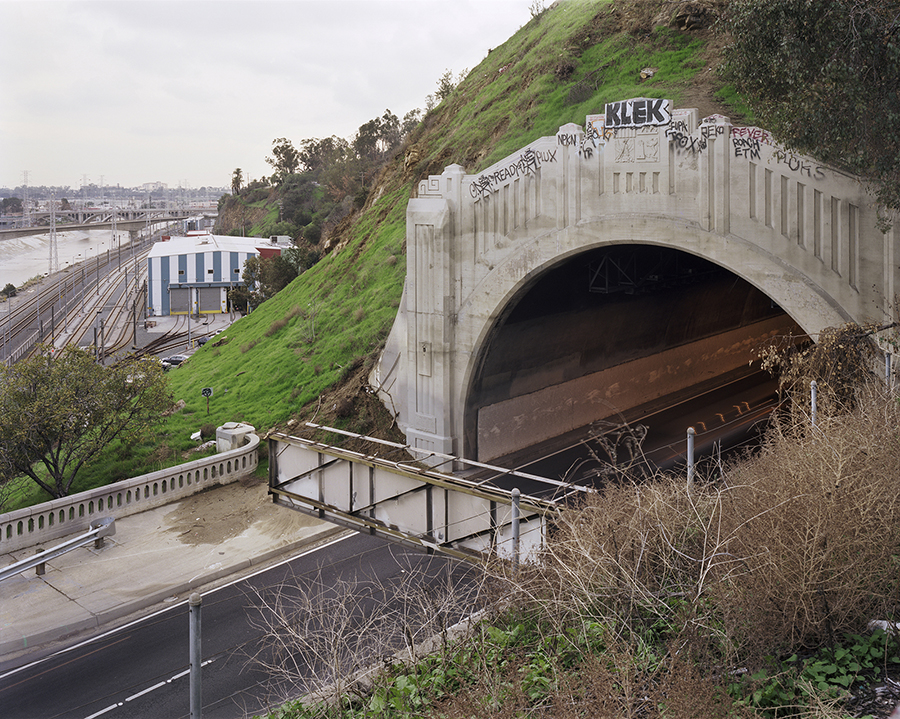 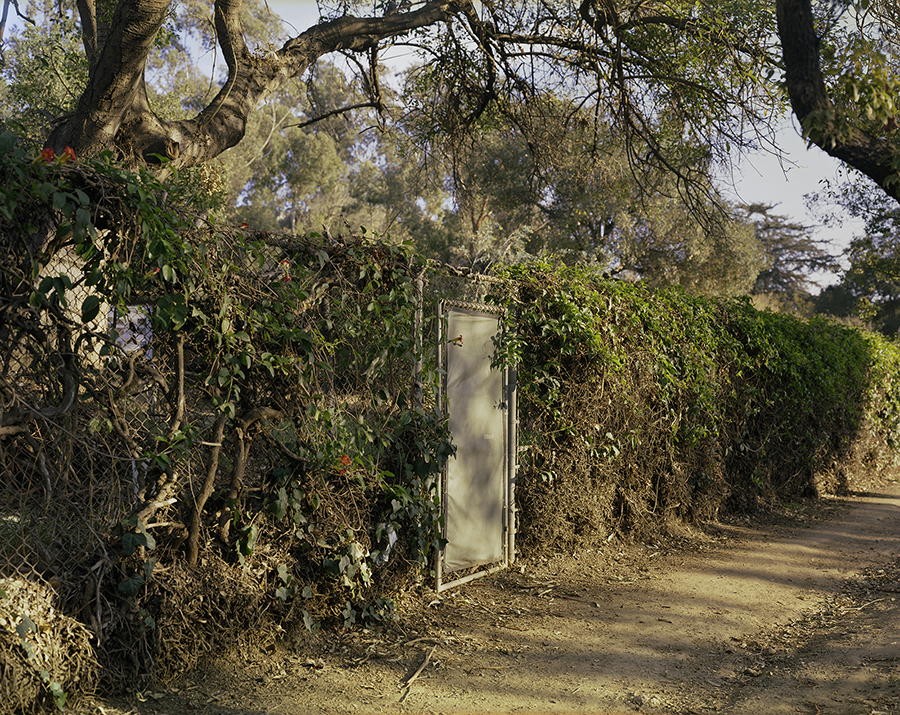 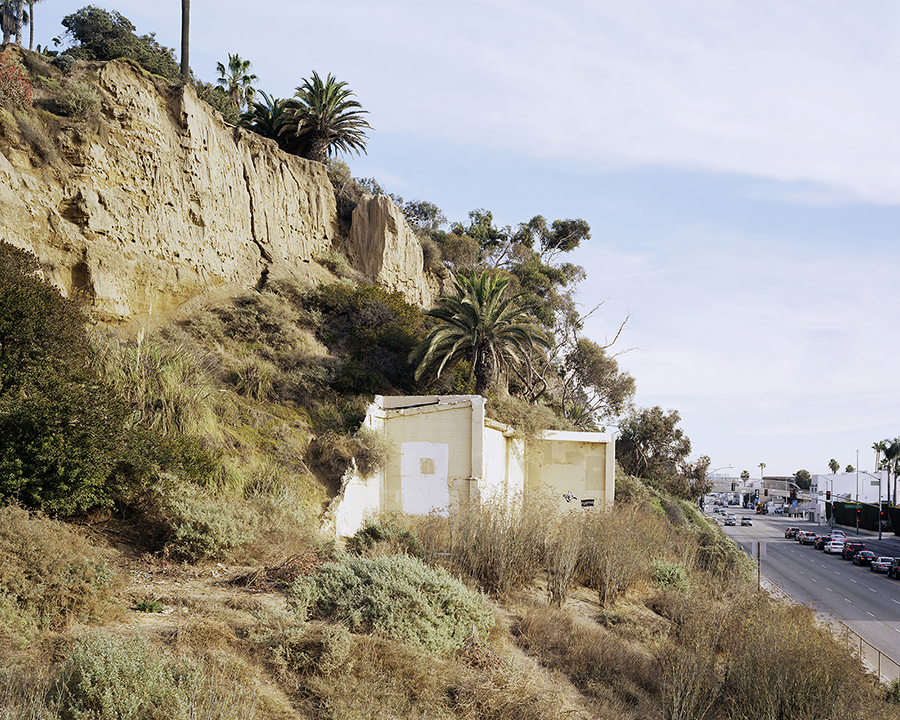 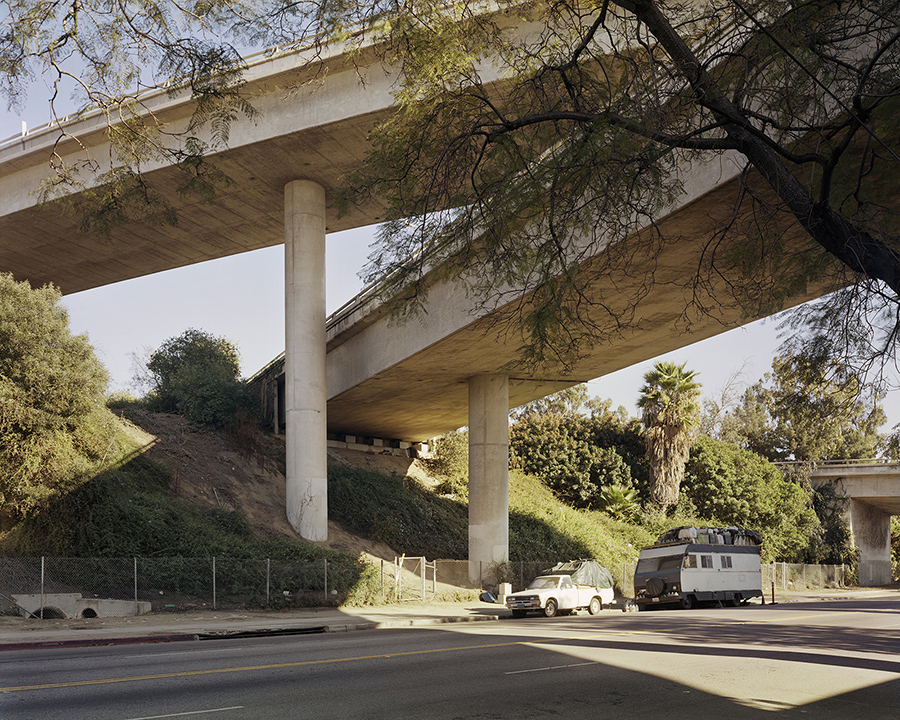 In Edges / Passageways, I investigate and document the strange and often arbitrary ways in which people draw lines over the land. I am drawn—over and over again—to fences, barriers, walkways, highways, and walls that, together, form a visual vocabulary of movement, ownership and division between person and person, or between person and land.

I am fascinated by the ways in which people make decisions about space and ownership and I want to look at and record the ways land is divvied up and parcelled out. I wonder about the bizarre rules governing the places where people are expressly permitted or strictly prohibited. What does it look like when people decide who owns what, or where? It seems absurd to me that the earth can be delineated and demarcated in such ways.

In a society that depends on cars, freeways and highways are often presented as projects that will serve as connectors across a city, or between two cities—effective, efficient: a force for good. But often, their construction necessitates the destruction of entire neighbourhoods by cutting them in half. The freeway is an edge and a barrier to some, and a passageway to others. This dual state of existing is what I am searching for—that an edge can separate two things or places, or serve as the passage between them.

It gives me hope, though, to know that human beings can find their inevitable ways around walls. Fences fall and barriers can fail. Walls outlive their usefulness and their intended purposes. Foot-worn pathways can prevail, and lowly vines can overtake mighty highway overpasses. I am interested in picturing the borders and barriers that people erect arbitrarily and enforce haphazardly, and I want to look at the ways that people undermine these systems of organization and control.

Finally, I am also interested in the ways that nature reclaims or rebels against these manmade barriers. As much as human decisions shape the landscape, the non-decisions of dereliction and abandonment do too.

When I photograph in the landscape I am conscious of using the camera as a tool for documentation as well as transformation. Though the reproductions I make of the landscape are faithful, dense with detail and rich with colour, they are not the same as the landscape. As a photographer walking out into the landscape and framing a photograph, I transform what I see. I am fascinated by these twin powers of photography: it documents, yet it transforms. I want to find places with twin identities: edges, passageways.