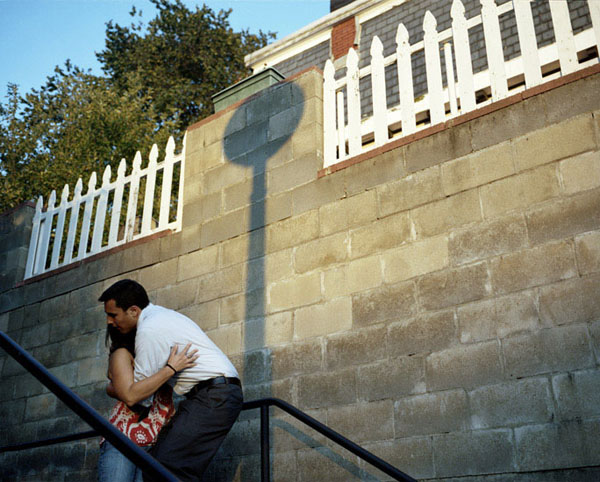 The question of how we regard others is, perhaps inevitably, a fraught one. Both the means and the nature of this perspective inflect our understanding of what is seen, to the extent that identity, whatever else it may be, has come to be regarded largely as a matter of those values that determine not only who we are but also the particular framework of conventions by which we are known – and knowable, even when that distance can often appear profound, if not actually unbridgeable. Paolo Morales is an artist concerned above all with this conundrum of identity and the relations that exist between people. Most often his work takes the form of portraiture, but this practice has evolved over the last few years into an approach that tests the boundaries of what exactly it means to ‘portray’ someone. Of course, all photographs contain an implicit reflection on the means of their production, but this trace of the photographer’s interaction plays an increasingly prominent role in Morales’s work. The photograph is, essentially, a marker of space that must be negotiated between individuals, the space of social – and psychological – perspicacity, where nothing, as such, is laid bare; rather, for Morales, it is the mechanics of our performing that becomes fleetingly transparent.

But the assumption that what we see here is somehow the struggle to express an authentic self behind the social mask must be considered with care. What the pictures visualise is a complex reciprocity, where ‘the self’ is actually constituted by the tension that exists between people, or at least can only be understood in light of that relation. In that sense, we are not entirely blank surfaces on which a society can inscribe itself, but the agents through which these social roles are performed. Exactly how Morales might arrive at the scenarios that populate his work, with regard to whether they are spontaneous or somehow rehearsed, is beside the point. Indeed, that sense of doubt is a crucial feature of their effect. It is purposefully difficult to grasp just how the ‘characters’ interact. Perhaps we see an undercurrent of aggression or a latent eroticism, but this is not grounded in a specific narrative. There is also something that goes to the heart of photography here, and portraiture especially; it is the sense in which a picture can only suggest, never reveal. For Morales the relationships between people are not ever fully comprehensible; howsoever we read into them is necessarily a projection and this state of uncertainty is, in fact, definitive.

The notion of a person as a distinct individual is, on the surface at least, an obvious one, but given that our social interactions are fundamentally performative, the self can also be regarded, somewhat paradoxically, as a succession of masks and roles. The question of whether or not these relations are the sum of identity itself, with little or no firm ground beneath, is one that Morales leaves tellingly open. At the same time, nothing in these images seem to suggest a conclusive retreat into the sort of relativism that has defined so much recent theorising about the self as subject – there is still a living complexity at stake here, however ambiguous the nature of the performance. These people remain whole, with their histories intact and yet they are defiantly more than what they have been or done. So while there may be no doubt that identity is performed, for Morales this does not appear to mean that who we are is merely a succession of empty, fugitive gestures within the narrow limits of a social context; his subjects exist resonantly within the scenes he has created (or discovered), but what can be known of them is always somehow incomplete just at the point where their defining tensions appear most clearly. 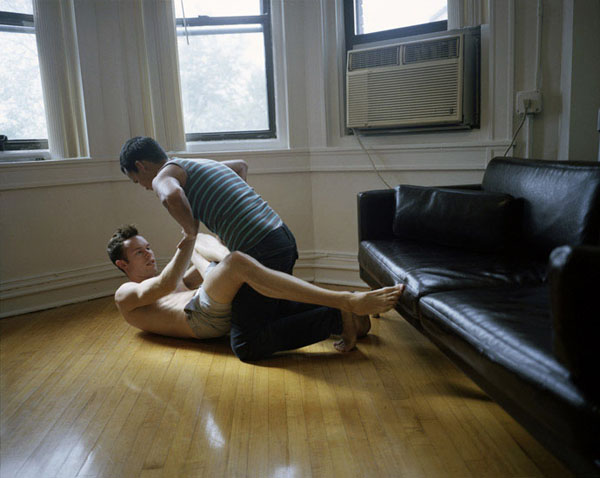 It seems that most of your work revolves around portraiture in one form or another. I know this might be a rather broad topic to begin with, but at the same time I’m wondering what exactly it is that so consistently attracts you to photographing people?

I find people to be interesting subject matter for photographs in part because of what could potentially occur in any given situation. Landscapes, for me at least, are less interesting because, for the most part, a landscape is static. (Weather, like a storm or tornado, can of course alter a landscape, but I try not to be outside during severe conditions!) Another way of looking at it is that landscapes, unlike people, cannot react to me in an emotional way. I like seeing in a picture how a person might react to me and how I personally react to them.

Do you use photography, then, as a means of making certain relationships visible or is the process actually a way of creating these connections where perhaps they didn’t exist before?

I think I use photography to do both of those things. When I photograph people I know, the camera is a tool to confirm relationships. The picture is evidence. At the very least, the other person and I were in each other’s physical presence for the particular moment that picture was made – more photographs equal more evidence. I think I am trying to prove to myself that I share some kind of relationship to the person pictured.

When photographing strangers, the camera is certainly a way of creating a relationship where one wouldn’t exist without the alibi of picture-making. While these may be my motivations, the goal is first and foremost to make a visually appealing photograph within the confines of a complex frame. And at this moment, a complex frame for me means a photograph where there are multiple elements occurring.

There has been a fairly distinctive evolution in your work over the last few years towards something that seems, from the outside at least, to be a lot more collaborative and involving a certain degree of input from your subjects. What do you see as motivating that?

I don’t think I can in good faith agree that my pictures are by-products of collaboration. A photographer has far too much control for a portrait to qualify as collaborative. This does not mean that the subject doesn’t have any input, but that it is indirect. While whomever is being photographed certainly doesn’t decide how to frame a scene or when to click the shutter, they can decide what they are or aren’t willing to do and how, if at all, they react to me. By this definition, a portrait is the by-product of a symbiotic relationship.

My motivation for seeking out these types of situations comes out of an interest in unpredictable photographic outcomes. At this moment, I have little interest in staging photographs where I know exactly how an image will appear. Referring back to your first question, part of what makes photographing people interesting is the potential for what could occur before the camera. Real life is far more interesting than anything I could invent or imagine.

Would you say that these more performative images reconstruct memories and experiences of your own or are they more a way of leading the viewer into a broader consideration of human relationships?

In general the pictures involving performance function for me as responses to personal experience. Lately I’ve strayed away from directing situations and am trying to trust my intuition more. The ultimate goal is to make a picture of a gesture or scenario when it is actually happening. Unfortunately, I am not a particularly ‘fast’ photographer and because of that I need to ask for something to be repeated in order to make a picture.

Although the picture-making process is a personal pursuit, I hope a viewer ignores my personal experiences and instead use the pictures to consider how people relate to and physically interact together in photographs. 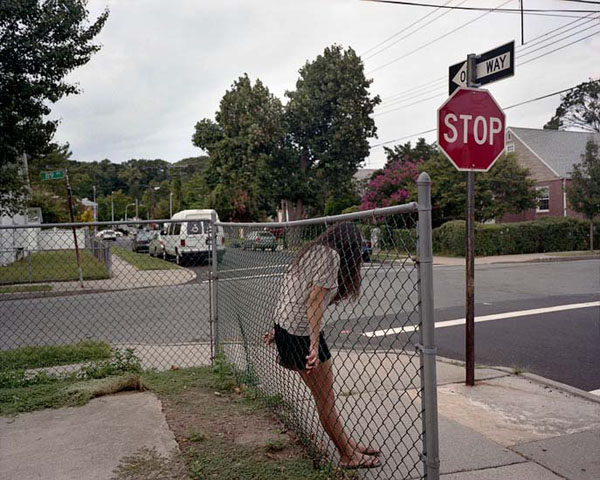 The notion of intimacy seems to a play a central role in your latest work as well, but how the various characters interact is not always shown as being comfortable. Is that strangeness making a very intentional point?

Yes. Photographs are great because they contain indisputable visual facts in a frame. The central problem with those facts is ambiguity. Pictures become exciting to me when one of those photographic facts has opposing interpretations. Some of the gestures, to me at least, look like the people in the pictures could be helping or hurting each other. Maybe the expression on a person’s face makes the viewer think the gesture is causing physical pain. Maybe someone else interprets the expression as pleasure. Ultimately the viewer is left with many questions and rarely, if ever, with definitive answers.

Say there is a photograph of a naked person in a bed. In order to make the picture, the facts of the picture suggest the photographer has a relationship to the subject that makes him or her privy to seeing and photographing the subject nude in a bed. The facts possibly also suggest an intimate relationship between the photographer and the subject, but that intimacy is an illusion – my aim is to undermine intimacy in photographs. A picture of someone naked in bed with rumpled sheets and morning light is not evidence of an intimate relationship: perhaps the person is just a friend.  Or maybe the picture is staged: the subject is a model and the sheets were intentionally rumpled so the photograph looks intimate. Because pictures are still, there is no clue as to what happens before or after the fraction of a second it took to make the image.

Finally, how do you see your work developing in the future?

First and foremost I intend to continue making photographs. Pictures are endlessly fascinating and I am committed to the medium. There are artists who use photography as part of a larger practice and they most importantly do it well. I have tried things besides photography and I can say with confidence I lack technical ability in all other artistic mediums. I studied photography for four years in art school and just started graduate studies in photography recently. I’ve been told in more than one way that one of the goals of a graduate program is to disrupt and apply pressure to an already comfortable method of working. Whenever transition occurs, life is disrupting a familiar mode of living. The by-product of both graduate school and life transitions is change. By making the choice to disrupt my life to go to school again, I am consequently disrupting and applying pressure to my work. I have no idea what that will look like but all I can say is that I am excited about it. 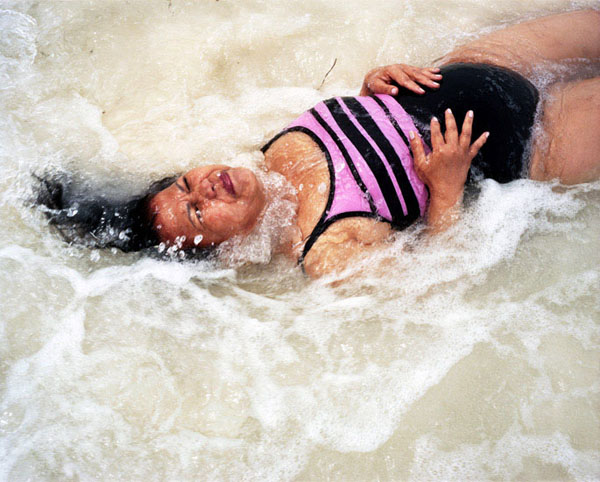 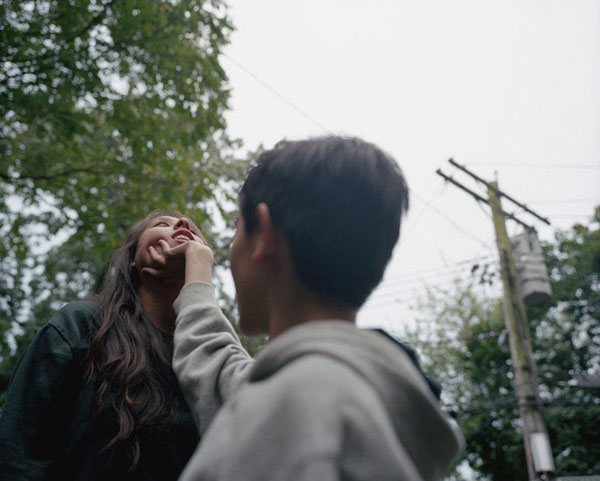 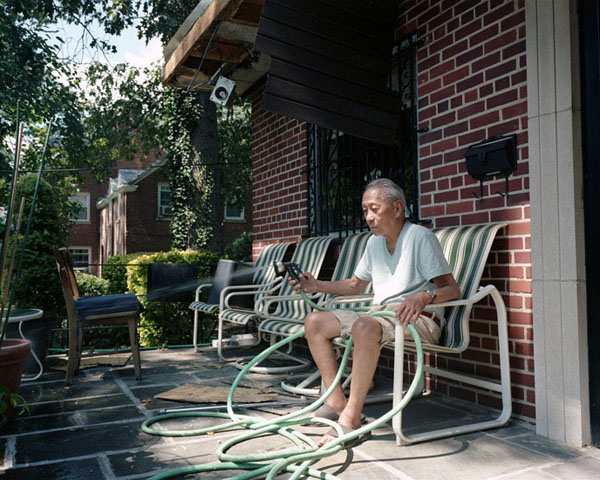 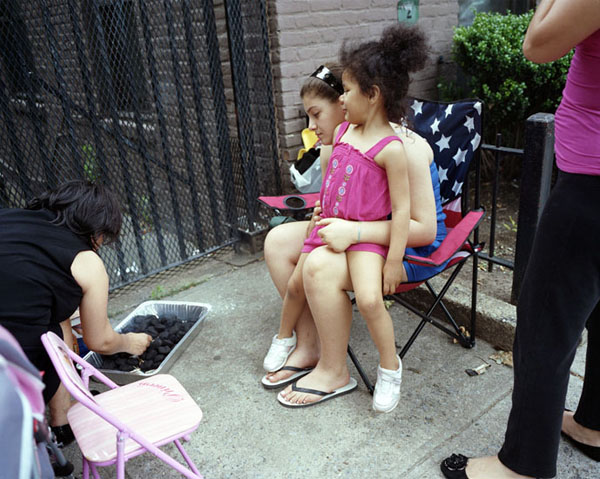 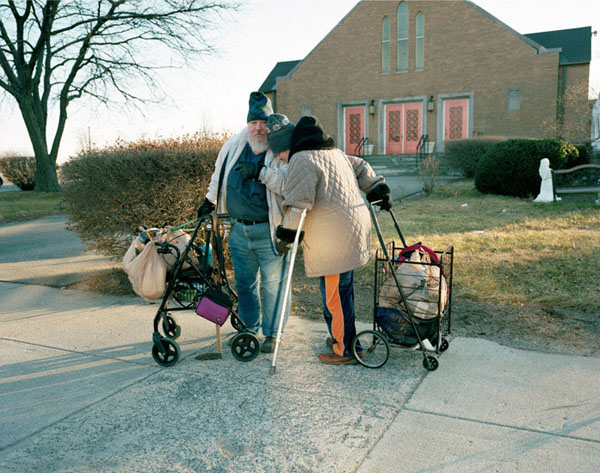