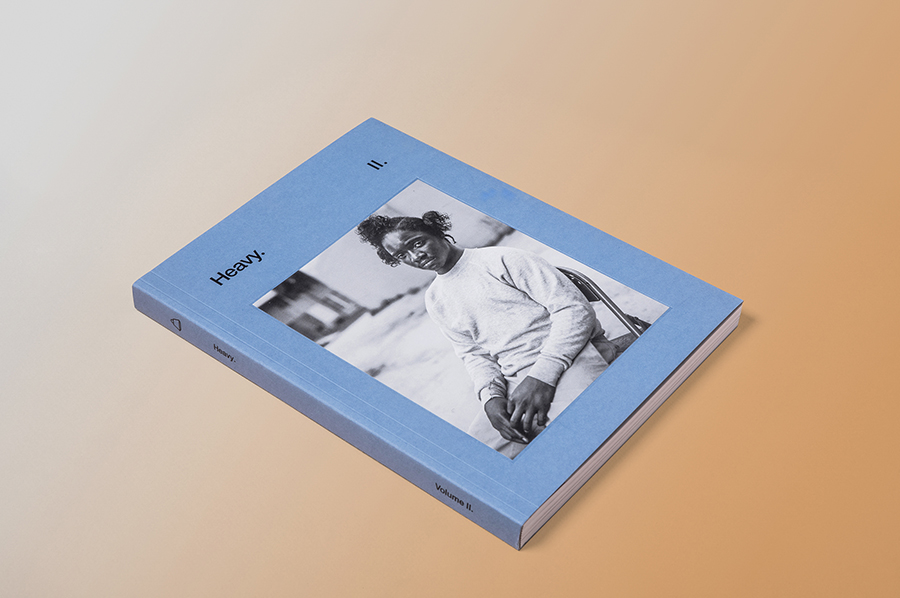 Sydney based The Heavy Collective started as an online platform showcasing interviews, features and more with photographers whose work display a breadth of subjective and conceptual ideas. Continuing their format from online to offline, they successfully crowdfunded their first print edition and are back with Heavy Vol. II.

We spoke to founder Jack Harries about his beginnings with photography, his publishing and editing processes and future plans for The Heavy Collective.

Could you tell us a bit about your background and where your interest in photography came from?

I grew up in a creative environment, my mother was a painter and a sculpture and often used a camera. I taught myself photography as a teenager, but didn’t take it seriously until I was in my mid 20’s. I wasn’t great in school as a teen and ended up having my time there cut short; as much as The Heavy Collective is a space to spotlight other photographers work, it’s also been a way of giving myself the education I might of missed, albeit a very focused one.

It’s been some time between publishing Heavy Vol. I and the newest edition Heavy Vol. II. Is this something you’re planning on expanding on, or are you happy publishing at this current level?

I currently work 9-5 as a carpenter and run The Heavy Collective (website and publishing arm) after work and over weekends, so I do what is possible with the time I have but ultimately the plan is to move into artist editions/ monographs. There are some limitations to designing and publishing numerous bodies of work within the one book and my desire to work one on one with artists is strong and something I’m really looking forward to getting stuck into when time and budget permits it. Expect to see more, just not immediately.

All spreads courtesy of The Heavy Collective

Aside from Vasili Vasileiadis co-designing Vol. 2, you had complete creative control in terms of its content and of it being self published. It’s a very autonomous publication in that sense, why was it important for you to work in this way?

It really isn’t important to me, I do prefer to work collaboratively when possible. The collective part of The Heavy Collective is a little misleading, I’ve been driving this thing more or less on my own for the past four years. There are benefits to working autonomously, I have fewer people to disagree with and you’re forced to learn things top to bottom; there’s great value in that but it’s a huge undertaking and it can’t stay this way for much longer. We’re currently hiring.
I’d like to take a quick moment to recognise and pay respect to Ashley McNelis, Alex Johnstone, Alex Ward, Kris Moore, Angela Garrick and James McComb, who’s on, off and ongoing assistance have made The Heavy Collective possible.

From the beginning, The Heavy Collective has been about
contributing to a global conversation around image making
and the publication leans on that same idea.

You’re based in Sydney, Australia, can you tell me a little about the photography scene there?

It’s easy to be critical of a place you spend a lot of time in, the photo community here can be quite fractured and there’s a classic divide between independent and institutional communities; I’m sure it mirrors much of what the international photography community is struggling with. There are pockets of magic here though, outfits like the Independent Photography Festival, Perimeter Books, The Asia Pacific Photobook Archive, all which champion and create space for inspiring and underrepresented photographers. There is strong work coming out of Sydney, but like many cities there’s a lack of visibility and monetary support and work that deserves to fly ends up hovering low to the ground. Many are working to change that, nothing good comes fast.

There’s a strong focus on international artists in Heavy Vol. 2, was this a conscious decision?

Living in Australia can have you feeling very geographically isolated and looking out from the shoreline is a way for us to stay connected to a larger photo community. From the beginning, The Heavy Collective has been about contributing to a global conversation around image making and the publication leans on that same idea.

Do you feel it is also important to introduce Australian photographers to the wider community and if so, is this something you feel may shape The Heavy Collective in the future?

Absolutely, it should show more in our shape now, it’s an admitted weak spot and something I’m working towards changing. I don’t think it will ever dominate but I hope to better cover Australian photographers, as well as many other underrepresented people and areas of photography. 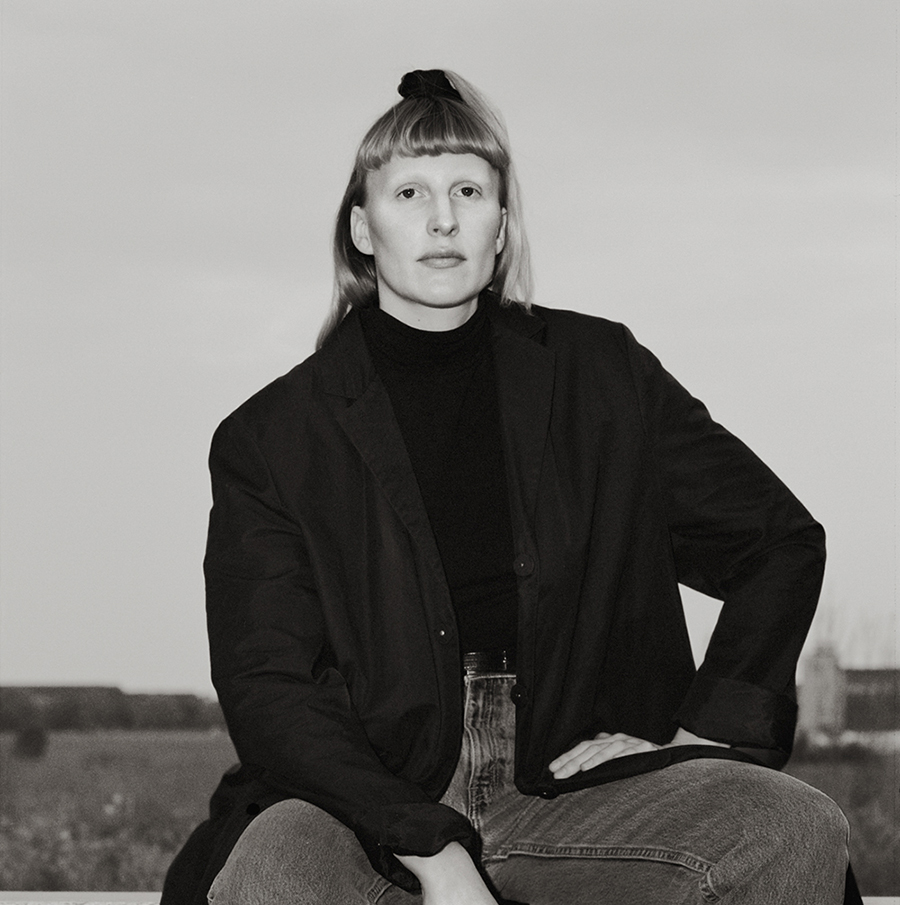 What is your process when selecting the artists to feature in the print edition as opposed to The Heavy Collective online?

They’re really not that dissimilar, I guess one difference is that the work featured on the website is fluid and ongoing, whereas the book is a physical full stop, so it’s important for me to feature strong visual stories, work that covers diverse conceptual or subjective areas and includes a variety of photographers, ideas and voices.

How closely do you work with each chosen artist for their feature? Do you take full control in terms of image selection or is it more of a collaborative process?

Every image selection in the book was a collaborative process, but some much more than others. It’s important to me, and I imagine more so to the photographer that what is printed is the most honest and expressive portrayal of the work, and as we’re only showing a trimmed version of that there’s a lot of back and fourth, emails, and Skype time that go into it. Sometimes they come together easily and sometimes it takes months. This is really the most rewarding part of the project for me, the value of the conversations I’ve had with the contributors from both one and two is hard to measure, they’ve shaped and challenged my ideas of photography, I count myself very lucky.

Were there certain elements between Vol. I and II that you felt needed changing / improving?

When making a book you’re almost always controlled/ limited by your budget, there’s countless construction options, paper stocks and unlike a pot of stew, once it has come off the press it’s done. Nothing ever goes 100% to plan. For me, as I’m still very green with publishing and design (Heavy I and II are the first and only books I’ve ever worked on), it’s about learning how to best marry the material and work in a way that respects the photography and is the most honest representation of the project. Some of the best books are folded pieces of paper with a staple in them and some are meticulously constructed marvels; both have value.

Where do you look for inspiration, are there any other publishers that excite you right now?

I look for it in other books, touching, reading, smelling books. You can’t hope to contribute something interesting to publishing without having an intimate and broad understanding of what exists and why. Other books have been my education in how to and how not to make my own, learn the rules to break the rules. There are so many exciting publishers at the moment, but a handful that come to mind immediately are Roma, Spector, The Eriskay Connection, Jiazazhi, TBW, Stanley Barker, Perimeter Editions, Nazraeli, Self Publish Be Happy, Edition Patrick Frey, Palm Studios, Vuu, Mack.

What’s next for The Heavy Collective?

I’m currently working on a group exhibition, Shadows are Cast by Things and People, featuring Stanley Wolukau-Wanambwa, Irina Rozovsky, Daniel Shea & Jordan Madge that will show at the Australian Centre for Photography in May, a new politically focused newsprint called The Reservoir with the wonderful Lindley Warren (The Ones We Love) which is due out in print later this year and of course Heavy III which is loosely due for release in early 2018. 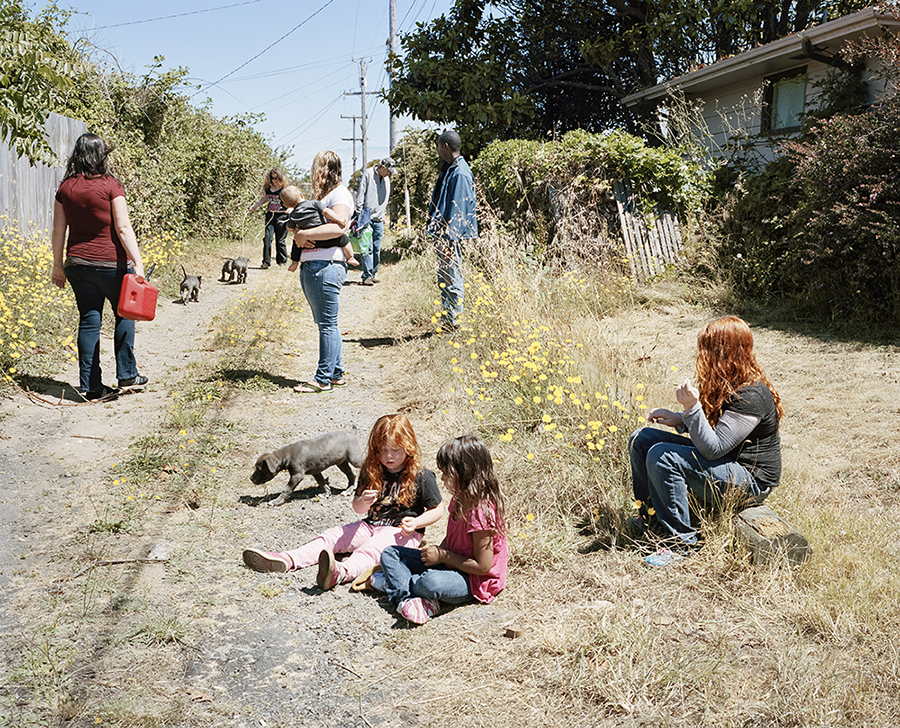 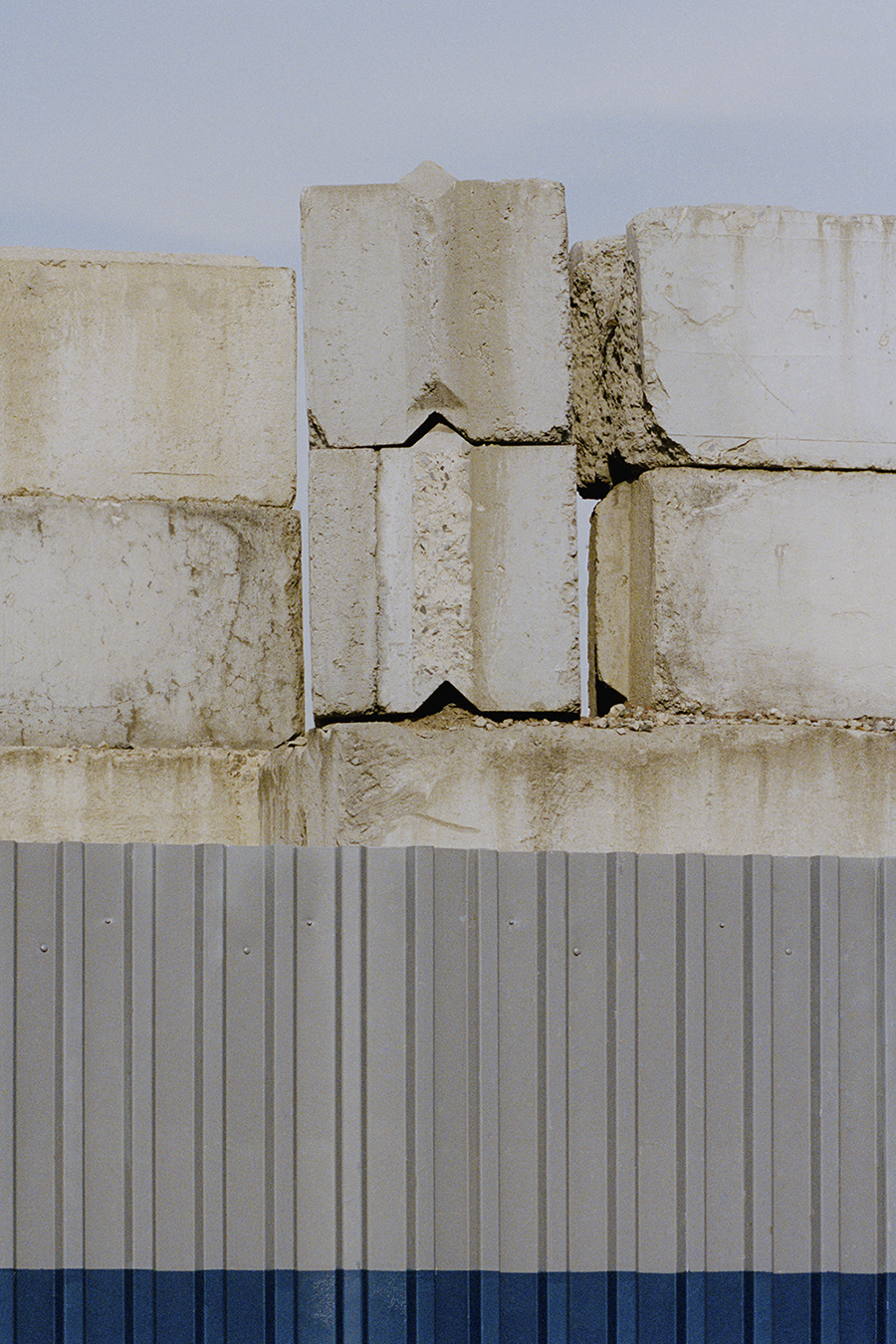 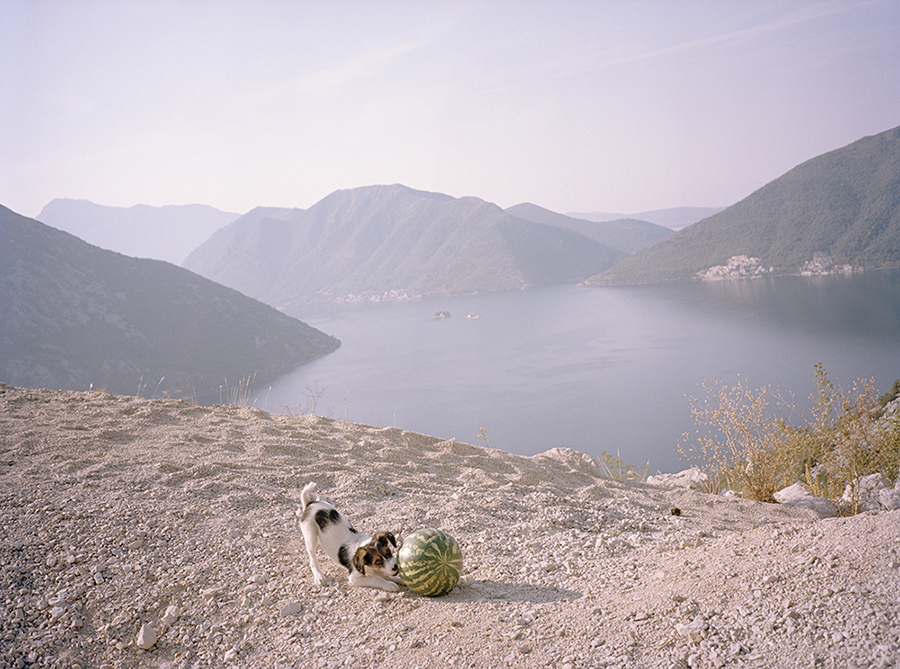 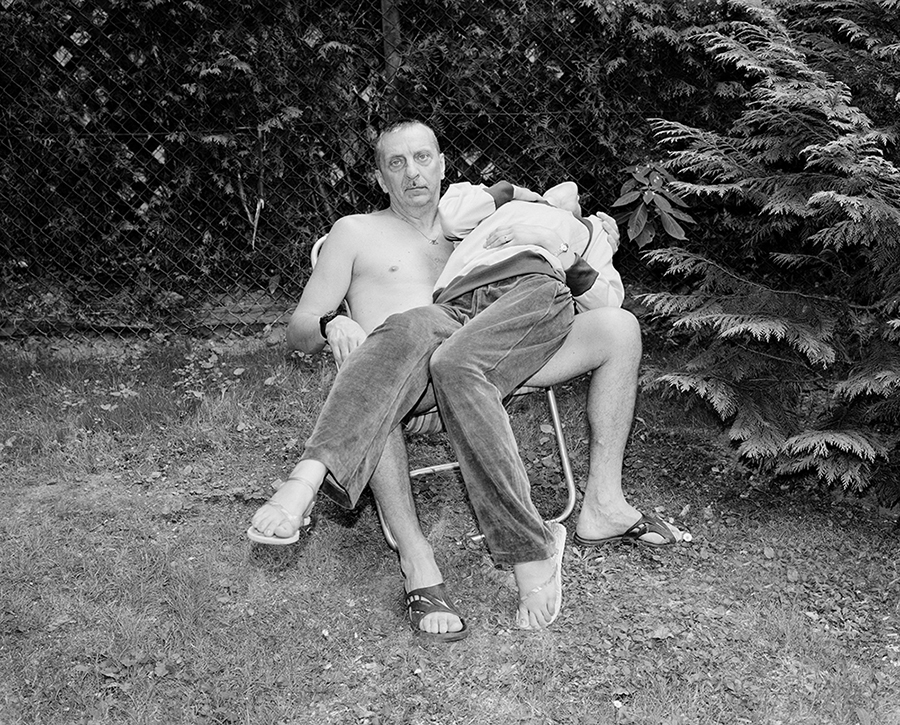 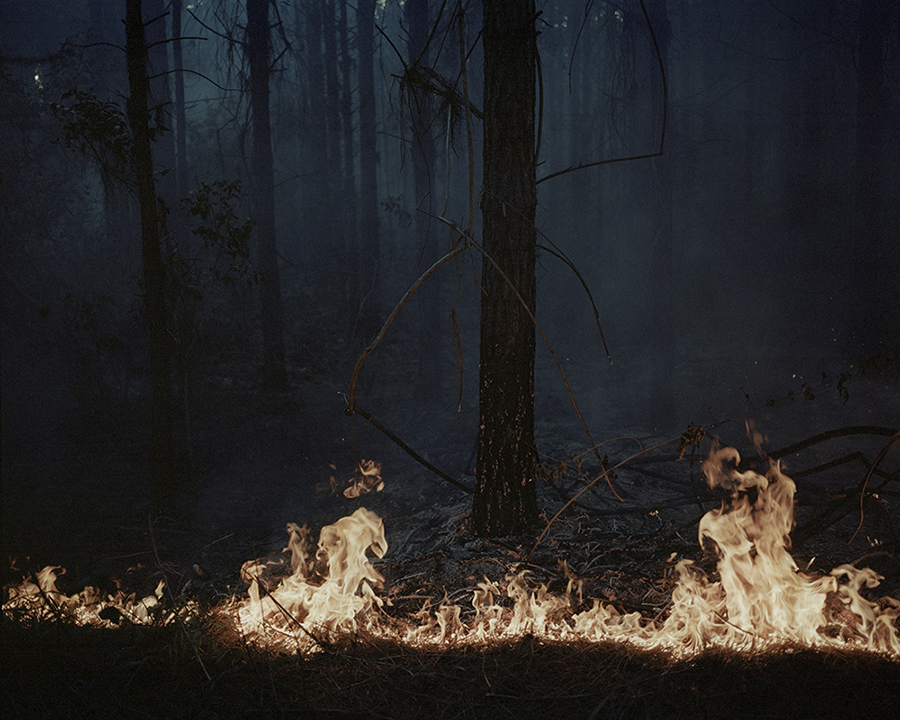 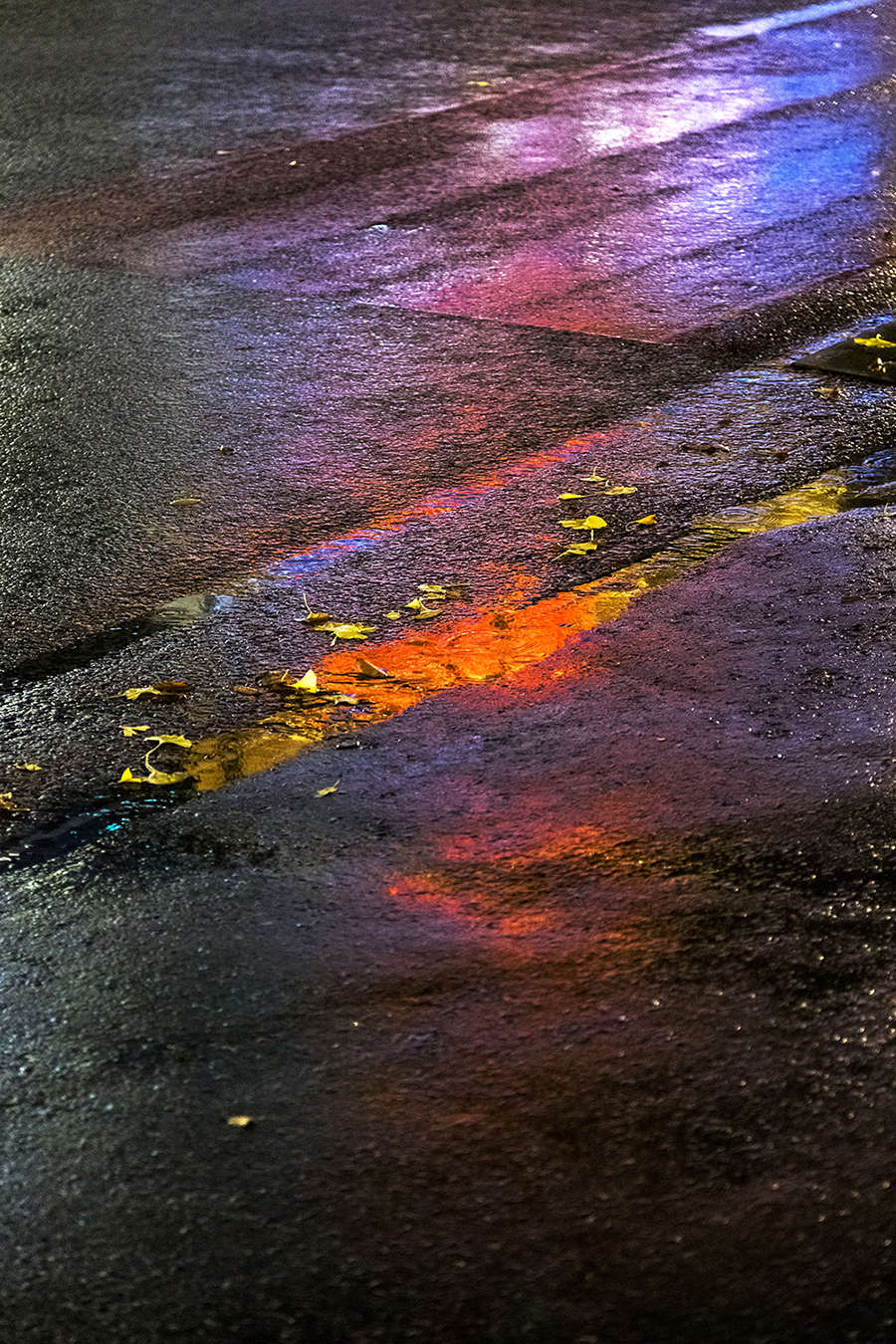 Interview by Patricia Karallis / Published 2 May 2017