Die Mortal describe themselves as a ‘multi-disciplinary, inter-galactic design duo’. Ceridwen Brown (Good Cop) and Sofie Dodgson (Bad Cop) met whilst working as video games testers. They soon realised they had a mutual interest in ’90s Nickelodeon, adhesives and anthropomorphism’ and quit their office based job to realise their dream of making masks, forging steel and fibre glassing props.

They now work for a variety of clients from Nintendo to Cbeebies, and have worked with the likes of Lady Gaga and Skream. When not moulding zombie parts and making puppet friends, they run events in London as well as major arts and music festivals including Glastonbury and Secret Garden Party. Paper Journal ventured to Canning Town, affectionately known by the duo as Cannibal Town, to see what ghoulish things they were creating. 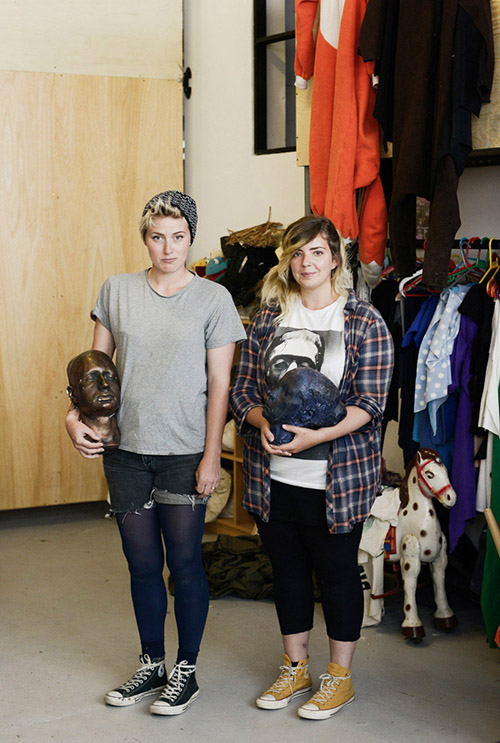 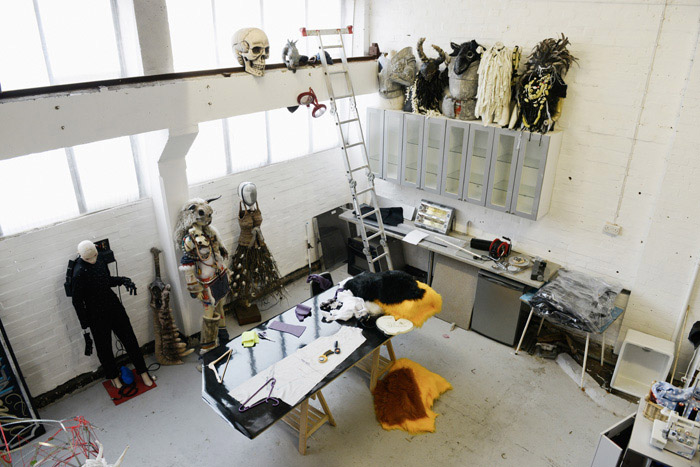 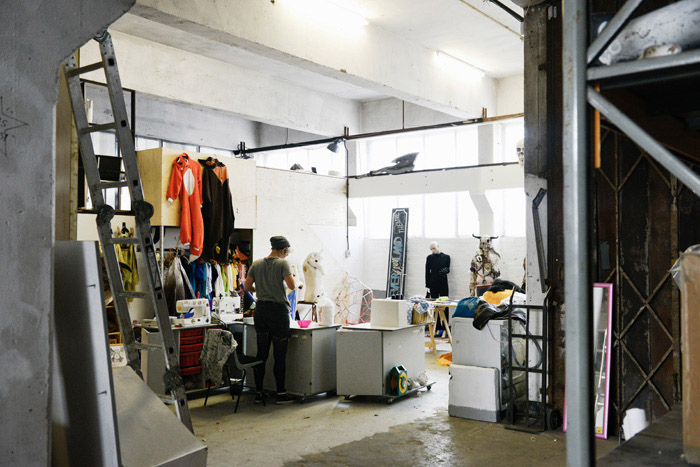 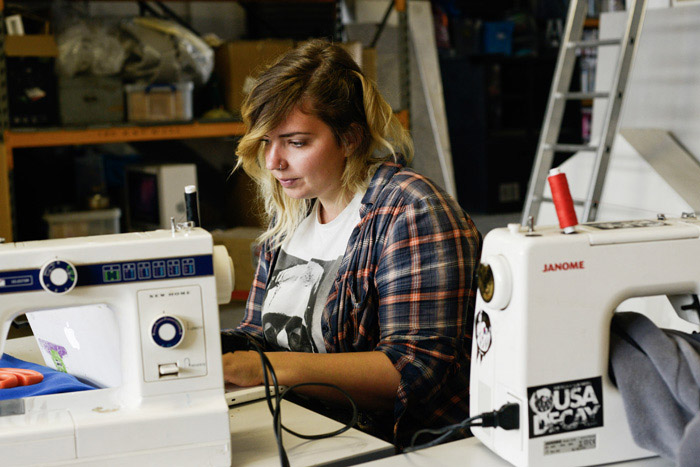 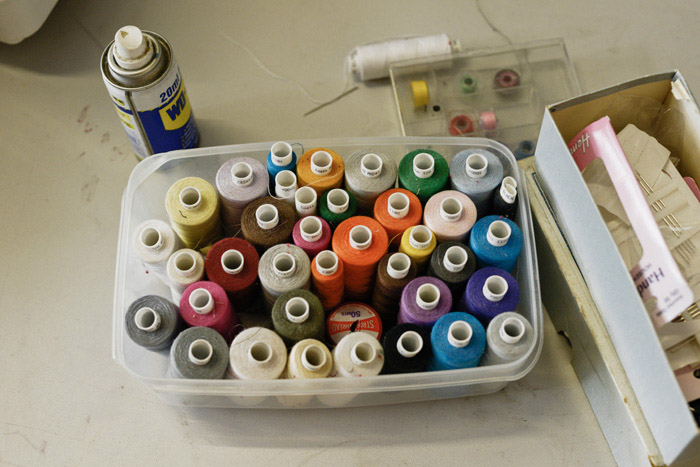 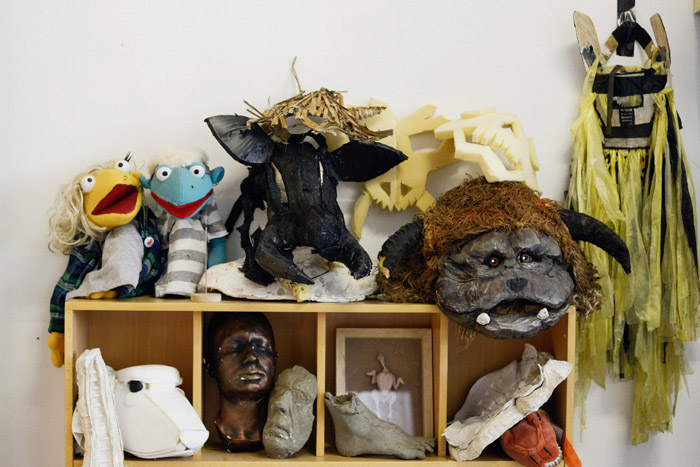 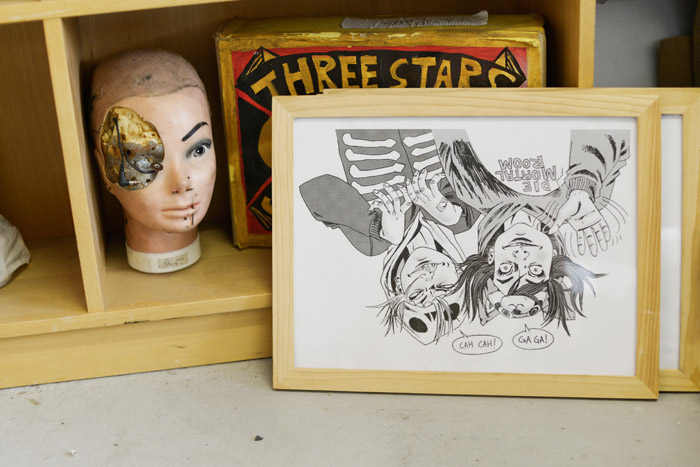 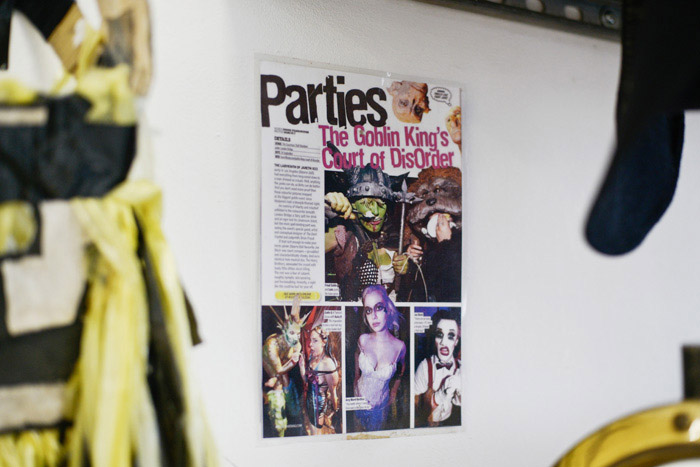 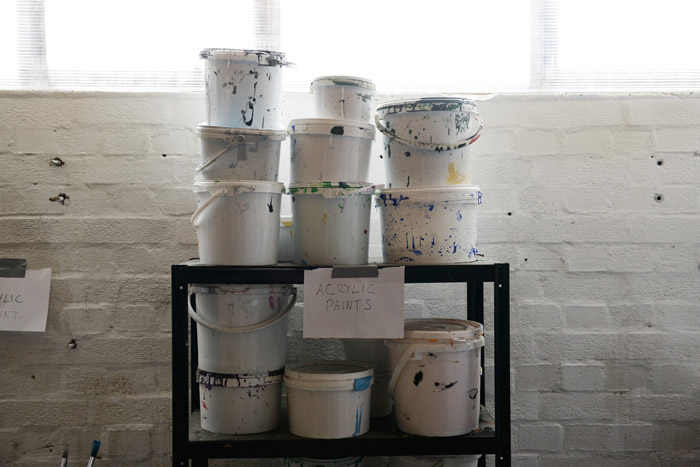 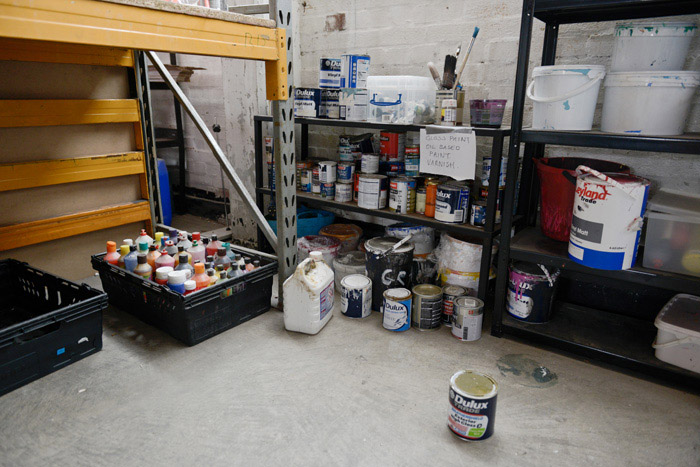 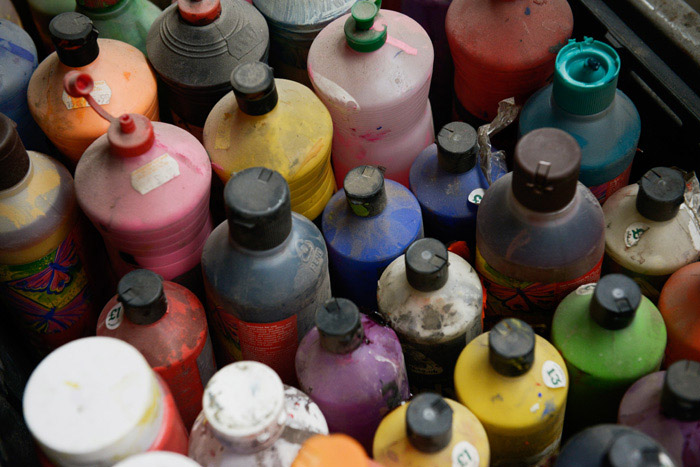 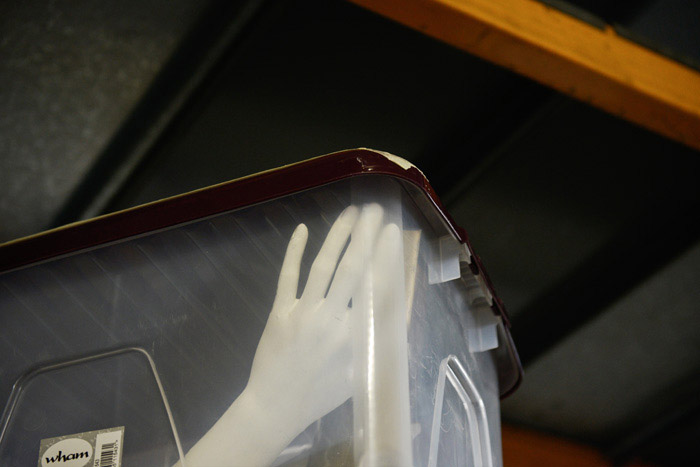 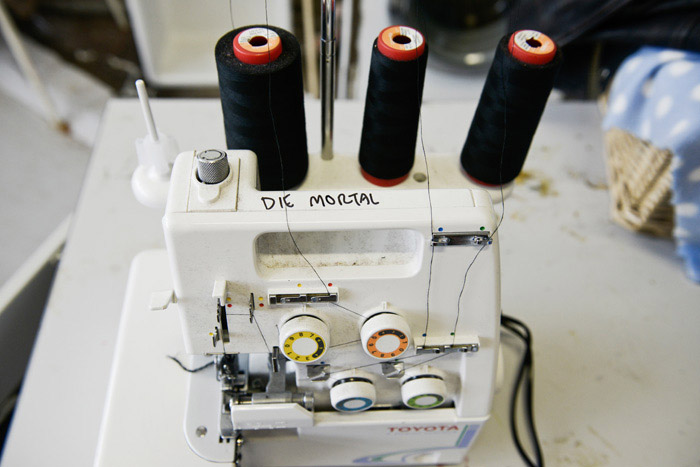 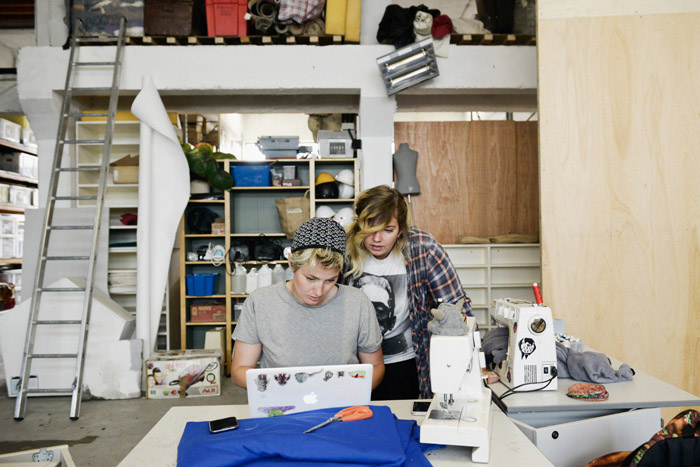 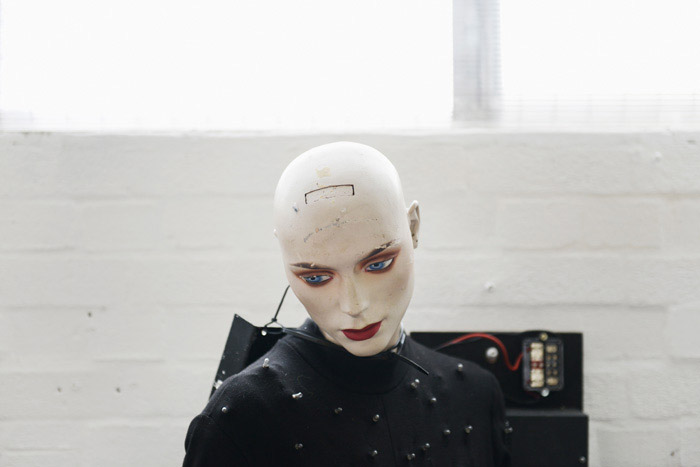 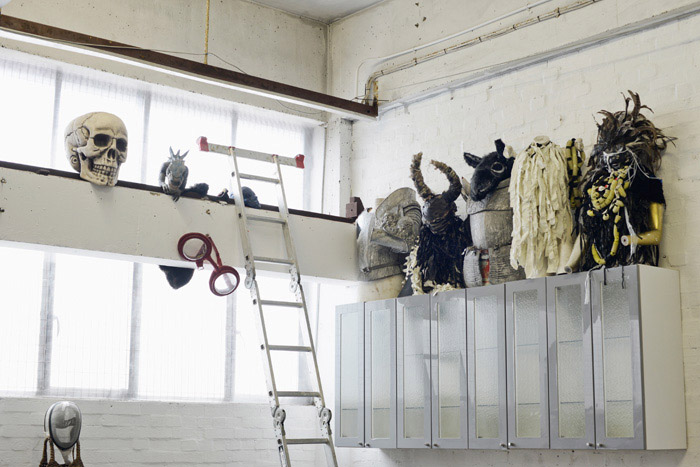 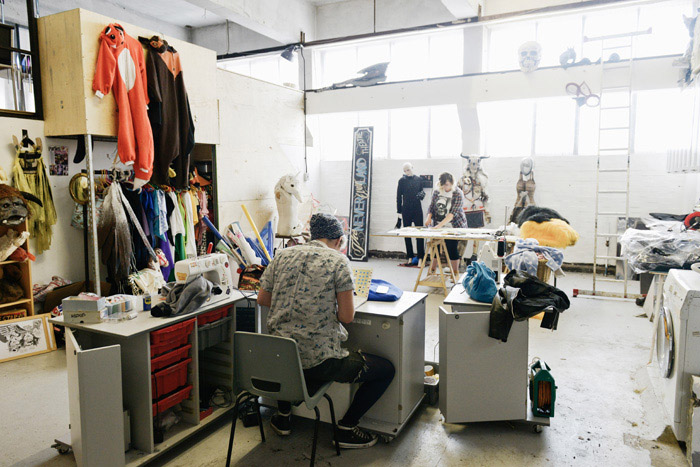 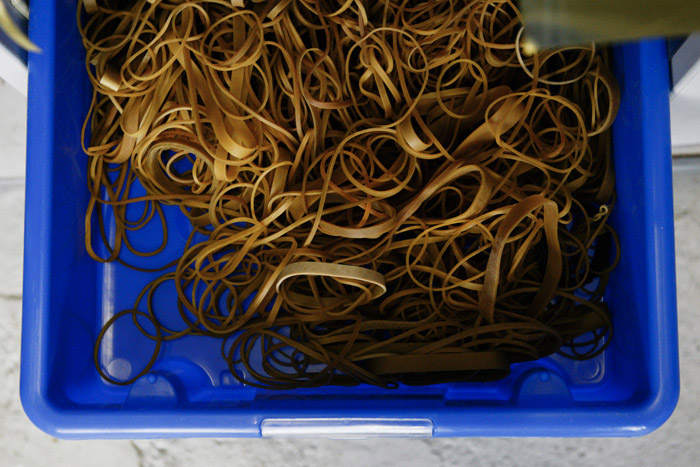 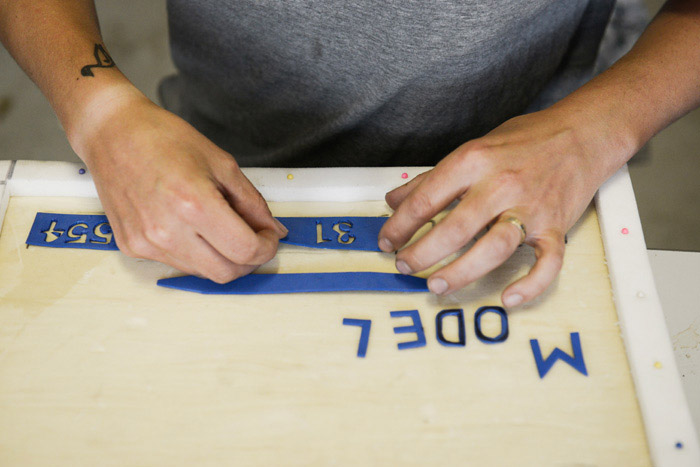 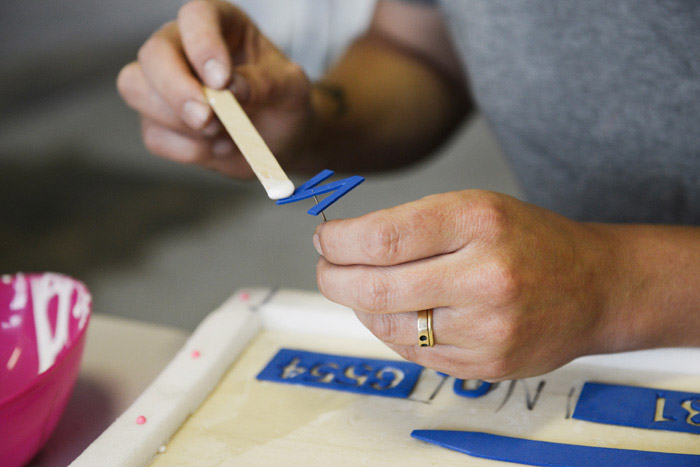 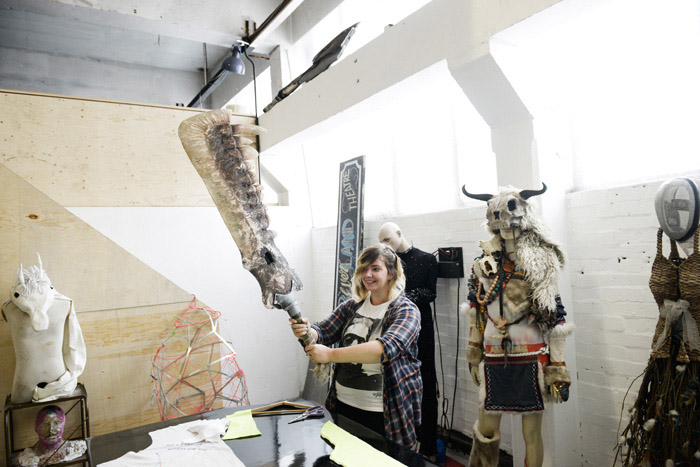 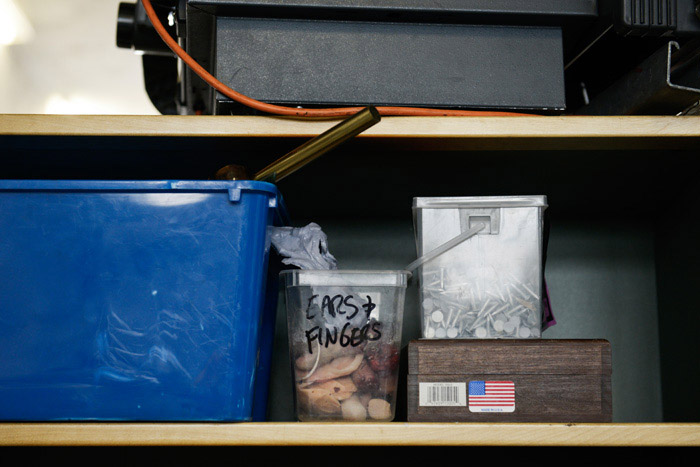 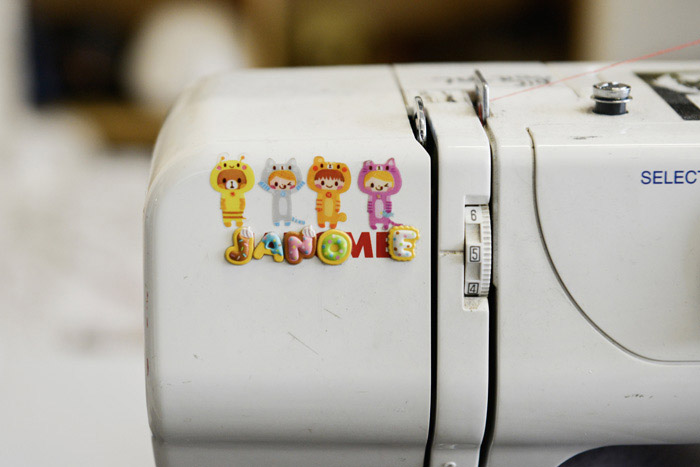 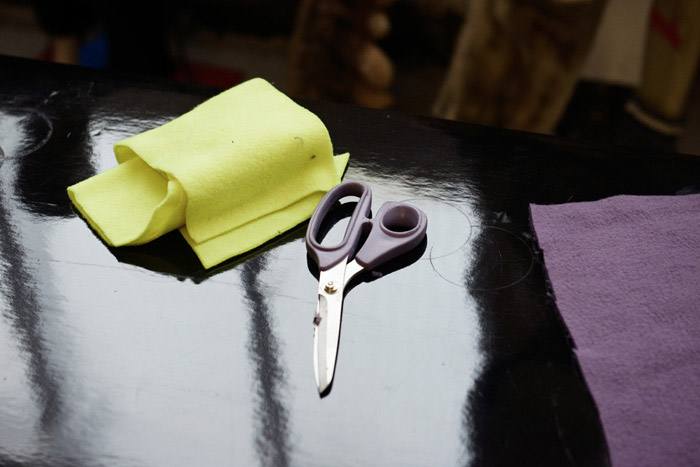 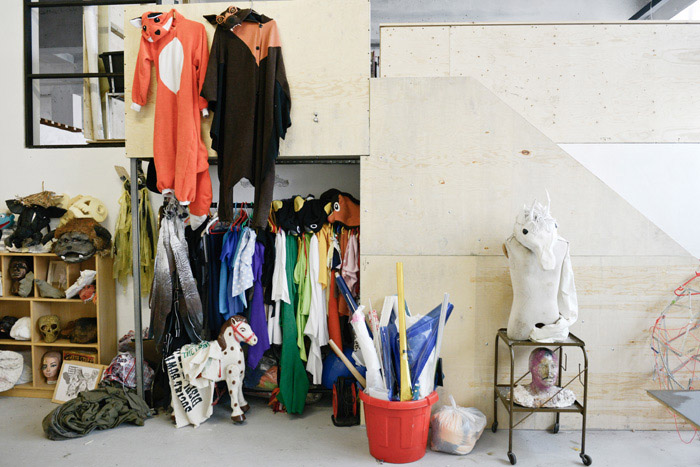 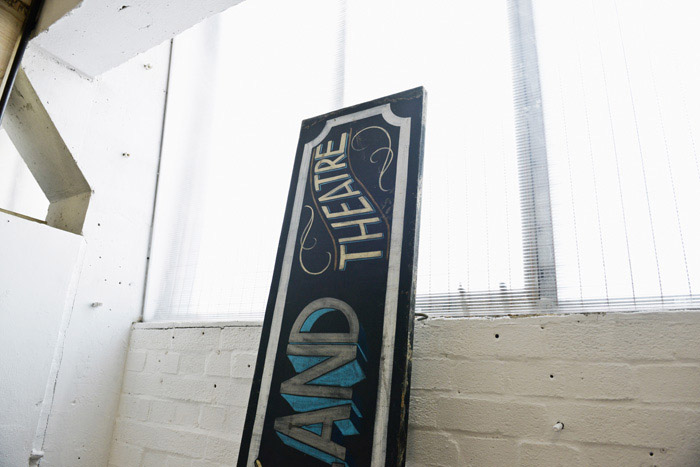 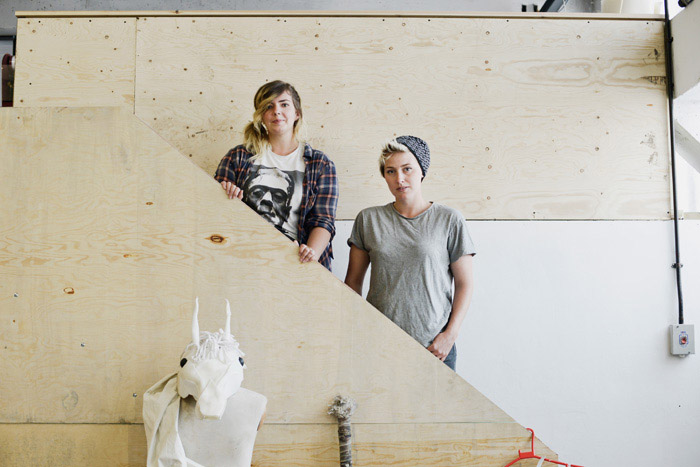 How did you meet and how did Die Mortal come about?

We met working in the video games industry. I hired Ceridwen as a tester; she was rubbish and was always making masks and nonsense instead of working. I realised that was more fun so we quit the office job to do that instead.

How would you describe you work?

Our personal work is influenced by our love of 90s trash and addiction to industrial adhesives.  We run our own events and make things for lots of performers so every piece is quite different, though usually quite humorous and cute, with a dark and macabre edge.

We are based in Canning Town (we affectionately refer to it as Cannibal Town), which is roughly located in the middle of nowhere. We used to have a studio in the Peanut Factory in Hackney Wick, but were made refugees by the Olympics and the trendy kids that didn’t like being woken up by the sound of our circular saw and the smell of polyester resin.

Tell us a little about your average daily schedule; at what time of day are you most productive?

We avoid mornings if at all possible, and end up working late into the night instead which is when the weird ideas happen. We are a bit shit at following a schedule really, though regular tea drinking seems to break up the day.

What has been your favourite commission / project so far?

We work at a lot of festivals over the summer, which is really fun as although the budgets are small, we have a lot of creative freedom. This year we ran the theatre stage at Secret Garden Party as a never ending pyjama party with giant animatronic teddy bears and eighty people duvets. We recently finished designing and building the basement of the Casa Negra in Shoreditch for Serge Becker. We filled all of the booths with tiny cardboard bayous and cold war space bases populated by cannibalistic dolls. That was fun.

Where do you want to go in the future?

Cancun! SPRING BREAK! We want to take a show to the Edinburgh Festival next summer and are toying with a dramatisation of the plot to behead Joss Stone. For our joint 30th we want to go the world’s biggest LARP festival in Germany, so we have three years to finish forging some armour and battle-axes (and learn some spells in German.) We are also starting a rock band in Ceridwen’s attic.

Favourite character from Game of Thrones and why?

Ceridwen: My favourite character is Tyrion, the Imp, coz he’s sassy and small.
Sofie: I love the Hound because she has a weird thing for facially disfigured antiheroes, (and he has a neato helmet.)