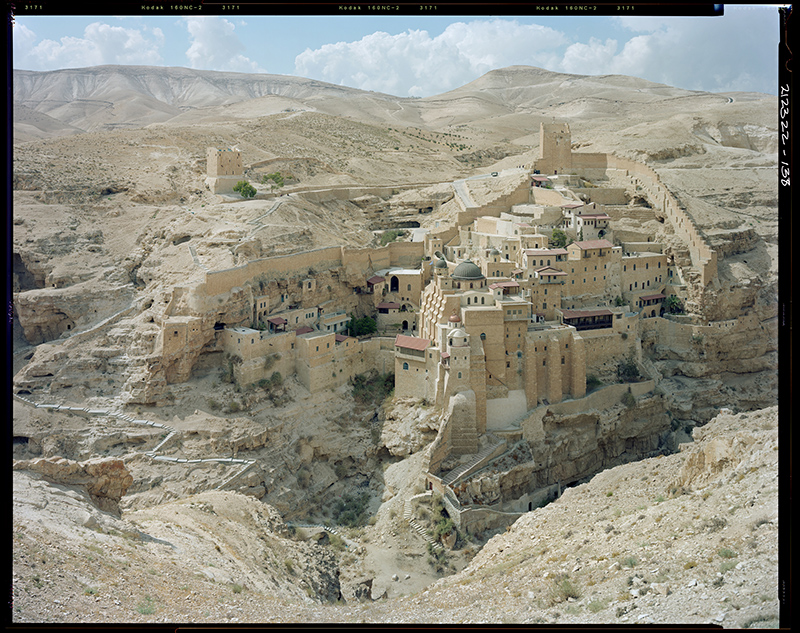 Charlotte Cotton has had an illustrious career, she’s previously held the position of Head of Programming at the Photographers’ Gallery and Curator of Photography at the Victoria & Albert Museum. She was head of photography at LACMA when she gave a talk at University of the Arts London in 2009; this talk is the first time I encountered her. More recently she has curated the final stage of the This Place project, one that gives probably the most indulgent photographic look at Israel and the West Bank we’ve ever had. Charlotte interviewed all the photographers and overlooked the catalogue as well as bringing together twelve new projects made for This Place into a single exhibition.

Did you think of the project as a documentary work or an art series?

I thought about the project as, ‘where do artist fit within “this place”’ so I do think of them as artists rather than documentary photographers. However the spread of the artists, particularly those like Giles Perres and Josef Koudelka, are giants of the idea of photojournalism and embedded documentary projects, so there is definitely an element of documentary.

Israel and the West Bank is a place which almost always instantly divides opinion, what was the feeling of going somewhere so controversial without having a political cause, but rather just to make art?

There are a number of considerations, the first being what were these photographers being invited to do? Some of the artist that were invited would strongly disagree that they could find their pictures in Israel. One of the problems with Israel is that there is a sort of visual embargo or a cultural perception that there should be a visual embargo or even a rule about who gets to photograph this place, a rule that we do not apply to anywhere else. So of course it is one of the most tinderbox issues, but for some of the artists they took on the challenge of doing what they do somewhere else in the world. With that sentience, I took the chance to really look at it in a way that history is played out in that place. Particularly those large format 10×8 guys and that’s what their photographs do; their images look at the layers of time, both contemporary time but also deep historic time, and both of those things are there. In a project like Nick Waplington’s 10”x8” pictures of the settlers and settlements, he consciously constructed that project. The work can be read as pro-Zionist or it can be seen as pro-Palestinian, it depends on what you the reader brings to it. Writing the reading for the show, we were aware that it would be damned by extremists on both sides as either both Zionist or pro-Palestinian.

How did the photographers take to the project?

All of the photographers were involved in a discussion with us and with each other at the formation of the project in 2008/2009 about what it is they could bring to This Place, both individually and as a group. None of them had worked in this way, apart from Koudelka who had worked on the ‘Datar Project’, commissioned by l’mission photographique for the French government to document contemporary France. That project was one of the precedent’s for this one to get funding, as well as the ‘Farm Security Administration’ project in the 1930s. The idea is that as unreconstructed as it might seem, the project starts with this belief that there is something that artists working with photography can bring into these places which is really contemplative about the actuality of the place. 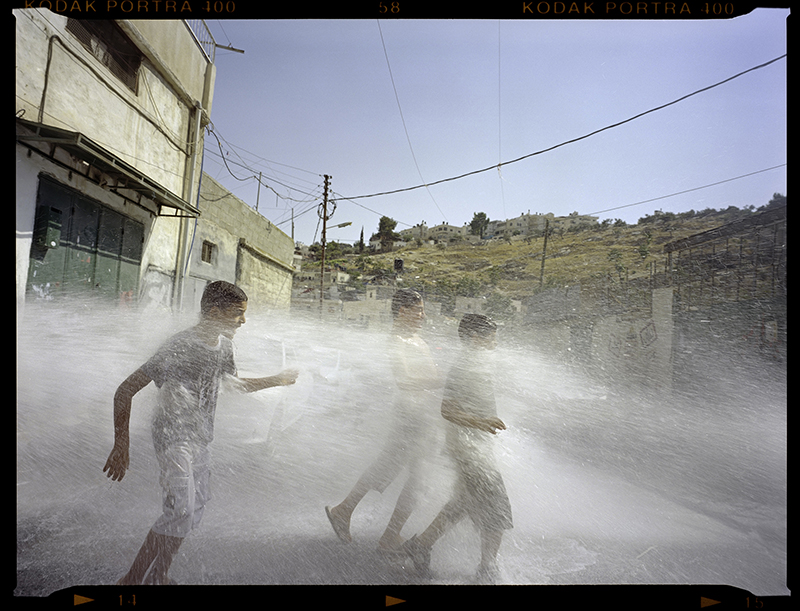 Gilles Peress, Al Bustan, a Neighborhood in the Village of Silwan, East Jerusalem, 2011

How do you think these photographs sit in terms of the current situation in Israel and the West Bank?

The majority of the pictures were made between 2009 and 2012, although Giles and Thomas Struth carried on a little bit after that and Nick Waplington and Fazal’s project’s contributions to this place are a small part of bigger projects as well. That was a particular moment in the history of the region, not a super violent one and it was a point where there was possibly more hope than there is now with the implications of what’s just happened in Gaza. That’s the role of an artist, to see how their pictures will read in the context of what happens later on. There is a resilience in these pictures which refers to what the artist brings; they are not news journalists, the images don’t need to have a caption that states these event at this particular moment; they are producing pictures that are read in a different way. They are producing pictures that are about the ongoing story of Israel and the West Bank.

How did you come to curate the exhibition?

When I was approached about it there had already been two other curators, Urs Stahel and Jeff Rosenheim, who was at the MET and was an external consultant involved very much with the selection of the artists early on, as well as also in chairing the discussions with the artists who went to Israel. Urs Stahel used to be director of Museum Winterthur in Zurich, he came on board as curator and he took the project to another level, beginning to form this kind of group identity for the project; it was he who came up with the title This Place. They were looking for a curator, specifically to curate the exhibition, to have some involvement with the institutions taking the show, help work on the catalogue, have a think about the education programme and those kind of things.

It was an unusual job for me to take on because it wasn’t really a project that I had formed. My pitch was, I want to do this in a very professional way and you need to insure that the artist aren’t going to be doing the heavy lifting on the subject because it is a difficult subject to deal with. What I wanted to do is craft an exhibition and a programme which is really about these 12 stories in a way this is a very classical approach, these are 12 navigations. 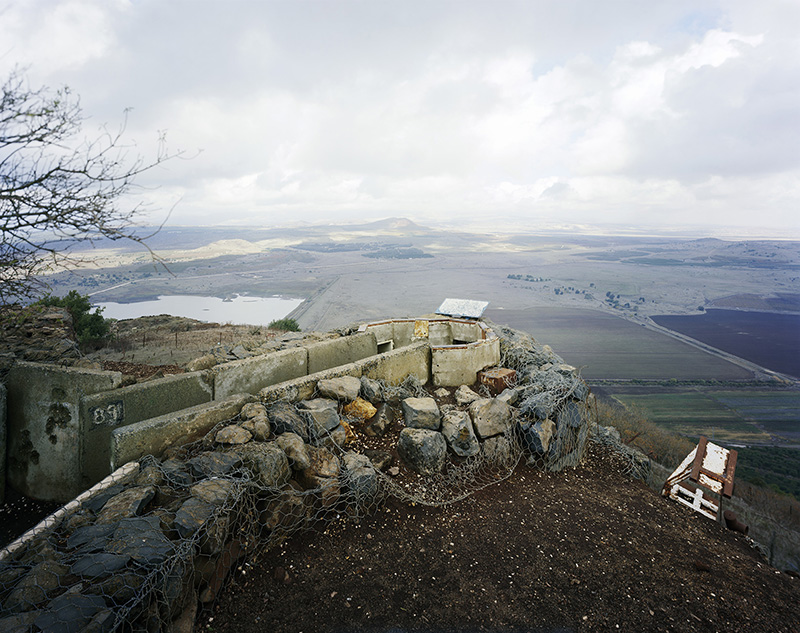 Where is the title from?

Apparently the title came from Urs [Stahel], he made an exploratory trip to Israel and the West Bank along with the artist and what people kept saying to him was, ‘What you’ve got to understand about this place is…’ and the sense that it is really what you bring to that understanding, of what this place is and what defines it.

When talking or writing about Israel and the West Bank, you must have thought to be careful with the wording, or even the ordering of the names can be seen as giving power to one nation or people over the other.

That’s why the logo is in 3 languages and the catalogue will be translated into 3 languages as well. It’s precisely that reason and that’s one thing online that can become a storm. Every word has had to be checked, we’ve had this amazing editor that went through the catalogue with me; Sheila Sheikh, whose actually Fazal’s cousin and she works with A. L. Wiseman at Goldsmiths in his forensic architecture department.

Were you ever apprehensive about joining the project based on the people that were taking part, was there any sort of fear of there being a bias in the voice that was represented in the project?

I didn’t get involved in the project until last year, however Frederic had contacted me along with a gazillion other people across the world, to recommend people for the project. Early on, before the photographers had begun to form a group and the project hadn’t the direction it has now, I had very deep reservations that it was a liberal Zionist mission. The list isn’t necessarily my taste and I don’t have a track record of working with super established artists; I tend to work with people younger or my age. The funding of the project is not anyway government or official Israeli money and there are 80 funders and you have to pat Frederic on the back because there are 80. What he did was to make sure the money was spread through, so that nobody would have any sort of control, no funder was looking through the pictures and I think the photographers got as close as I have ever seen to independence, which you would never have got if it was a government funded project, even if it was the American government. 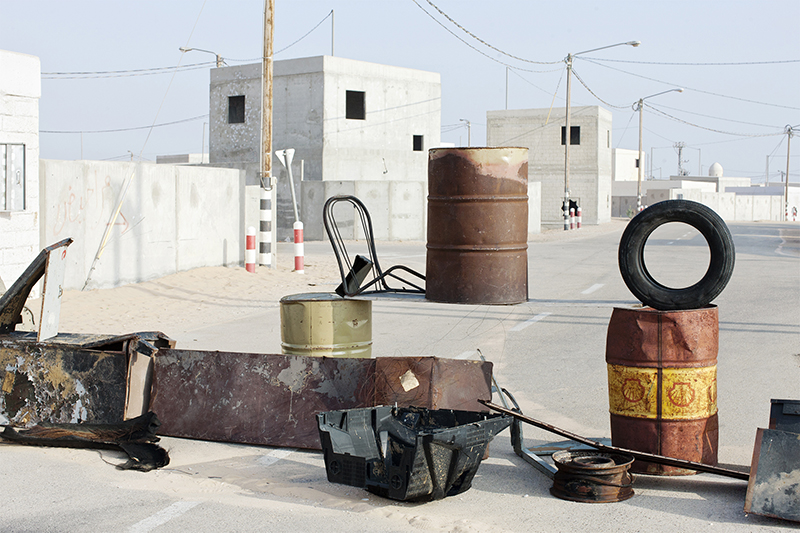 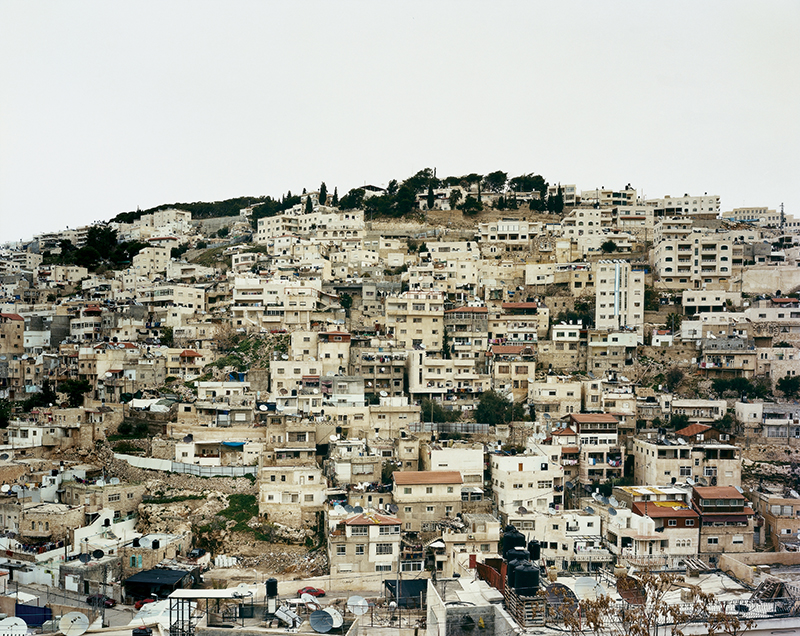 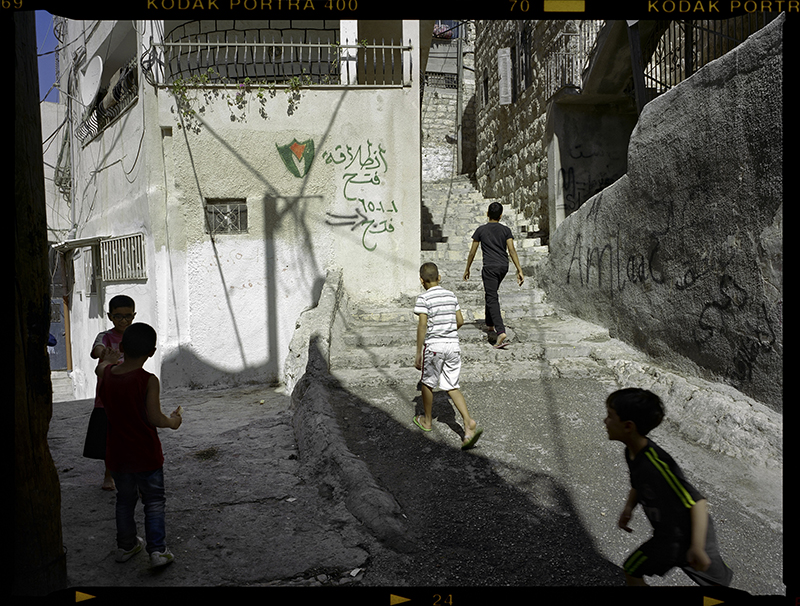 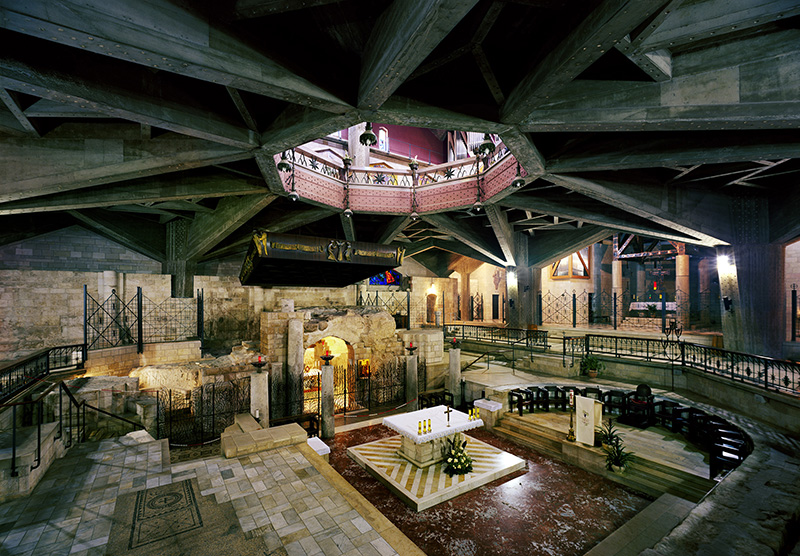 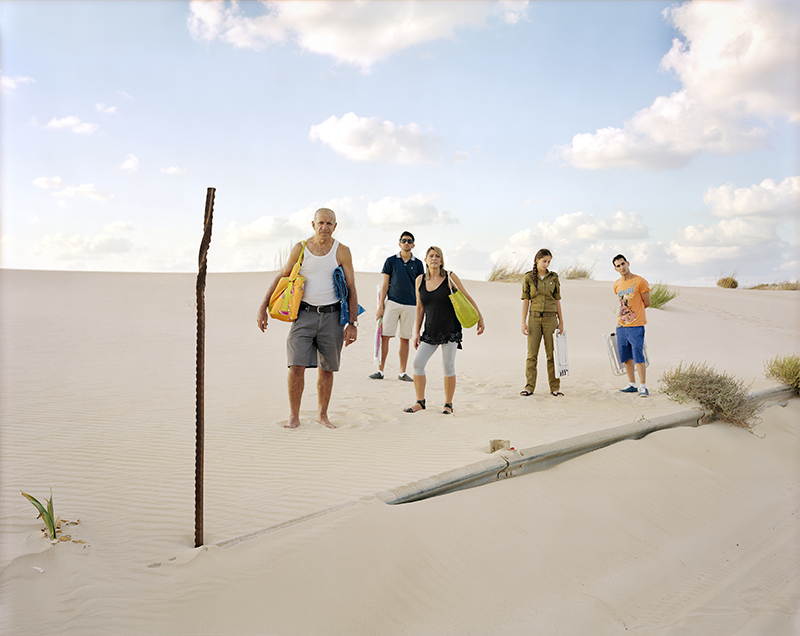 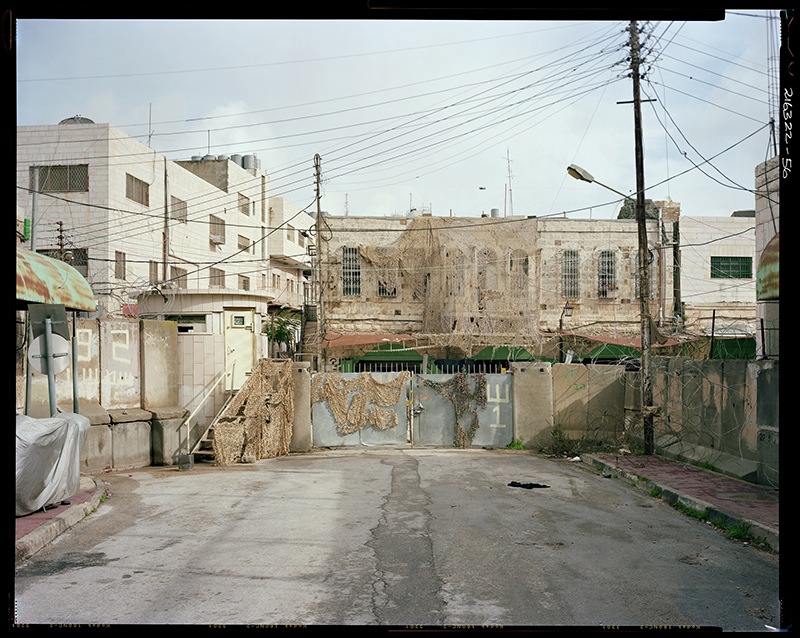 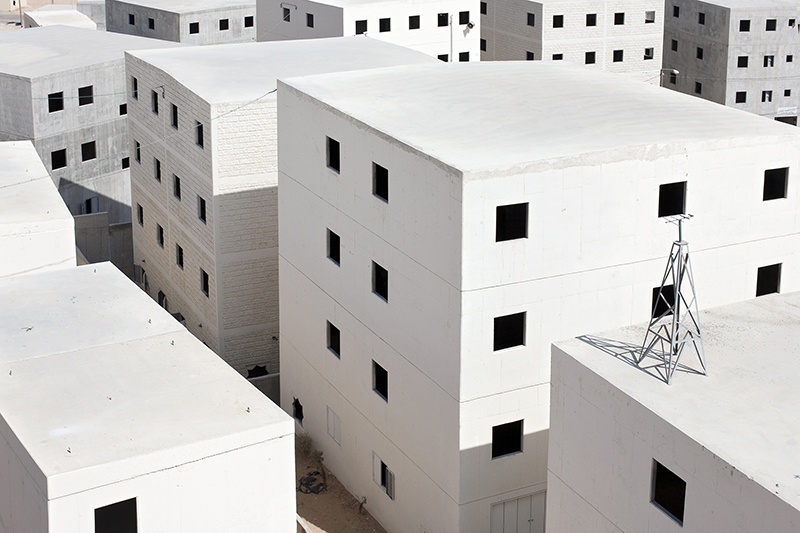