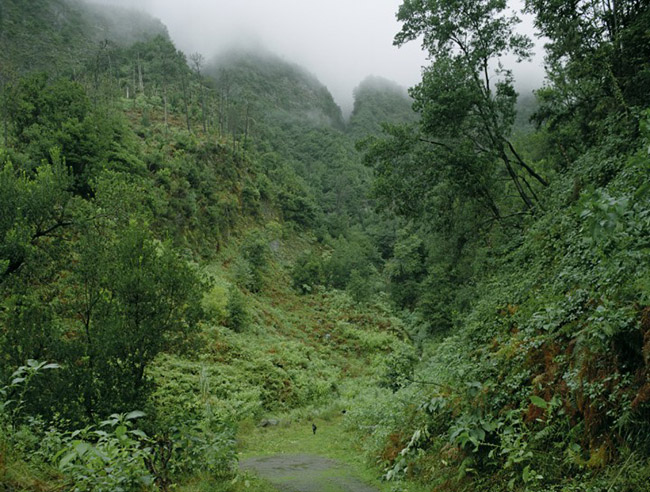 The forces that shape a society are, in themselves, largely intangible; they cannot readily be seen and neither are they fully understood, even by those who would presume to wield them. So how can a medium like photography, which is most often stubbornly literal, be used to visualise this evolving present without resorting to the familiar tactics of photojournalism? This question, among others, is what Tiago Casanova confronts in his series Madeira, describing the complex new social topography of the island, which reads like a case-study of the changes that have also redefined the landscape of mainland Europe. Here, it is especially visible as a study in contrasts between the native terrain and the anonymous – one might almost say, corporate – style of recent developments; the images are often framed in such a way as to emphasize this telling difference. This is not to suggest, of course, that a ‘state of nature’ is somehow preferable, or that the particular character of this new architecture spoils the otherwise pristine, indeed, often forbidding landscape. Rather, at stake is the issue of how deeper changes in social structures (such as the movement of capital and populations) are articulated as surface conditions that determine the way people live. The material expression of these changes as seen in various forms of habitation and infrastructure, which Casanova is obviously very attentive to, should not be understood as simply a matter of style, but of how a particular moment in history makes that social order possible.

The fact that Madeira is a sheltered island community at somewhat of a remove from European centres of power, did not protect it from those same conditions that precipitated near disaster elsewhere as the markets plunged and our financial systems seemed on the verge of unravelling. Understood as being both a symptom and an outcome, the shift to an unsustainable economy of speculation, as well as other, even more elusive forms of production is evidenced by Casanova’s remarkably precise images. It is hard not to see the blank concrete pillars of a motorway overpass towering over an older road as being a sort of bridge to nowhere, marking a decisive break with a now unreachable past – not because those forms of social organization were necessarily inferior, but rather because they were less profitable, less in thrall to the hollow promise of development for its own sake. The reserved, austere style of the work might appear to be at odds with what is ultimately a polemical statement about how the character of a certain place has been transformed, but it is precisely this quality that allows the work to function in the way it does, without reducing these complex issues to mere illustrations. Instead, he is able to locate them in the experience of the place itself and how it is seen, as a continuum of spatial and social orders. If the real forces of political change are not always readable in the landscape, then we must at least try, as Casanova does here, to discern their effects. 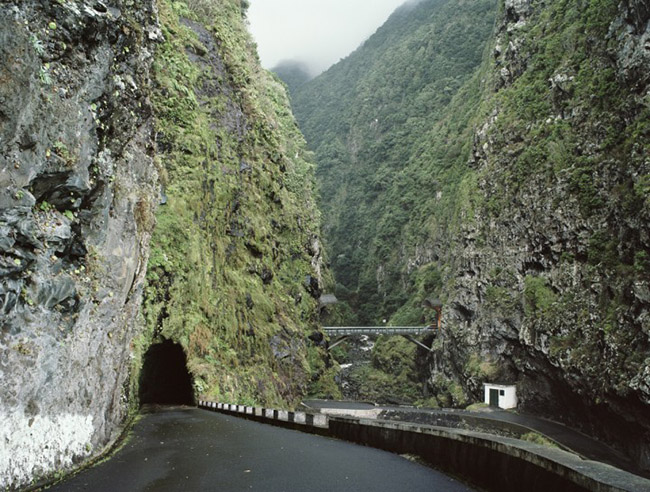 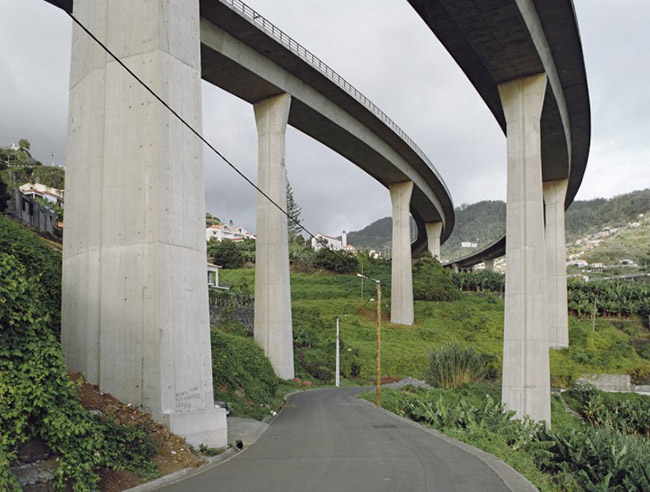 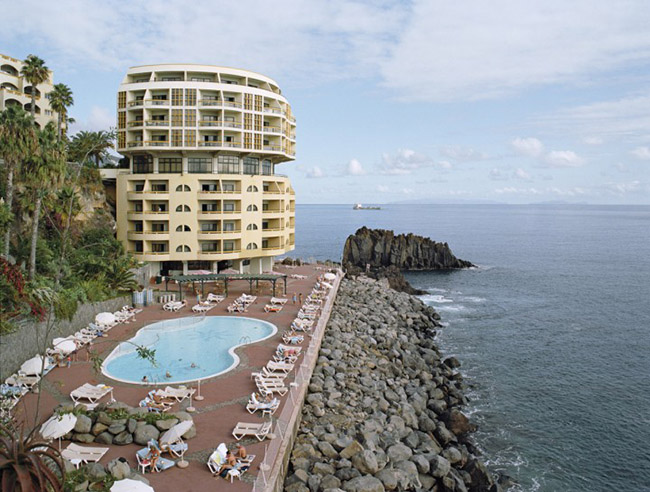 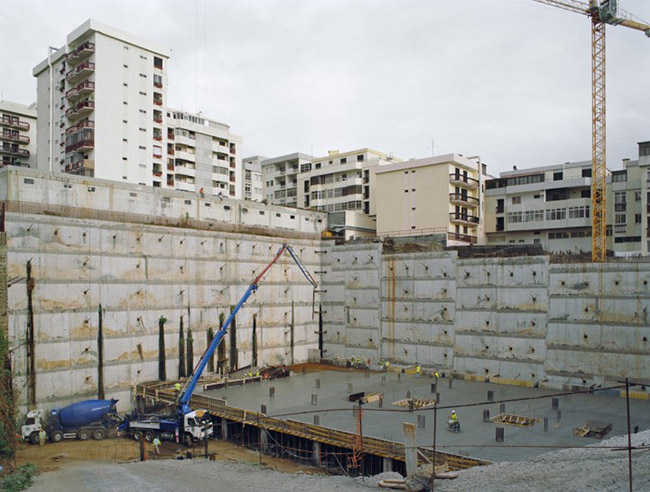 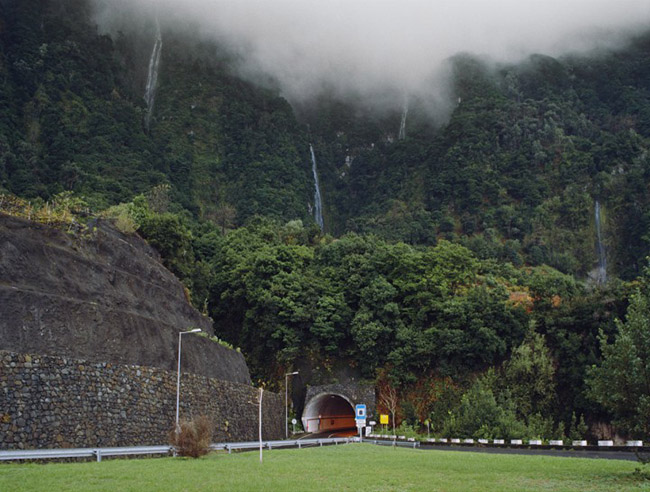 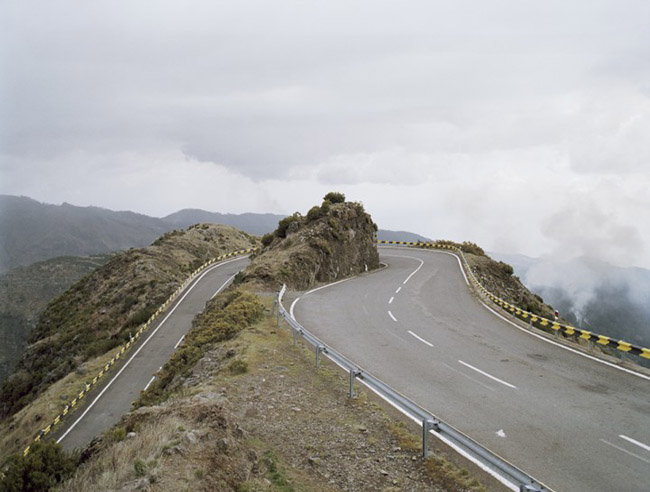 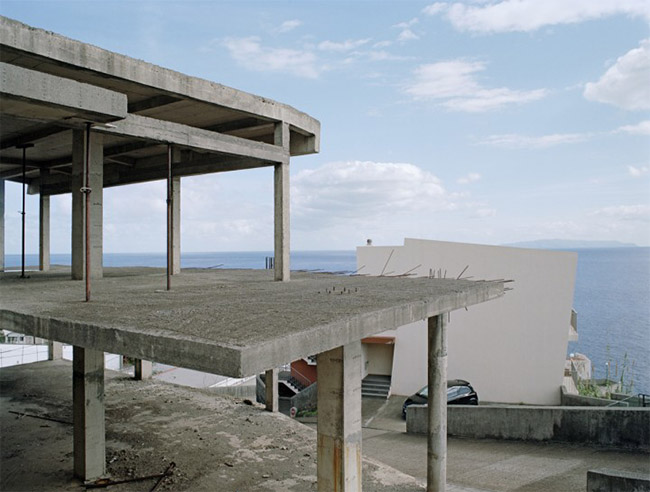 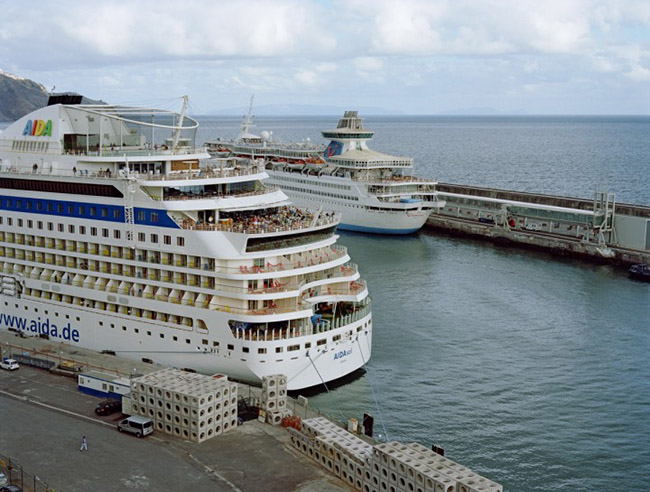