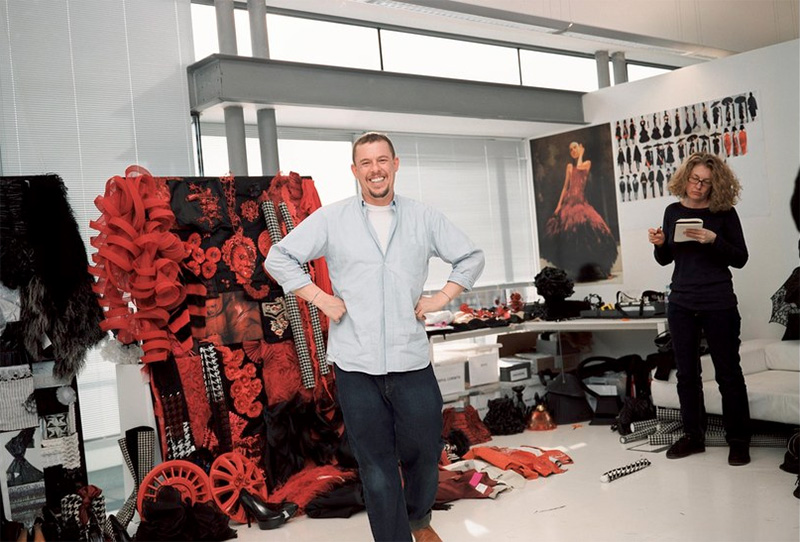 When Lee Alexander McQueen passed away on the morning of February 11, 2010, it was a significant moment in fashion history. With raw energy, McQueen’s profound influence of the arts, identity and politics shaped collections that pushed the boundaries of design. His 1992 Central Saint Martins MA collection was critically acclaimed and unsurprisingly brought in its entirety by the legendary fashion stylist, Isabella Blow. He had passion, knowledge and confidence in his own artistry, even when others did not.

After successfully working as chief designer at Givenchy and receiving financial backing for his eponymous line, McQueen finally came into his own. To mark the occasion, he turned his Autumn/Winter 2009 collection into a retrospective, inviting the documentary photographer Nick Waplington to capture candid images of him at work. Known for his depiction of working class Britain in his 1991 series The Living Room, Waplington spent six months with McQueen creating the book Working Progress (Damiani, 2013). Steering away from publishing another fashion-focused coffee table book, Waplington took pictures of landfills just off the M12 to comment on the 2008 fiscal crisis occurring at the time. Equally, such images make reference to the collection as McQueen recycled silhouettes and fabrics he had used in his earlier work, whilst bringing back the people he had worked with over the years, including models. Although 800 images were taken, most of which in large format, only 200 made it into the final book, sequinned by both photographer and designer.

Having noticed that the photographs of what came to be his final collection had yet to be exhibited, the Tate Britain partnered with Nick Waplington to present Nick Waplington/Alexander McQueen: Working Progress. The exhibition is an unusually imitate look into the McQueen design studio as they prepared to present the The Horn of Plenty collection in Paris. “He had told Susanna Frankel that it was a collection he saw as his last as a young man”, curator Simon Baker said when questioned about the significant of The Horn of Plenty.

Upon entering the space, expect to be greeted by a large bulldozer surrounded by rubbish. “Lee saw the image and thought it was him, so this is my portrait of him!” Waplington exclaimed at the opening. Flat packed beer cans and recycled newspapers sit next images of Sarah Burton overlooking her predecessor as he pinned or cut garments into place. Anna Wintour sifting through a rail of clothes, next to Agi Mdummla of Agi & Sam holding Burton’s stuffed bumbag, demonstrate the high expectations of both him and his team.

In all of the 100 images on display, the mood boards are the most telling of the inspiration behind The Horn of Plenty. Using clowns as a central theme, the satire and aggression is softened with the feminine silhouettes inspired by Cristóbal Balenciaga and Christian Dior. This negotiation between hard and soft, is also expressed on a board covered in photographs of swans that are later seen in a fabric print.

It comes to a reflective end in a dark room filled with backlit photographs of the atmosphere backstage before the runway show. Like McQueen, Waplington only had one chance to get it right, and the result is a unique collaboration that lends itself as a final portrait of Lee Alexander McQueen.

We sat down with assistant curator, Isabella Maidment, to talk about the significance of this body of work in relation to Alexander McQueen’s legacy. 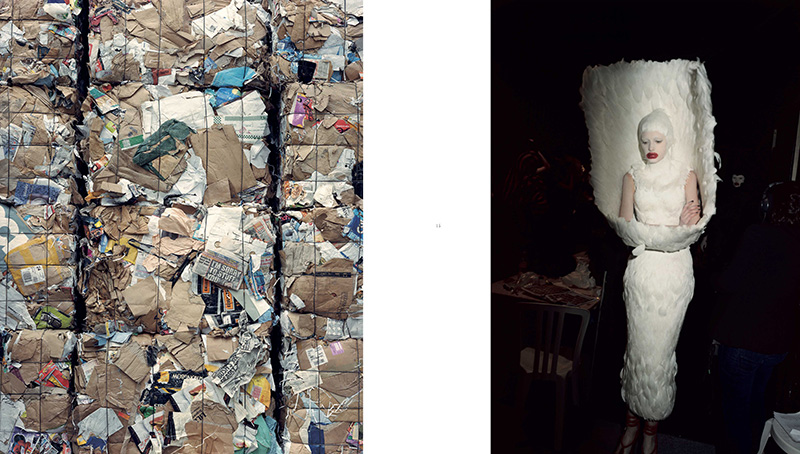 Could you talk us through the collaborative dynamic between Nick Waplington and Lee Alexander McQueen.

Lee McQueen contacted Nick and asked him if he would make a photobook about his working process. McQueen would be the subject but Nick would have free reign to make a book. Nick was invited into the studio to document every part of that process from the first fittings to the eventual show in Paris six months later. It was very much a collaboration but it was Nick’s own work and from the outset he was very keen that it shouldn’t be a conventional fashion photobook. It was very important that it had a different dynamic, so together they made a decision to include the images that you see juxtaposed throughout the exhibition of recycling parks and landfill sites. They feature as a means to disrupt the logic of the series of garments that you see being made but also as a comment on the socio-political circumstances of the time. The duel reference in that respect is a recycling element which is something that appears in the collection itself: the recycling of references, motifs and previous cuts that McQueen had used.

What would you say you’ve deduced about Lee Alexander McQueen from working on the exhibition?

It was fascinating to have this insight into McQueen’s work. What is really incredible about this body of work is that it is a real working portrait and that’s something that you very rarely get, either in fashion or in art. It was very revealing, in seeing the way that this incredibly important collection within the history of fashion came together; and interesting too in relation to Nick’s work, to see the sincerity in which he works and his approach to a very varied subject matter.

I think it was clear that it was a very important collection for him as it was something he conceived as a retrospective. What really comes across is how important the whole studio was to McQueen. Obviously, it was a high pressure thing to achieve but it’s great to see some of the people involved and how important they were and I think it’s something that comes across in the photographs.

Finally, what process or discussion was involved in hosting the exhibition at Tate Britain?

As it already exists as a photobook, we considered how best these works could be exhibited since it hasn’t been displayed before. Plus, Nick Waplington is somebody that Tate has been following closely for a number of years and it seemed a good opportunity with the timing of the V&A retrospective Savage Beauty to show this very specific body of work. It seemed like a great opportunity to present this as a counter-point to that retrospective. 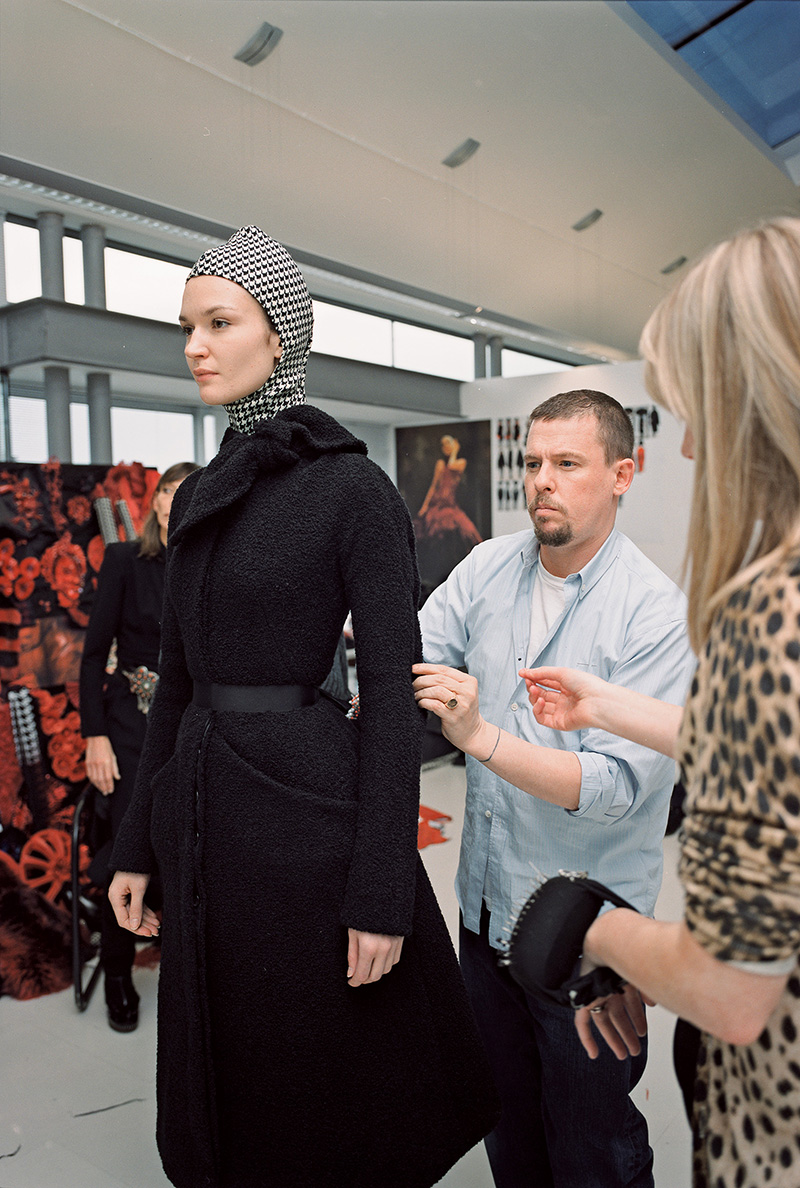 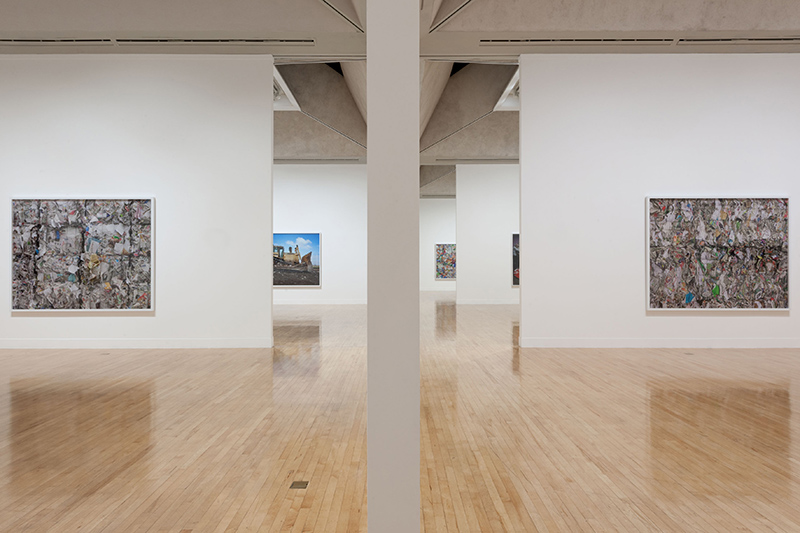 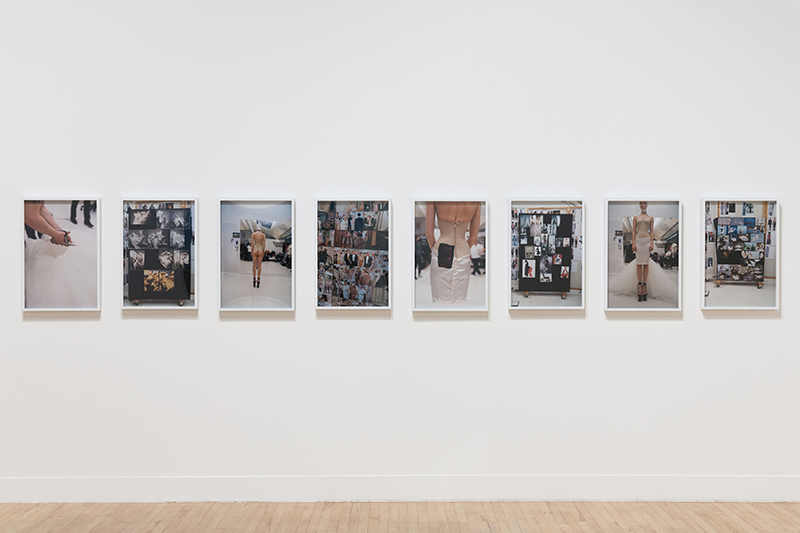 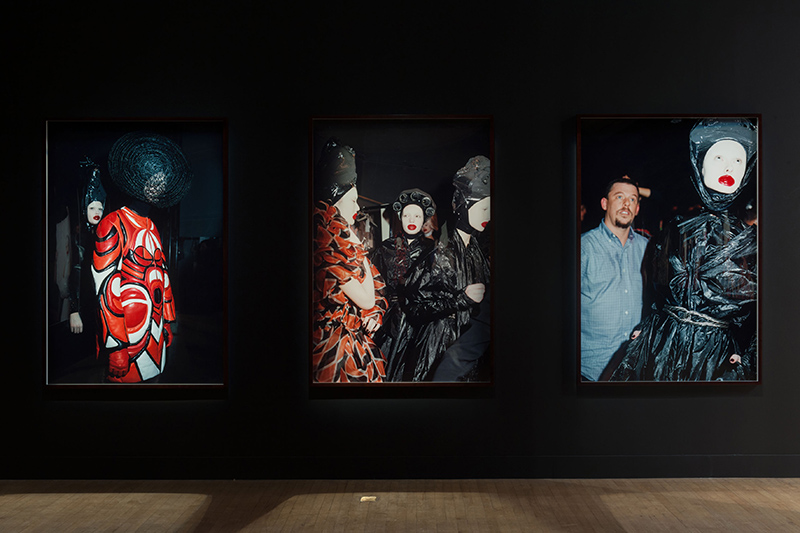 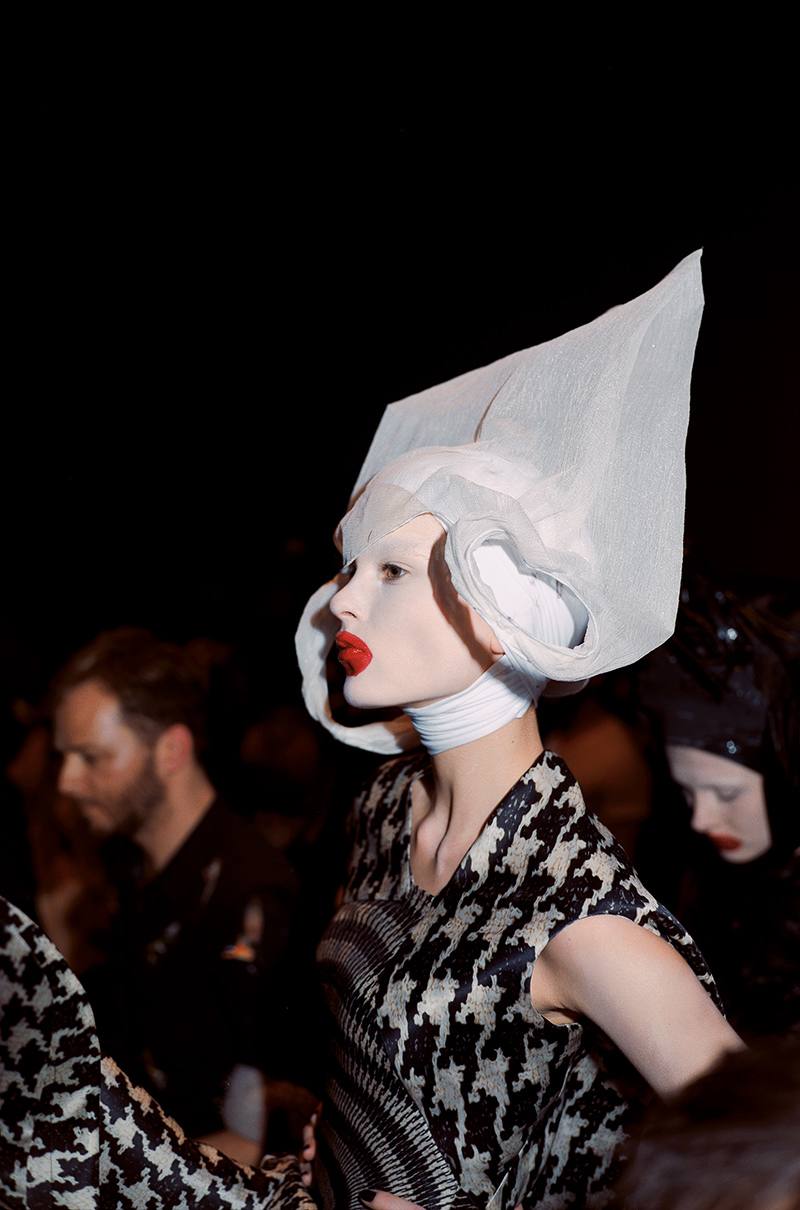 Nick Waplington/Alexander McQueen: Working Process is on display at Tate Britain until May 17th, 2015.