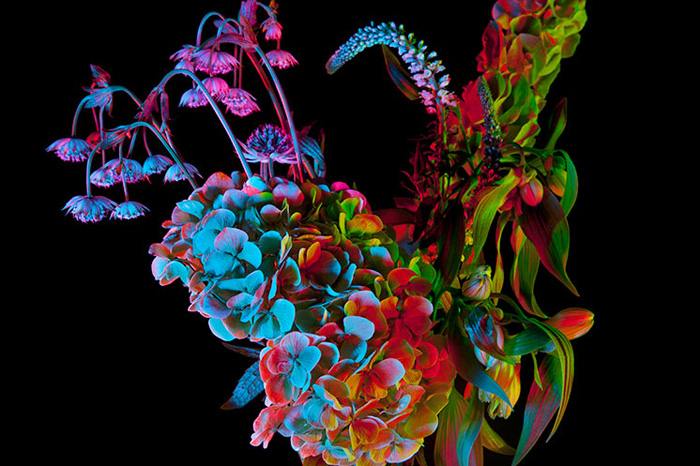 The sentence Tohu va Bohu is part of the book of Genesis and refers to the condition of the earth before God said, ‘Let there be light’. Before this, there existed only darkness, chaos and desolation. Or at least, that is what we believe to have been.

Rebecca Scheinbergs’ images are the evidences of what she found in that moment when light arrived and we started to see things for the very first time. What she sees are objects, bodies and landscapes that are somewhat noir and mysterious; as if something happened in the total absence of light. We are not allowed to know the actual ‘thing’, but only the result of a process of which we did not witness. We are simultaneously drawn to the perfect and balanced aesthetic composition of these scenes and led to experience an unfamiliar discomfort because of a violence hidden beneath the surface. Again we find ourselves between two opposites, and for the first time can draw a line within the world we live.

The universe Rebecca is analysing is a consumerist society we are all part of, and the beauty of her work lies in the absence of judgment.

The strength of Tohu va Bohu is that it speaks as much about mystery as it does about the act of seeing. By beginning her project examining light and darkness, Rebecca guides us through it exposing us to the hidden mystery beneath the surface of each photograph. We are asked to believe in what we see, trusting the image and what it represents; and many times the meaning changes depending on who is looking at it. It blasts, becoming fragmented like a galactic explosion. 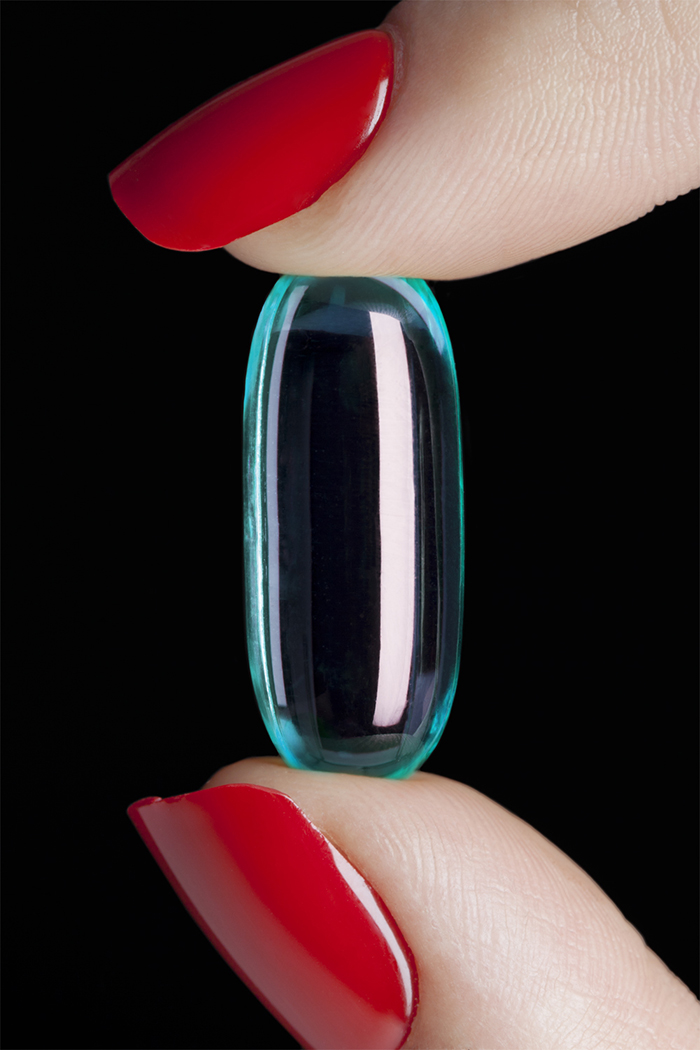 I’ve always been curious around the many motivations driving one to leave their native country. You were born in Australia and then you moved to London where you graduated from LCC. What inspired you to leave and what are some of the major differences you have encountered?

I actually first moved away when I was 16 to study dance in London. This wasn’t motivated by a desire to travel, but rather, as a necessity to further my training. The nature of the dance profession is much more nomadic than others, and it is a necessary part of it that you travel to the work, rather than it coming to you. So after I trained I went to Israel where I worked with a dance company. After living a more travelling lifestyle- the ease and possibility of moving countries became much more tangible, and for good or for bad, has stuck with me. When I became interested in photography I decided to study in KABK in Holland, before finally settling back in London to complete my degree at LCC. I feel very fortunate to have had the opportunity to live in so many wonderful places, with each place definitely shaping my identity and understanding of the world. I feel a part of every country I have lived, and none of them at the same time, which is both liberating and not very grounding. Every country I have lived in has it’s own eccentricities, that as an outsider is really interesting to observe.

When did you start to think of Tohu va Bohu as a cohesive project? What are some of the specific instances that led you there?  What were some of your greatest inspirations for this work?

I was originally interested in exploring the notion that understanding the complexity, and the profoundness of the human condition is not suppressed by technology and commodity tendencies. Rather on the contrary, it is precisely there where it is found, within the industrial machine itself. This was motivated by the absurdity of consumer culture and the role the Image plays within this, both digitally and within consumer spaces. I felt that fragmentation of narrative and gesture are key within this, so from the outset I felt the work had to contain this and set out to find different ways of doing so. I spent a lot of time in Westfield shopping centre, looking at the architecture and the different materials used to design and in turn seduce the public as they navigate through the space. I found it quite eerie and strangely disturbing, but really enticing at the same time; with all the bright light, glass and metal, all melted together into huge geometric expanses.

The title of your series (Tohu va Bohu ) is part of the Book of Genesis, and is usually translated as ‘chaos and desolation’. It refers to the condition of the earth before God said, ‘Let there be light’. The composition of each image is so perfect and thoughtful that it becomes almost Looking at the images; I feel attracted to a feeling that something dark is hidden beneath the surface. Would you speak a little about this reaction that a viewer may have? What role does the clash between order and chaos play in your overall work, and specifically within this series?

I am so glad you mentioned that, as it is very much at the heart of the work. I am really interested in this duality; of something being completely still, the surface being immaculate, yet also violent, unhinged and murky at the same time. It is particularly important in this work, but it is definitely something I keep coming back to, this push/ pull effect, of seducing the viewer in, only to offer nothing but an empty void in return. I also feel that order and chaos are not on two different ends of a parallel line, but rather more of a circle, that can come back around on itself; order into chaos into order etc. So I tried not to have the two somewhat opposing notions clash with one another, but rather sit on top of one another, knotting in and out.

Your photographs are mysterious. Reminiscent of images in a crime scene, they remind me of pictures taken just after something strange has happened. We see what is left behind but do not experience the action itself. Are you interested in this idea of mystery? Is it true that in some ways you are choosing not to ‘show us everything’?

Yes, this feeling of continually missing the event is really key, I wanted to create a perpetual dissatisfaction; empty promises of fulfilment. This was actually something I had to be very conscious of during the creation process, as if I went too far (or equally not enough) the bubble of illusion was popped, and the tension was lost. I spent a lot of time looking at Weegee’s work and experimented with the idea of absence in an image.

An expensive lipstick, an unidentified pill, a crashed car. Most of the objects recall a fascination with the ideas of consumerism and commodity. Is there specific criticism around lives and living based on commodities?

This interest of commodity is very much a fascination rather than a criticism. I am weary of critiquing something I am willingly a part of. Consumerism is as much pleasurable as it is problematic and to place yourself outside of it is a denial of the complex commercial machine that we all benefit from. Our frame of reference is mediated by that of commodity culture and the digital screen, and I am interested in what is born out of this; how the human condition is understood and navigated through this, rather than against it. 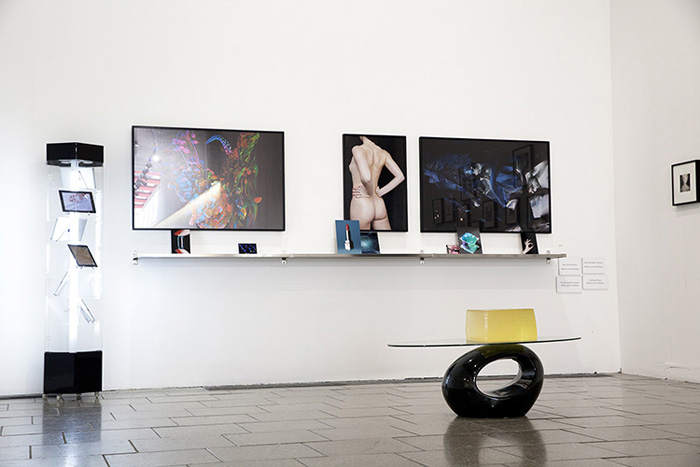 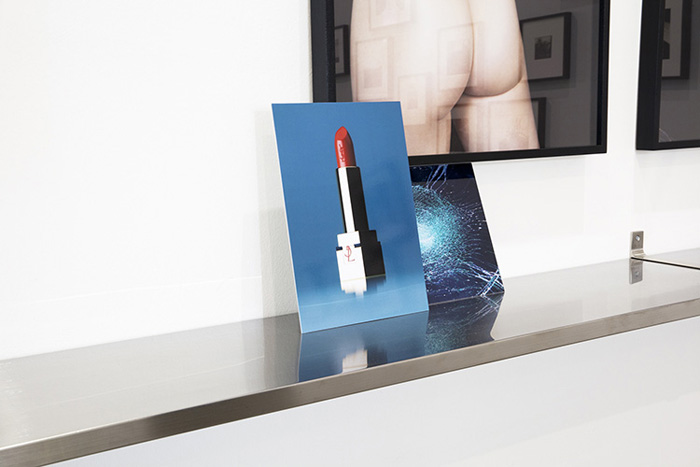 I’m very interested in the way you decided to install Tohu va Bohu. Why did you decide to print the images in different sizes and to frame only some of them?

I wanted there to be a feeling of visual and informational flotsam; of images colliding with one another, disrupting the independence of each image as a whole entity. This was a reaction to the way the Image is treated in consumer institutions where there is a fragmentation and distortion of content, with perspective confused and images crashing into and obscuring one another. This disruption is also present across social digital platforms where images are being placed next to one another with pop up windows, side banners, and unassociated image content put side by side. The internal and external, reality and consumer desire are confused, forming an inability to distinguish one from the other.

The naked body of a woman in one of the photograph that appears to almost be a 3D rendering, and something similar happens with the coloured flowers.  The aesthetic is highly digital and I was wondering what is your idea of digital photography and how important is it in your way of working?

There is this transience and hyper real quality that is particular to digital photography, which really fascinates me. Pixels are not static and the digital image carries its own language and identity that is encountered on a daily basis, but there is little discussion on the consequences of this. The space inside the digital photographic frame permits all manners of realities, which are completely artificial and tangible locations at the same time. During an interview with Michelle Kuo in Wolfgang Tillmans’ book FESPA Digital/Fruit Logistica, Tillmans’ discusses the technological advancements of the inkjet, the experience of pure inkjet colour to be completely ‘smooth’ and containing a deep richness, qualities that were previously unattainable through other printing methods. This smoothness is something that always stayed with me, and so during the process of this work, it became clear that the work had to be printed on inkjet.

Have you ever shot fashion assignments? In what ways have the traditional photographic fashion tradition inspired your practice, aesthetic and process?

I am actually in the process of developing some more fashion oriented work. I think that element of unattainable desire that acts as a red thread through so much fashion photography is something that has definitely influenced me. I am also interested in the way skin is often treated in fashion and advertising work, it is always so smooth and velvety, blending with the folds and textures of the materials being worn. I think fashion imagery can be such a powerful and exciting arena; concepts can be exaggerated and fetishised in a way that cannot be facilitated in other mediums.

What is the last book you have read? What connections do you find exist between your method and that of a writer? I’m asking this because I find your work to be extremely narrative and am curious if literature has ever been an inspiration.

Before every major project I take on, there is usually a singular book that completely blows my mind, influencing a body of work. The last one was White Noise by Don Dellilo. It wasn’t so much the narrative of the book (although that was equally satisfying) but more the fragmented rhythm of his writing and the banality of the subject matter. Narrative, or a disruption of it, is something that really excites me, and photography naturally lends itself to this.

You just graduated. Congratulations! How do you see your life after graduate school? Any new projects on the horizon?

Thank you! I am really glad to be finished but it is also a little daunting. I have been working on a few exciting commissions which should be coming out soon, and want to continue expanding Tohu va Bohu into more sculptural arenas. The work will also be exhibited at Pingyao Photo Festival in China which is great! I really enjoy the process of collaborating so am always interested to meet and discuss ideas with like minded people in different fields. There are so many projects I want to explore so am looking forward to the upcoming year! 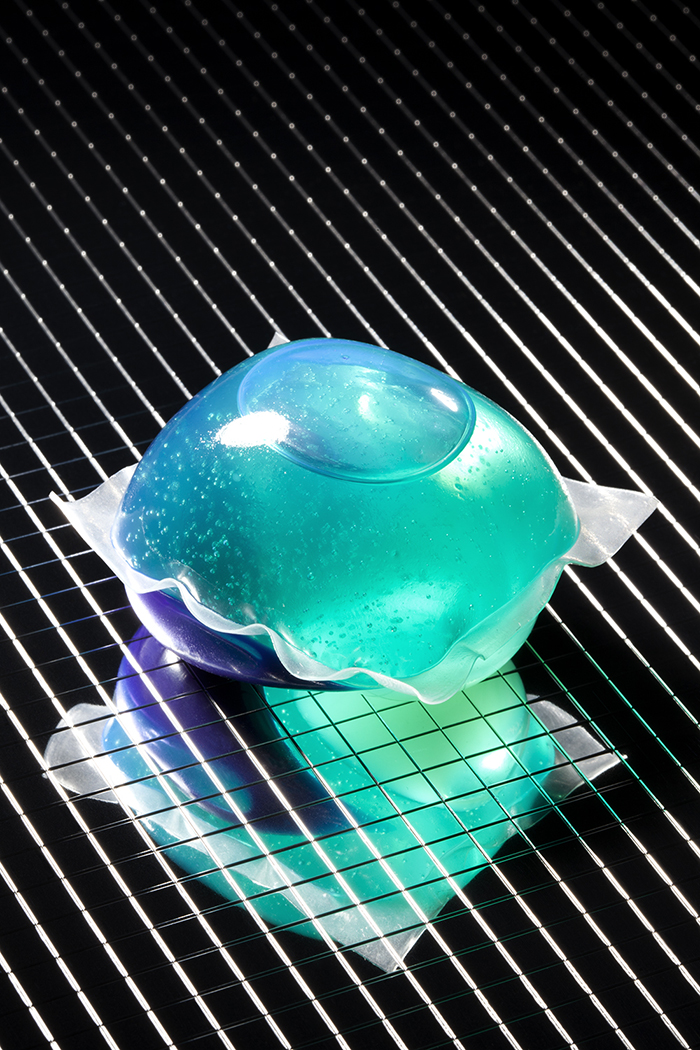 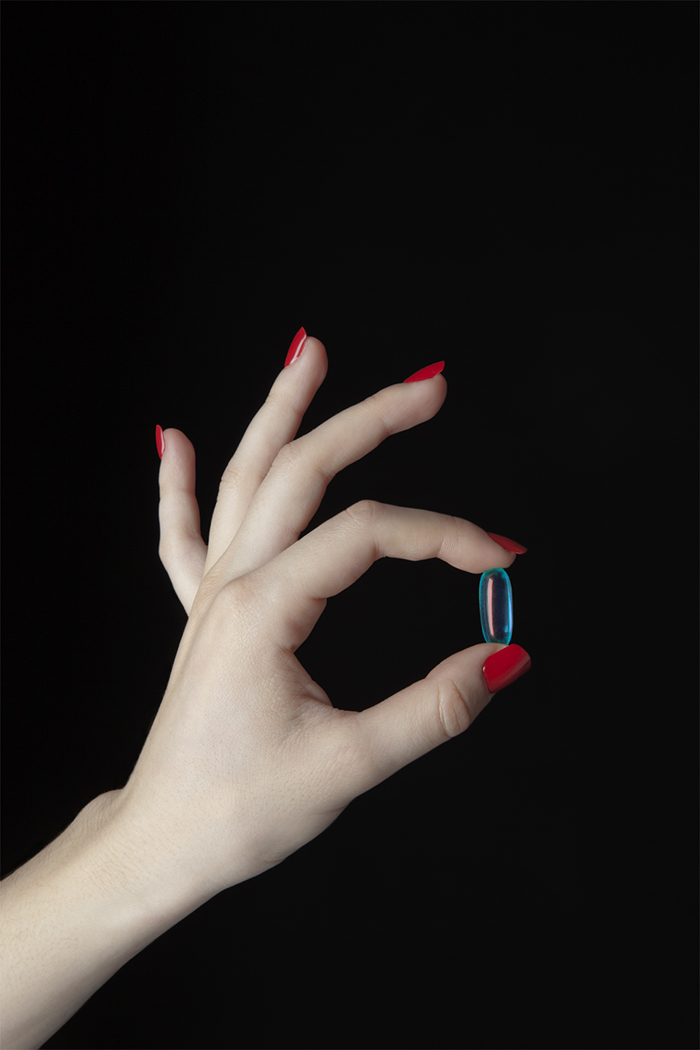 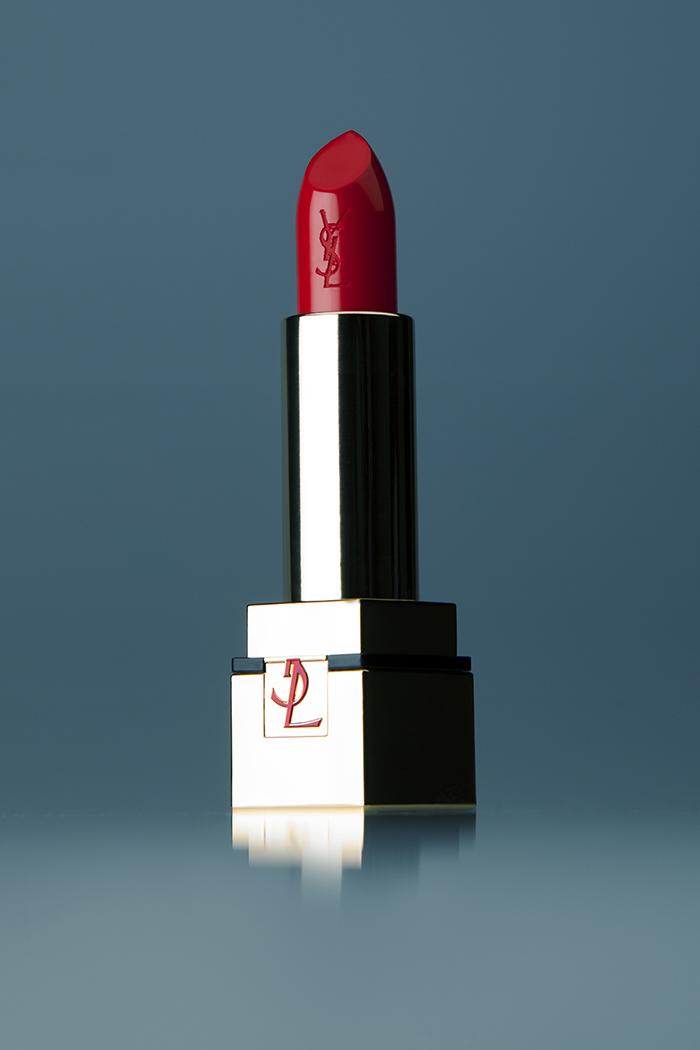 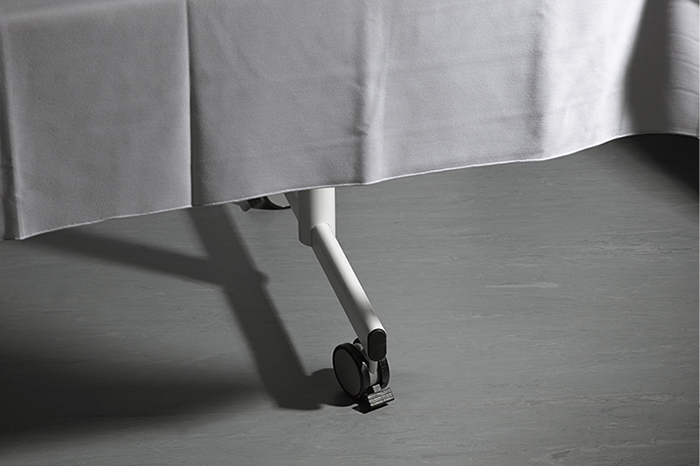 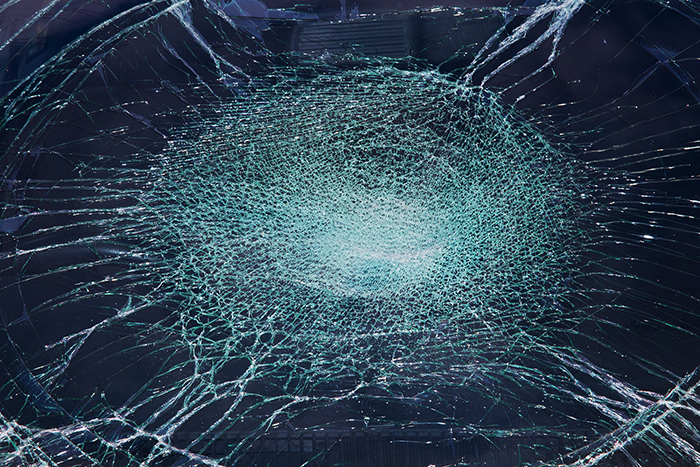 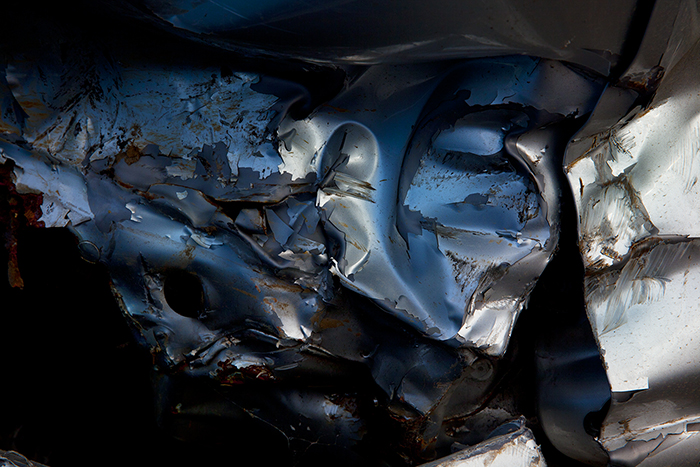 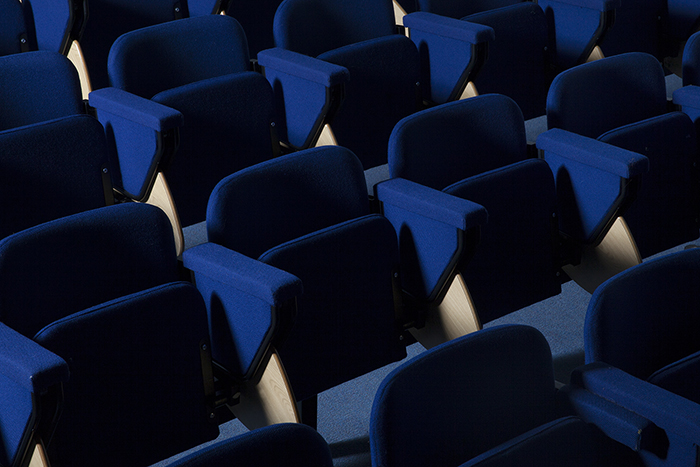