Working with locally sourced materials, each handmade design from East London based Jeweller Duffy boasts a level or craftsmanship reminiscent of a time gone by. With a first class degree in Silver and Goldsmithing, Duffy has rightfully earned himself a loyal fan base including Erin O’Connor, Daisy Lowe and Dinos Chapman, as well as working for clients such as PPQ, Katie Eary, Carhartt and Nike.

We recently caught up with Duffy in his studio (or ‘youth club’ as he calls it); one that is filled with animal skulls, framed, pinned insects and other prized, personal possessions, all which sit alongside the machinery and tools that are a reminder of his hand made craft. 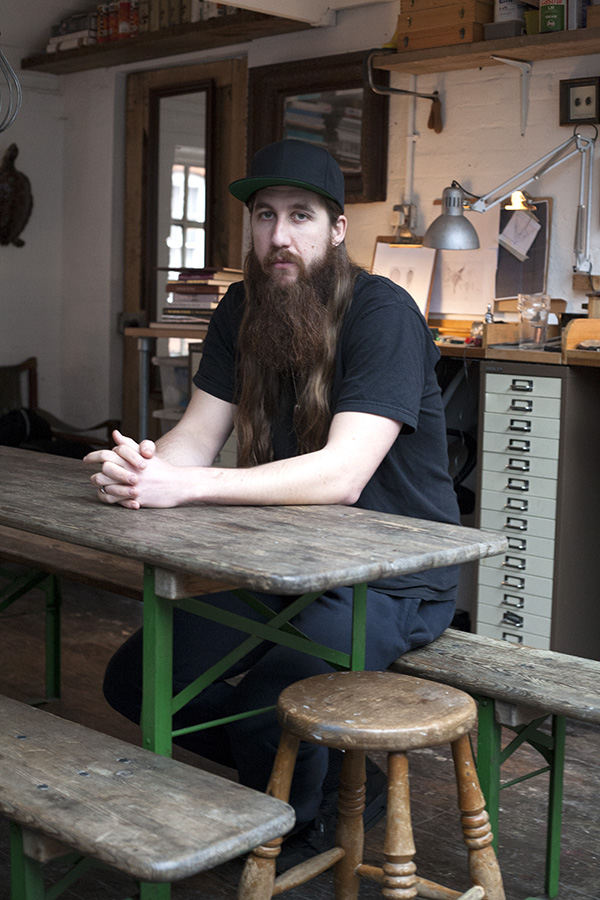 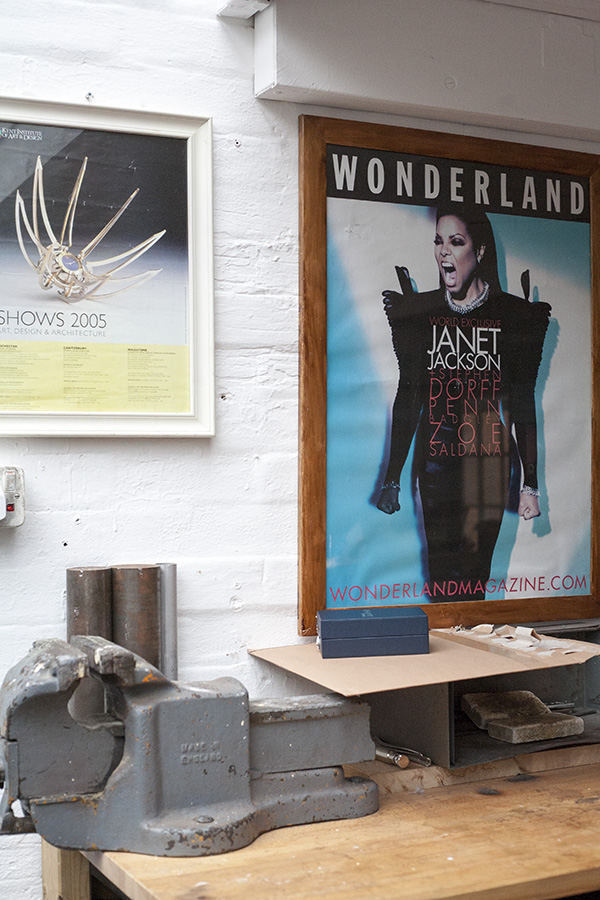 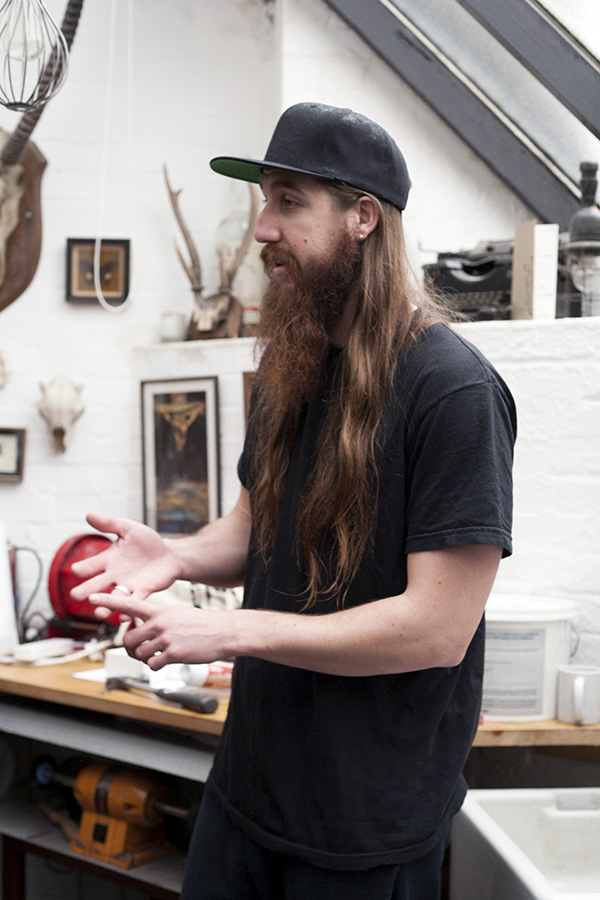 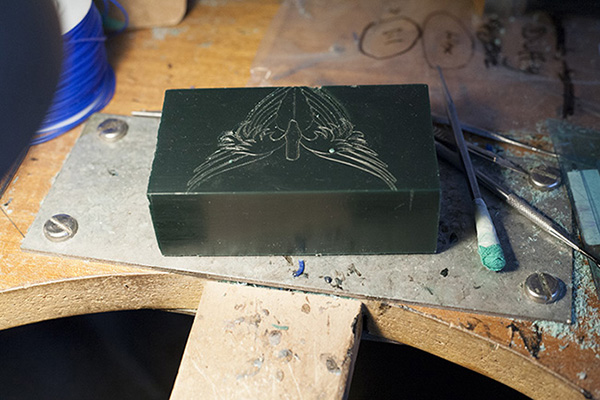 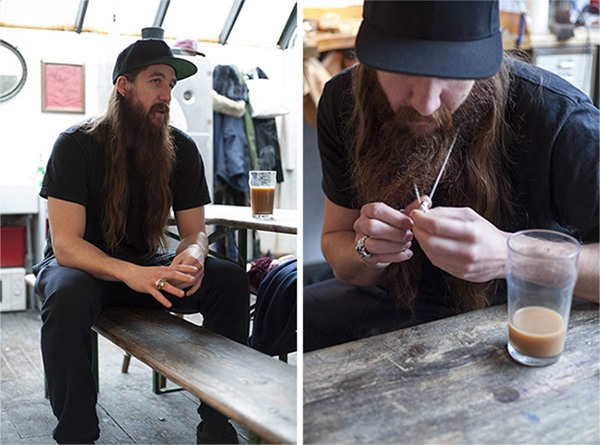 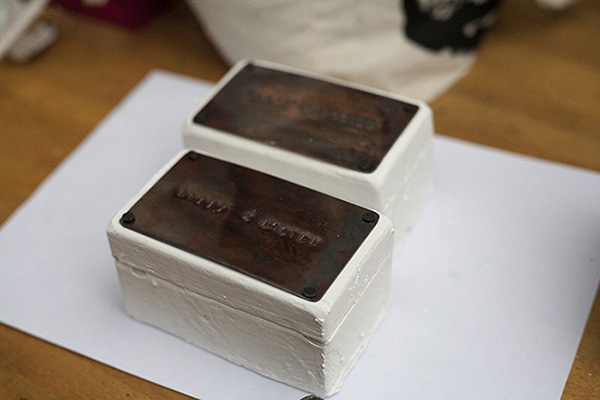 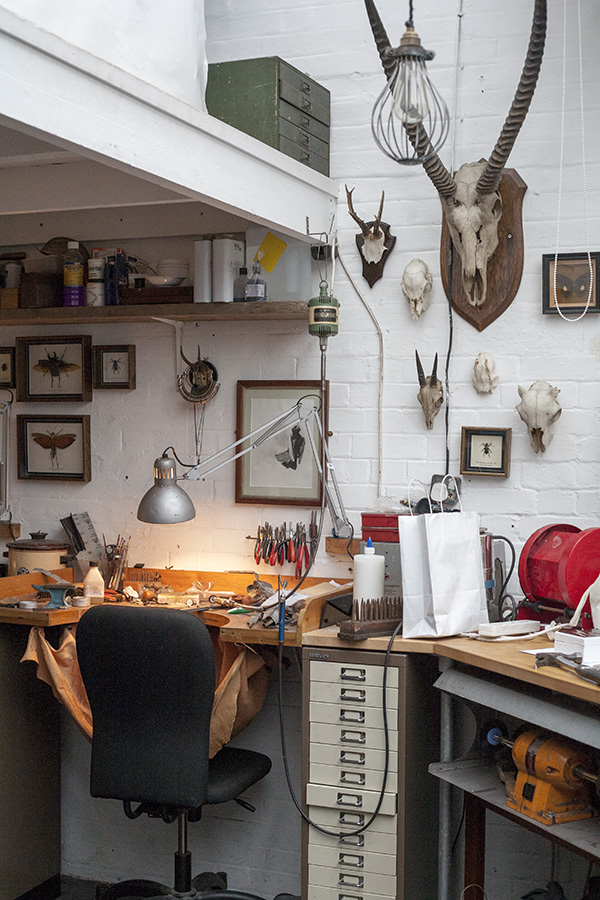 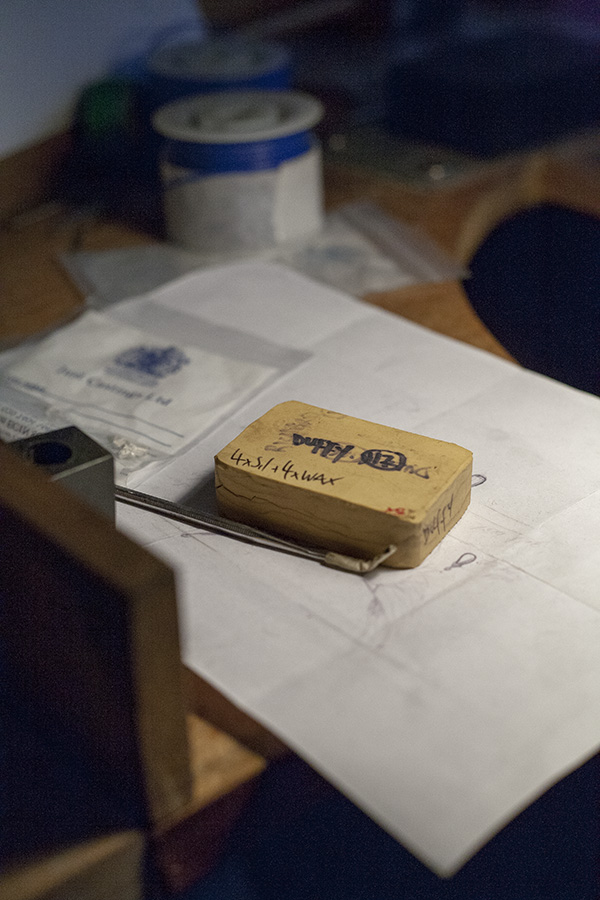 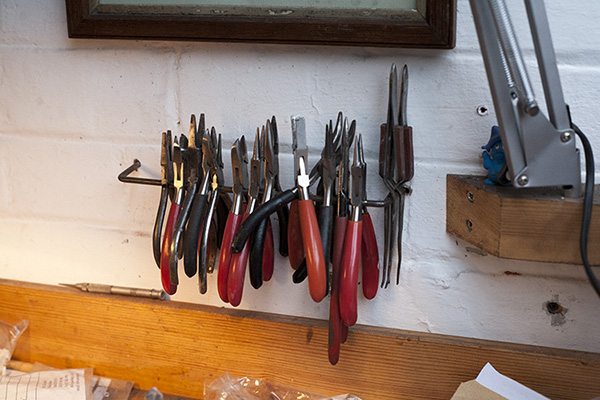 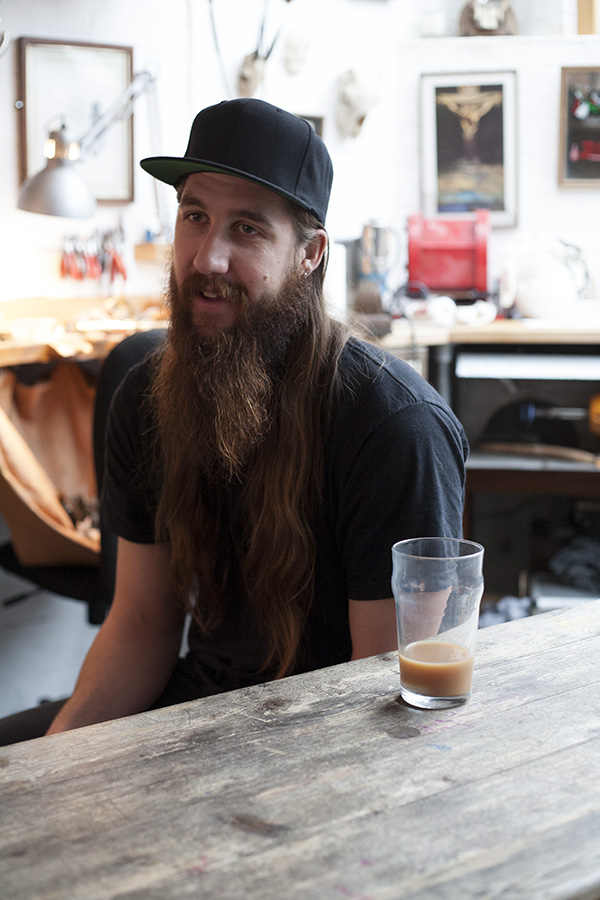 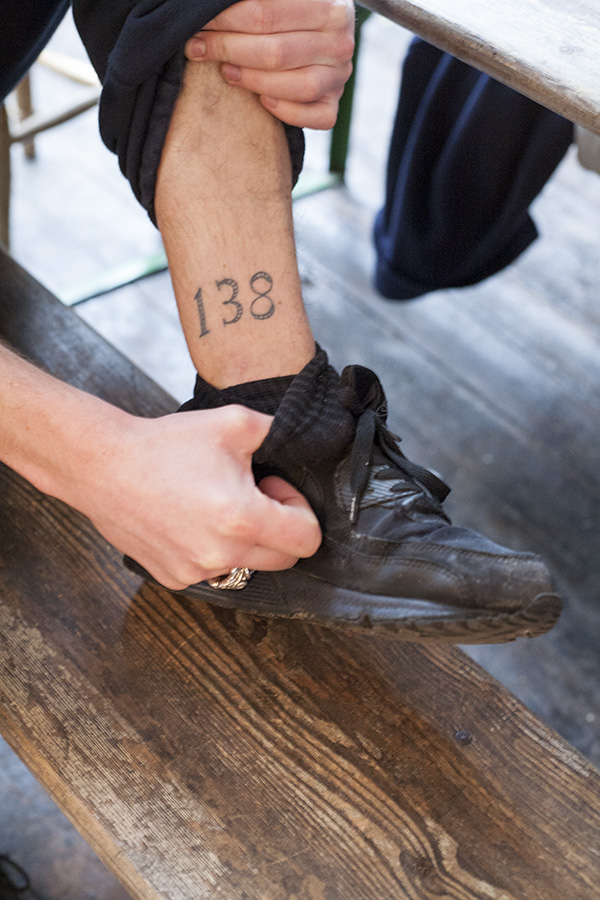 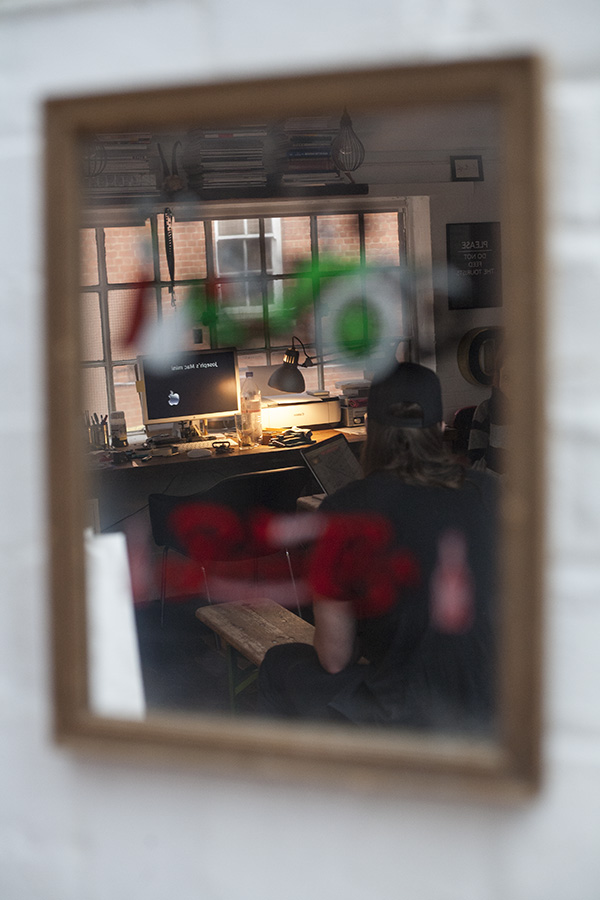 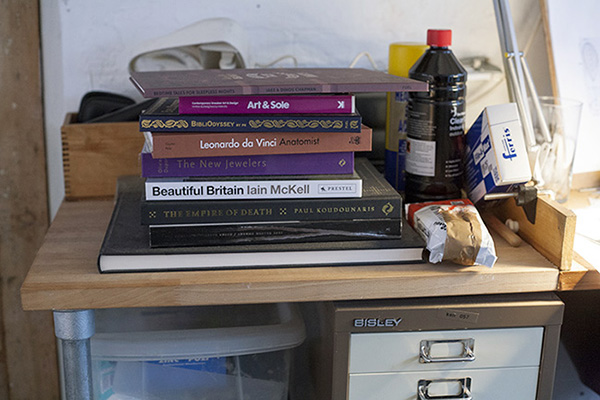 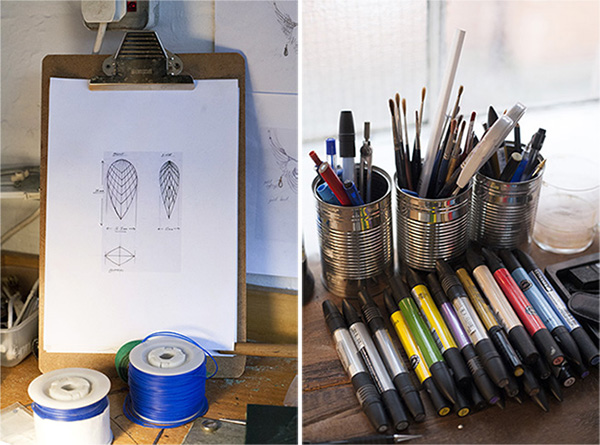 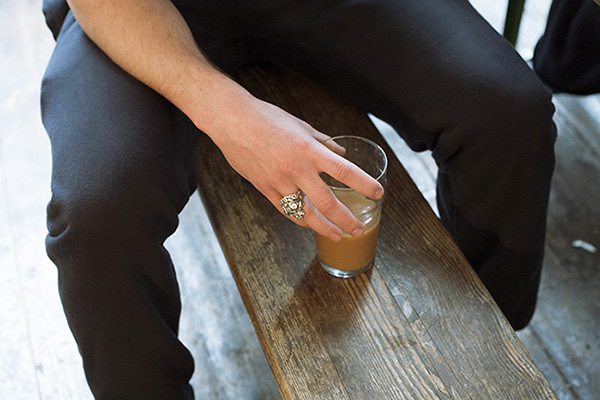 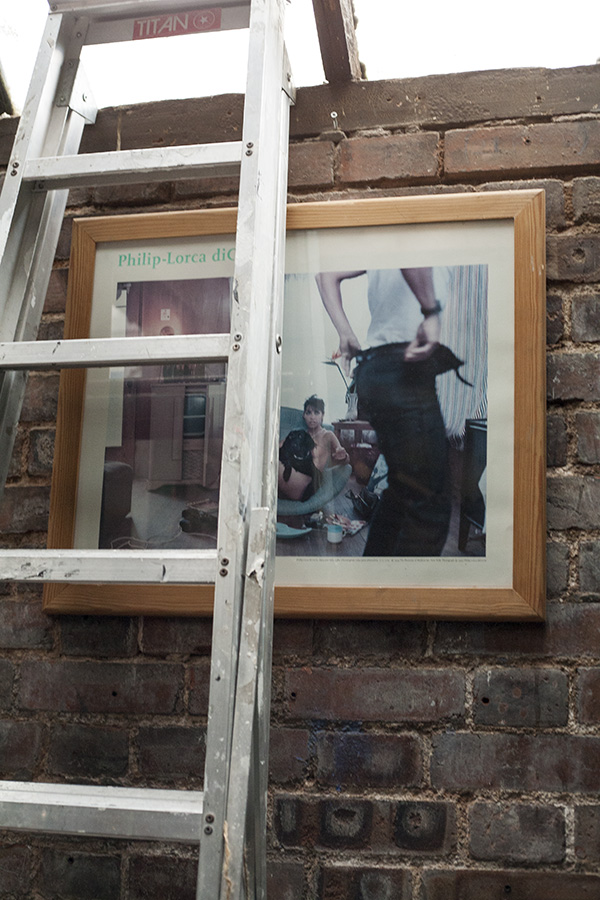 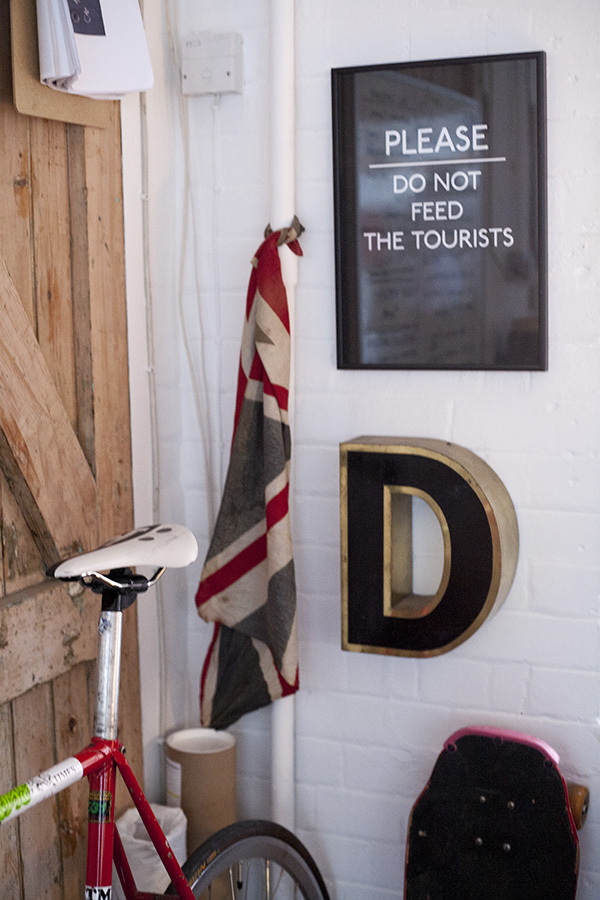 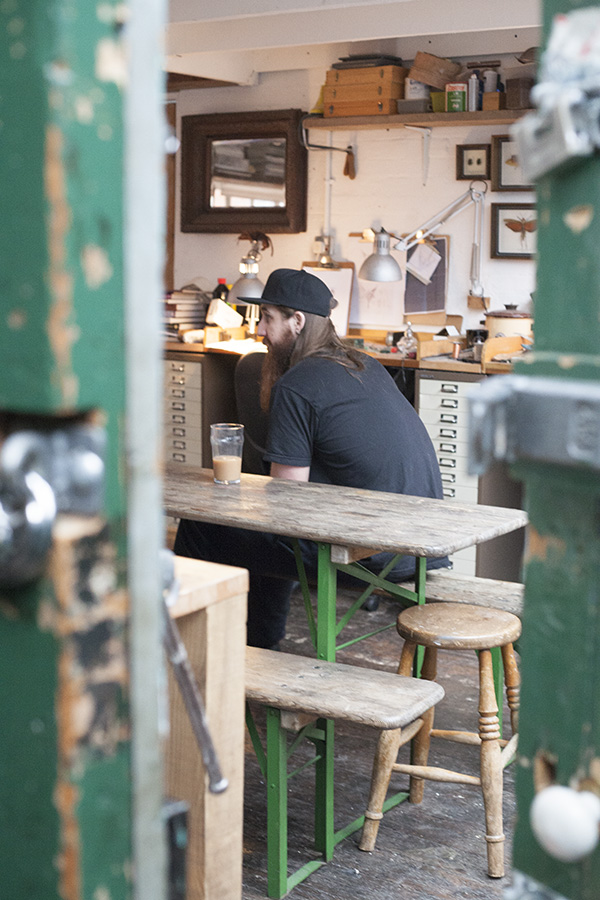 I’m based in Sunbury Workshops, just off Shoreditch High Street in East London. It’s part of the first ever housing estate built in England and I’ve been here for just over a year. I used to be a few streets away on Redchurch Street but with the area developing so quickly, my rent was tripled and moving was necessary.

Do you share the space with anyone else or do you work on your own? What are the pros and cons to this?

It’s just me for the most part, which I like. It’s my haven more than just a place of work; friends hang out of an evening and people pass by all the time. I call it the Youth Club as when I’m not working, I’ll still hang out there and tattoo friends or just have some drinks.

Tell us a little about your average daily schedule

I swim most mornings then head to the studio for around 10am. Then the procastination starts – tea, emails, tidying. Some of those things are necessary but I only feel like I’m working when I’m either designing or making, I’m not a fan of computers.

After the morning rituals, I settle into whatever is lined up for the day which could be a number of things; I could be designing for either a client or my own collections, carving, fabricating jewellery or heading into town for materials and stones.

I tend to work late, especially when designing and carving. I’m probably at my most productive between 6pm and midnight.

Where did your initial interest in becoming a Jeweller come from?

My grandmother was always immaculately made up, I think I only ever saw her without make up and jewellery once. My mum has always worn loads of jewellery and when I was a kid I used to go to a local antique shop and buy her birthday present from the cheap cabinet. When I was 14 my dad suggested being a Jeweller, which I responded with “only girls make jewellery”; the seed was planted and how wrong was I.

How would you describe your work?

Large and sculptural with dark undertones.

What’s been your favourite commission so far?

It wasn’t so much a commission but the piece I just made for the Gemfields global launch is definitely a favourite for many reasons.

Aside from being a Jeweller, how else do you spend your time?

My free time is usually spent tattooing, skateboarding and generally hanging with friends.

Interview and Photographs by Patricia Karallis / Published 17 May 2013