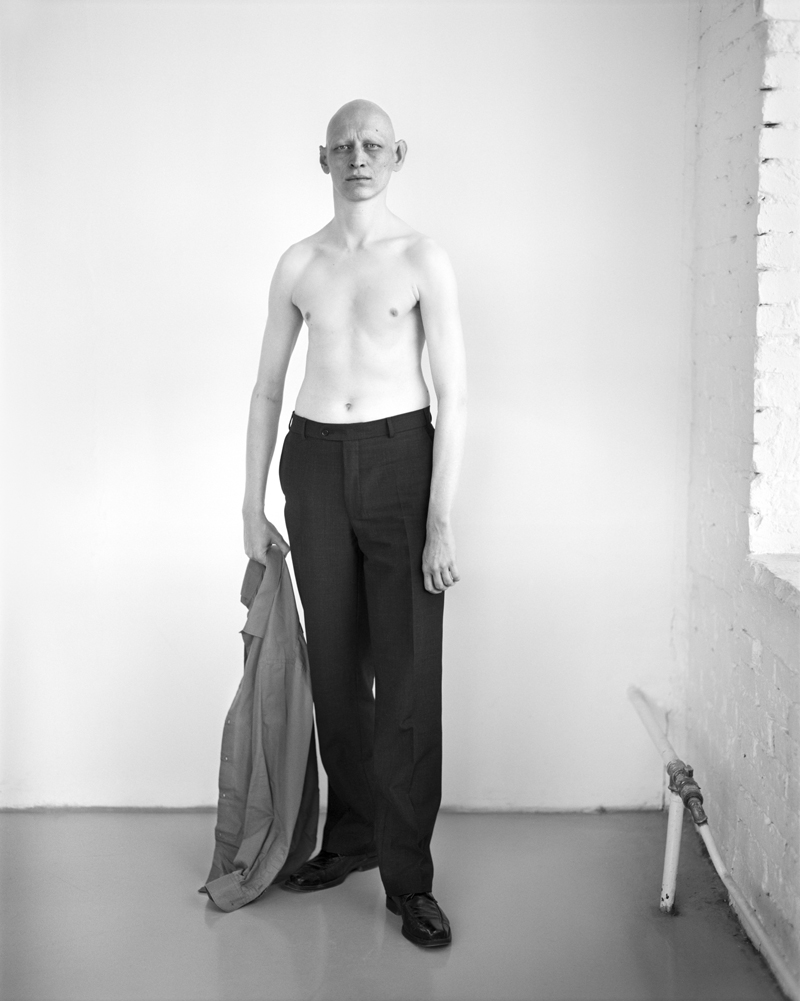 Despite its relatively short history, photography has none the less accumulated a diverse repertory of uses and roles. There are pictures to be found in any number of different contexts and each of these contexts have a set of particular requirements that photography can be adapted to with ease; it is an elastic, open-ended medium – a shape-shifter. This quality (and the fact that it enables photography to be used in so many different ways) is central to the work of Marton Perlaki, especially as seen in his book Elemer (Loose Joints, 2016), which is named after the enigmatic character that appears in many of the pictures. The work is marked by its apparent lack of continuity, moving between different kinds and forms of picture-making with no immediately obvious narrative intent. There is a sense of rigour, of precision, to Perlaki’s approach, at least stylistically, that is very striking and that suggests an appreciation for those uses of photography, perhaps in science or forensics, that generally fall outside the purview of art photography, however that might be defined. Perlaki connects this precision to the glittering surfaces of commercial photography as well, another of the ‘uses’ suggested by his pictures, and yet this mixing of styles never appears as pastiche, but is in fact refreshingly sincere.

When taken together, these fragmentary evocations of photography’s past (and perhaps, future) uses start to feel more like the digital ‘stream’ of imagery we are now increasingly accustomed to, the continuous flow of visual information, with no discernible pattern except for whatever is given by the relation of any image to the one that precedes it or the one following, the heterogeneous current of photography. So, although the contemporary landscape of photography is undoubtedly the product of digital technology and the kind of sharing it facilitates, Perlaki has re-imagined the content of that stream, connecting it to trends within the medium’s history, as if the potential of the present, its supposed flood of imagery, had always been there, waiting. The apparent discontinuity of the pictures, a jumble of subjects and themes, is a function of this re-imagining, where the juxtaposition of individual pictures is a consequence of their place in the stream that Perlaki has created, all subsumed by the quality of photography that allows it to be put to so many different uses, which is, in fact, a lack of particular qualities, its open-endedness. Many of the pictures resonate with the idea of fragility, of a precarious balance struck between opposing forces, the bubble that might burst, the figure that might lose his balance. So, even if they appear disparate visually, which they undoubtedly do, the images are still linked by picturing the same basic set of themes in different ways.

What anchors this intuitive study is its title character, an awkward figure, perhaps a bit sinister, but with his own specific dignity, who takes on a number of possible roles within the work. Elemer seems like a stand-in for both the audience and for the photographer himself, making visible the spaces in this flow of imagery where its audience and its creator alike can insert themselves to actively give meaning to the pictures, because, while the endless flow of visual material in our daily lives seems to offer no sure footing, except to scroll passively, positioned as consumers rather than readers, Perlaki does provide a structure to guide us, a loose set of associations – visual rhymes – between the pictures. These echoes move through the work, though perhaps they are not intended to resolve into any clear pattern; it seems more likely that the process of tracing all the (actual and possible) ways that the pictures can be connected is more important than discerning where they might eventually lead. The form of the work alludes to a structure-less coincidence, then, but at the same time demonstrates that the viewer can’t depend on mere coincidence to grant meaning. Instead these thematic and stylistic associations between the pictures grounds the implicitness of photography’s supposedly new instability in its own history. 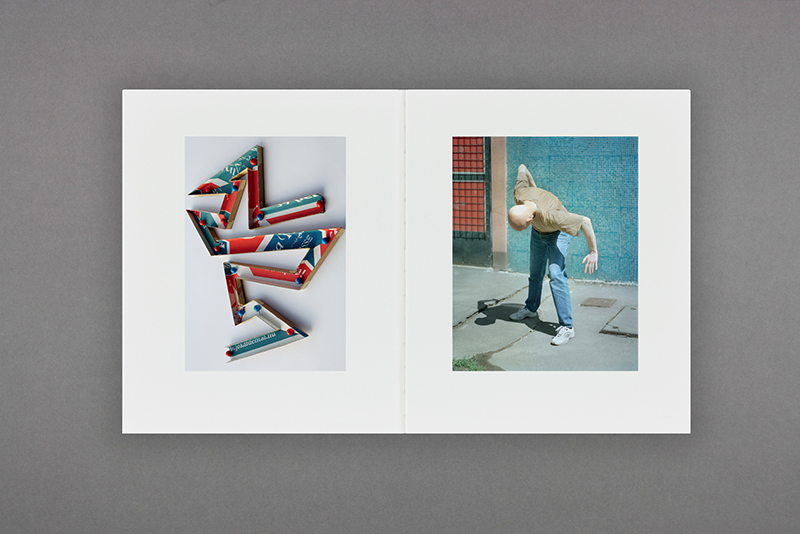 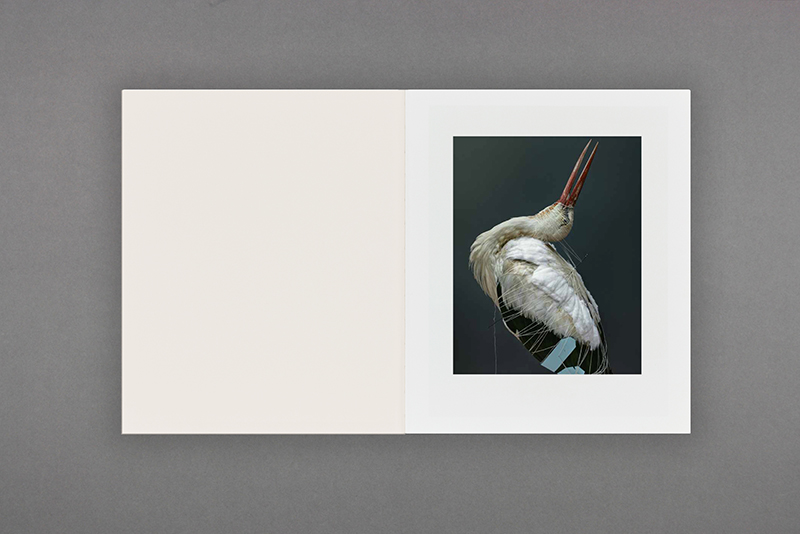 Your project is structured around a single enigmatic character who gives the work its title and who also appears in many of the pictures. What do you, as the photographer, think your relation is to that character?
I’d like to think of Elemer as a symbolic character in the series. His appearance makes me think of defencelessness and fragility. I also think that his peculiar appearance in these staged moments adds a mystical, enigmatic layer to the series. The situations that I asked him to perform tells nothing about his personality – he is a performer in front of my camera.

And how, then, do think the audience might relate to him?
Everyone relates to his presence in the pictures quite differently, but he definitely creates an unease and curiosity in most people. I’ve heard from a few that Elemer’s presence had slipped into their subconscious. They dreamt about him. I find this quite entertaining.

What do you see as the connecting thread of all this very different imagery?
The images and their relations serve, for me, as a game of associations, the way that the human mind wonders between seemingly unrelated themes and visual impacts. The underlying theme for me however is strongly around the topics of dependency, defencelessness, fragility and volatility. 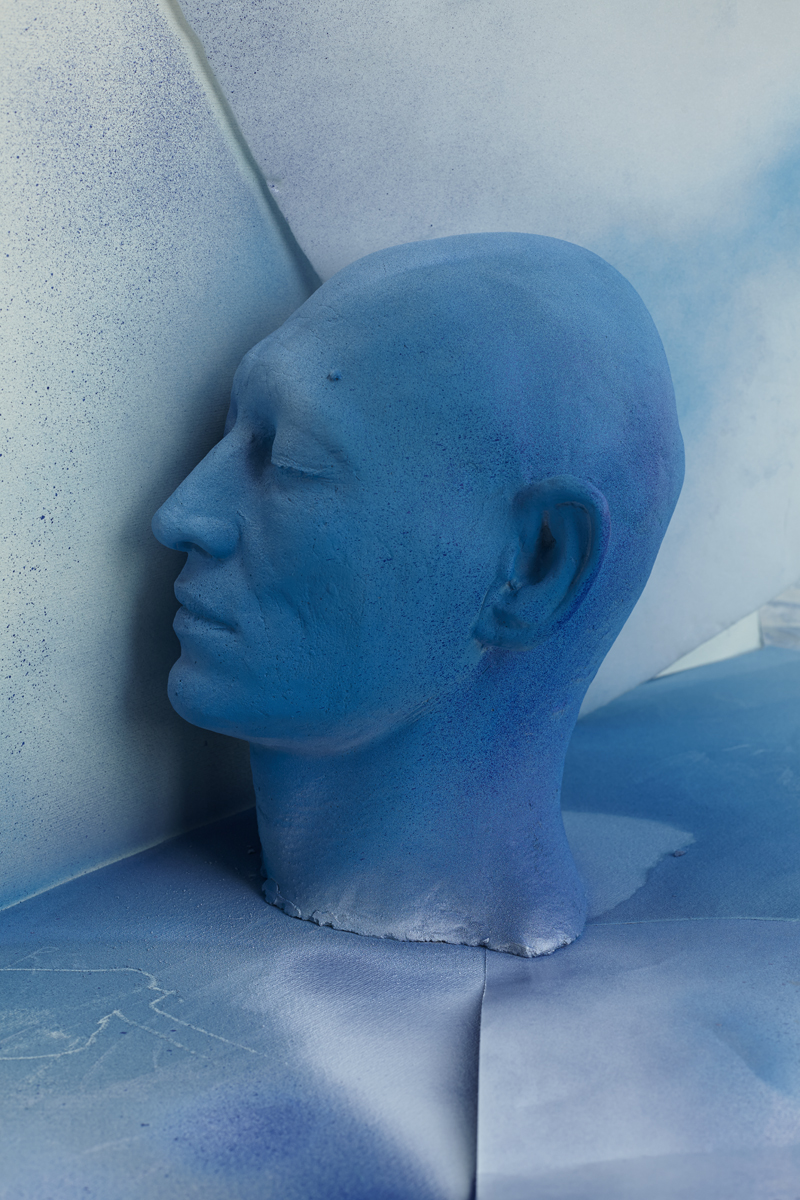 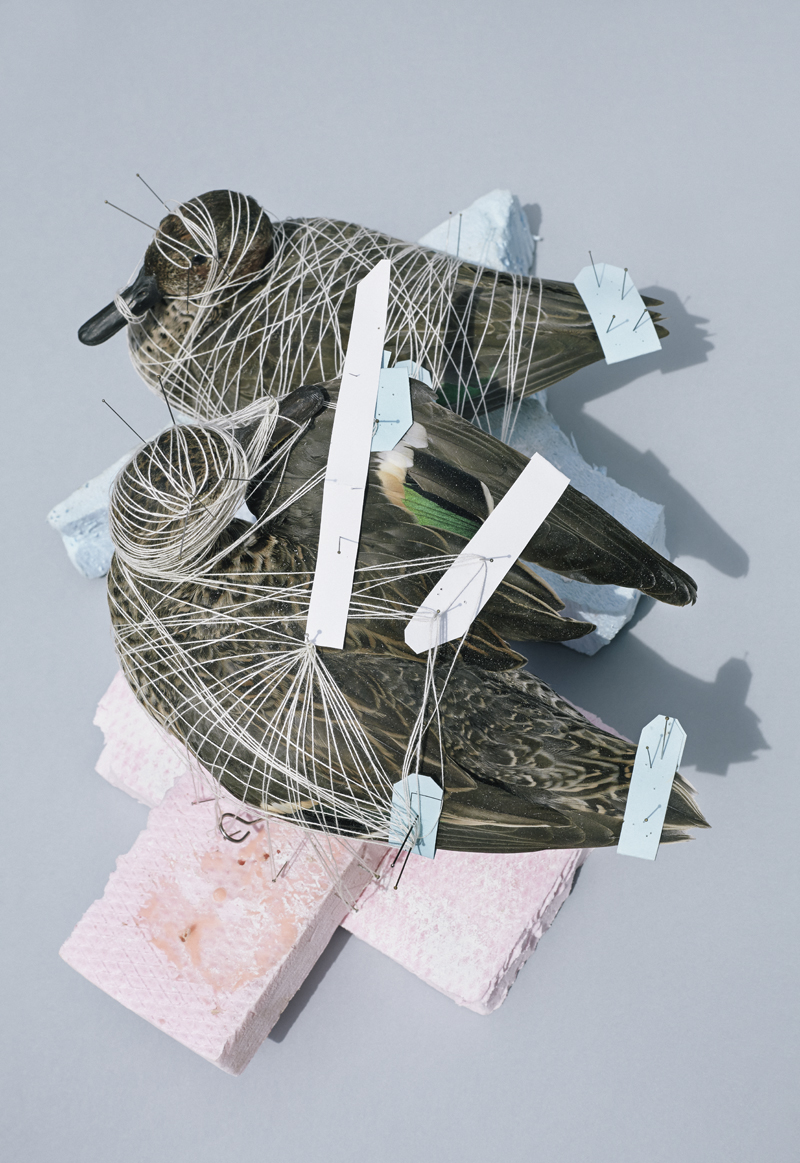 Besides that, how did you go about assembling the project – is it a narrative in the conventional sense of ‘telling a story’ or something else entirely?
It is definitely a loose narrative. I was always drawn to variety in a series, I am not very interested in linear story telling. I think it’s important to activate the viewer’s mind to create her/his own narrative and connections whilst looking throught the images.
On the other hand, I find it important to guide the viewer through the series with the sequencing and the layout. I usually start with key images that serve as the ‘skeleton’ of the series and I build the rest of the ‘story’ around these key pictures.

In general, your work favours no single style or approach. Would it be fair to say that your interest in photography relates, at least partly, to the fact that it is essentially a kind of shape-shifter and so is capable of fulfilling any number of roles?
You could definitely say that in my case. I would also add to this that my interest in photography lies in experimenting, which means I am always ready to try new techniques, filters and approaches to image making. This does not necessarily mean that I am ready to embrace them all, but experimentation is an important tool for me to stimulate my creativity.

Given the diversity of the images in the series, do you begin with a definite plan, such as a list of subjects, for example, or is the process of gathering this material a more intuitive one?
It is a mixture of both intuition and precise planning. I start by having a very exact idea of what I’d like to see in the camera and I plan the shoot accordingly.
I ususally take the picture that I’ve planned, but in the process of taking the photogrpah I also become very responsive to pleasant surprises. This means that after I took the picture that I’ve planned I immediately stir away from the original idea and start experimenting.
This is when intuition and the unexpected comes in the picture.

There is a quality to many of your pictures that I would call almost scientific – they’re very precise, in a way. Do you think this has anything to do with the impact of digital technology on photography and the effects it is capable of?
Not really. I don’t use much of the capability of digital technology. I like making the effects in camera, whether it is a color tonality that I’d like to achieve or just moving things in or out of frame. I am not a very technical person in general and the same goes to photography. I am however drawn towards a certain kind of aesthetic which you can call precise or analytic…with a touch of sensitivity. 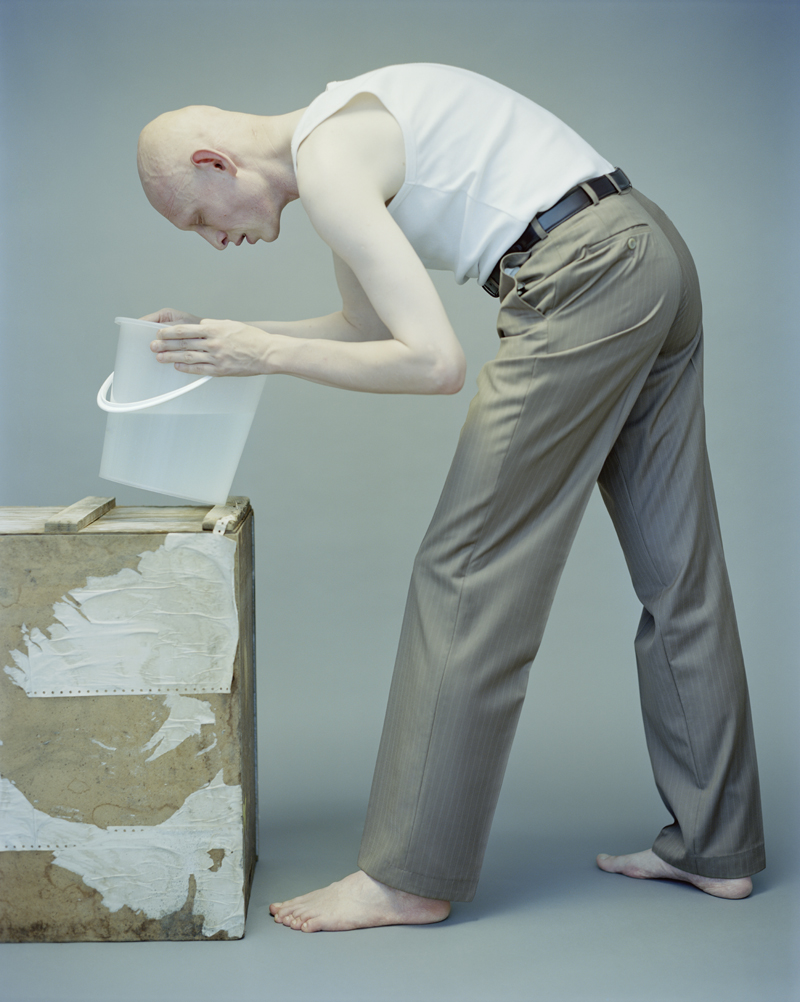 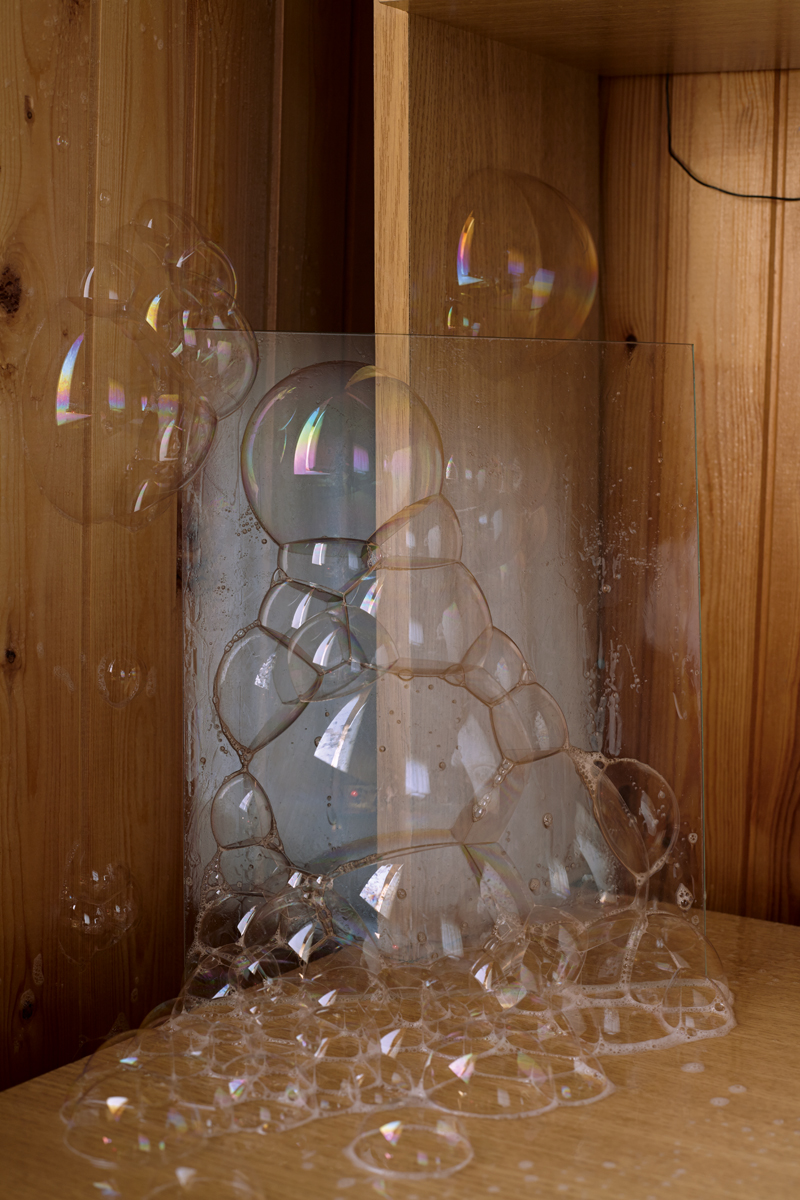 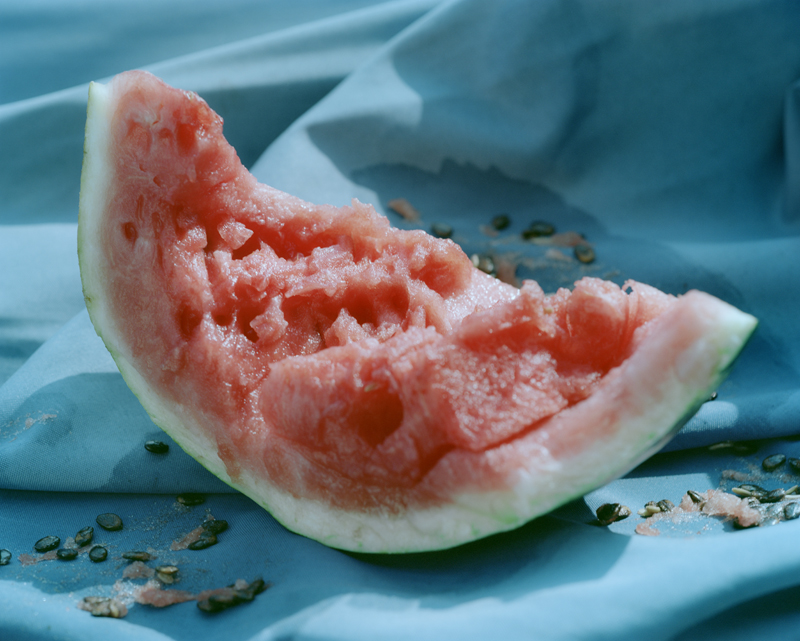 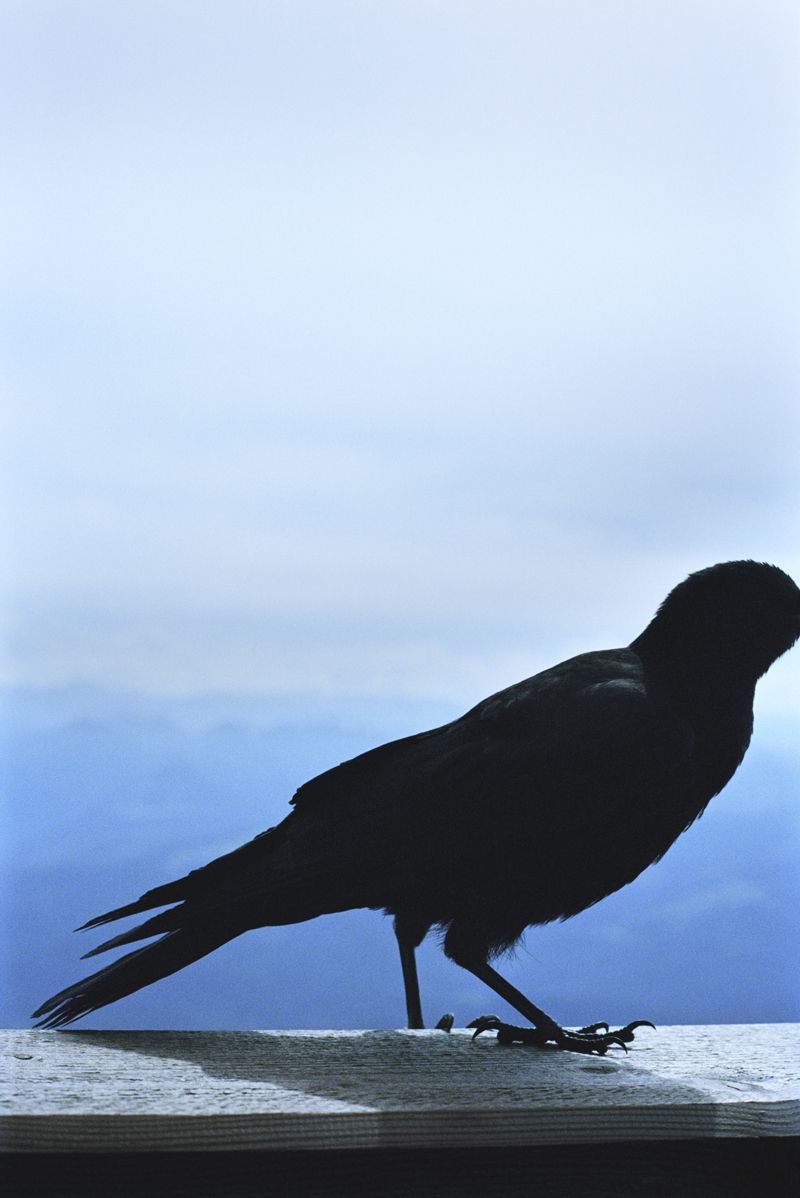 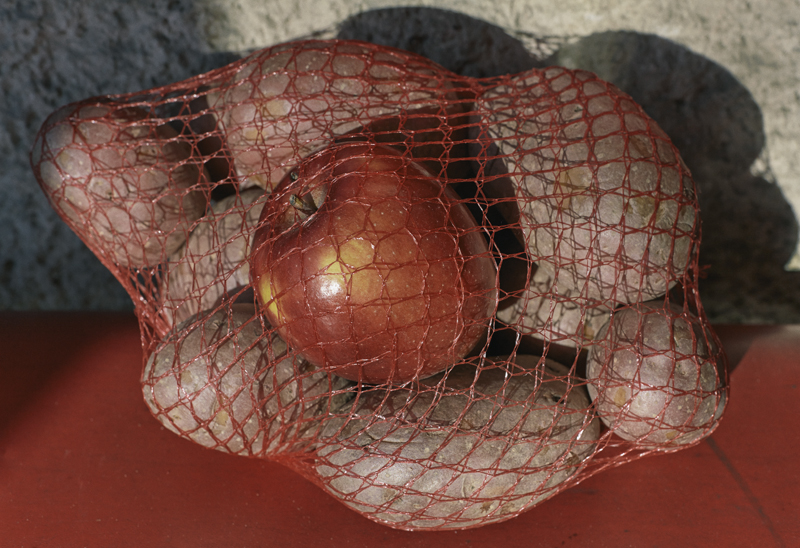 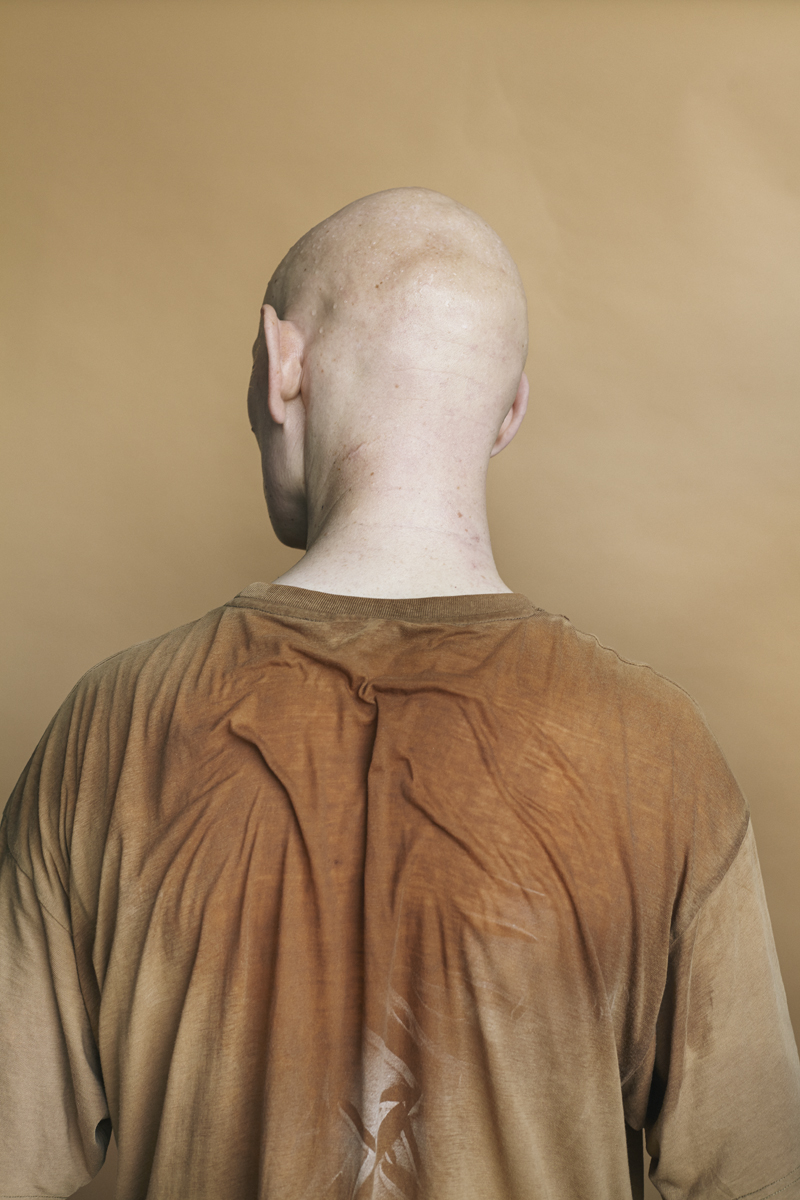