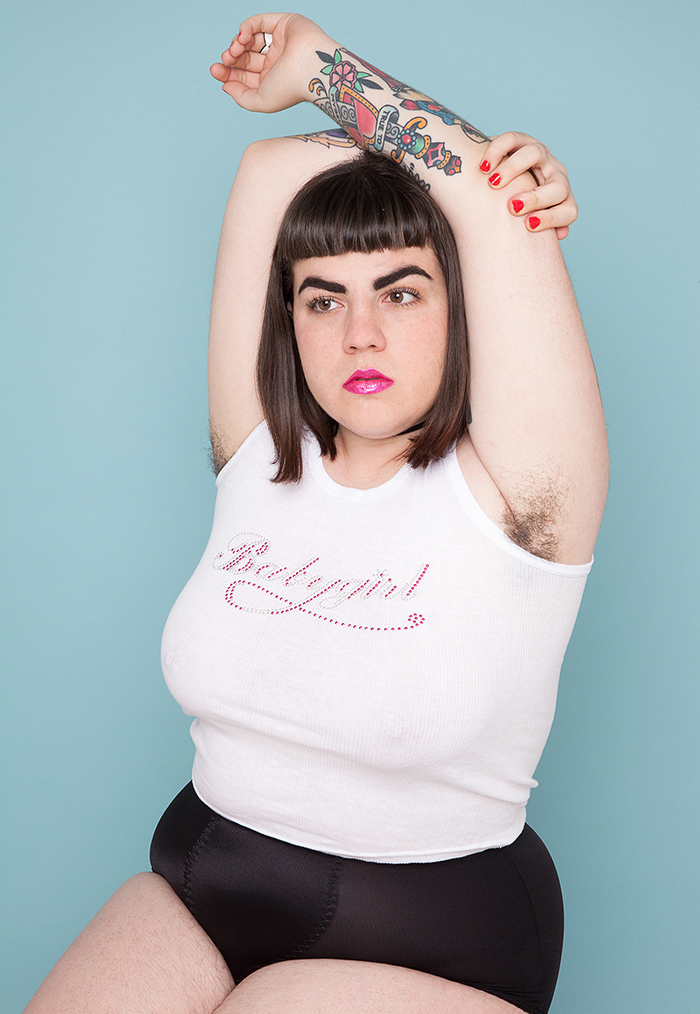 We take pictures of what is around us so that we can better understand our surrounding, and so ourselves. It feels so natural. The camera is the medium that helps us to know better. We wake up every day and every day we do almost the same routine; we look at the same things, we eat the same breakfast while we talk with the same roommate. Our life is a succession of similar actions. But if we start taking pictures of those moments, those objects, those people, then these images would work therapeutically. They would help us to put ourselves in perspective, to position us in a bigger scheme.

Molly takes pictures of her mother and the neighbourhood she grew up in – a canonical gated community in southern Florida. Surely her process includes a certain need to better understand those places and people but it also involves Molly’s fascination with a new idea of feminism and urban landscape. How much does where we live affect who we are a person? How much does our behaviour and our aspiration is influenced by the houses we live in or the people we hang out with? These are just some of the questions that we would ask ourselves in front of Molly’s stunning images of her mom.

These images are photographs of a woman, talking about being a woman and taken by another woman – which in this case is also the daughter of the subject. This generational layering and multifaceted point of view is about a new way of feminism that seems to be more often present in other young photographers. There is an urge of defining gender positions and talking about what it means being a woman in todays world. And to do so, it seems natural to look back at other generations of women and create a dialogue with them about such important issues.

Looking at Molly’s work is refreshing. 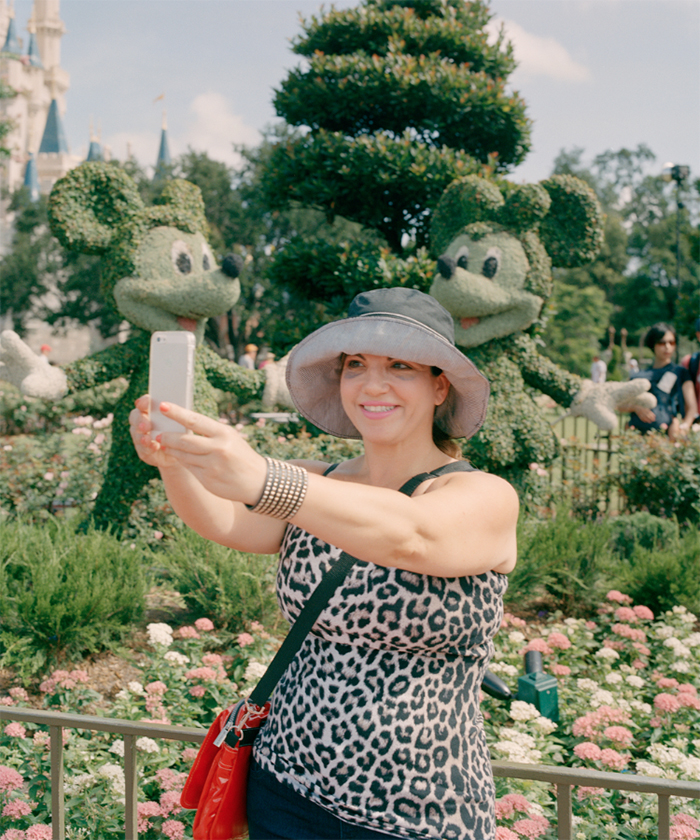 In your photographs, everything – and everyone – is in the right place. The composition of most of your images echoes the claustrophobic and strict order that rules suburban architecture and life; nothing is left to chaos. How much is control part of your practice and your work? Are your images staged? And how much time do you put into the preparation of your sets?

Totally, control plays into probably 95% of my practice and work. I’m still at a place where I’m trying to pin-point exactly what it means when someone asks if an image is staged. Everything in the frame has been decided by me and in my head that’s staged enough. Finding situations that seem perfect with a hint of suspicion. Looking for something you’ve seen all the time every day, like the back of your house.

When did you start taking pictures of your mother and why?

I started taking pictures of my mom (seriously) in my sophomore year of college. I was making pictures of my friends and their parents and my family at home in Florida when I would go visit during breaks but I was avoiding my mom until some teachers told me I should explore why it was that I was not photographing her.

Your Mom series deals not only with the mother/daughter relationship  but also with the role of women in general – or rather, with the American idea of women, femininity and beauty. If, on one hand, we can feel and be witnesses of the sweet, intimate and personal relationship between the two of you, on the other hand we immediately recognise her as a symbol of a Western idea of beauty that is based on facial-lifting surgery and over-saturated make-up. What do you think about this? Are you trying to critique how women are treated and represented in our society? And, by the way, what does feminine mean to you and who do you think would stand as a contemporary model of feminism?

The ideas that I’m addressing in these pictures of my mom are loaded. They come from being deeply rooted in the beauty industry and my own exploration of femininity. Personally, I am disinterested in photographs that portray a sweet and intimate relationship with a family member because I’m looking for some kind of conflict. I am definitely concerned with the critique of women in western culture, how can you not be? Even in the way you worded this question “over-saturated make-up”, to me that has a negative connotation. As a woman being nit picked by the world, why wouldn’t you want to wear a lot of makeup as a barrier? Yes, in these pictures you see my mom, she is a makeup artist and wearing make-up the way she does helps to further form her image of self. There is no such thing as ‘natural’ make-up. I think I am still trying to figure out what feminine means to me. I am quick to answer that a contemporary model of feminism would be Nicki Minaj & Beyonce. “You could be the king but watch the queen conquer.” Their music right now is touching on things that are political and deal with sex as a woman and I think they are introducing political thoughts about women to young girls who might otherwise not have thought about it. I mean, when was the last time a woman went on public TV during one of the most watched shows (the VMAS) and performed with “FEMINISM” projected behind her? 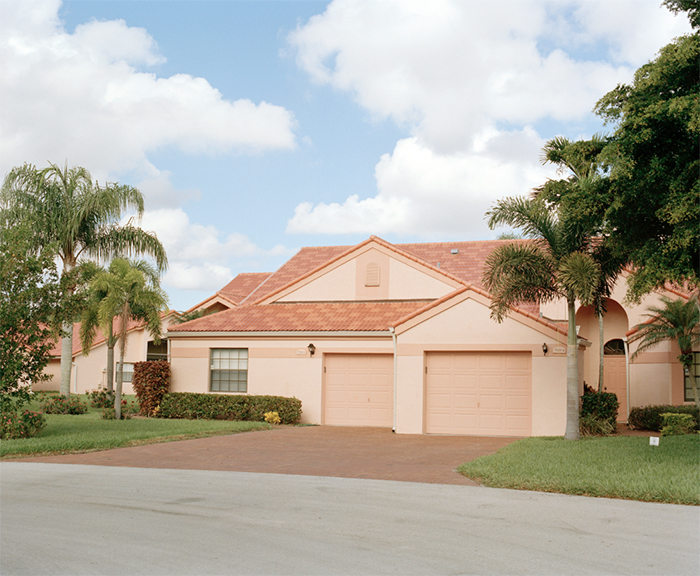 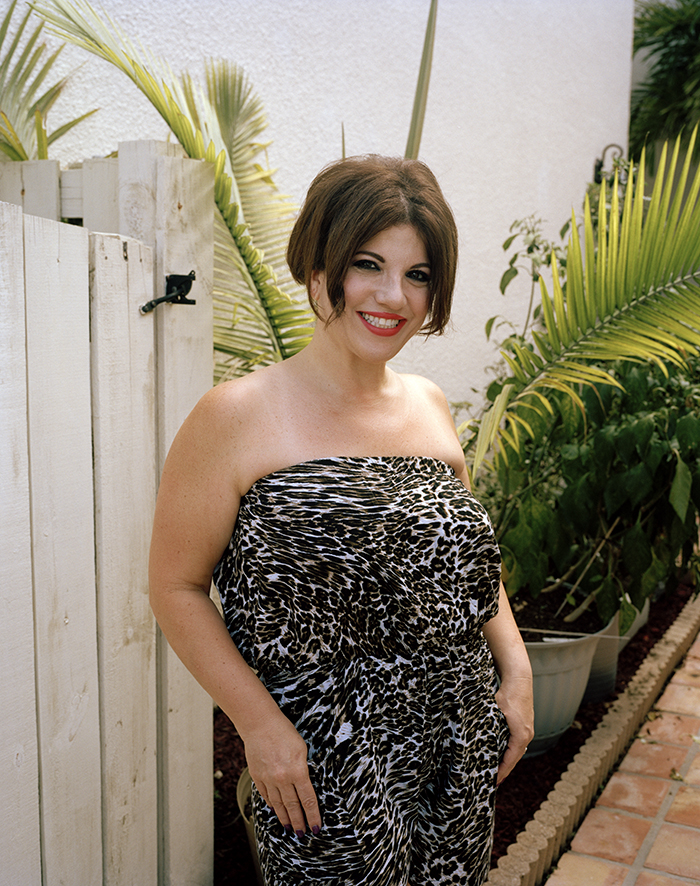 Your mom looks so happy in these images. And even though we are not sure about the nature of her happiness, we know that she will always look as beautiful in them. Photography in this sense is the perfect medium, because in these photographs she will always look flawless, whereas in reality she will eventually get old, and not look all that ‘perfect’ anymore. It’s always fascinating to think about how photography can freeze glimpses of time and let them look like that forever. Do you think you will take picture of your mom in 10/20/30 years time? Are you fascinated by the power of photography in this way, giving us the illusion of immortality?

Haha I think when my mom gets old she will still be flawless and because of that I will always take pictures of her.

It seems like you take pictures of women for women. Men are present but most of the time they feel contextual to a female only reality. Can you tell us about the relationship you have with the feminine world and why its so fascinating for you?

We live in a male-centric world, men are present in my pictures but I think they serve as props. My friend Claire once said, “Whenever I see pictures of boys that you take…I think to myself “jokes on you man.” The feminine world is my world, not one that has been forced upon me.

I love the still-life photographs in your mom’s series. It’s incredible how objects can talk about a person. Do you take a lot of still life images? What is the difference between taking pictures outside versus working in a studio?

Thank you! I much prefer finding still life’s out in the world. Whenever I go to make one in the studio I’m just like “okay…here’s this thing…now what”.

Where we live shapes who we are as people and this becomes particularly clear in your work. The subjects in your series are deeply connected with the landscapes they are in. They could not live anywhere else. When did you become interested in architecture and its connection with people’s lifestyle? And why so?

When I first moved to New York City, I would go to the suburbs in New Jersey and see how other people grew up. I realised it was completely different from what I was used to. It had history and was quaint in some sense, there was all this space between the houses, there were neighbourhoods but no gated communities. I realised I spent my life growing up in a very particular part of the country where there was no real history. Everything is very specific and its coldness became appealing to me. 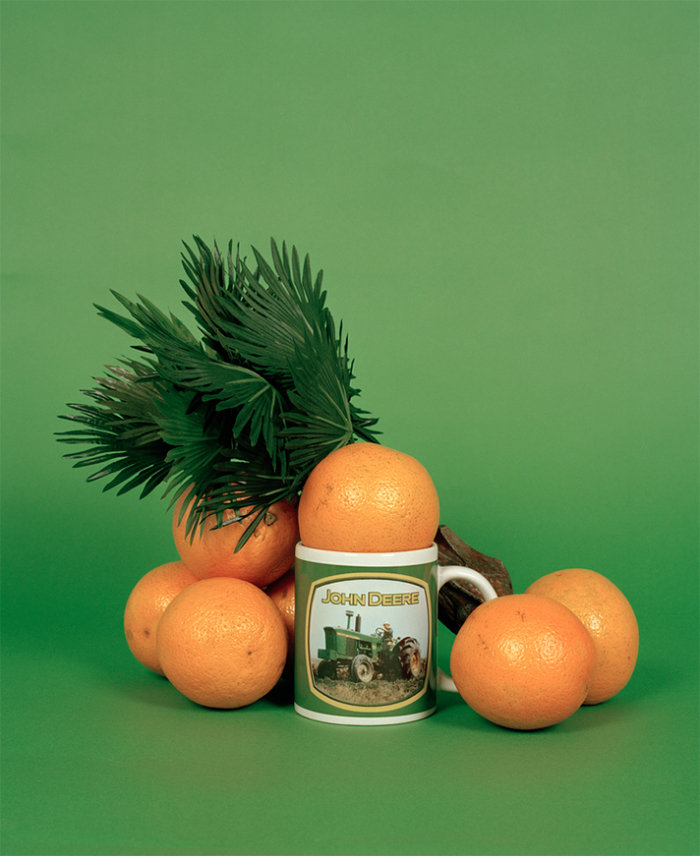 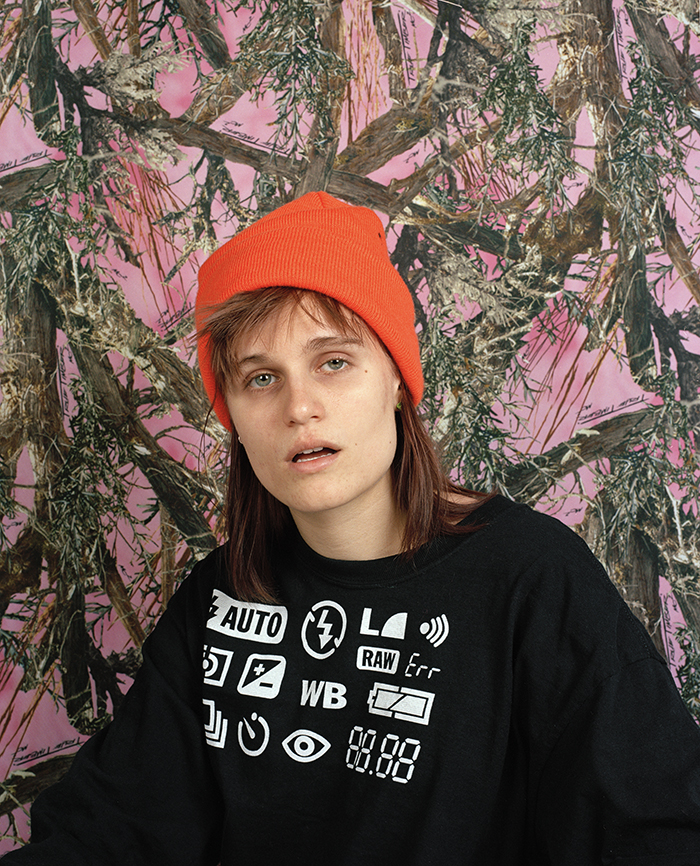 Thomas Ruff taking pictures of Diane Arbus’ subjects; that is what I thought looking at the portraits you shot in 2013-2014. In fact, there is an impeccable technical presentation of slightly grotesque-looking subjects. In my opinion, this series talks more about how blurred our contemporary idea of beauty, gender and sexuality actually is. In a way, it goes against that strict idea of feminine representation that is central in your mom’s images. Your friends here look natural, sometimes goofy and not that worried about how they will appear. What is the difference between your mom’s generation and ambitions and yours?

I honestly think it has to do with the kind of picture, I think if there was a picture of my mom on a backdrop it might not feel like such a separation for you. Claire (orange beanie, above) is just as a grotesque character as my mom. The difference is that these are my friends and lovers and they understand me and my photographic process a little more than my mom does, so they give me what I’m looking for without much work.

Can you tell me something about your self-portraits? They seem to have an important role within the work because it feels like they are helping you position yourself among the rest of your subjects – between your mom and your friends.

I mean, I think my self-portraits are a world of their own. Like I said, I am trying to position myself in the world according to femininity. I am forcing the viewer to interact with certain elements of myself, whether it be my body type or personality. These self portraits are made in the studio where the environment is just me and I have control of my representation. Something that is very important to me is visibility and inserting myself into the discourse as a non-stereotypically beautiful woman.

You moved to New York to study but your photographs keep on having that South of Florida hyper-saturated-colorful-aesthetic, that is so positive and sunny. How hard was it to move to such a different environment for you and how much this has influenced your work?

It’s very hard! I don’t know what to take pictures of in New York. The past few years I’ve used New York City as a place to think about the work I’ve made outside of it.

Any particular projects coming up?

Yes! I have been working with my best friend Damien Maloney on a collaborative photographic project. We are traveling together, photographing each other and the land and exploring ideas of intimacy and desire. I hope it can be a book by the end of this year. 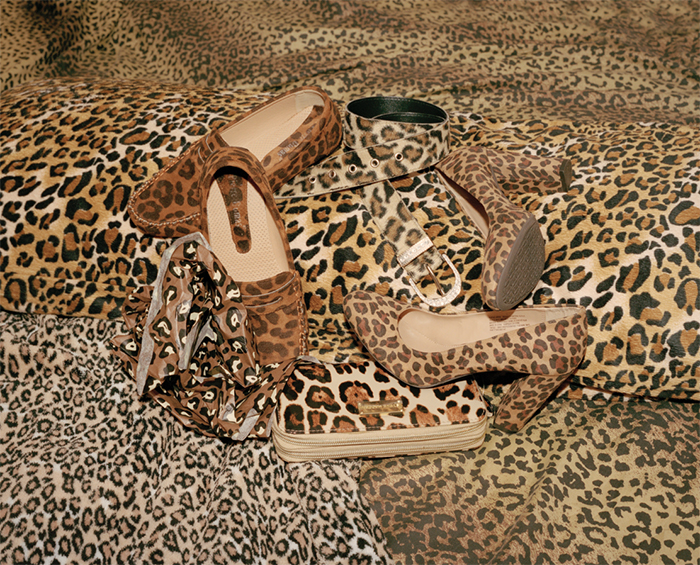 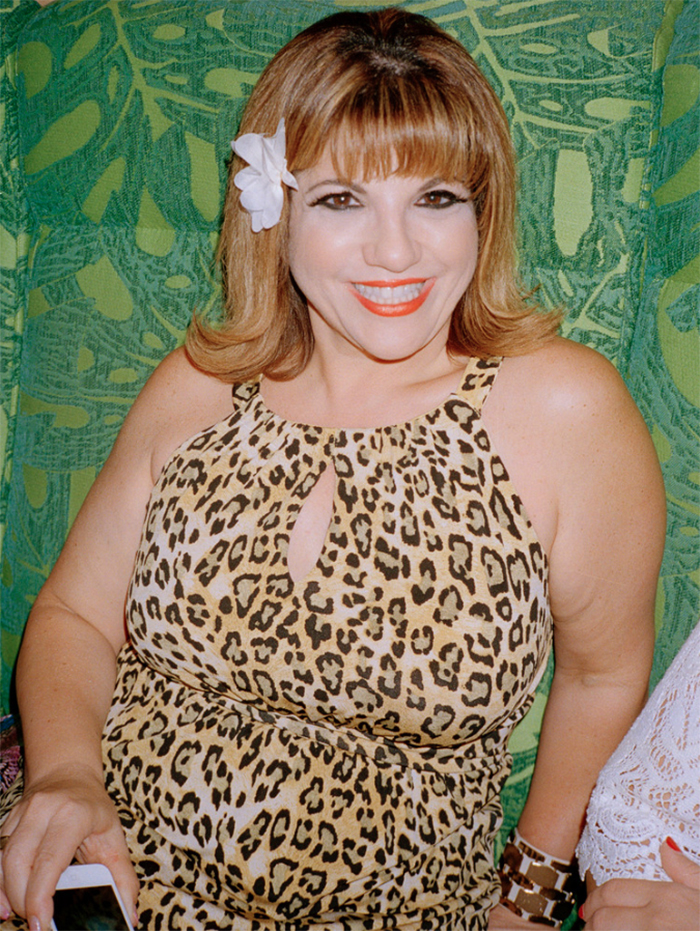 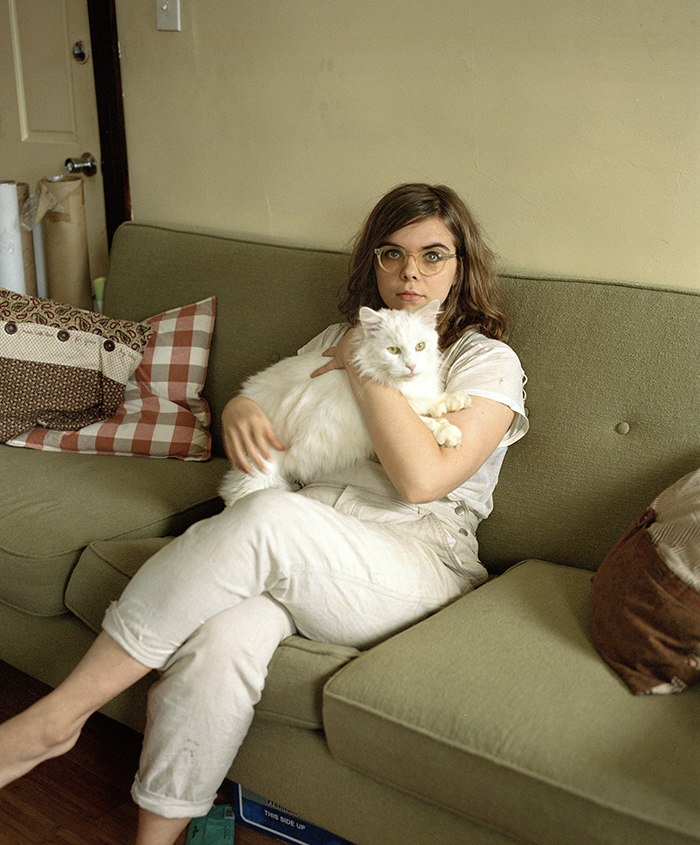 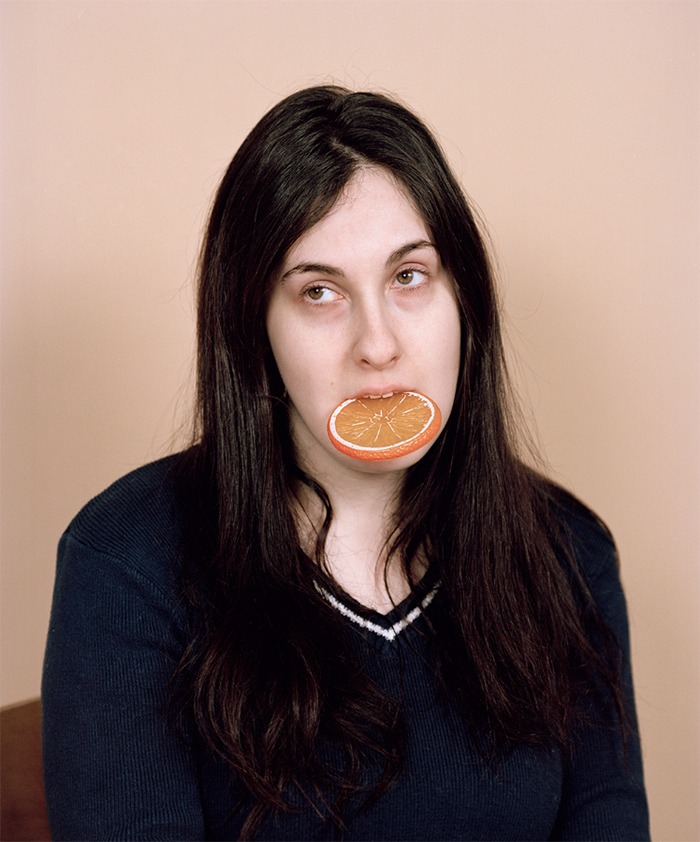 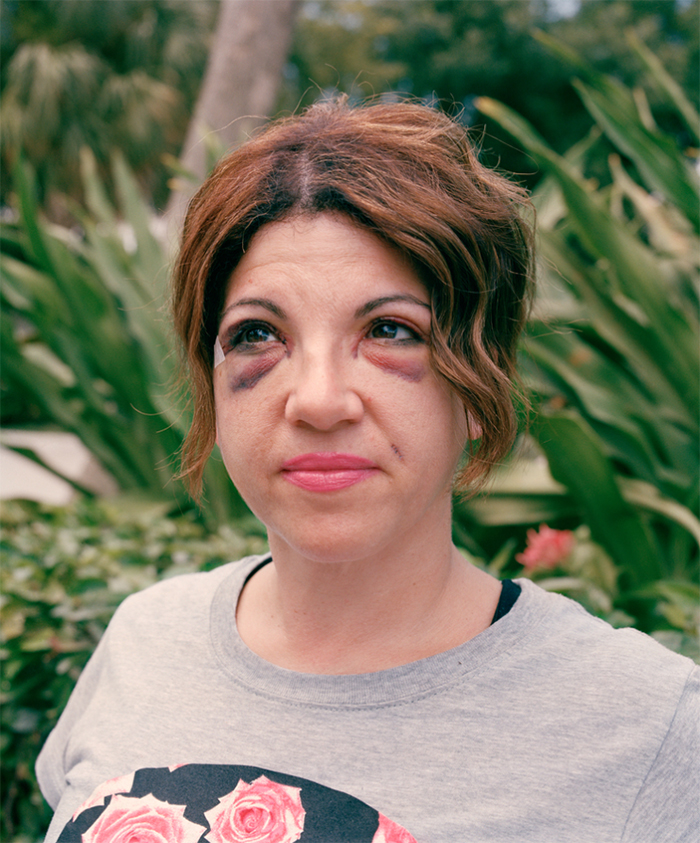 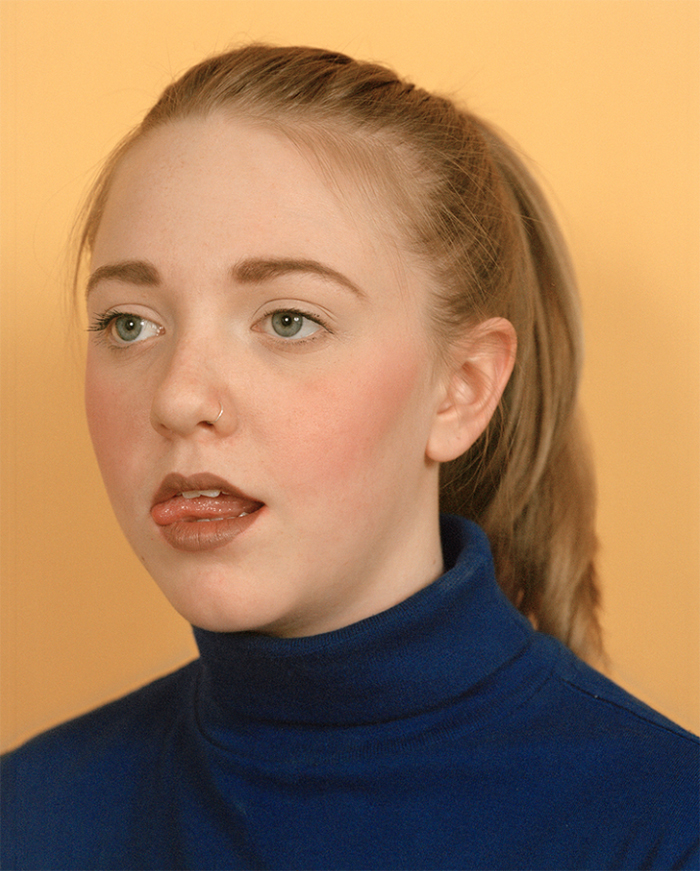