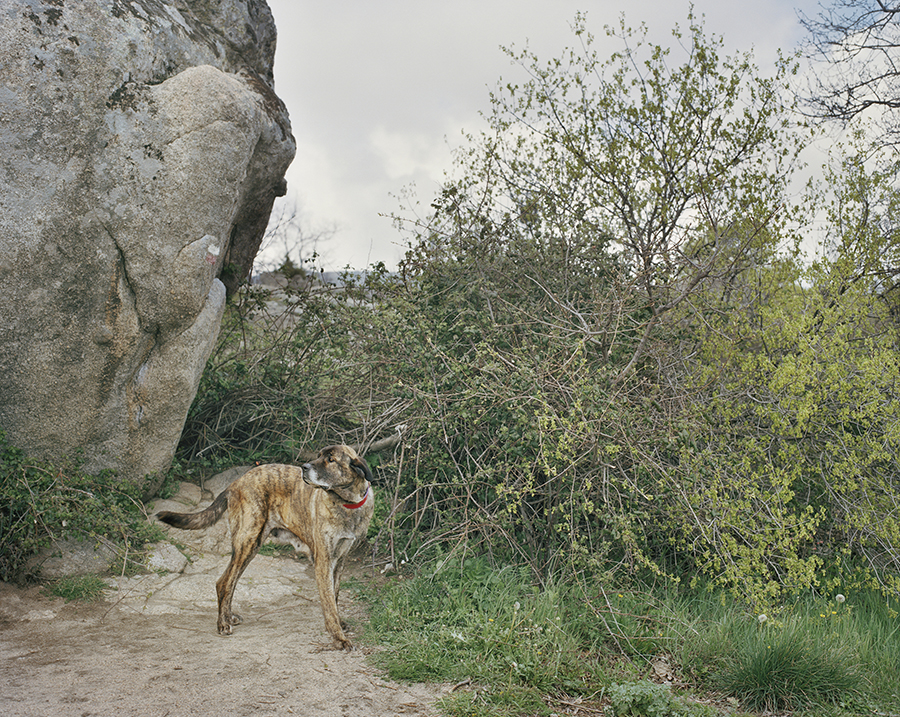 Passing through countless fields of Castilla, Spain, you can create in your mind a mixture of deserted roads, isolated fields, and infinite horizons under blue skies. The air will be always dense, but it will flow as though a windmill was whispering inside your ears. It is a sensation from a past journey and introduces odd feelings of timelessness; what you will experience when looking at Richard Page’s The Dialogue of the Dogs. Page embodies a modern knight-errant to take us across the lands of La Mancha.

The Dialogue of the Dogs is without a doubt, one of the most unbelievable novels by Cervantes. Two dogs talk to each other at night and chat about the adventures and journeys they’ve had with their owners through several cities in the south of Spain. Cervantes, talking through the dog Cipion, analyses the literature and the reality.

In your project, The Dialogue of the Dogs, your images reflect the context of Spanish society from the perspective of a contemplative observer. I would like to ask you why you have chosen Spain as the backdrop for this narrative, when nowadays most documentary photographers are looking into other more attractive places and moments?

This project began with Cervantes. I have long been interested in his writing of the sixteenth century; the themes of illusion, perspective and his satirisation of power. Although I understood the relevance of his stories, still now in the twenty-first century, I had never really made a link with my own work (even though past work has explored very similar themes). In 2014, I had read about a major project that was underway in Madrid to locate Cervantes’ remains within the Convent of the Barefoot Trinitarians, misplaced since its relocation 200 years prior. It was this that first compelled me to go to Spain to photograph. The narrative unfolded later, the more I worked on the project, and the Spanish landscape became this backdrop for the story of today – for what it had to say about the contemporary European political climate. Spain’s significance became more and more important for the project as it developed, but as you say, I do remain an ‘observer’, or outsider. An important factor of Cervantes’ Dialogue of the Dogs (or The Dogs’ Colloquy), is that it is framed by another story called The Deceitful Marriage. In this story a sick man is in hospital, feverish and delusional, he dreams of the two dogs talking to one another. Although the dogs’ dialogue uncovers many truisms, they are highly unreliable as witnesses or narrators.

Cervantes has a remarkable and unique way of narrating locations like timeless pictures. How important to you is the relationship between the image and the original text?

The images do draw on motifs from Cervantes’ writings, but I do not feel that this is essential to the viewer’s interpretation of the images. I try to echo the key ideas, but rather I am more interested in the present state of things today. I certainly do not see the relationship being one of an illustration of the original text. Rather, the text is a jumping off point in thinking about the images. For instance, the reader may well be familiar with the story of Don Quixote’s charge at the windmills (this is the most famous of his stories). These central ideas of misperception, of failure, reoccur throughout the work. The history of Spain, and Cervantes, bubbles beneath the surface, its not meant to be seen in the images straight away – it needs to be unearthed. 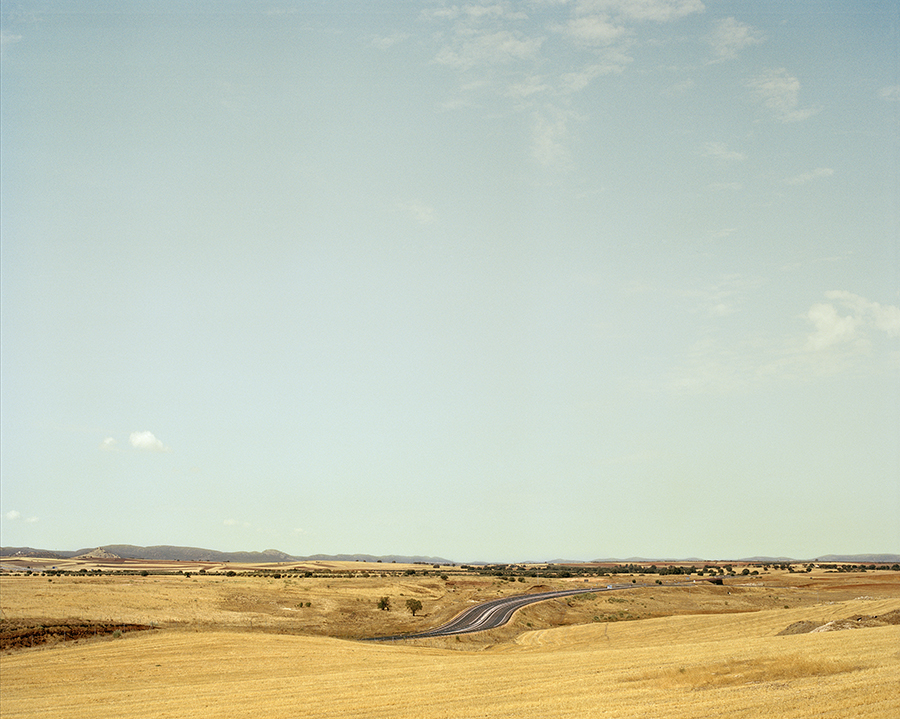 In Spain, you can easily find dogs wandering in the cities and the countryside, do you think the dog represents the observer in the images?

Yes I do, but they also represent other positions. As you have pointed out, Cervantes’ dogs narrate their observations: they are gently mocking observers of so-called civilization – their masters are fools, brutal, and corrupt. The roles are reversed here and the dogs are given the moral high ground; humanity becomes dog-like, barbaric and animalistic. But this also speaks of our own subjectivity; before we gain the socialisation of civilization, we are irrational and animal-like. Not for nothing did Sigmund Freud adopt as his childhood nickname the name of one of Cervantes’ dogs, Ciphon. Ciphon patiently listens to his companion, Berganza, and this strangely mirrors the psychoanalytic relationship between analyst and analysand. In the story, Berganza speaks, but Ciphon listens (or observes). It is a story about observation (the dog indeed represents the observer), but also about story-telling and how the poor dog can find a voice to articulate its situation.

Whilst the dog may well represent the ‘underdog’ – or the Other – as they do in Cervantes, we must also recognize their privileged place in the depictions of royalty in paintings by artists of the time, such as Velázquez; the portraits of Philip IV with hunting dogs. The image of the ‘royal’ dog. In some aspects of Spanish tradition, the dog is symbolic of both the poor and the royal. There is a tension here that interests me, as if the dog can occupy both positions. Dogs are often situated at a threshold (of the domestic home perhaps): In classic literature they often sit at the threshold of life and death, this world and the next, reality and delusion. The first image in the exhibition, Felipe’s Seat, 2016, is an image of a dog (it looks out of the frame, but away from the other images in the exhibition). It was taken on a hill, called Felipe’s Seat, over-looking San Lorenzo de El Escorial, where in the sixteenth century, King Philip II could observe the construction of his huge palace below. There are fantastic views from the top of the hill, but I like the idea of choosing to photograph a mere dog, turning my back on the landscape and the order the sweeping panorama implies. For me this crystallises much of what this project is about.

In your images, we can observe urban spaces as well as open natural landscapes where the subject almost disappears. How important is the relationship between the subject in this landscape along with their connection to a more real, social environment?

Other than a few images, figures tend to be quite small in the images, alone or in pairs, occupying large spaces. Practically, this is because of the central area of Spain being so sparsely populated, but also because I do tend to look for people who look like they’re travellers, out of place, on a journey to somewhere else. Often they are observing the landscape themselves, as I (also the viewer) look at them. I don’t see a great distinction between urban and natural/rural spaces – I don’t see the city as more ‘real’ or ‘social’ in anyway. The terrain of central Spain is largely agricultural, its economy still based on this today. In this area, the industrial age did not transform the landscape as it did else where in Europe (most notably in Britain). So rural spaces are social environments. They are not separate from culture.

Some images are made in cities; Madrid, Seville, Valladolid, Ciudad Real, etc. Often, I am much closer to my subject-matter simply because of the practicalities of photographing in the urban environment. These details tend to be more metaphoric, e.g. Red Carpet, 2014; its plastic vibrancy seems to counter ideas of pomp or ceremony – it’s clearly a false prestige. Or Security, 2016, which is about observation; the view is blocked by the fence, the security hut seems to guard against our looking. This is doubled by the CCTV camera that points at the hut – I wonder who is watching who in this image. Both images are about out relationship to culture, but we are distanced from it: the image is close, but our connection with the ‘real, social environment’ has been severed.

In “Citadel VI”, the encounter between the sublime and the melancholy jumps into each other from a rural setting to an urban ambiance, how essential is that melancholic component?

This image contains several key elements (most obviously the famous windmills), but the edge of the city, its abrupt halt, is important. A children’s play-park sits on the very edge of town – the light picks this out. There are several images in the series that depict residential environments, cut off from their surrounding environments. This juxtaposition between somewhere domestic and the sprawling emptiness of the Spanish landscape is quite dramatic. Melancholy is an interesting concept; it implies a static situation, as if there’s something one cannot move on from. I do feel that the history of the place weighs down upon it. The region, Castilla-la Mancha, is a bleak terrain (beautifully bleak in fact). The Arabic origin of the region’s name means ‘wilderness’, but the literal meaning of Mancha is ‘stain’. Cervantes’ Don Quixote begins: ‘Somewhere in La Mancha, in a place whose name I do not care to remember…’ 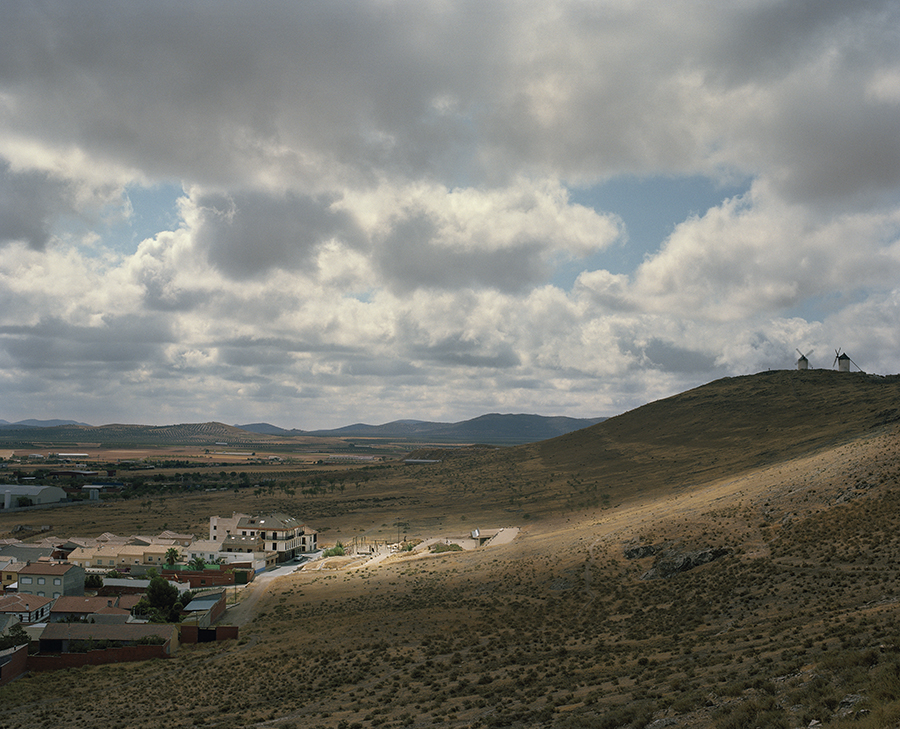 Your images feel intimate and we cannot find variations in these dimensions. How does this affect your curatorial decisions when showing the work in a gallery setting?

The exhibition at the Francesca Maffeo Gallery was my first opportunity to really explore the work’s physical presence in a gallery space. The decision to make all the images the same size was to unify the different types of images included within the set. However, at the same time, we wanted to disrupt the traditional flow of a line of images on a gallery wall, and present a more random arrangement on the wall to reflect the idea of a wandering or meandering journey. The placement of images together, or in short sequences, really opened each image out; I liked the idea (offered by Rodrigo Orrantia, who wrote the gallery text), that the images enter a dialogue with one another, in the same way the dogs converse with one another in the Cervantes story. Singularly, the images might be mute, but together they begin to speak. However, specific meanings are withheld, and the viewer is encouraged to consider their own narrative.

Finally, in your previous projects you have produced a publication or a photobook. Are you planning the same format for “The Dialogue of the Dogs”?

This would be the ideal resolution to the project. It is, in many ways, a photo project about a book, so it does rather make sense to present it as one. However, I feel there is still more to be done with this work first. As a publication, I would like to see it become a bit of a tomb; one of those books that can’t be read in one sitting, a book that takes time, and changes over the years as the reader revisits it. We shall see… 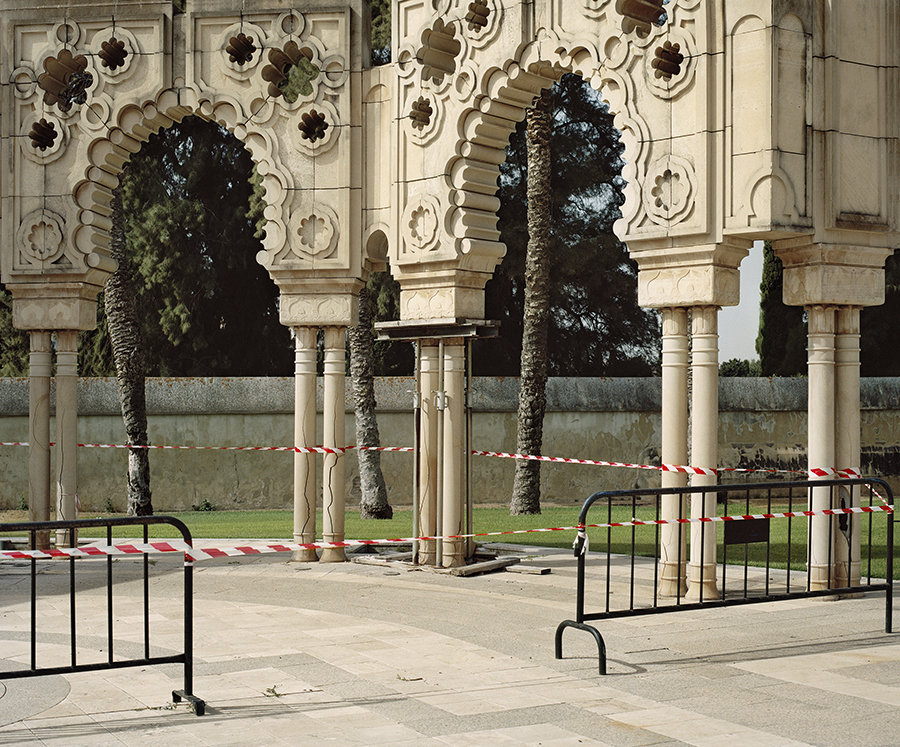 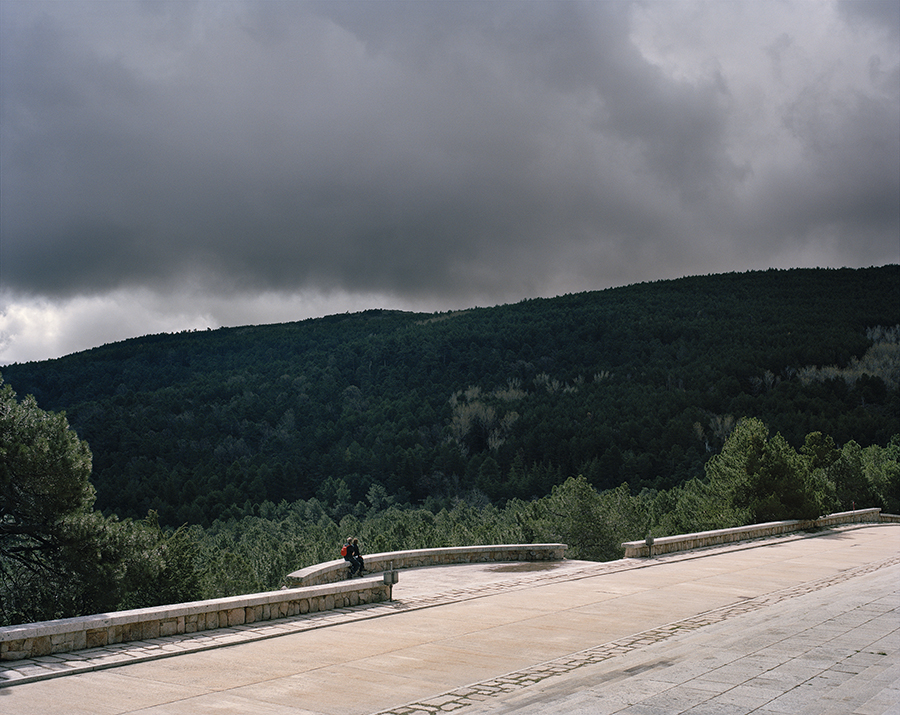 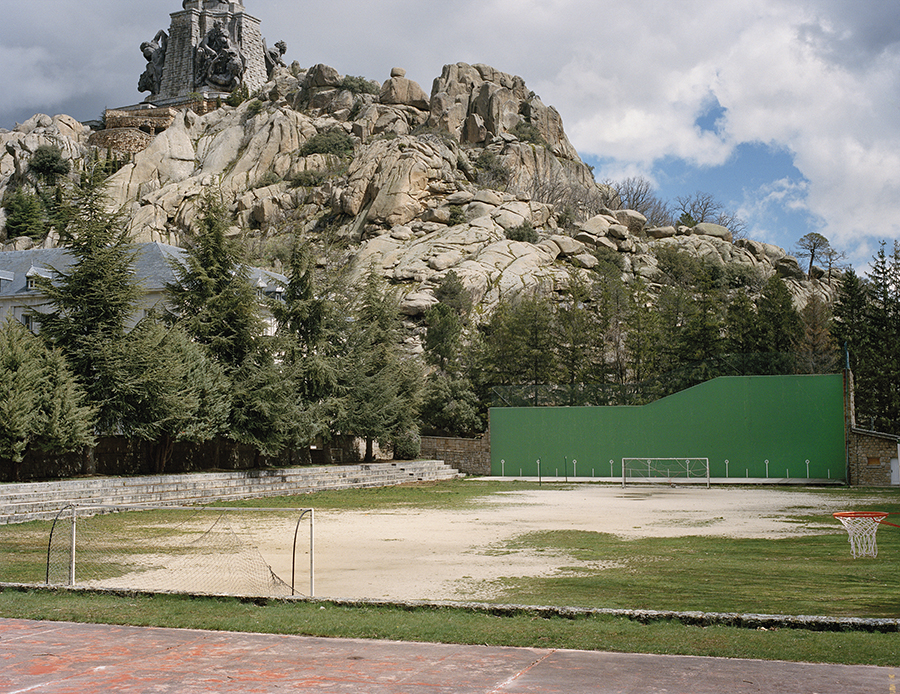 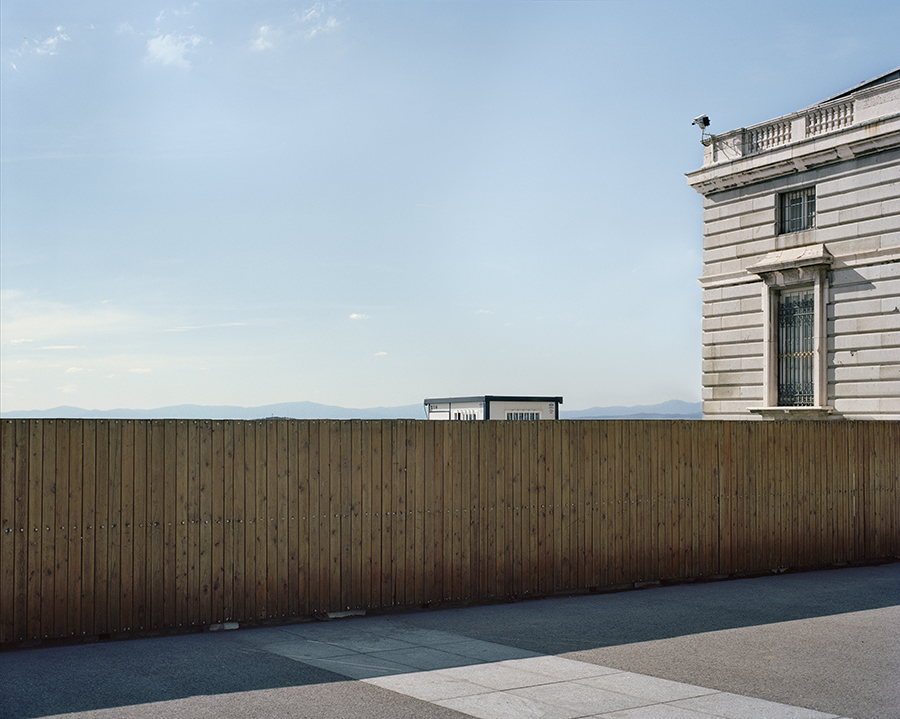 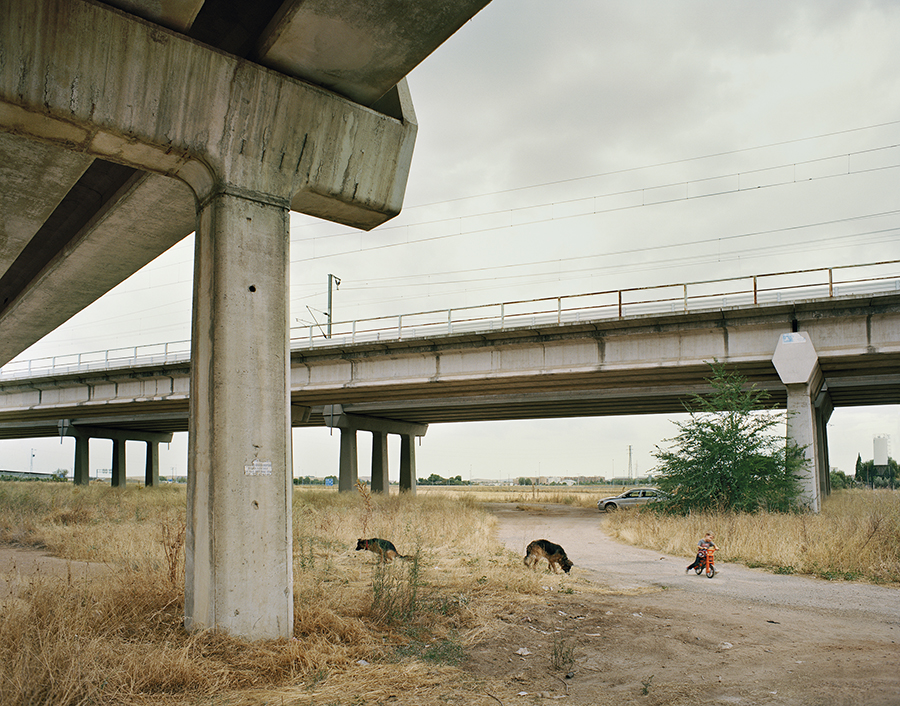 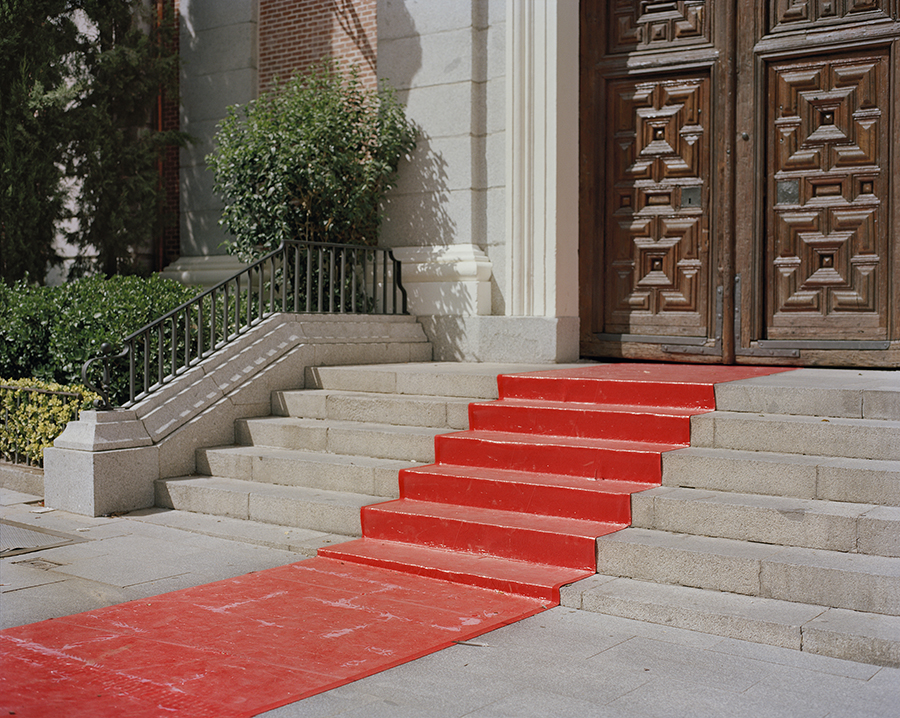 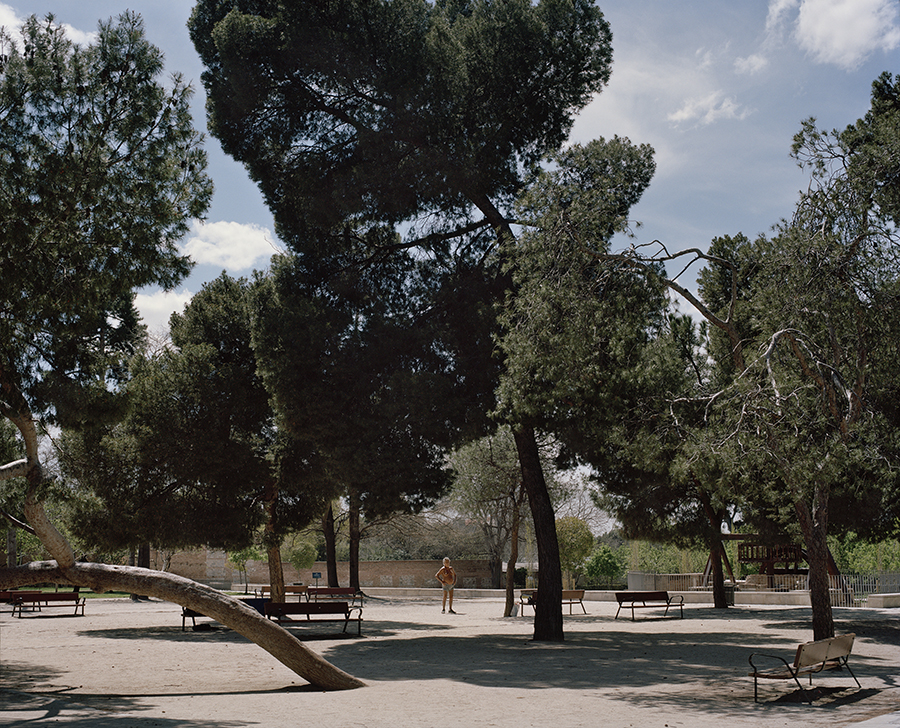