I am not interested in randomness, I am interested in constellations with
a link to the human psyche. Hopefully because of this, the images will stay
with the viewer a little longer than just being registered as surrealist compositions.

Torbjørn Rødland is known for his portraits, still lives and landscape, in which simultaneously inhabits and disrupts the realm of the everyday. As a creator of photographic imagery, and not a creator of image as an object, his images touch the viewer, depending on who is looking and which photograph is being looked at. If he knew what the photograph was about then he proclaims he possibly would not be so keen on showing it, or even making it. He is interested in things that have more layers, that he feels can go in a different direction.

The editing of images is still happening when they appear within the gallery space and each image will be seen differently, depending on what is hung next to it. This is his first UK exhibition and what we see as the final selection might continue to another space, or another venue and will then take on a different narrative. There is a certain constructivism going through the editing of the show and the placement of objects in his imagery, with a curiosity of the banal and their double meaning and underlying lyricism. His staged scenarios ‘keep you in the process of looking’, where we are drawn to the nature of the image, the photographic image and where there is room for the unexpected to appear but never with a total randomness.

The exhibition title, The Touch That Made You, refers to humans as ‘a result of how we are seen, held or touched’. During the interview Rødland also states there is a doubleness to it, where a touch can be important to you even if you want it or not. For his current exhibition at the Serpentine Sackler Gallery he wants me, as the viewer, to look and find something meaningful; I do and then I can’t look away.

What kind of references or influences do you take from other mediums? Is there any particular book, or other artists that you are inspired by?
There’s a wide range of different artists, or imaginary that I have been looking at through the years. Some artists are inspiring because they are pushing whatever they are doing, or pushing the medium, or their art form. I don’t really take or steal visuals from other artists. I constantly find materials or things or set ups of objects, typically from photographs without an author. It used to be more from gift books and calendars, now it is more screen based; some random images shared on Instagram, or that type of popular imagery. Also, I am not only inspired by photography, but also fantasy art or comics, illustration, that type of thing. Whether it’s an object, a situation or an image that catches my attention, I try to figure out my interest in whatever I’m looking at. Through depicting these objects, places, people or making my own versions of older images, I make my original fascination as pointed as I can. 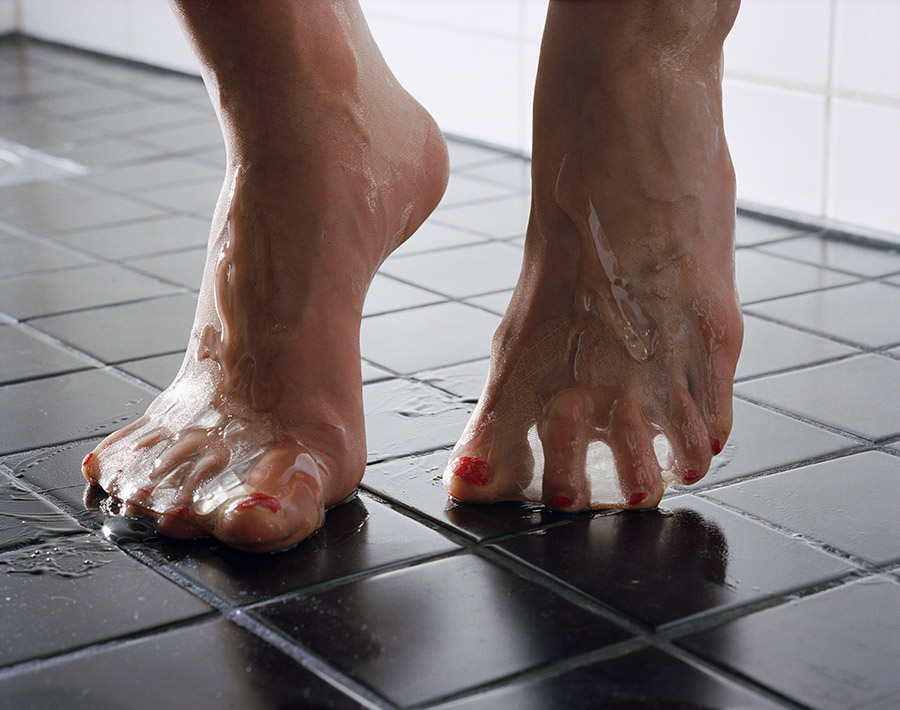 Relating to the motives in your images, you have the ability of elevating the banality of everyday objects. Are you concerned with exploring the formal and aesthetic interest in these motives more than the metaphorical point of view?

I am very open to symbols and metaphors. It is nice if the photograph can work on different levels. I am interested in the here-and-now; the tactility of a wordless encounter, when surfaces and substances come together, but it is important for me not to create something random. I am not interested in randomness, I am interested in constellations with a link to the human psyche. Hopefully because of this, the images will stay with the viewer a little longer than just being registered as surrealist compositions. Lately, there has been a lot of focus on photography-as-object. It has been very difficult to create and show interesting photographic images in the art world, but I see myself as an image-maker more than an explorer of a process or a medium.

You are very much in charge of constructing the images on every level..
Well, I mean, there is certainly some juxtapositions that happen, there is always space for chance. But like I said, I don’t want them to come across as random, because randomness is part of this fragmentation that has been expressed a lot in the online postmodern culture, which I am not interested in pushing any further. I try to collect and bring loose threads together in a new unity, rather than celebrating the fragmentation of it all.

What makes you place those different objects together? Is this something you have thought about for a while and then you end up constructing the image? Or do you play around with the objects to see how they then fit together in front of the lens?
It is a combination of both. I can look at objects for years and not know how to deal with or photograph them. Other times it is very instant. For example, the piece in the show called Avocado, I just saw this object, a ceramic avocado in a hardware store, I guess it is used for guacamole. I went directly home, set up my camera and photographed it straight after buying it. Other times I can be traveling with an object for a long time before making a photograph of it. 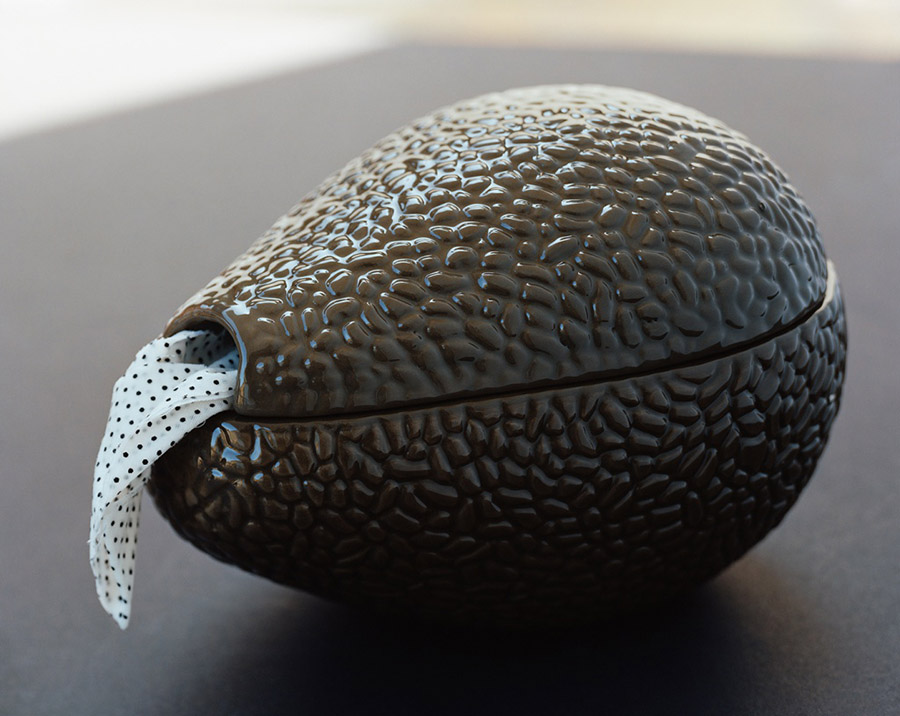 If I knew 100% what the photograph was about, then I would not
possibly be so keen on showing it, or even making it.

Then the objects just come naturally together for you?
Yeah, I will make different combinations. I am never sure what is going to work the best, it’s the same process with casting. I can cast someone very fast and know immediately what the image could look like, other times I can look at a person for a very long time before knowing which role he or she should play.

There is a certain tension between the characters and the objects in your images, how different do you then work with a person than with an object?
There is a similar process. I am looking for an in-between state between subject and object. I think the objects are treated a little bit like persons, and the people a little bit more like objects. But of course there is more peace around a pure object session as I have time to just move things around and really spend time with them; to move a tooth for example a few cm to the left. When I work with people, I expose more film and make the choices later on. That just comes from working with a moving world compared to a non moving world.

You are combining things that don’t necessarily make sense together, but you create a function that makes sense. There is a very strong narrative in each individual image, is it important that your narrative comes across? Or do you want the audience to create their own?
I like to look at tarot cards as a nice model for images. Each card has their own symbolic meaning but the meaning is very open, depending on who is reading and who the reading is for, and also which cards are placed left and right. It has this openness to each individual’s issues, history, and, in my case, also popular photography memories. If I knew 100% what the photograph was about, then I would not possibly be so keen on showing it, or even making it. I am interested in things that have more layers, that can go in different direction, both ways. Therefore, different people can have different readings of the finished image.

You certainly keep the curiosity with you after the finalisation of the images, if it is for a wall in an exhibition space or for an edit in a book.
Exactly. If someone looks at my image and asks me what it is supposed to mean, then I reply ‘Yes, what is this supposed to mean?’. I created the images because I am interested in their stories. I hope everyone can figure something out and find meaning in some of the photographs.

Do you ever re-visit some of your objects?
I have never re-visited objects that I have photographed. I am trying to do the ultimate version of the motif, to the point where I lose interest in the object. But I can re-visit certain pieces of clothing for instance, because they are not as loaded; sometimes I like to repeat wardrobe details. This also becomes a way for the show to come together, that there is a repetition of certain visual elements, a striped shirt or something. 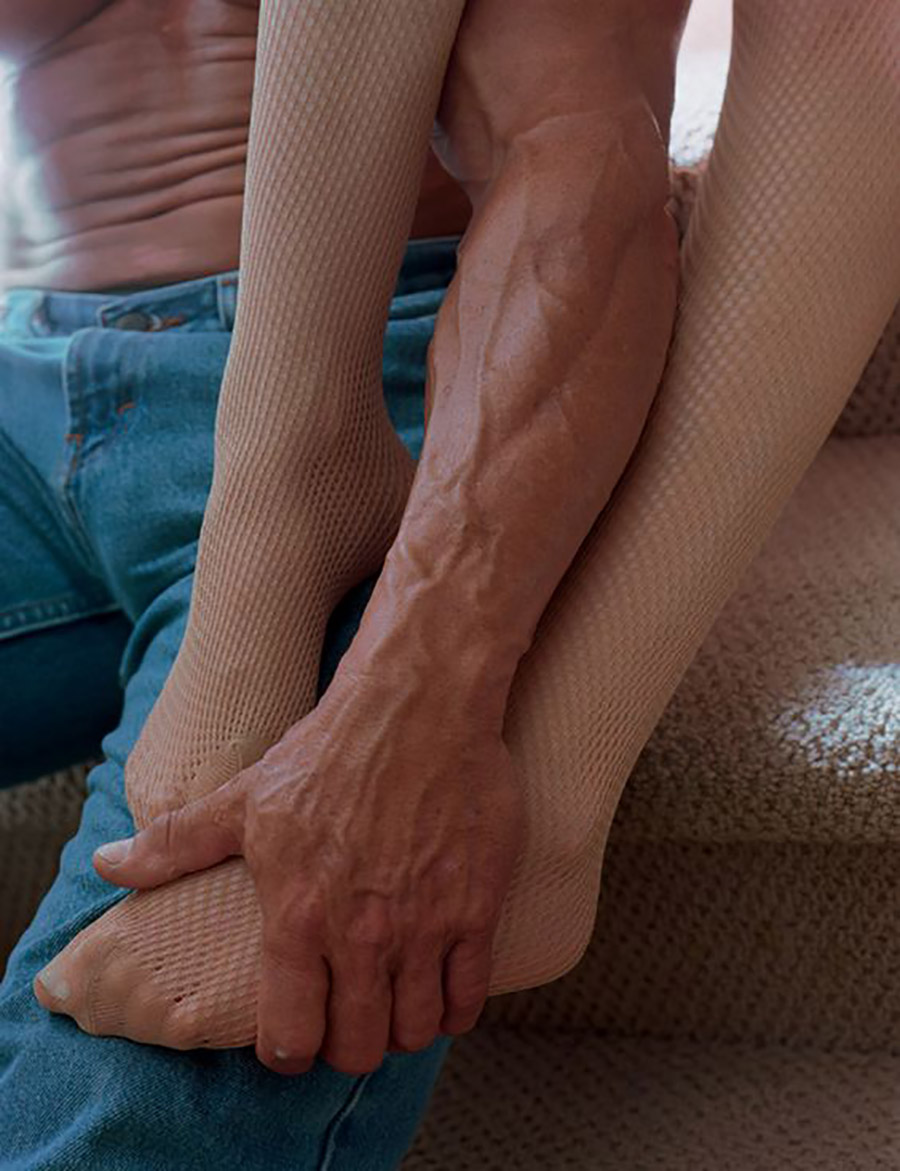 The body of work we see in the show is from the last two decades. Did you know that this had to belong together one day as a series of images next to each other in an exhibition?
This exhibition was the result of a collaboration with the curator Amira Gad so it isn’t a show I put together; most of my shows I am more in control of the whole selection. For this exhibition we surely had a wider material to choose from, and I was also open to see the institution take active part in the selection. Hanging is also a back and forth process, where I try to find meaningful juxtapositions between images. Here we brought in more photographs than what the space allows, so we had to take some out.

The gallery show in Copenhagen right now focuses on two distinct series that are brought together, so that’s easier to relate to. The Touch That Made You has so many different images from different time periods, so it’s harder to unpack in a short period of time. These shows feel very different. I like having different shows up at the same time.

So you are also part of the editing process for the show?
Yes, everything is editing in a way – what objects and people to work with, which juxtapositions and moments to put on film, and then what is the best image from the session. And now it’s about editing the show, where something should be placed, and what should go next to it.

Do you see this body of work in the show as a finished series of images now that they’ve been on display? Or is this a continuation of what is to come?
The way the final selection was made to fit this space is a finished product, but the work will continue and will be seen in other exhibitions or other venues. It will then be a different show with different narratives. I may have to remove more work for the next version and focus it in another way. It is not a fixed unit that can be toured. A different space will give the work new life.

Could you please explain the title, The Touch That Made You?
A touch can be life changing, either you wanted it or not. This ambiguity is also in the show, some depicted situations are potentially violent, but they could also be harmonious. There has been a lot of focus on photography as language, as a process and as codes. But photography is also very close to perception, you can argue that it evades language. My images also address your paranoid body. You cannot depend on your analytical mind alone. I make work that you have to feel your way through. 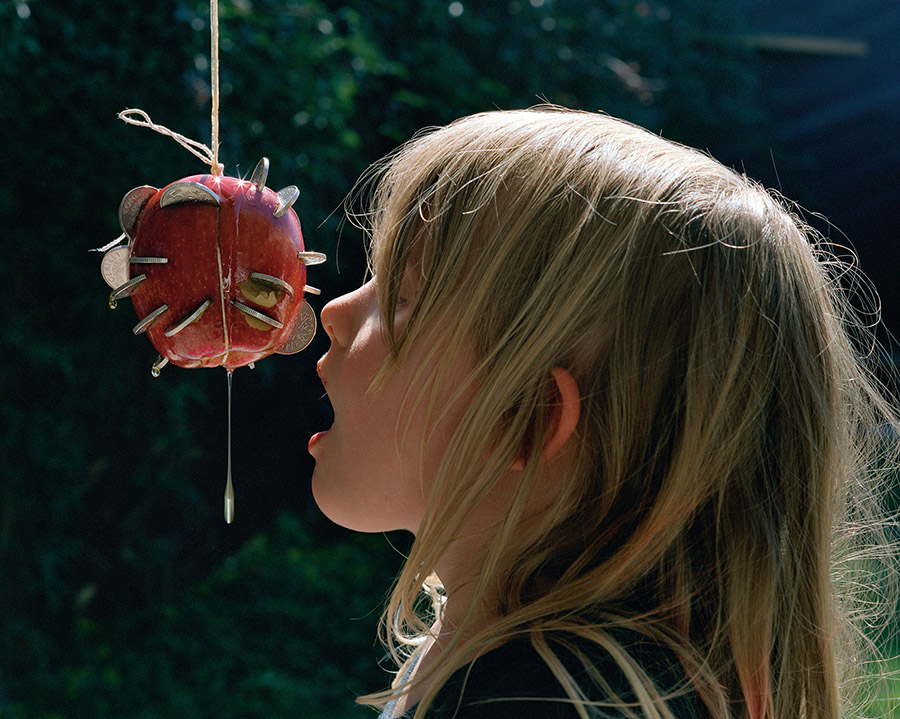 The Touch That Made You, Serpentine Sackler Gallery, London (29 September – 19 November 2017)