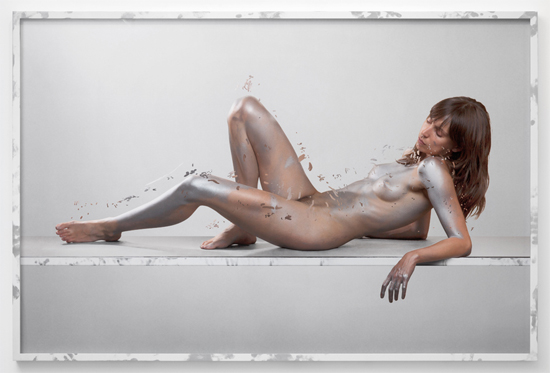 There has been a growing trend for photographic artists to treat the studio as a space of radical possibility. Of course, this is not entirely without precedent, but there is a widely recognised sense that the prevalence of such work indicates a deeper shift in how we think about photography itself. At the same time, it does a disservice to the worth of an individual artist to say that their approach is the product of some trend. So, even if the work of Joshua Citarella might be thought of in relation to that move toward a self-reflexive, studio-based practice, it is also a set of propositions and concerns expressed using a vocabulary that is all his own. Citarella’s response to this supposedly new state of the medium has not been entirely predicated on a sculptural approach, which has most often been the default means of considering these same issues.

The densely arranged space and persistent references to the means of visual production are all part of an intensely considered exploration into the conceptual boundaries of photography. He makes astute use of several familiar conventions, especially to do with the role of the body in art, as well as the conflation of functional and commercial vocabularies, to address the conditions that must underlie any particular use of photography. Indeed, if the anxiety that surrounds the ‘dematerialised’ photograph has turned many artists back to a formalist restatement of its potential coherence, Citarella seems determined to push on to its breaking point and beyond, almost to a kind of anti-photography. The still life is, here, the play of dissonant relationships, a sort of collage in real space – or, rather, the dimensional space within the picture, because it is, in part, a synthetic reality, held together by the frame. Its ‘reality’ is a telling artifact of the photographic process itself.

It is possible, then, to conclude that this fragmented, unstable space is a summation of the medium containing it: the ‘subject’ is not only what appears in the photograph, but also the ever-shifting condition of that which makes it visible. Citarella concerns himself with the potential of a medium at its limit, where expected consistencies become transformative encounters. His subjects do not operate as signs, as merely the trace of something, but are, in fact, complex material presences – however fugitive the rendering or seemingly partial the manner in which they are seen to exist. Indeed, this condition of relative incompleteness is central to their functioning, as no object exists wholly for itself – and certainly no photographic subject can be understood in this way.

So, in that sense, Citarella’s work is actually not the product of a spurious dualism, where the virtual image, with all of its various lacunae, is opposed to the straight-forward reality that preceded it. Instead, the photograph is seen as being co-extensive with that real space, in so far as it can faithfully recreate the inconsistencies and outright failures that have come to define the visual. A human body often functions as an index for the gap that exists between what is generally perceived as being whole and what little can be known of it based on that faulty understanding. The ways in which we conceptualise such knowledge might otherwise depend on the use of photography as a transfer of information with minimal attenuation, but for Citarella what matters is the ‘shape’ of the medium itself and how this determines our reading of an image.  Here, those coded structures are explicitly visible, if perhaps not always comprehensible. 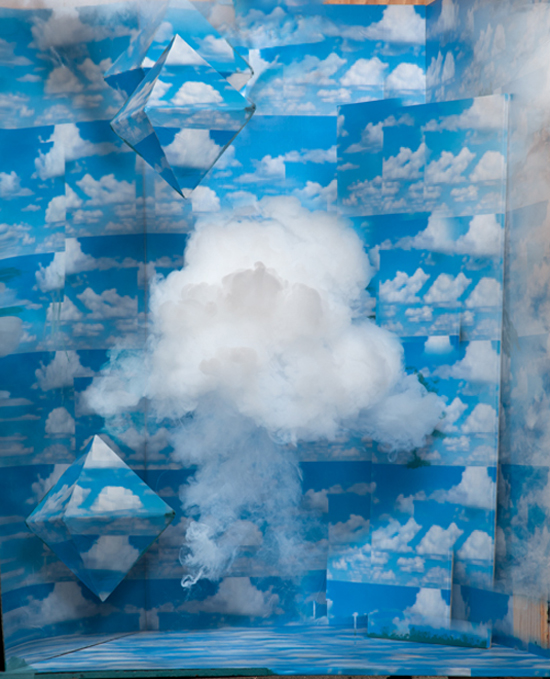 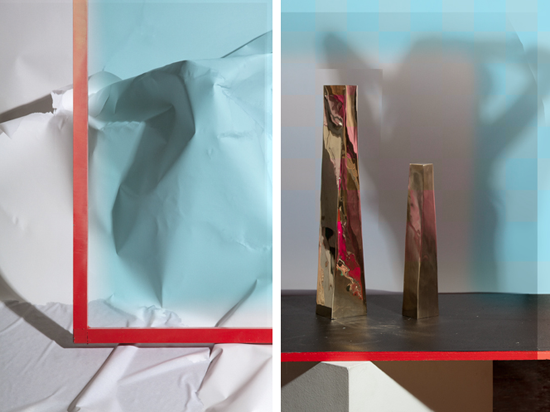 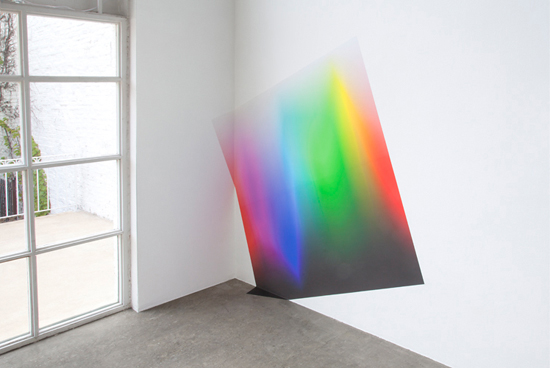 Intersecting Values of Hue and Brightness 2012 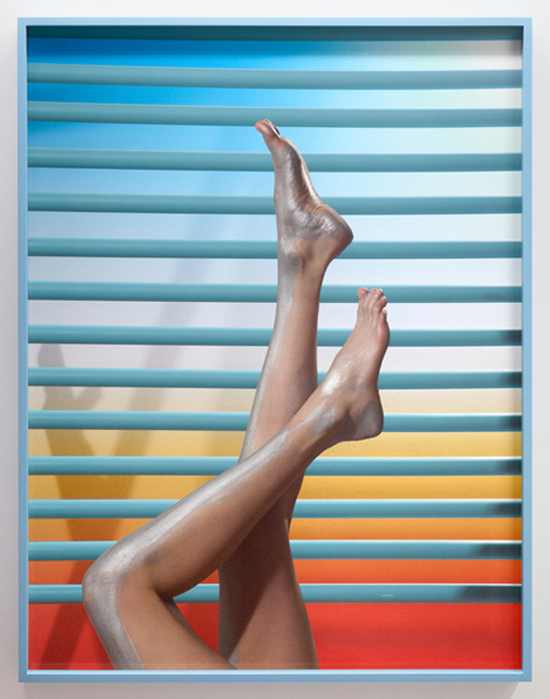 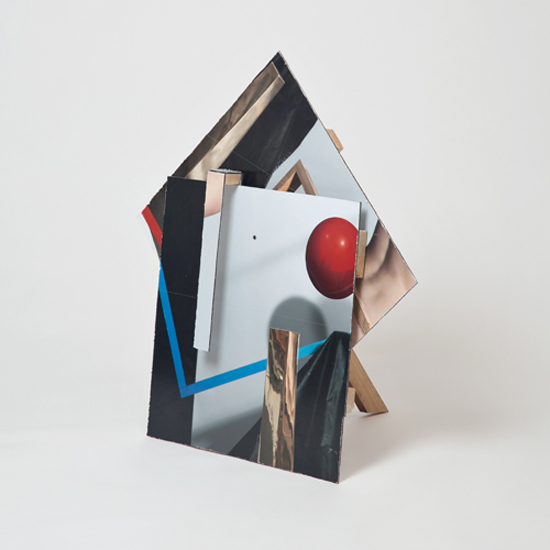 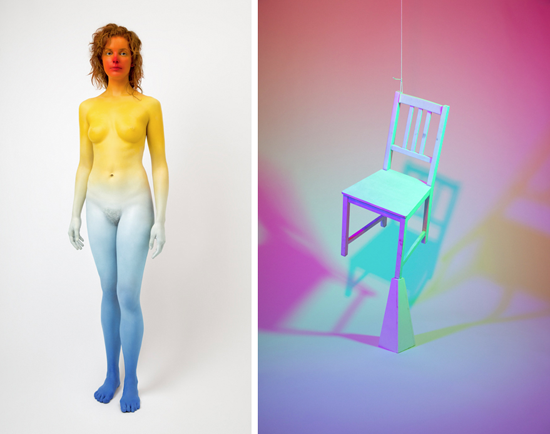 left: The Body, Color Coded in Kelvin Temperature According to Frequency of Depiction in the MoMA’s Collection of Fine Art Photography 2011, right: White Balance 2011 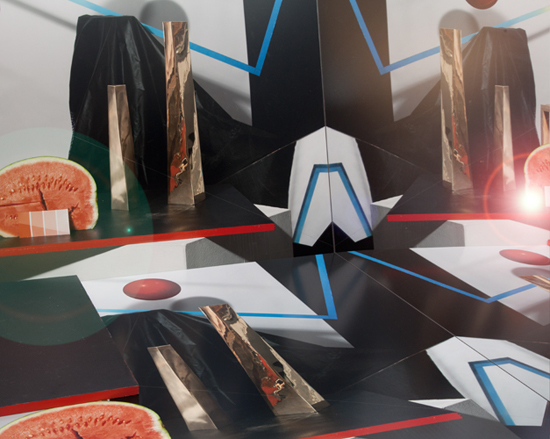