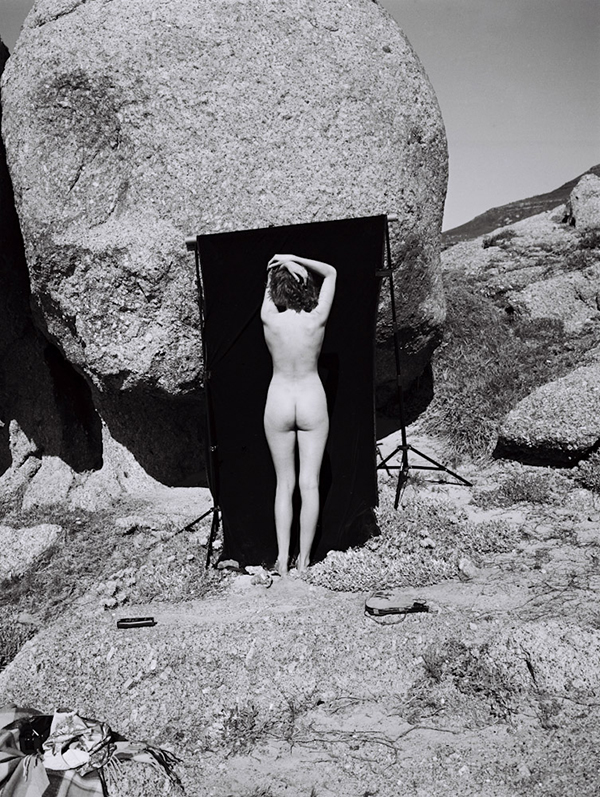 When you love someone entirely, so too do you love their dimensions: the possibility of their multitudes and the inevitability of their shortcomings. At best their character challenges yours. They may not be ‘finished’, they certainly are not flawless, and ‘perfect’ in this context holds no water. What is certain, however, is that you love them under the sun, in the ocean, in the darkness of a movie theatre, at the breakfast table with dirty fingernails, as the subject of a million and a half kinds of love ballads, or in a painting you attempted a hundred times in a hundred different ways. In frame after frame, it goes on, the reaches of your affection. Artist Nico Krijno has found his theme: she is Mignonne, and she is as timeless as any Charis, Lee, Georgia, or Eleanor ever was.

Krijno, a well-known photographer from South Africa whose images of crinkly sheets of gold foil, melted SLRs, floating fruit, and other sculptural still-lifes are widely recognised – and deservedly so – has been collaborating with Mignonne from the day they met seven years ago, but it would be naïve to think of her as solely the ‘sitter’. In looking at their archive of Mignographs, as we must call them, her voice is as clear as that of Nico’s. This balance of power is due not only to their partnership but to the sense of self she brings to each image. Mignonne is not ‘had’ in any of these images, in the usual ways images by men – both historical and contemporary – have placed the female. To be the subject only would produce a different kind of photograph, not one of the pieces crafted by Nico and Mignonne so far in their partnership. Her gaze and radiance remains, regardless of scene, and there is an inherent respect to their particular photographic process. This is not a shoot: it is an accord. Their agreement is one that broadly seeks to celebrate the other and posits them as the best kind of co-conspirators: those in the business of securing their legacy via works of art. Without this kind of mutual respect, there is no muse – there is just you, bereft, spread-eagled on Terry Richardson’s couch.

Images of the female nude have always run the gamut; Nico and Mignonne’s are rife with power. In posture and expression, in a bathtub or under cloth, Mignonne is at home in her own body. Her parts are not parsed out for the taking – she is whole. She is not an arm on which to hang an expensive purse nor a pair of legs on which to stick ‘red-bottomed’ whatevers. She is neither an expression of Nico nor a validation of him, but rather her own, beautiful woman, replete with, in Nico’s words, ‘all the deep, dark, sweet, mysterious ups and downs’ a person can possess.

We find ourselves, for better or worse, in a climate where image is king. What this means is that there is more shit for us to wade through, only not that there is any more great work than before. Those for whom the history of the image is of no interest find themselves repeating old and new tropes alike. Paying one’s photographic dues of ‘homage’ makes no difference if the voice is not your own.

Nico’s images of Mignonne recall a young Charis Weston leaning against a rock at Lake Ediza in 1937, they recall the broad, open face of Eleanor Callahan from above, arms and hands framing her face tightly, and they recall the profile of one Lee Miller by Man Ray, made time and again as if to signify the joy each time he took to photographing her anew. Take the image of Mignonne in the doorway, with a mess of hair anarchic over her face, her body emerging from the black behind her in a sort of unfixed turn of the shoulder. That photo does not age. Nico’s images of Mignonne recall the aforementioned in dignity and intent, they are historical nods, and then some. Although they can be placed within a certain contemporary framework in terms of colour, clothing, and style, the work straddles both sides of the present. This is a trait inherent to great works only, and the reasons for this – the particular face, a kind of light, an invisible but palpable chemistry – are perhaps as slippery and inexplicable as love itself.

It is a privilege, of course, to be given this glimpse of a woman we do not know outside of these images. However familiar her face might become to us over time, we acknowledge that the photographs shared with us are as true a construction as any other that photography could deliver, and that this glimpse is exactly that: just a fraction of the enormity of love that the two of them possess and have deemed fit to share. Any ‘truth’ here is not ours, but that which belongs to Nico and Mignonne, Nico and Mignonne only. The rest belongs to the canon, right next to Charis in the sand dunes or Georgia in her white robe, with her hands at her chest. We have seen that look before; it is the photographer’s eternal return. 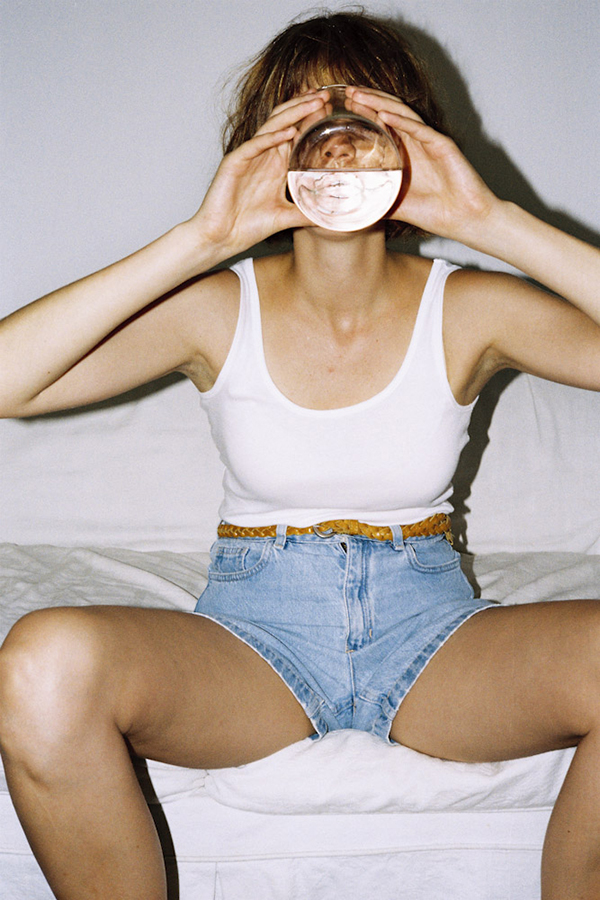 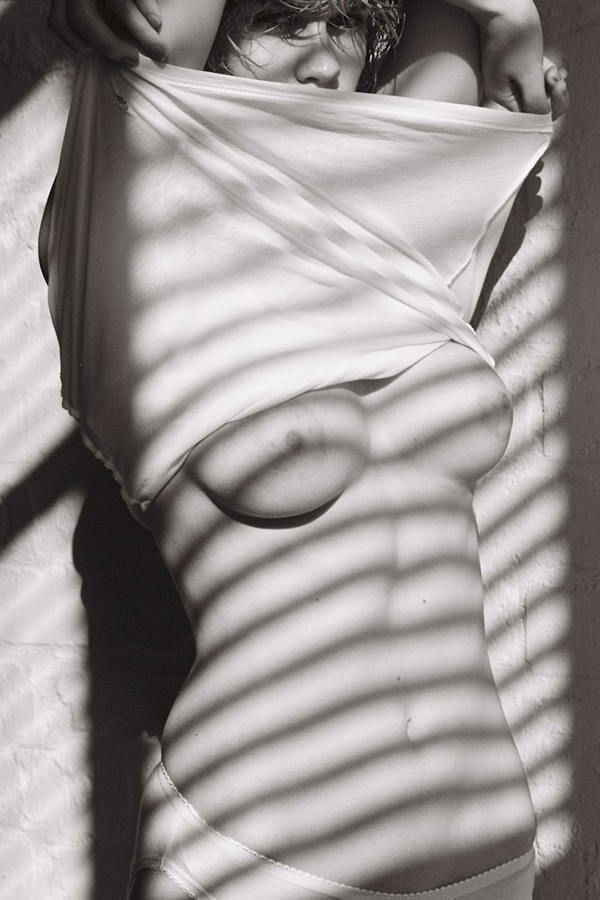 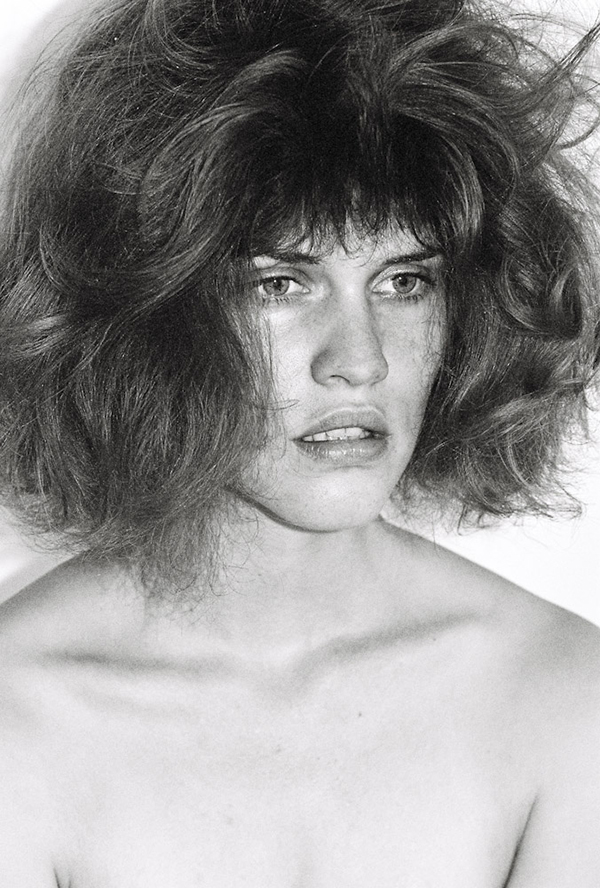 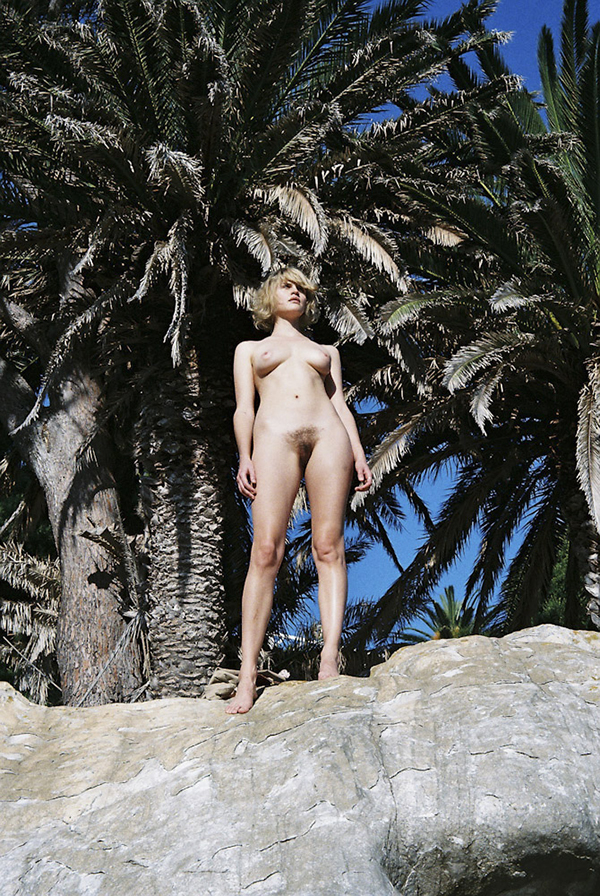 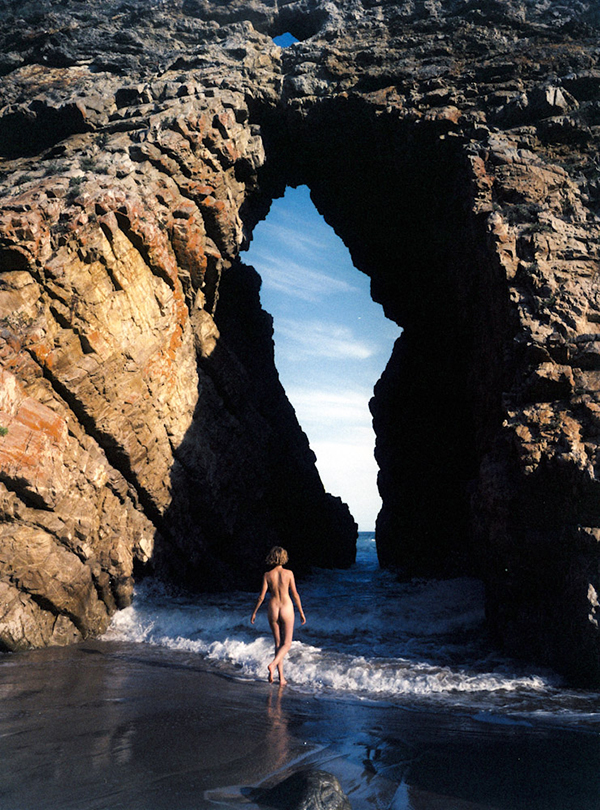 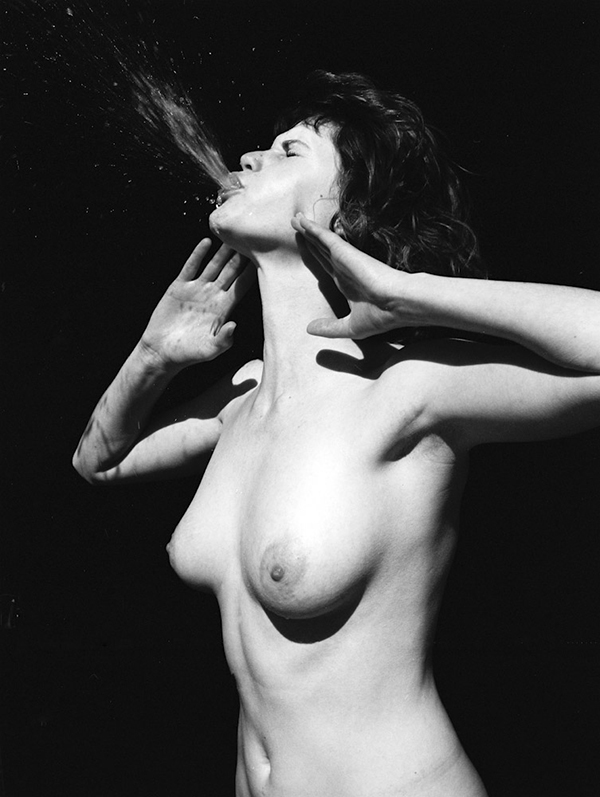 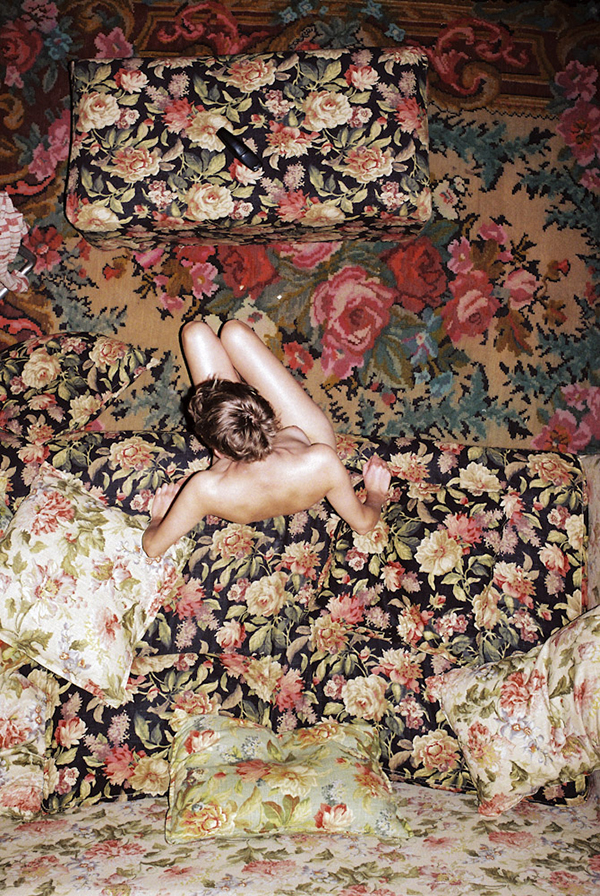 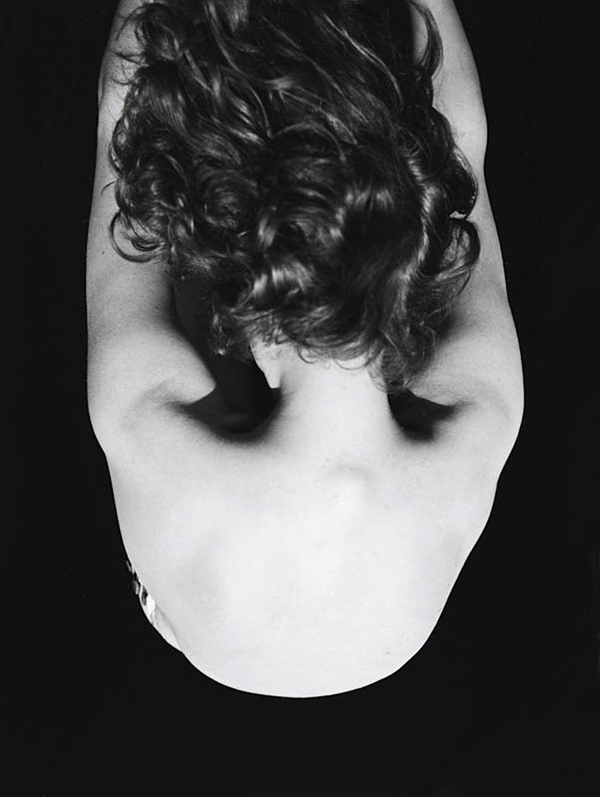 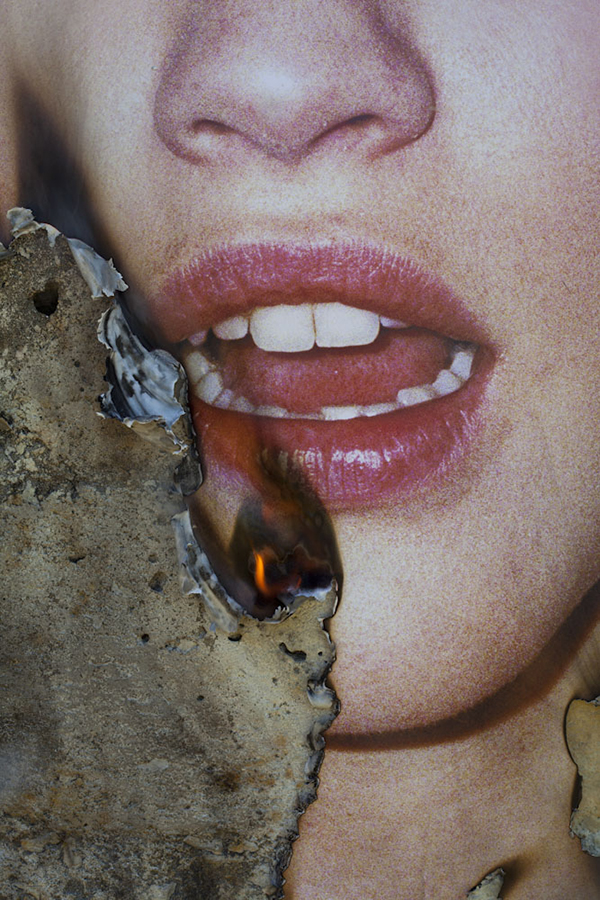 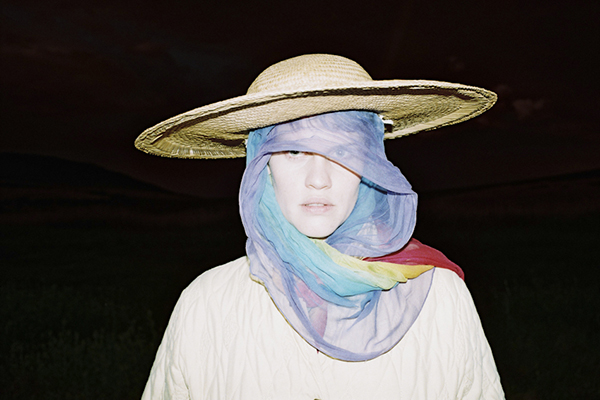 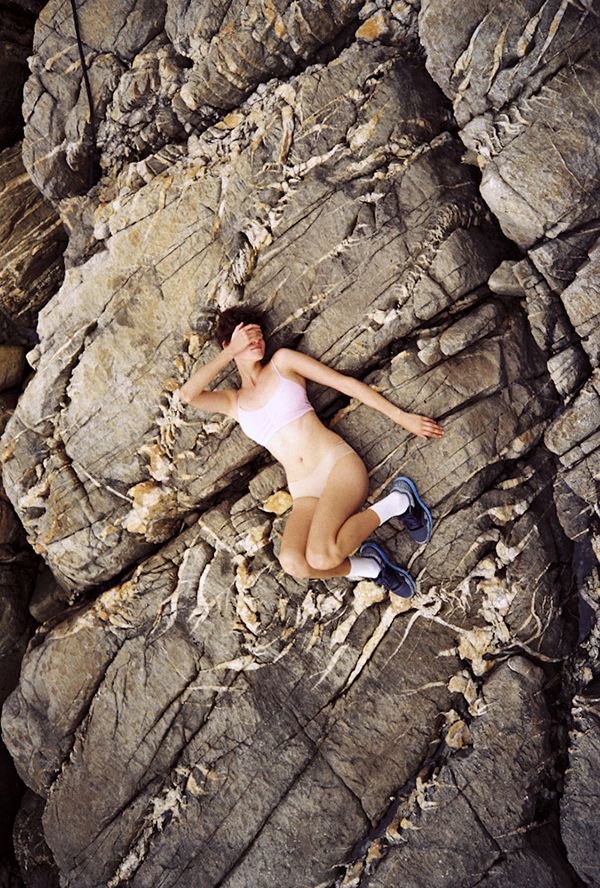 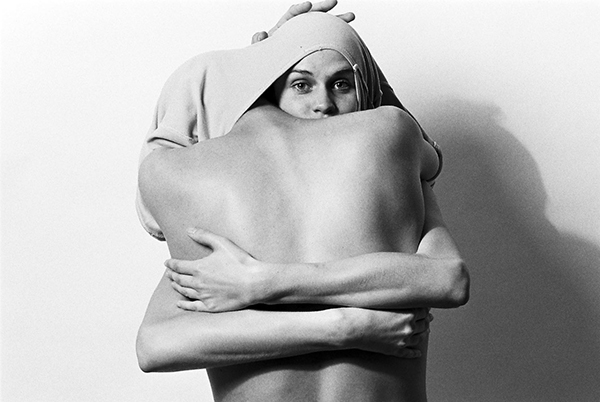 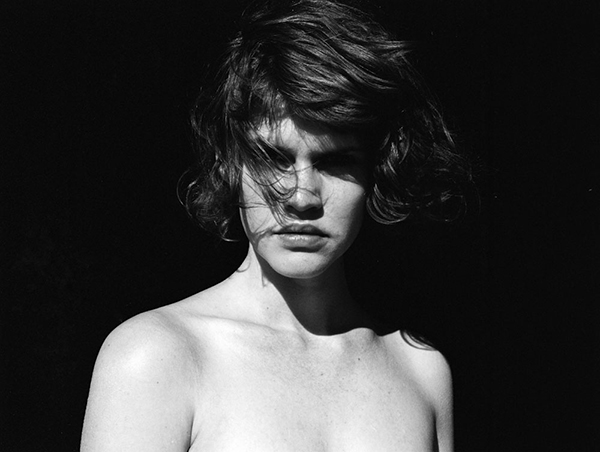 Nico and Mignonne are working on a publication together that should be out in 2014
Nico’s most recent publication, Smoke Room No. 1, can be found here