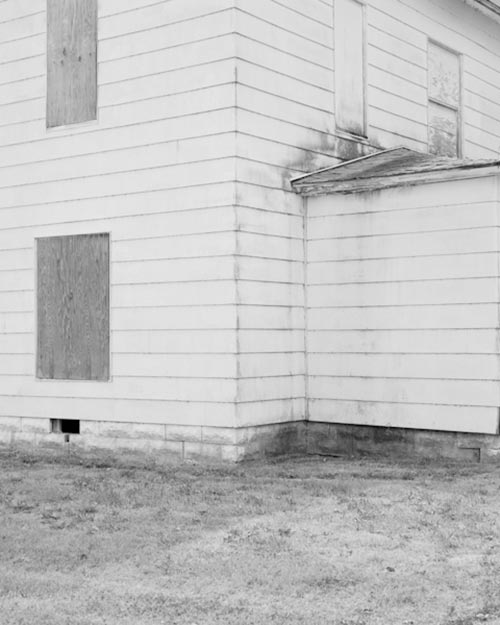 Echoes of the past and present form the series of photographs, showing everything in a state of natural post-production. The wooden panels develop mould, dirt and eventual decay. Mirroring dilapidation, the areas in question begin to feel like mere memories with no ability to outrun the past. The process of recording mirrors this intention, as the photographs become permanent reflections of passed moments. The series will harbour all the connotations of the moment, ready to open like a can of worms on each viewing. As a result of the subject matter a sense of nostalgia follows every picture and makes up the textures, as each image carries a seeping sensation that this has already happened and nothing of the future is to be seen; the physical tiredness of objects, people and the areas they associate with, as its life becomes worn and worn by the minute. Rough hands pick up logs to create the spark, the spark for effort and reward branding the series with an inherent sense of graft. Another layer covers everything Daniel Shea observes with the camera – a thick layer of dust. It is a time not allocated to cleanliness, as the job creates new tasks to complete, no respite, only more.

The photograph’s finest attribute is to discuss the already written, as archival moments resurface, combined with the area’s marks and scars. The scars carrying the connotations of the past, the worn walls like worn faces. An area once thriving becomes frivolous and useless for the previous inhabitants, instead the place takes on a sporadic life, used as and when it is stumbled upon. A new audience enjoys its company as they form the present – where the place now lays there. As marks of boredom carry a sense of waiting, a waiting for death and renewal in the form of rebuilding and decay.

Photographs, here, are used to present information in a seemingly documentary way but the narrative is aimless and ignores guidance. Segments are allocated to complete the larger picture as photographic distance sets apart the worlds, giving us a unique walk through an area dictated by the maker. We can begin to see Daniel’s walk through and personal starting points as the series is made to complete something for him, yet our own readings are notions of the worn. The worn hands, the gradual dismantling of our bodies as we continue living alongside the places we reside.

As the present looms and becomes an inescapable experience, the future is not considered here anymore. The space is drenched in its past leaving it dwelling in an uncomfortable shift from use to the useless. Its structure is still standing but does not need to stand for the reason set by the past, but for an accidental public, merely finding the space through chance. The small references to industry, reflects on the desperation of the clothes that are clung to the bodies of the standing, the working; the people working to survive as this place can form refuge and shelter. The tightened belt concludes a lived experience, suggesting a way of struggling through life instead of progressing. A wrestle with the past and the inevitable present is imbued in the pictures, and we can only ever see the place for what it once was and what it has now become. 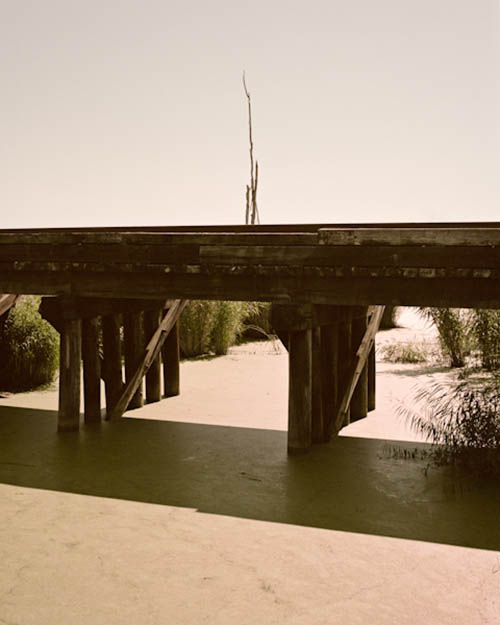 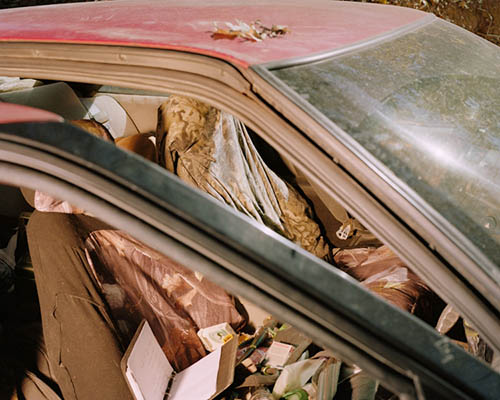 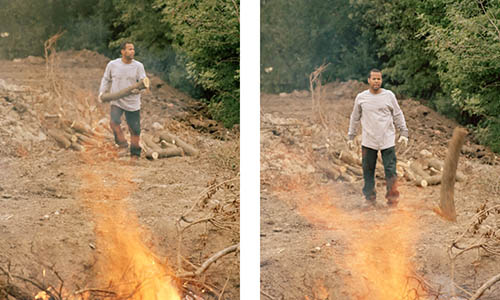 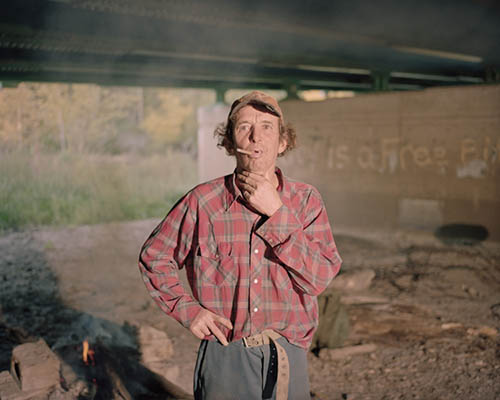 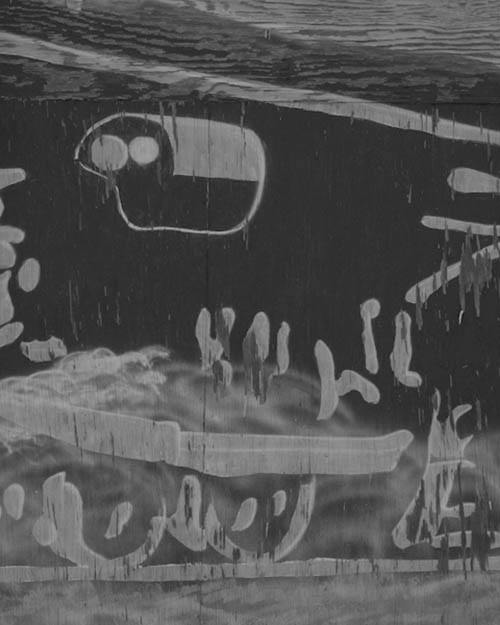 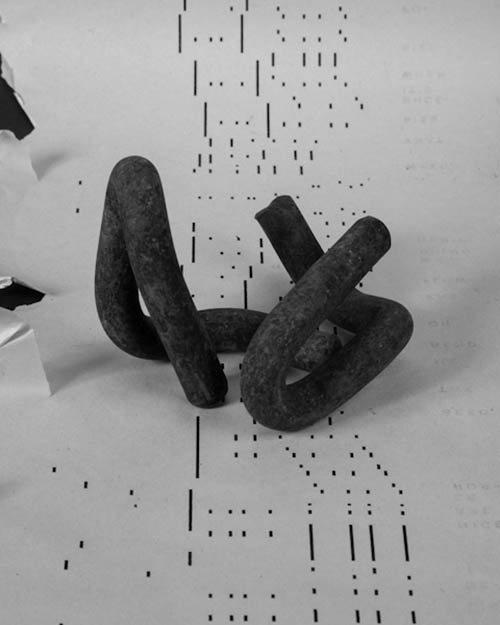 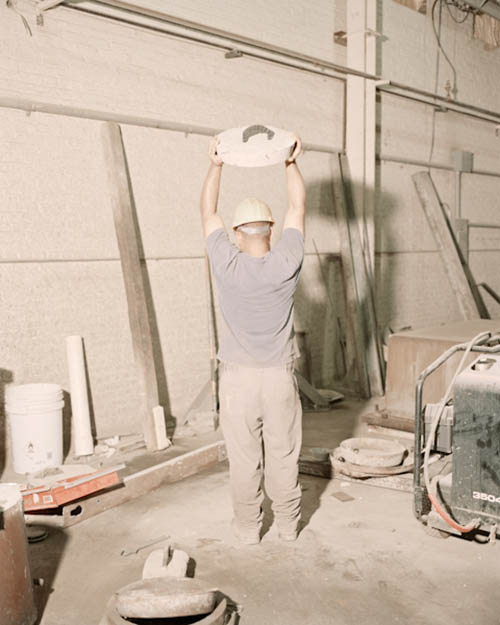 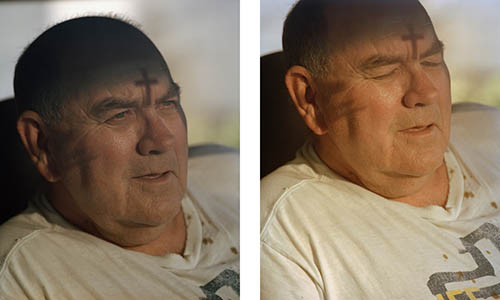 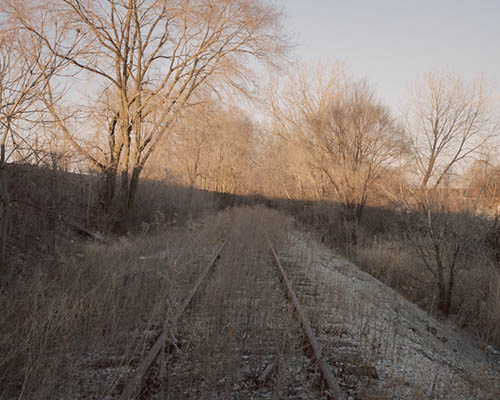 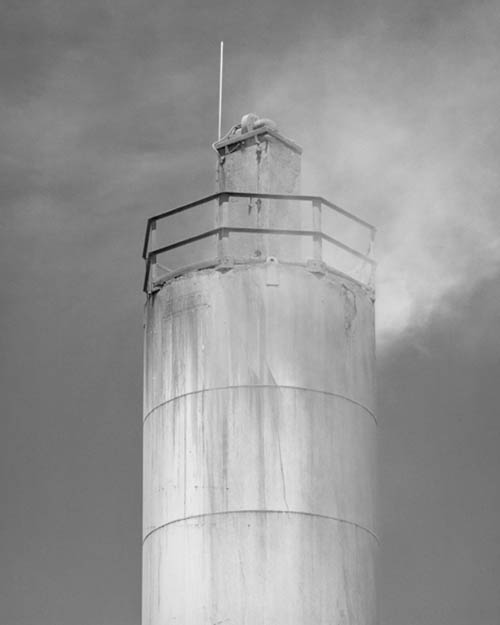 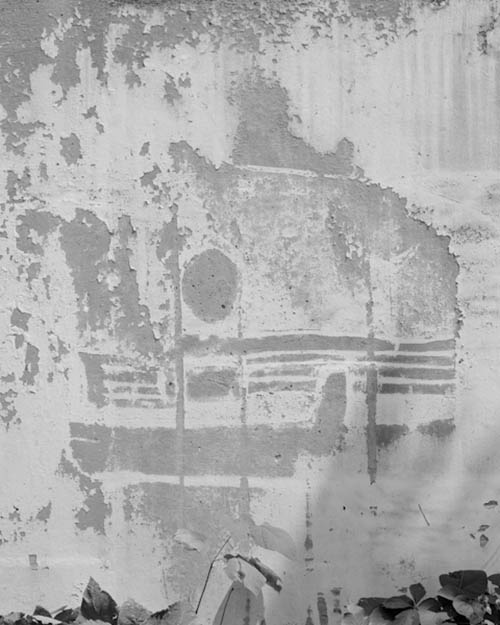 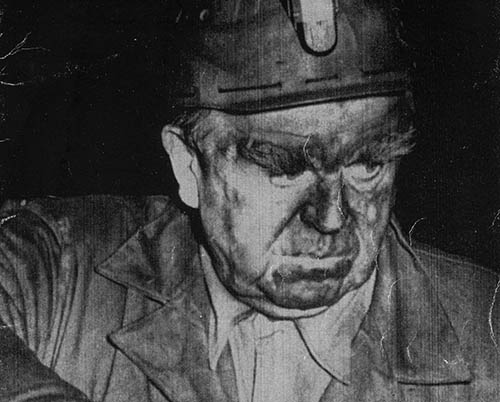