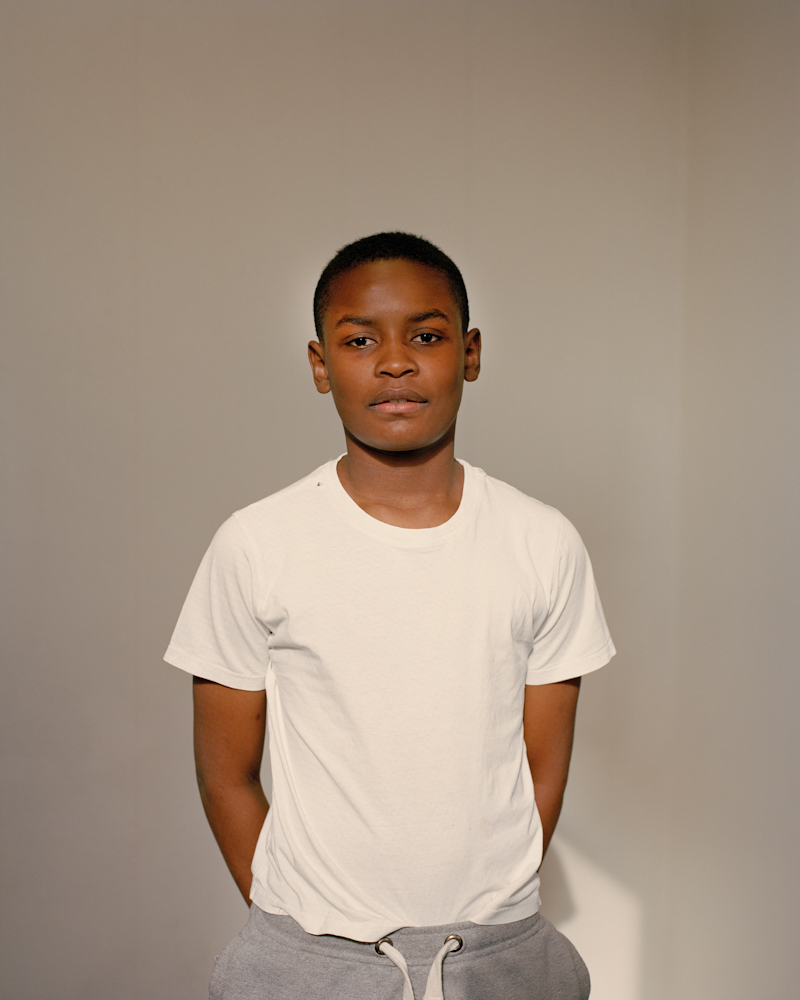 A lot of the work in ‘Andover & Six Acres’ surrounds living quarters, flats and corridors. Many of the people too, seem to be caught in transport spaces, when they enter or leave. Can you explain a little about the interactions you had with these people?

Initially when I began this project I was interested in exploring seven sisters road in North London however I found myself constantly drawn to the Andover & Six Acres Estates and eventually I began to focus solely on them. Both estates have very interesting architecture and rich cultural diversity, which is what attracted me to them in the first place. I’m interested in how the residents interact with their environment and the effect the architecture has on a person’s behaviour and mind-set so it was important to me to use the public spaces in the portraits to show the residents in their own surroundings. Most interactions with the residents occurred through brief encounters; I would spend time wandering the estates and exploring the paths, buildings and corridors. Sometimes I came across someone interesting and would approach them. Often I would be rejected due to a lack of trust stemming from negative experiences with the press in the past, ‘I don’t need any more trouble’ is the words that were often used.

The detailed photographs of the building exterior creates a description of location. At different times, the morning awakens and so do the people. What kind of feeling were you looking to achieve with the photographs and what was your aim when making the work?

To understand why photographs of the architecture are dominant in the series you have to understand the history of the estates, how they have been represented in the media and how they are perceived by the majority of the public. The Andover & Six Acres estates became infamous throughout the 80’s & 90’s as hotbeds for drugs, violence & prostitution and the stigma surrounding the estates is still evident today, a simple search online brings up a whole host of negative headlines to do with stabbings and shootings. My intention is to show the estates in an honest light, by focusing on the real people without glossing over the issues. Obviously there are crime issues on the estates but these problems are to do with basic human flaws and exist in major cities throughout the world and are not specific to Andover & Six Acres. It would be dishonest to present the project without making the viewer aware of these issues. I aim to bring a magical quality to the estates by constructing the images in a creative way and sometimes this means layering different parts of the environment to show how they interact with each other whereas in other images it is simply a matter of composition or using light in an interesting way. The aim of this approach is to draw the viewer in, causing them to analyse the image in detail and look at the estate differently.

When approaching portraits what was your process to set it up? Did you talk with them before and then bring up the idea to photograph them or did it start with the portrait?

It was a combination of different things. I think it’s important to gauge the situation and respond accordingly. With some people it’s more of a negotiation whereas with others they are naturally more comfortable with being photographed, this holds true of the conversations I had whilst interacting with the residents, some people opened up to me about their life on their own, others were more introverted and not much conversation was made, they just allowed me to photograph them and then they went on their way. In terms of my approach to the technical components, I’ve been looking at the elements that make up the estates, the repetition of bars, grids and CCTV throughout the urban environment give a feeling of being caged in and watched constantly, I’ve incorporated these elements in the portraits as well as the rest of the landscapes and still lives to create an on going stream that connects the images together. 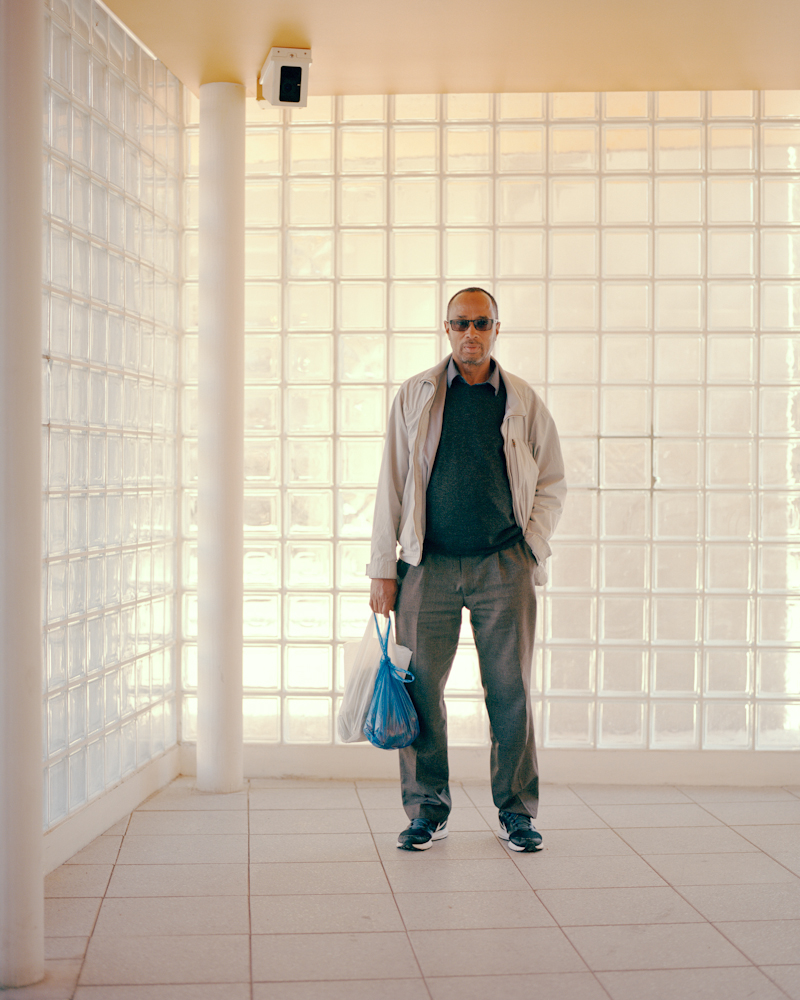 Regarding the portraits they seem at ease when being photographed, as if you know them or you are a resident yourself. How well do you know the people in the photographs?

In all of the portraits it was the first time meeting the person. I’m not a resident of the estates myself but I was born and grew up nearby so I can relate to how people in that part of London feel. For me it’s very important to establish trust with the person you’re photographing to get them to let their guard down so you can capture who they really are. I think my personal connection to the area comes across and this helps to make the person I’m photographing comfortable which in turn gives the impression that I know them well. 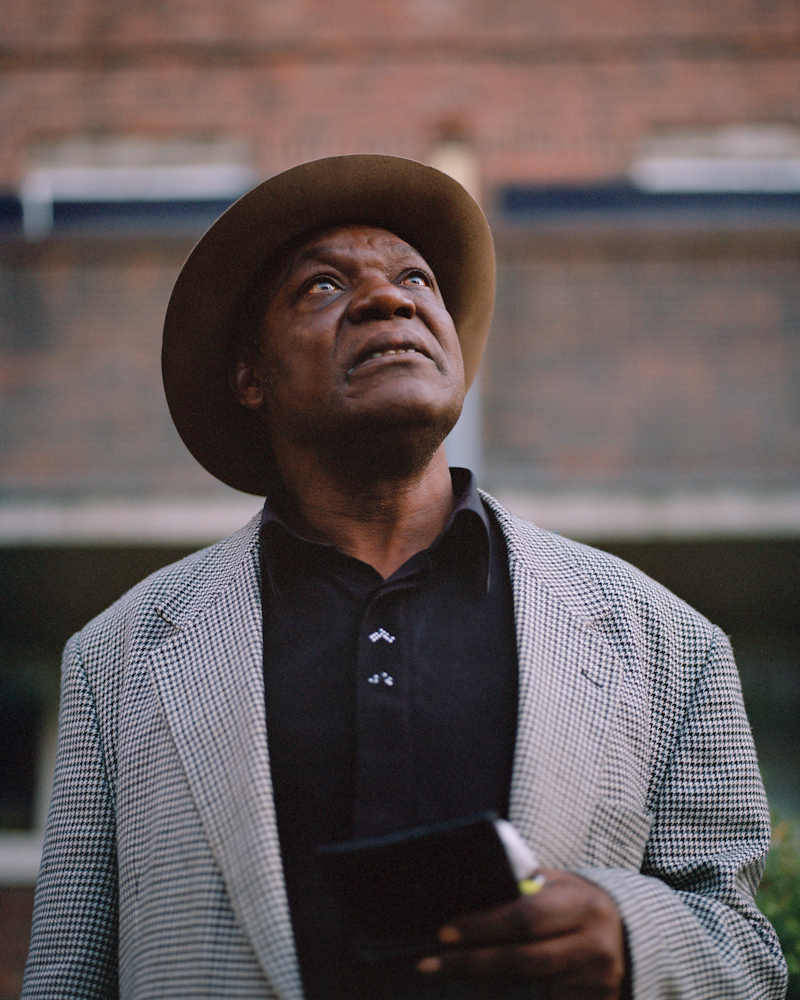 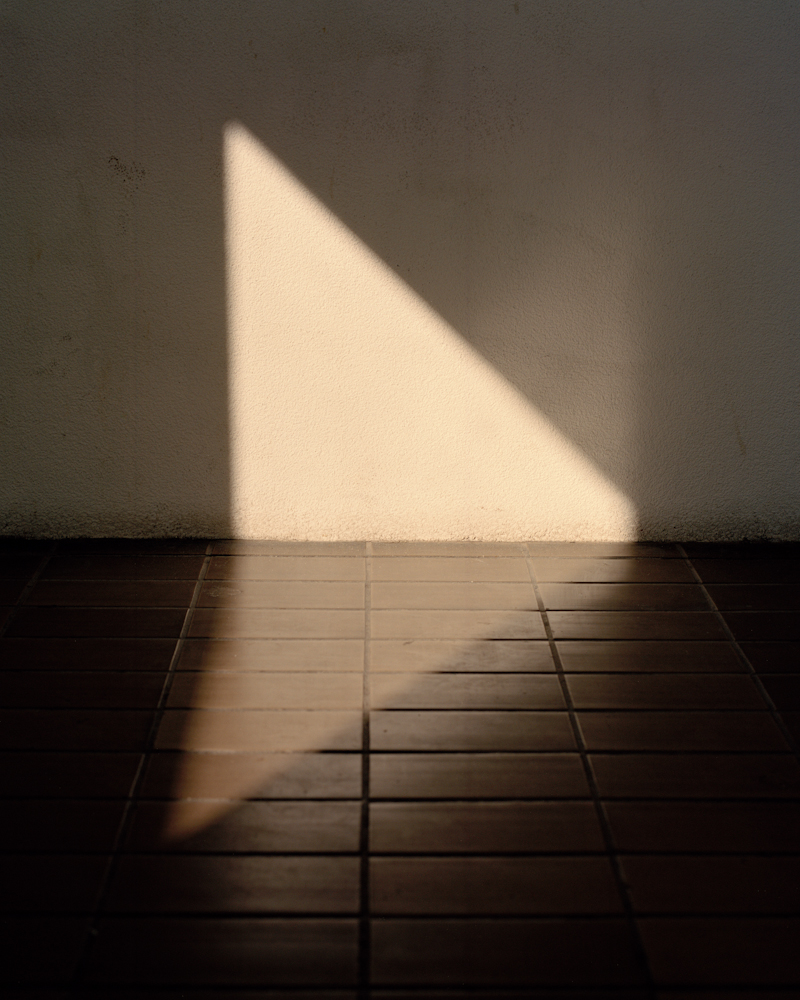 The diverse subjects you approach range from younger people to older residents, from several backgrounds, how did their stories or opinions on their surroundings vary from person to person? How do they feel about their home?

My conversations with them varied in detail, for most of the subjects I didn’t spend as much time talking to them as I wanted to which is one of the pitfalls of working in a public space and approaching strangers. Experiences of the area varied but most of the residents are just normal people trying to get on with their own lives. The one thing that links them all together is their humanity, they are all people with personal battles, perspectives and dreams.

You have photographed many of the subjects in morning light and have presented them in a comfortable and positive light. How did you feel about the work when it reached the editing process? How did you approach the representation of these people when presenting it to a wider audience?

The images were actually shot at a variety of times throughout the day with some being shot around dusk which provides a similar quality of light to early mornings. The project is ongoing and I shoot everything on film so I edit in batches as I work whilst trying to refine the direction that I’m heading in. Working in this way helps to keep the project honest and prevents me from misrepresenting the estates, which is paramount to me. 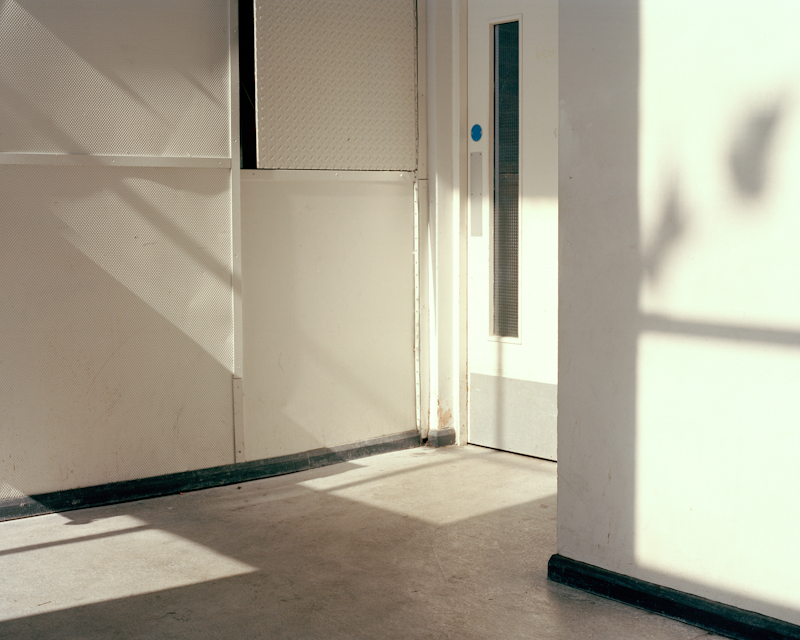 How long did you spend with the subjects when photographing them? I get the feeling that you knew them well and in fact it was a regular occurrence seeing each other in the hallways and windowsills.

I actually only spent a brief amount of time with most of them. The work is still in progress and I plan to continue it for the next year. The estates cover a large area and I want to spend time developing an honest opinion. It would be foolish to believe that its possible to represent the perspectives of the hundreds of people who reside there into one view of the estates as they will have had conflicting experiences. If we’re being truthful, photography is always a representation of the photographers viewpoint of the subject matter. What I’m trying to do is inform the project equally by combining aspects of my experiences with the people who reside there as well as the landscape of the estates.

What were your favourite stories from the people involved? I pick up that the work is very concerned with getting to know these people well and building relationships as opposed to gathering subjects for a series.

I met an old man as I was leaving Andover one evening, I was drawn to him because he was dressed in a stylish suit so I approached him and asked to take his portrait. He began to tell me his story as I photographed him, how he had moved from the Caribbean to London with his family as a child, that he was a ‘demon’ as a younger man and had done many bad things eventually landing him in Feltham (Young Offender’s Institution). He went on to tell me ‘The council made me section my girlfriend. I finally found a woman I really love and now they want to take her away from me’. I like the idea that photography is an exchange between the sitter and the photographer, this is a good example of that, he’s chosen to open up to what is essentially a stranger about his problems which in turn has probably helped him to feel a sense of relief by letting everything out, none of that would have occurred without photography. 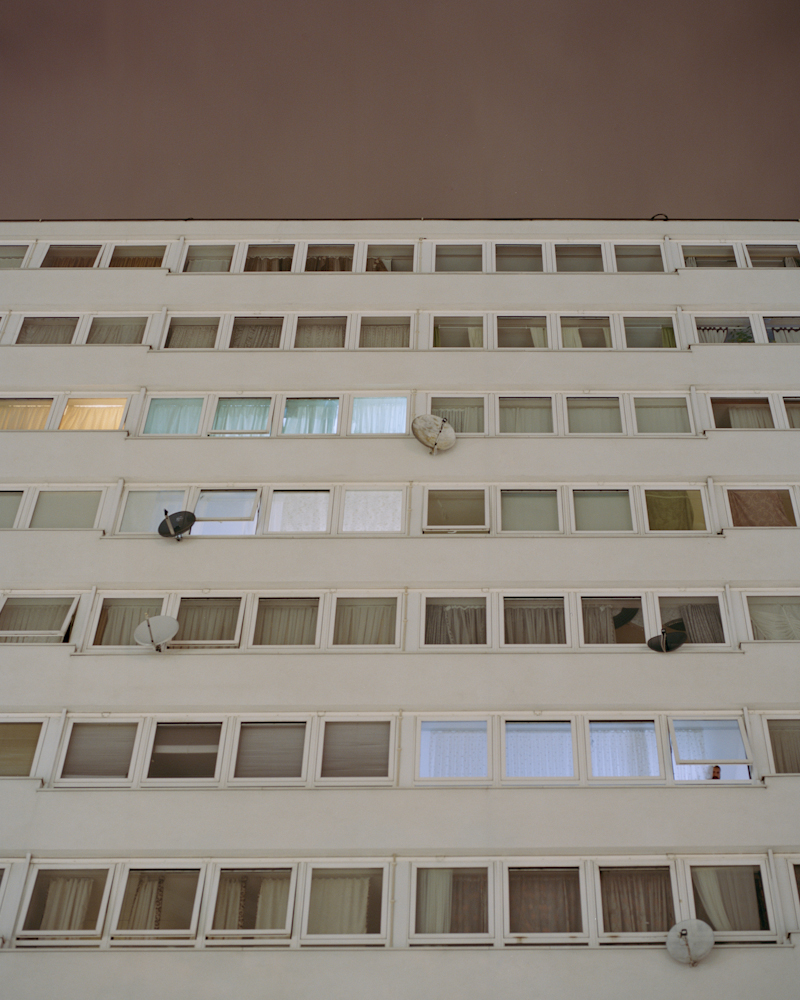 The work has an editorial style but takes on a kinder feeling when put into the context of the ‘personal project’. How do you feel your editorial work has influenced your personal practice? Do you see a direct correlation or are they completely separate?

It has an editorial style in the sense that a lot of the images exist in the portrait orientation, which falls in line with editorial photography however I would disagree that the actual content of the images are of an editorial nature. Parallels between commercial and personal practice definitely exist in my work and I would say are inevitable for most photographers. Even when you have a different aesthetic to the image there will normally be a consistent feeling to both commercial and personal work, I would say this comes from the photographers own personality and their perception of the world around them.

Your practice is concerned with people. Looking through the other series you have made I understand that you are focused on the people surrounding the places you visit as a primary focus. Has this been a trend in your approach to photographing a subject, location or topics?

To understand people you have to understand their surroundings, humans are influenced by both genetic predisposition as well as experiences dictated by the environment in which they occupy. In my work I have consistently shown the person and the place, this stems from a belief that the space that is inhabited is just as important as the individuals themselves. To represent just the people without showing their surroundings is to provide an incomplete picture. 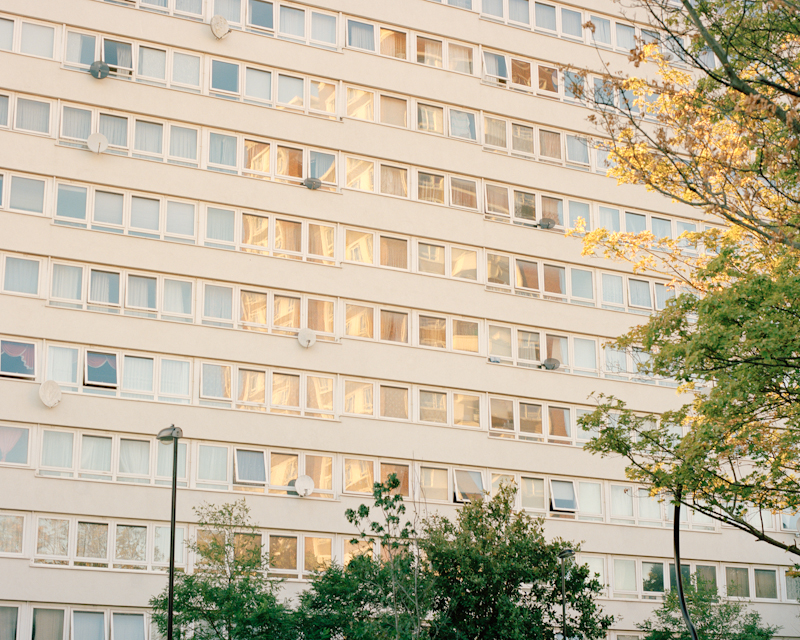 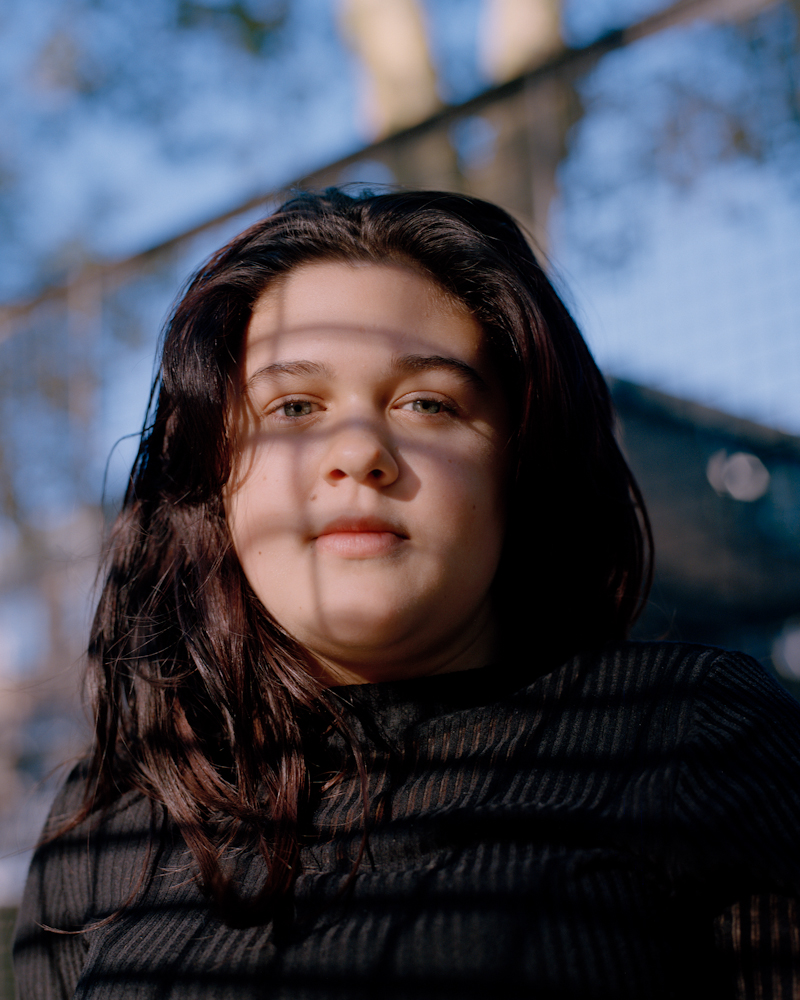 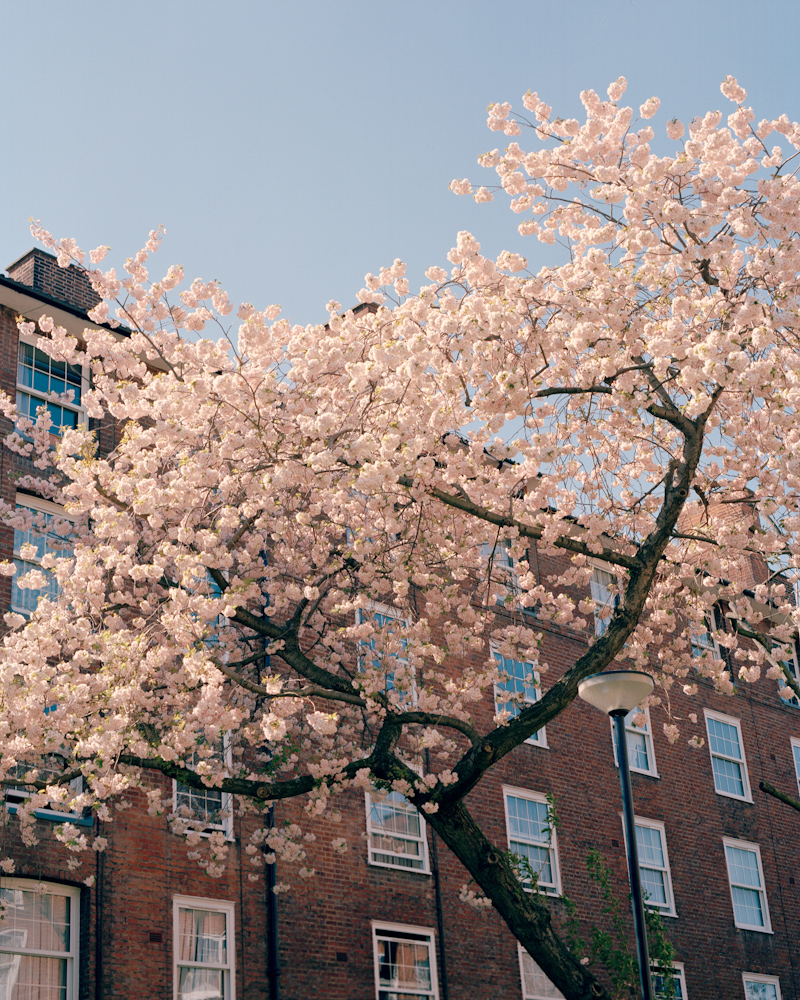 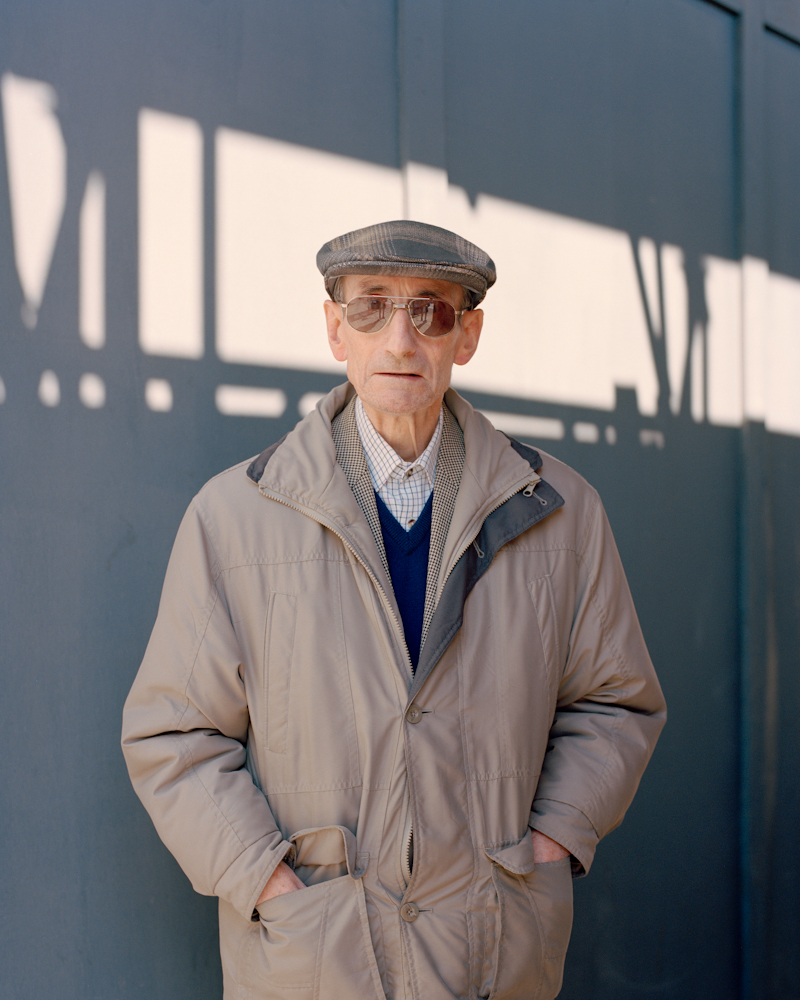 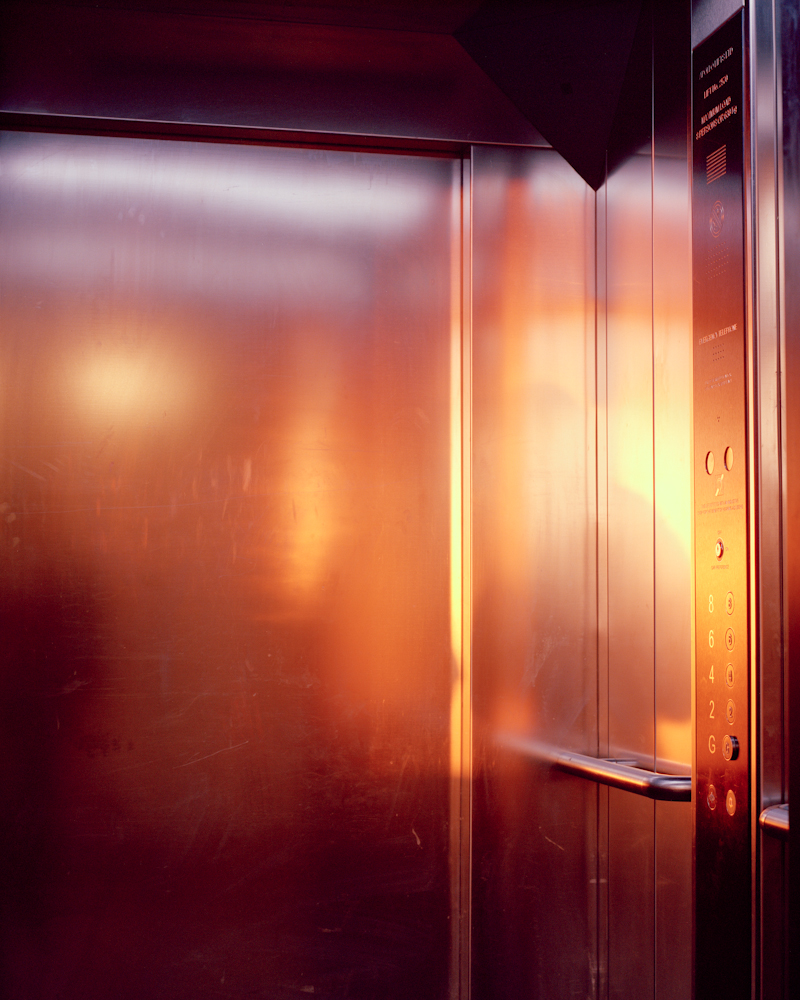 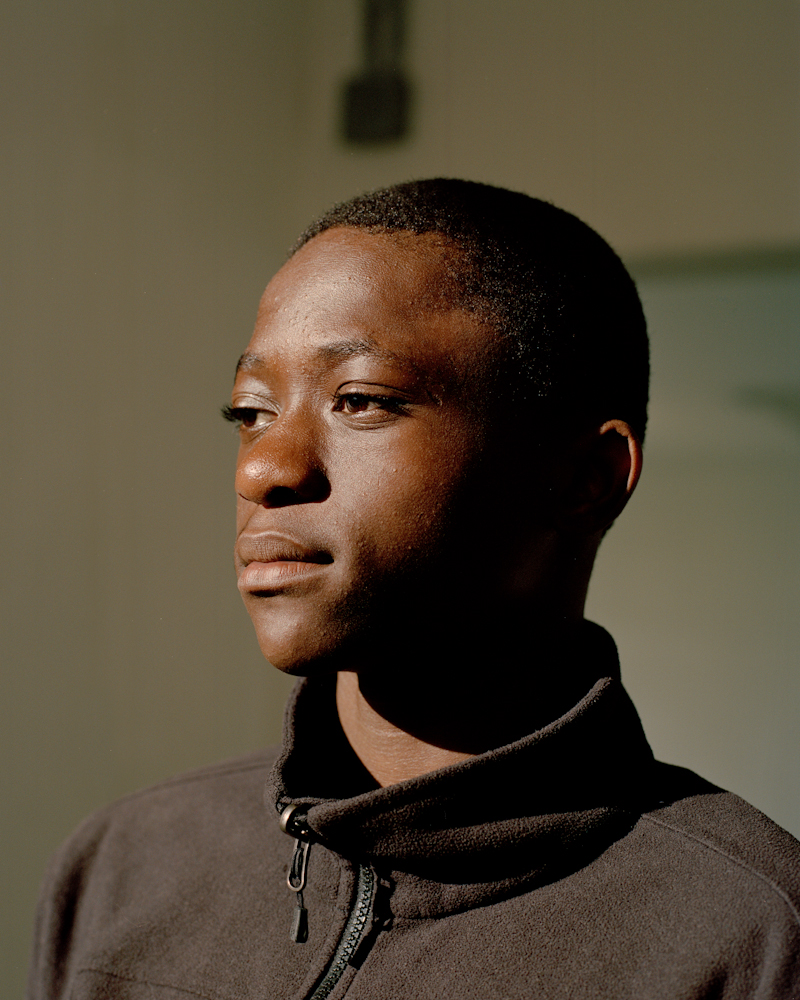 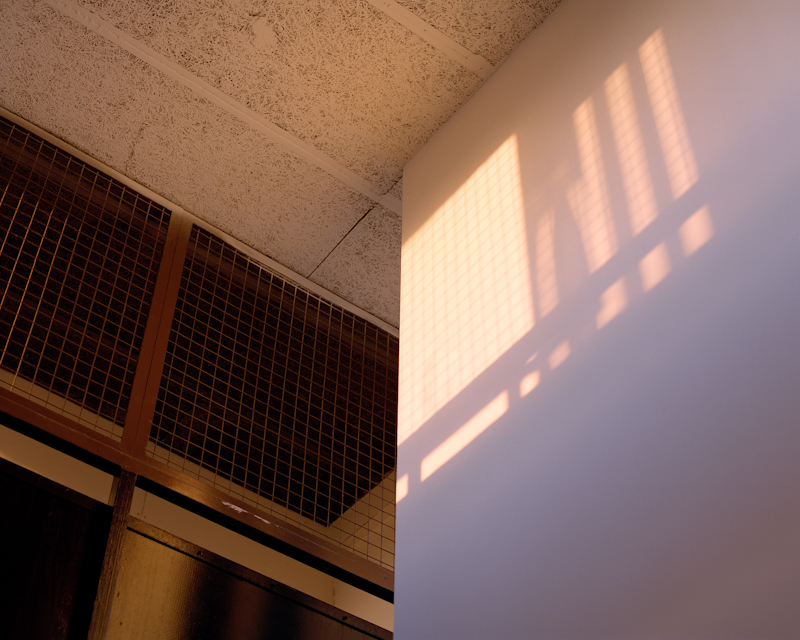