James Pearson-Howes is a London based freelance photographer, who whilst studying a BA (hons) in Photography at the London College of Communication, developed a strong reportage style of portraiture. His current project, British Folk, looks at obscure folk traditions still practiced throughout the UK and takes the form of a limited edition trilogy of books, stocked at bookshops and outlets worldwide including Dover Street Market, Motto Berlin and Dashwood Books, New York.

Other personal projects that focus on communities and multicultural society within the UK include The King is Dead, Long Live the King, which focuses on the gentrification of Kingsland Road in East london and Top Deck, a joint project of images collated over the course of two years shot entirely from the top deck of  East London buses, giving a new perspective on the monotony of the everyday commute, with the work resulting in an exhibition at Mother ad agency.

James’ editorial work includes commissions by Vice, i-D, Dazed and Confused and The Independent, as well as regularly appearing in Inventory Magazine, Red Bulletin, PIG and Nylon. He has shot the last two seasons of world wide advertisements, both film and stills, for Dr. Martens. Having recently signed with agency Together Associates, we caught up with James in his studio in Clapton and talked fashion, Kanye West and self-publishing. 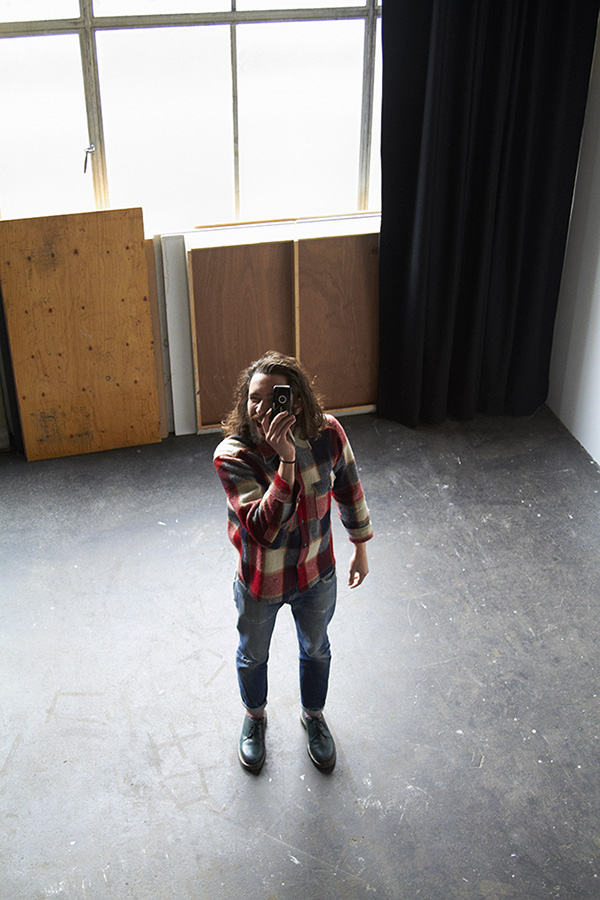 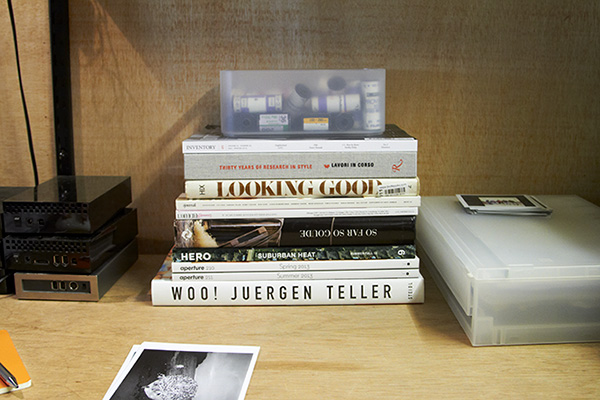 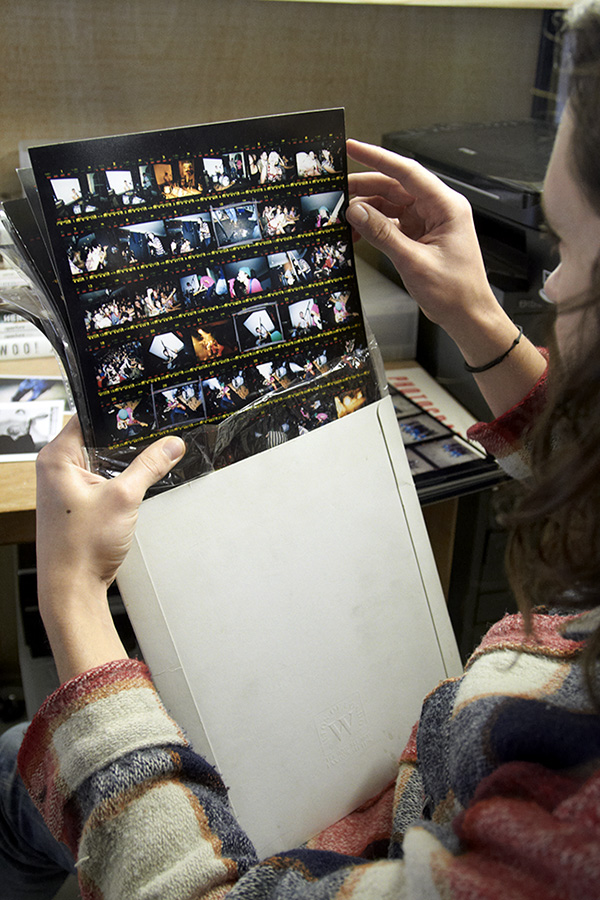 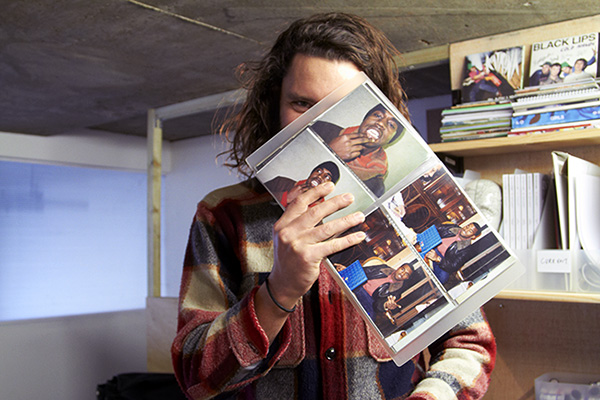 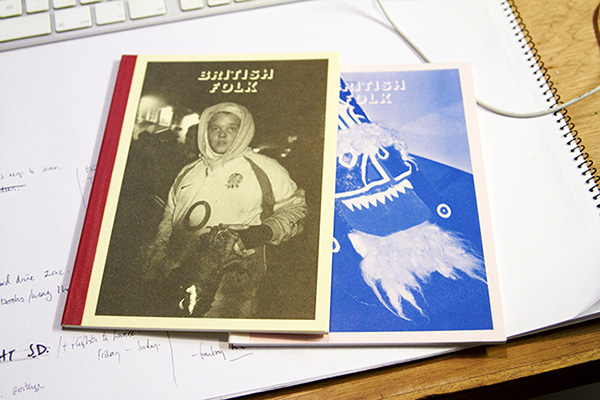 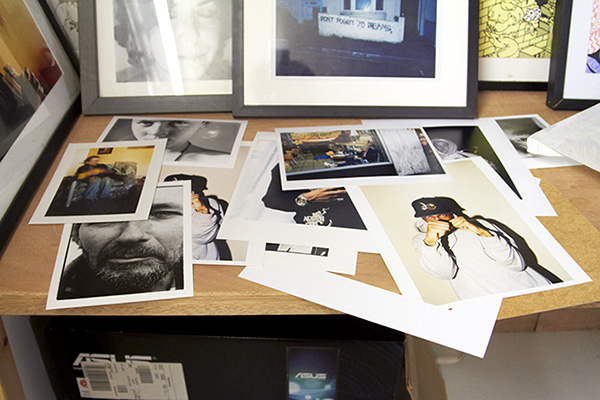 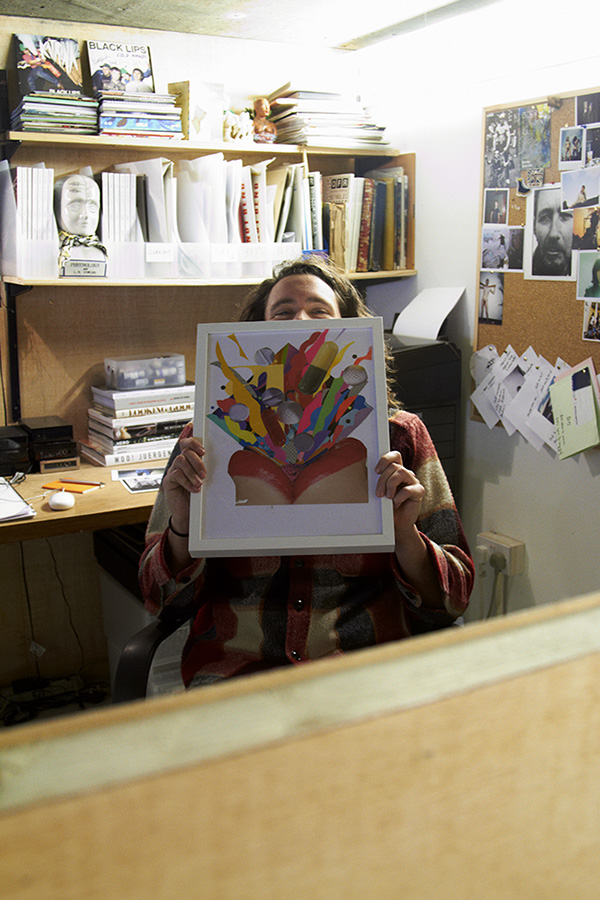 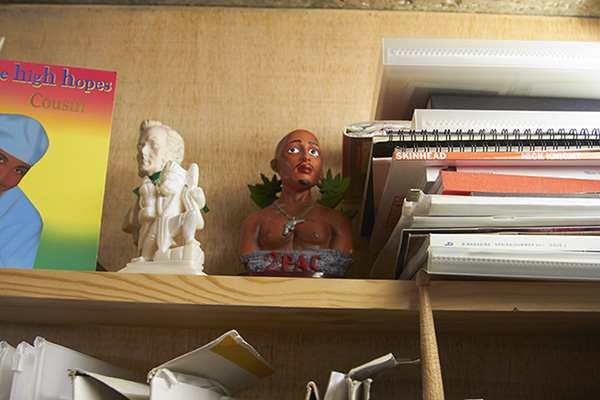 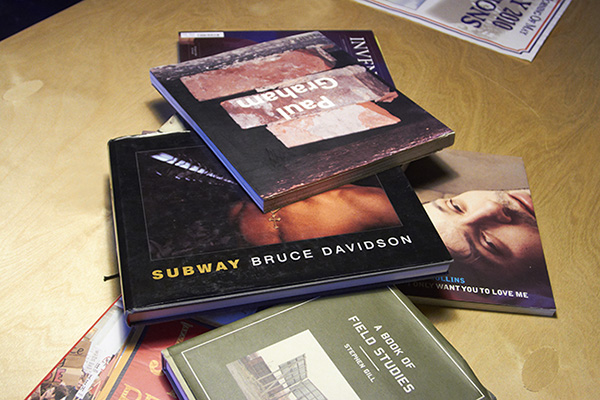 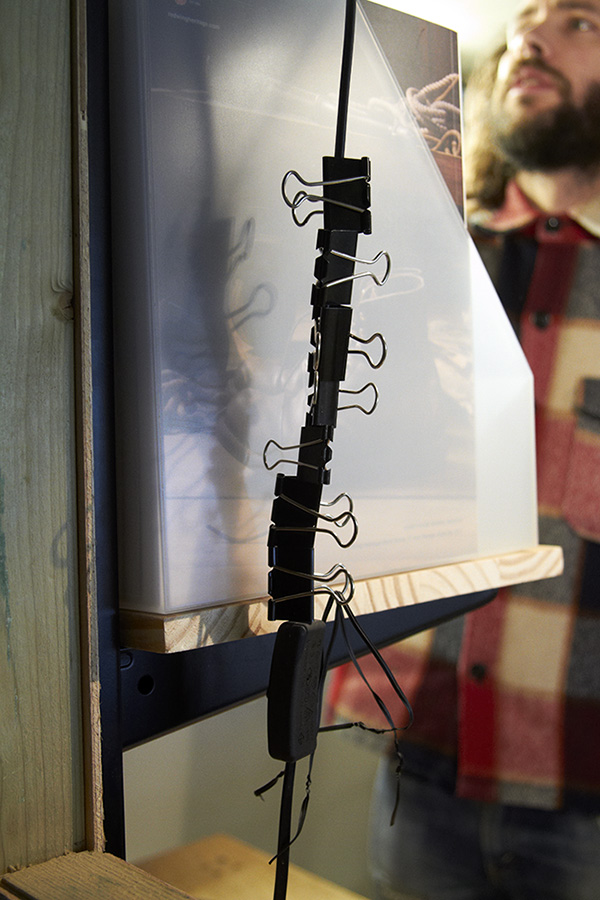 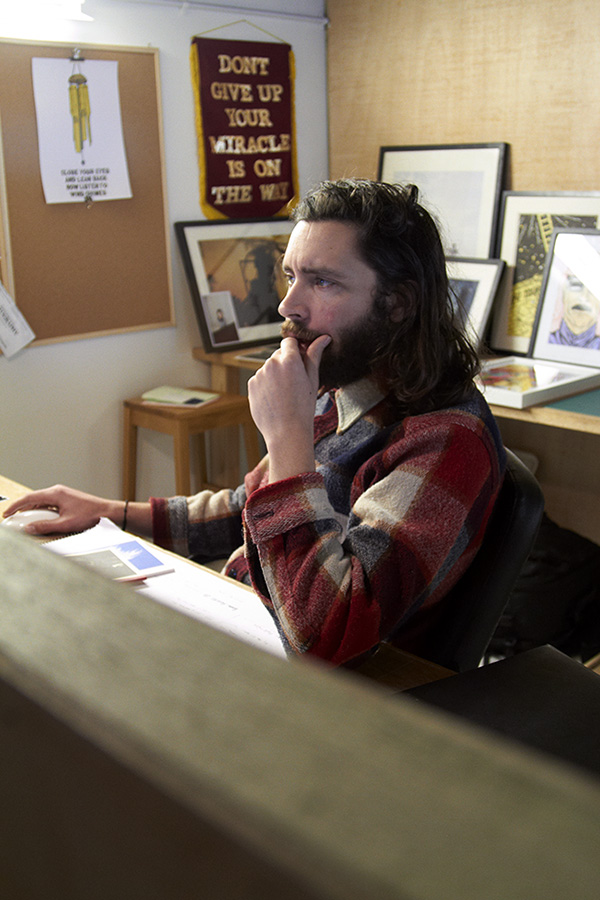 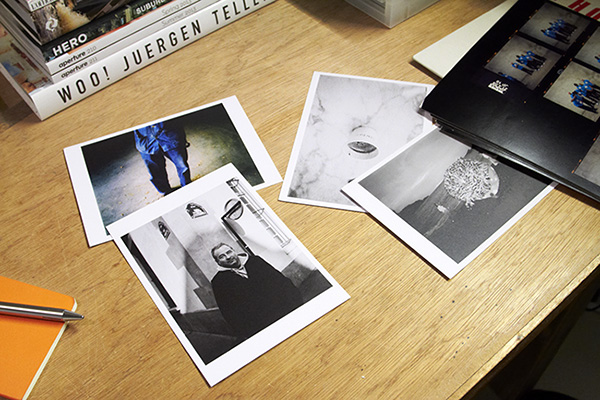 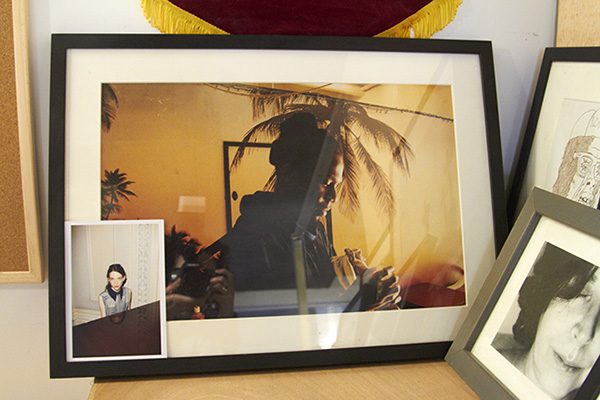 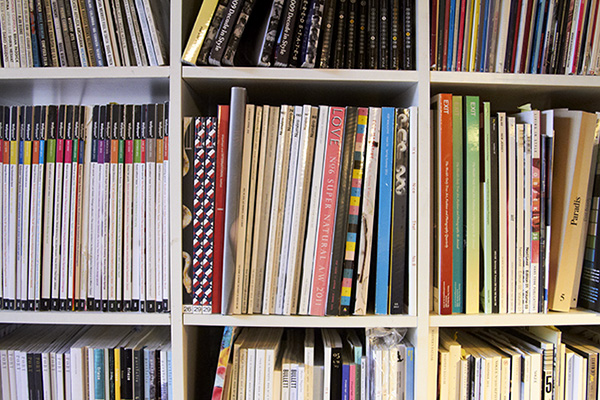 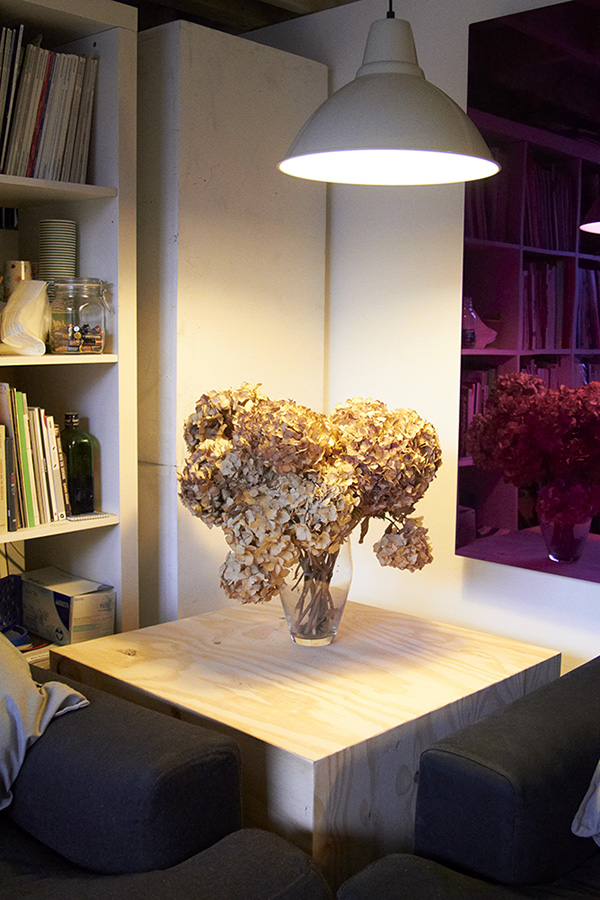 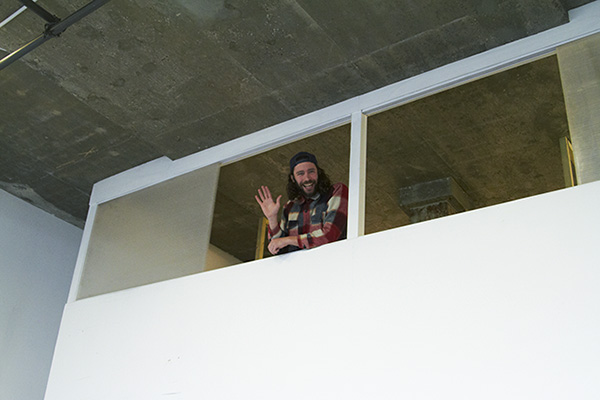 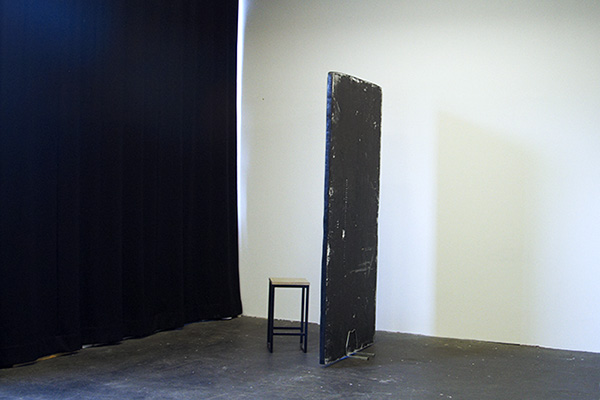 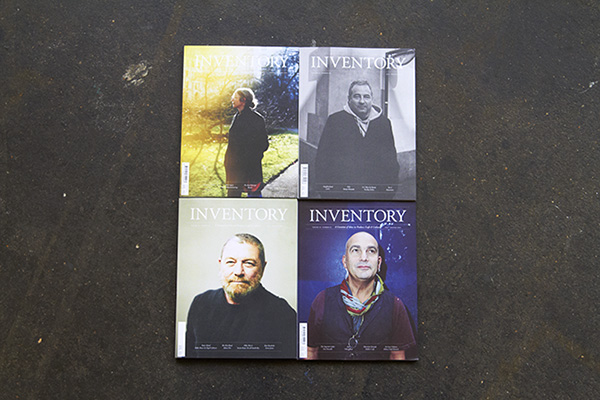 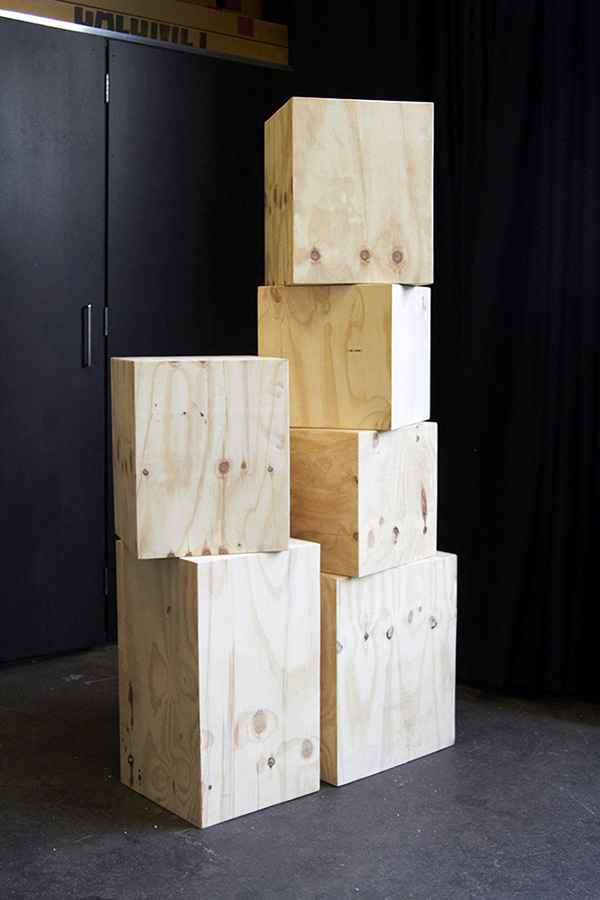 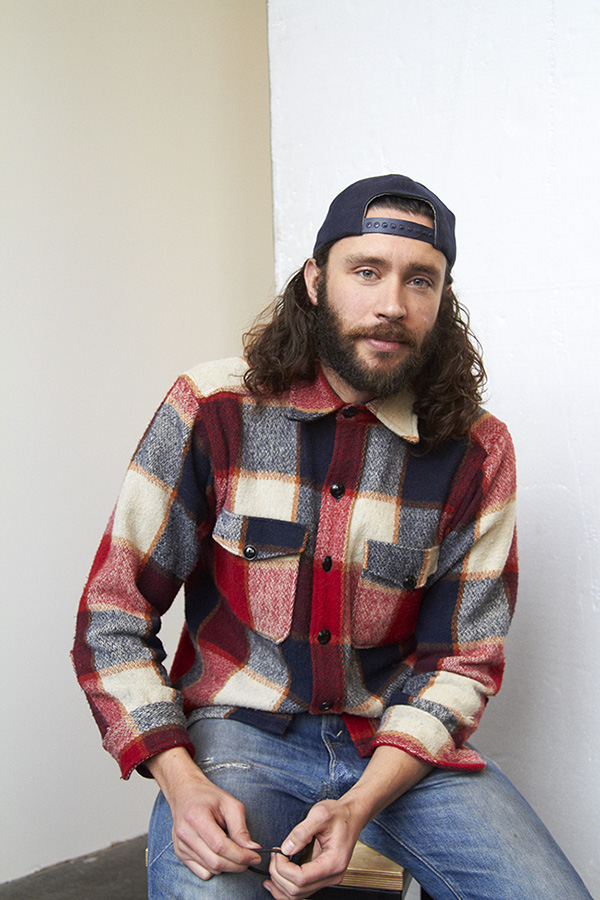 My studio is based in deepest darkest Clapton. There’s not a barista around for at least 1 square km, which I like (i’m more of a tea man). I’ve been here since around September 2012.

How would you describe your workspace?

I share the studio with 3 other photographers and one retoucher. The studio comprises of a large photographic studio downstairs and 5 desk-spaces upstairs. Upstairs, I have a desk with all my negs, hard drives and a load of other random books/zines/prints. Everything in my space is work related, pretty much, which also includes my Lady-Tupac effigy.

Tell us a little about your average daily schedule / at what time of day are you most productive?

Definitely most productive in the morning and start to lose focus towards the end of the day; that’s if i’m sat in the studio all day. My schedule changes every day; some days I will be casting, some days I will be shooting, others sat in the studio retouching, or doing the boring-but-essential admin. Having my own space that is dedicated to my work definitely helps keep me focused.

You’re currently working on the 3rd book for the British Folk series. How long until it’s finished and what can we expect?

British Folk Part Three will hopefully be released this spring. The final book in the series features the Burryman, Hunting of Earl Rone, and the Haxey Hood. The Haxey Hood is the oldest recorded tradition in Britain, basically one massive bundle! Burryman is probably my favourite out of the whole series; a man covered from head to toe in burrs is paraded around a small town in Scotland. And the final one is the Hunting of Earl Rone, a Cornish tradition which consists of a masked, sacked man put backwards on a donkey (well supposed to be but the donkey had a cold that year, gutted), then shot and thrown into the freezing sea. I’m also going to have a box-set available with 3 limited edition prints from the project. This is going to be limited edition, of around 15.

You’re an avid book collector, can you tell us about some of your favourite photo books?

Favourite book is Bruce Davidson Subway, which isn’t that rare but is out of print. I recently picked up a great book which I’ve been after for a while, Sentimental Journey/Winter Journey by Nobuyoshi Araki. The book is about his life with his wife, who sadly fell ill and died. It’s a beautiful, honest, intimate, sad book and something quite different from what I know of Araki. Another favourite book is the soon to be a cult classic I’m sure, Dalston Anatomy by Lorenzo Vitturi; a stunning photo/collage book on Dalston market.

You’ve recently shot your 5th cover for Inventory magazine, how did this collaboration come about?

I used to work at Margaret Howell and always enjoyed that kind of ‘un-fancy’ menswear; I was introduced to the guys who run ran h (y) r collective which then went on to become Inventory magazine.

What’s been your favourite commission so far?

It would have to be the Dr Martens ad campaign. We cast and shot over 24 real life DMs wearers so far; it’s been a real joy to work on, especially as it’s my first worldwide ad job.

What are you working on at the moment?

My first documentary short film for The New British, also the final British Folk book and box set is taking up most of my time right now.