On August 27, between 3:04 and 7:15 pm, Sadie Cornette Cook bent over a desk in the computer lab, scanning her breath.

Imogen Freeland – Birth of a Mother

In her series, 'Birth of a Mother', photographer Imogen Freeland documents an intimate, first-hand portrayal of newfound, unexpected motherhood.

Patrick Bienert travels to Georgia, the edge of Europe, to try and find an answer to the question of what Europe truly is.

When Tianxi Wang was suddenly forced to move back to China, he found a new life on the banks of the river Hai, taking daily walks and documenting the sense of calm relaxation.

Shane Lavalett'es 'New Monuments' was photographed in 2015 while working as a visiting artist at the American Academy in Rome, Italy.

Shaun Pierson's 'Alvine Road' loosely recreates childhood memories with his immediate family members as subjects in locations from his youth.

Born on the black market, bootlegging has become a way to express oneself not only stylistically, but politically, to the extent of forming communities.

Brooklyn-based photographer Jeano Edwards feels himself drawn back to Jamaica from his home in the US to better understand his dual identity.

Michele Vittori's 'Telepath' takes him to the Fucino Teleport, Italy and the archives of Pisa University to imagine a world between reality and perception.

White becomes black, stigma becomes beauty, a skivvy turns out to be a high priestess, and apparent footnotes to history are revealed as prominent figures. 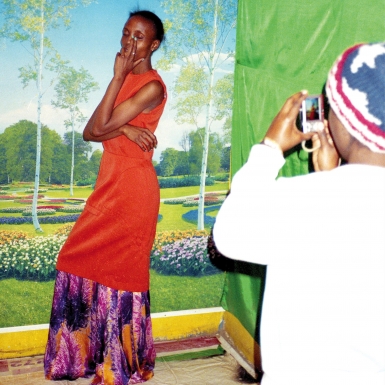 Kenya is a country with a young population, full of would-be consumers. Chaumont-Zaerpour’s 'Things People Wear in Kenya' is a photographic study of fashion as lived, worn, produced and consumed there.

Peter Funch's 'The Imperfect Atlas' addresses the passage of time and man’s continued and evolving effects on the environment through tri-color separations.